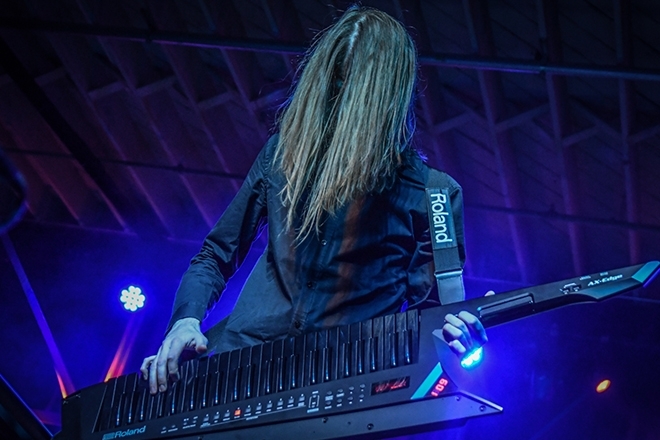 ‘Saajani 2.0’ is a global collaboration between Finnish producer and DJ Axel Thesleff together with Indian artists ShiShi and Ben Parag.

The three globetrotting musicians each bring a unique attribute to the genre-defying production that infuses classical Hindi vocals and trap sensibilities into a cinematic dance saga.

The original track created by globetrotting producer ShiShi and New York-based vocalist Ben Parag was conceptualised earlier last year — ShiShi was in the midst of a heartbreak period, and reached out to the Finnish artist to invoke his interpretation of ‘Saajani’, hence ‘Saajani 2.0’.

Aasheesh Paliwal aka ShiShi shares a few words about the process of coming together on ‘Saajani 2.0’, “I was going through heartbreak at the time and wanted to create a record that expressed what I was feeling, accompanied by classic Indian vocals. Ben absolutely nailed the vocals and then I thought about sending the track to Axel to reimagine it in his own way. What I love about Axel’s music is how emotional it is and how tastefully he showcases Indian elements and motifs. He came back with an absolutely epic version that has a really cinematic feel to it, almost like the score to the final scene of a Bollywood movie.”

Out just in time for the summer, the track evokes an emotional state with cross-cultural barriers being stripped away — Axel describes the single best himself, “I think the end result is really epic, but it also has that summery groove in the drops that gets your feet moving. It's a contrasting dialogue between more dramatic parts and lighter, dancier parts.”

Axel Thesleff & Shii Shii - Sajani 2.0 (feat. Ben Parag) is out now and you can listen below.