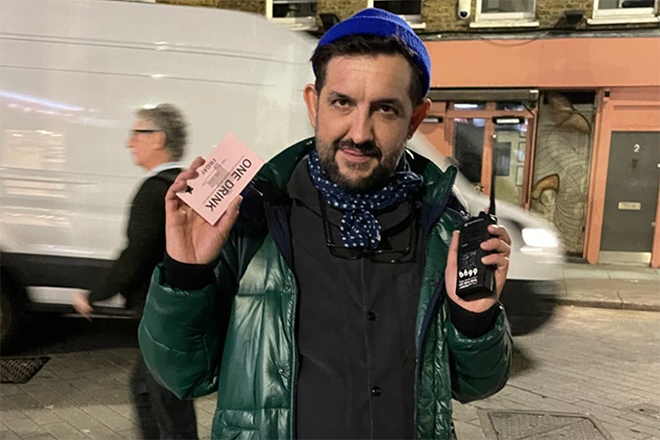 Roberts' family confirmed on Facebook that he had died on Christmas Eve (December 24), after battling colon cancer since 2019.

Marc Roberts, Shaun's brother wrote: "A ferocious, brave warrior until the very end. But your body could only take so much and you knew it was time to go. "Thank you for hanging on in there so we could make it back to say goodbye - for which i will eternally be grateful for.

"You departed this world with serenity and thankfully your pain is over. I’m so incredibly proud of everything you achieved in the tragically short time you were with us."

Former employer fabric also confirmed the news in an Instagram post on Wednesday (December 28), writing: "as a team and as a family we are devastated."

"You were the dearest friend to us, a cherished fabric family member, professional raver, passionate music lover, full of strength, determination and so much more. We love you very much and you will always be a source of inspiration."

Roberts worked at the Farringdon nightclub from its launch in 1999, taking on a multitude of roles before becoming a promoter — helping shape fabric into a globally renowned brand and aiding countless artists in their path to underground stardom.

A number of industry figures have taken to the "inspirational" figure, with Daniel Avery writing:

"Above everything else, Shaun was a true friend with an enormous heart, someone to whom I could always turn. Hilariously funny, sharp as a knife and armed with a story for every occasion."

"Shaun took a chance on me as an artist at the earliest stage of my career," he continued. "I’ve said this before and I’ll never stop: I wouldn’t be here today without the man."

Skream added: "He was literally the stem/backbone to me meeting so many people I genuinley class as friends. Always gave me a chance and ultimately always hated me staying at the club mate as we’d end up in the office"

While Hudson Mohawke took to Twitter to write: "RIP Shaun Roberts. So sad. Lot of ppl myself included owe him a great deal. Responsible for a lot of pivotal moments in ppls careers / took a lot of risks in the stuff he booked at fabric. And more importantly just a brilliant guy."

Many of Roberts' former colleagues and friends had been involved in a fundraiser last year to raise money for life-extending cancer treatment — after his stage four metastatic cancer had left the NHS no longer able to help him.

Loved ones threw a Dance For Shaun party at fabric last year, headlined by friends including Chemical Brothers, Annie Mac, Chase and Status, Fatboy Slim, Daniel Avery and Andy C to raise money for his treatment.

Annie Mac paid tribute to the "affable, fun-loving and big hearted man who was instrumental in so many DJ careers" by sharing his last message, referencing the former Radio 1 DJs' run of parties: "Love to see how much you are enjoying the new parties. Fun on your own terms and bed before 1. That’s some witchcraft right there babes x"

"We have shared so many memories and alongside so many other DJs and friends who are leaving their thoughts today, I feel very glad to have known him and am gutted that he has gone so soon. I’m so grateful to him for giving me a chance and for his unerring kindness and upliftment through the years." she added.

Shaun's brother Marc is asking for tributes to the beloved industry figure to be sent to [email protected] — in order to put together something for family and friends.

You can read more tributes to Shaun Roberts below.

When I heard that Shaun Roberts had passed away, it occurred to me that HE was my fondest and clearest memory of all the times I played fabric. Us laughing and joking around on the way to the booth or us talking shit after the show…. 1/2

Shaun Roberts was an amazing man. One of the most generous, funny and kind people. He was always there for you, always had a story to share. Thinking of his family and the many, many people who will have been impacted by this news. Rest in peace Shaun, you were one of a kind ❤️ pic.twitter.com/f3deIt3pTB

Enormously saddened by the loss of Shaun Roberts. We used to message about music often, and even at what must’ve been very low moments, he seemed to find great joy in simply talking about songs. Here are some of his impeccable shows for Amateurism Radio: https://t.co/AHFvWpqAlJ

RIP Shaun Roberts, a Fabric legend and lovely guy who gave myself and many others their first breaks at the club.