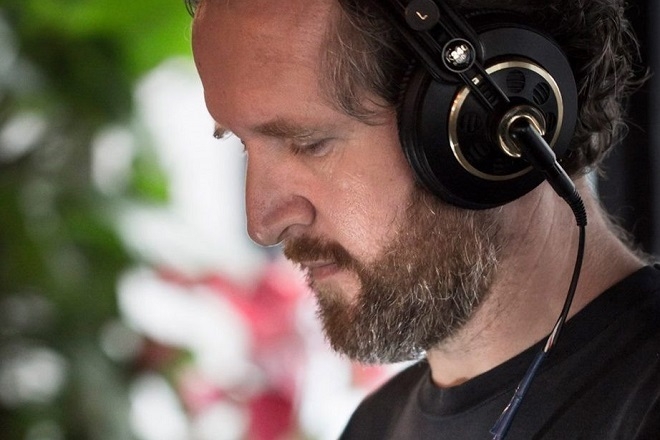 Yokohama-based label Jansen Jardin are set to release 'Yellow Monsoon' by Barnaby Bruce, a track which very nearly didn't see the light of day, having been temporarily lost in the archives.

The music was recorded a decade ago before being set aside, and fortunately, Jansen Jardin label owner Max Essa happened upon a rough demo version of the track and quickly signed it up for release. The original parts were sent over to Max's Yokohama studio where he completed the mixdown while also conjuring his own remix. Producer and percussionist Barnaby is, in fact, Max Essa's brother, so their shared love of the more leftfield end of the dance spectrum is perhaps easy to understand. If this fraternal union wasn't beautiful enough, Hong Kong resident Barnaby also co-runs the much-loved Palms & Charms label alongside another brother – Sam (who heads the Tokyo chapter of the imprint). The three siblings have been longtime Asia residents and each of them are producers in their own right, consistently releasing wonderfully eccentric sounds which are often horizontal in nature.

With its earth-shaking bass, syncopated organ stabs and swung rim-shot hits, 'Yellow Monsoon' undoubtedly has a distinct reggae influence. “I was trying for a kind of Studio One 'Rolando Alphonso' vibe, and I got Babatunji Heath in to play the drums on it,” Barnaby told Mixmag Asia. “I was originally going to release it under a pseudonym – Alphonse de Monde & Blue Lion Sound – but then other projects got in the way,” he added. “I'm very glad it's getting a release now, and the remix is great!”

And while shades of 'The Chief Musician' and Skatalites legend Alphonso are there for all to admire, here the Jamaican flavour is combined with a sun-kissed Balearic longing and a star-gazing cosmic garnish. The meandering keys and lazy beats are joined by lush synth stabs to complete the feeling of being gently caressed by warm sunlight at the ocean's edge. Max Essa's excellent interpretation remains faithful to the original instrumentation, emphasising the double-time with a solid kick while adding subtle sweeps for a dash more psychedelic charm.

Barnaby Bruce 'Yellow Monsoon' is out on November 6, available exclusively via the Jansen Jardin Bandcamp page