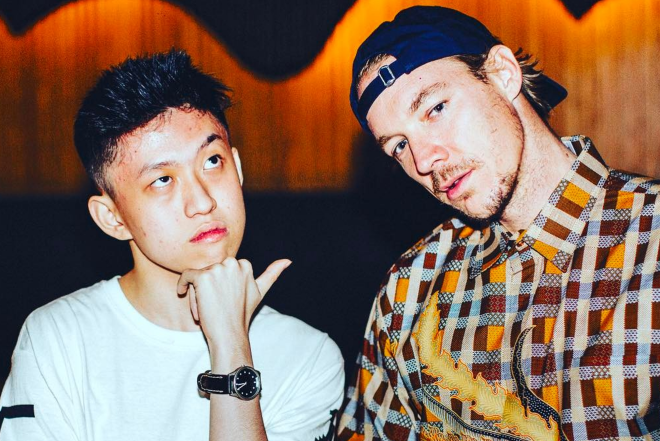 The name Rich Chigga is a bit of a buzz word right now and it’s about to get even bigger because the 17-year-old artist from Jakarta has just replaced Justin Bieber on Diplo’s ‘Bank Roll’.

The star-studded track originally featured Young Thug and Rich The Kid as well as a few verses by pop star Justin Bieber but shortly after Diplo uploaded it to SoundCloud it was pulled.

The reason given was business.

"Other artists made Soundcloud take down the Justin Beiber (sic) version because they had exclusives with him," Diplo writes on the new upload's description. "You can find it online here tho cause ¯\_(ツ)_/¯."

A new version of the tune was uploaded today and it features Rich Chigga, who is arguably Indonesia’s hottest musical export right now.

The teenager has been active and viral online since he was 11. His 2016 song ‘Dat $tick’ caught the attention of rappers like Ghostface Killah who featured on the official remix. The original video has over 50 million views on YouTube alone.

Listen to the newest version of 'Bank Roll' below.