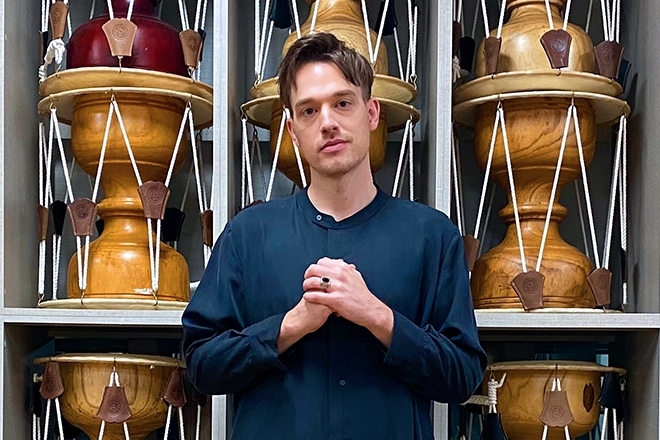 We’ve been anticipating Akimbo’s full length album ‘Dancheong Vol. 1’ for some time now, in fact since he first mentioned it to us at the end of last year when we listed him amongst five other artists as ones to watch out for in 2021.

His effortless approach to taking simplistic dance floor ethics, which are usually on the slow-groove tip and prominently heard in his earlier productions, reign strongly in Akimbo’s latest output on his label Tonal Unity. ‘Dancheong Vol. 1’ is an exquisite hybrid of experimental downtempo beats and traditional Korean instruments, bridging the dimension of ancient Korean court ball dance and modern dance floor antics.

The American producer who has made Seoul his home over the last half-decade, has spent his time experimenting with the indigenous sounds from South America and Africa to now and eventually respectfully paying homage to Korea’s neo-sense of traditionalism, in the realms of left-of-centre music.

Mastered by Takashi Kabashima at LMD Studio, ‘Dancheong Vol. 1’ is a six-track album aiming to explore the complexity of Korean instruments while harmonising the frisky sound of the ancient East and contemporary West. Each track has a purposeful theme to explore the correlating elements of Korean history as the names suggest — ‘Four Guardians’ takes name from the four mythical creatures in Korea’s deep and hefty lore: the azure dragon, the phoenix, the white tiger and black tortoise. Given the background, ‘Four Guardians’ merges the bouncy and dramatic Korean flute and strings melody-work seamlessly with the mid-tempo chug and re-sample-foray. It’s like you can feel the wild tension between the beasts brawling for territories. 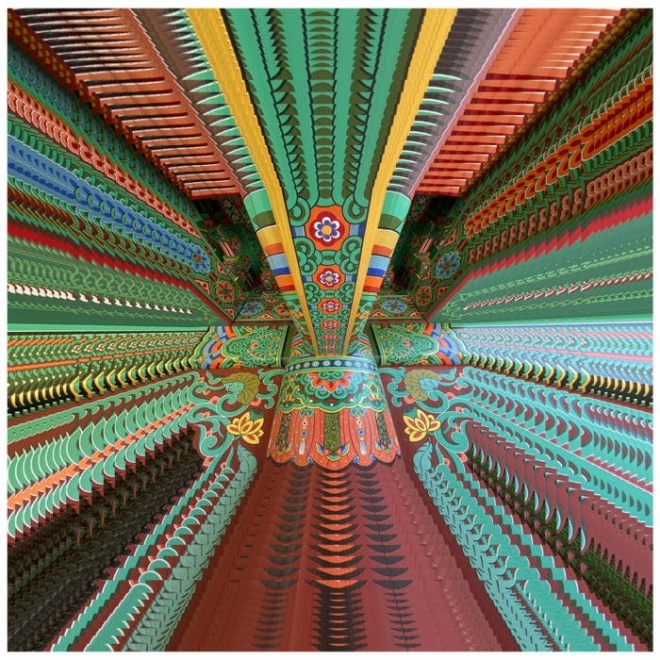 ‘Sangmo’, references a Pungmul-rooted headwear, or a hat, if you wish, oozes soulful percussion that surprises us with sure-to the-floor house mania, while accompanied by the pitchy yet adequately fit sound of taepyeongso, the Korean cone-shaped oboe. ‘Dimensional Jangdan’ is your classic trippy house track, opening with a crispy line of Janggu, the Korean hourglass drum. Progressing with what i consider a new subtlety, the distinctive drum diminishes to the side stage while making space for the acid to flow. It is no coincidence that jangan is a traditional rhythm formed by repetitive percussion. Know you now jangan.

Giving us an early peep into the release back in February, Akimbo reveals to us, “All tracks utilise Korean instruments. This one is a bit more suited to the dance floor than previous releases, and I’m pumped for it to come out”.

Akimbo ‘Dancheong Vol. 1’ is out now on Tonal Unity. Check it out here.