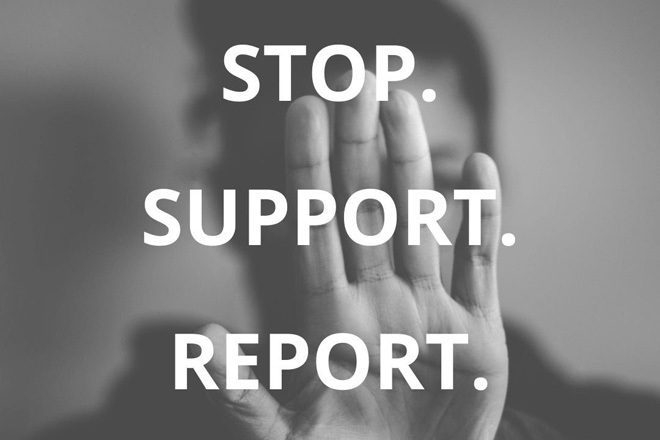 The Association For Electronic Music (AFEM) has launched a music industry Code of Conduct against sexual harassment and gender discrimination.

The Code of Conduct is aimed at companies that are members of AFEM and all organisations and professionals operating in the wider electronic music industry. It includes a three-step action plan of "Stop. Support. Report" as well as information on understanding sexual harassment and gender discrimination, the negative impact it has and how to deal with it properly and in an accountable way (you can read it in full here).

Andreea Magdalina, the founder of SheSaid.So, a global community of women and gender minorities in the music industry and partner of AFEM, said: "The CoC developed by AFEM is absolutely necessary. Our hope is that this document will dissipate any uncertainties in regards to the type of behaviour that should be encouraged or, conversely, penalised. For women and other gender minorities these lines are clearly distinct, although we understand the nuanced scenarios in which they take place and the necessary education required to reinforce them. I welcome the CoC as a firm guideline that formalises the do's and don'ts of gender-based interaction in the electronic music workplace - whether that's online, in the office, the studio or on the dancefloor."

It is hoped that the electronic music industry adopts the Code of Conduct in order to create a safer working culture, from the office to the DJ booth, and to provide a full understanding of what sexual harassment and gender discrimination is and a practical framework to stop it from happening.

Sarah Hildering, AFEM Diversity & Inclusion Group Co-Chair and Co-Author of the Code of Conduct, said: “I feel I grew up in the electronic music industry. From a very young age, I have found a home there; on the dancefloor and in the music industry. But despite my love for music, I would not wish any female industry professional or fan to experience what I have experienced throughout the years as a clubber and as someone who works in music. Our industry and culture needs to change completely, in order for womxn to feel safe to party and work in music. The Code of Conduct is an essential first step towards that change and everyone that works in music should not only honour, but live by a Code.”

Rebekah recently launched her own campaign called MeToo #ForTheMusic which includes an open letter to the music industry, a pledge for organisations and individuals and anonymous testimonies from those who have been affected by sexual harassment.

Speaking about the Code of Conduct, she said: "ForTheMusic campaign and the MeToo Movement within electronic dance music 10000 per cent back the Code of Conduct, as a global industry we have to be self regulatory and this is a giant step to implement and tackle the abhorrent amount of sexual harassment that happens in our workplaces and dancefloors. The Stop. Support. Report goal of the code is a great and simple way to do this, so many times we see harassment go unreported in fear of retribution or the fact that the powers that be will choose to not believe the accusations, ultimately protecting the perpetrator until they end up assaulting more and more people. This way we can choose to support the victims first, flipping the switch on the such discrimination.”

Mixmag has also published two new pieces of editorial to support the launch of the Code of Conduct: a call to end sexism, misogyny and violence in dance music and a conversation about the bribery, coercion and harassment that womxn working in the electronic music industry face.

The Association For Electronic Music has created a Code of Conduct against sexual harassment and gender discrimination for the music industry. Find out about it here

Rebekah has launched MeToo #ForTheMusic, a campaign to raise awareness about and combat sexual harassment and sexual assault in the music industry. There is an open letter to the industry, a pledge for individuals and organisations and anonymous testimonies by those who have been affected on the campaign's website here