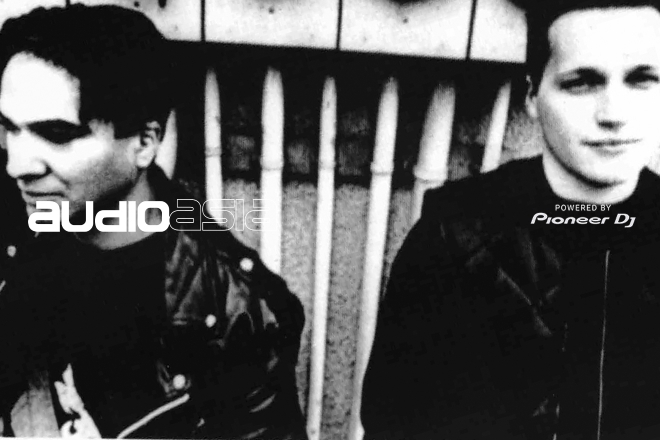 Hong Kong's Klasse Wrecks' are back with the latest in their Elegal Records offshoot series with a particularly impressive EP from production outfit, ADSR.

The Toronto-based pairing of Dominic Paterson and Todd Nickolas have previously released a sprinkling of EPs under the ADSR moniker on their own Floorshaker Productions. The duo also released two full albums – one of which landed on Cargo Records – and their varied sound signature skilfully incorporates piano-induced euphoria as well as the subtler shades of heads-down dance. It's the former aesthetic that characterises 'Haunted', a track originally released via CD-only album 'Accelerated Emotions' back in 1993, revisited here and still sounding eminently fresh set against today's nocturnal crop. The rave-ready track – which appears in a carefully remastered version on the new EP – is comprised of fiercely compelling piano stabs, choral vocals, explosive bass, and a hyper-infectious acid motif. Joining the original are two slick interpretations: a contemporary rework from label boss Luca Lozano, and a rave-infused breaks revision from Todd Nickolas himself. Also included is the previously unheard 'Menace', a stripped and saucer-eyed groover that was rescued from a dusty DAT tape in honour of the new release.

True to form, the Elegal imprint deliver a set of cuts that are each destined to cause havoc on discerning floors as the clubs (hopefully) begin to open their doors where conditions allow. Fans of the authentic '90s rave sound would do well not to sleep on this one.

ADSR 'Haunted' EP is out now, you can buy it here