Grammy-award winning supergroup Jack Ü, a dream team made up of Skrillex and Diplo, is one of the most exciting additions to the line-up at 808 Festival in Bangkok. The Grammy-award winning duo recently went double platinum with their song Where Are Ü Now with Justin Bieber.

Joining Jack Ü in the announcement are Porter Robinson and Sharam, one half of the Grammy-award winning duo Deep Dish.

Previously announced are Armin van Buuren, Axwell Ʌ Ingrosso and Oliver Heldens on the main stage, which is called the 808 Arena, and Claude VonStroke and Jamie Jones in the Sunn Arena.

The event happens on Wednesday December 9th, 2015 (the day after is a public holiday) at the BITEC Convention Center in Bangkok. Doors are at 5pm and tickets are already on sale on the website for ฿2,500.

Check the full poster below. 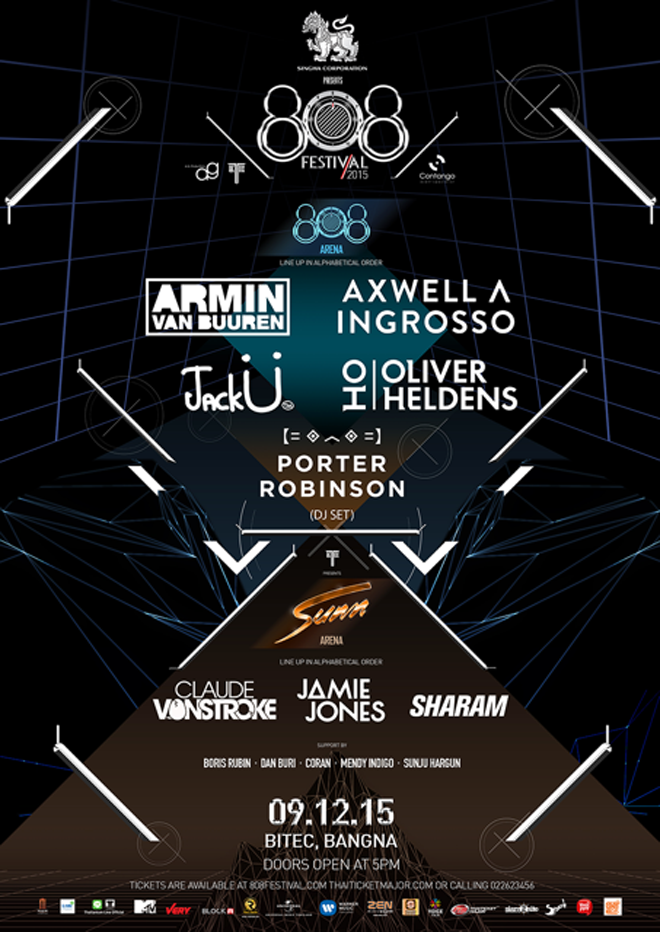