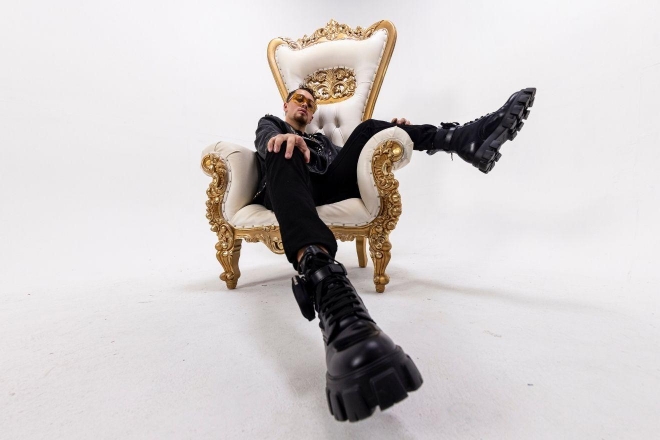 As festivals crawled their way back in the western hemisphere, so did festival bangers — like this one, which boomed like the Sahara sun all the way to the east. ‘Do It To It’ by ACRAZE via Thrive Music has become a global hit with a massive craze on social media platforms, streams and the top charts. The track has been seen plastered all over TikTok with over one million creations, and it has also held its continued billing as #1 on the Shazam Global Top 200 charts with a daily growth rate of over 100 million streams on Spotify.

ACRAZE’s track takes a sample from Cherish’s 2006 single ‘Do It To It’ and churns it into a pulsating house track with a sultry bassline. Prior to inching its way through main stages around the world, it was also one of the most talked-about ID tracks since August of this year. Over the last couple of months, the song has made its way through countless sets, including Zedd’s explosive version that he dropped for the first time as he opened his set at EDC Vegas. Zedd infuses ACRAZE’s version of ‘Do It To It’ with one of the theme songs from ‘Squid Game’, Netflix’s number one all-time hit series. Check out Zedd’s opening number at EDC Vegas of the exclusive remix below:

The song has also seen multiple shares in the Southeast Asian region with videos booming from TikTok creators in the Philippines and Indonesia. You can check out some of their videos below:

American based artist ACRAZE aka Charlie Duncker has been working around the DJ circuit for some time across the US as he develops his sound and collaborates with other producers. Over a short period of time, he has proven his growth and is set for a future amongst one of the big players. His initial tracks carry a high-energy bass sound, but in recent times, he has now transitioned into a more sophisticated palette in his newfound house approach. And today, ‘Do It To It’ could be the song that closes the end of 2021 with a bang.

“I had no idea that releasing this single would be such a surreal experience. My goal was to create a song that would be enjoyed by people of all ages and brings everyone together no matter where they come from. I stumbled upon Cherish’s track while scrolling on Instagram and I immediately felt that I could build a new track using that chorus.” - ACRAZE

Check out ACRAZE’s music video for ‘Do It To It’ below: