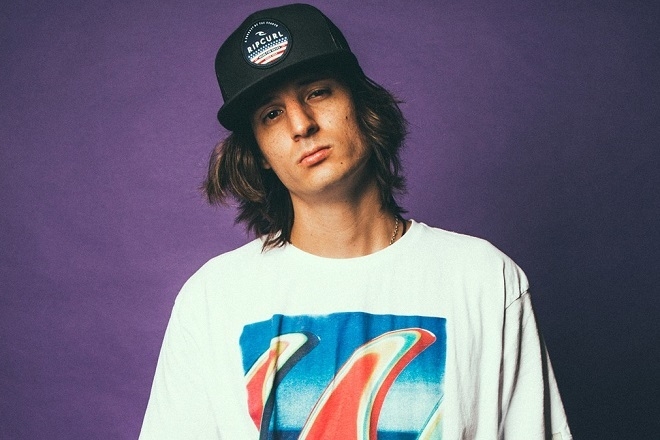 The always savvy 88 Rising crew have reprised their 2018 monster hit 'Midsummer Madness' for 2020, this time giving the party-ready song an all-new reggaeton flavour.

In a move that seems likely to be aimed at expanding the brand's popularity in the hugely lucrative Spanish-speaking Latin American market, Venezuelan singer, songwriter and producer Danny Ocean enters the fold to add his distinctive Latino magic. He is joined by the original protagonists of 88 Rising cast Joji, Rich Brian, Higher Brothers and AUGUST 08 to breath new life into the anthemic “fuck the rules” chorus. The original version – which generated more than 420 million streams – made it to the pole position of the Spotify US and Global viral chart and earned 88 Rising their very first collective RIAA Gold certification. It will be interesting to see if this new version can match, or even surpass this measure of success.

To spice things up on 'Midsummer Madness 20', Rich Brian and AUGUST 08 lace the cut with some new verse action, and Danny Ocean contributes some well-placed English and Spanish vocals that blend well with the attitude of the song. The end result is a laid-back sunshine jam that's perfect for summertime vibing, and likely to bring the 88 Rising sound to a whole new audience. Rich Brian was thrilled with the result, and was in typically confident mood when he purred about the production.“This was exciting for me to do because it sounds like an entirely new song and I got to show off my sick singing and skills and my Spanish,” he said in advance of the release.

The inclusion of Danny Ocean ensures that the track can truly be described as international, and the same can be said about Danny himself. A lesser-known fact about the breakout star is that he spent much of his childhood living in different countries, including a long stint in Japan where – adding to his fluent mastery of English, Spanish and French – he learned to speak Japanese at a high level. Discussing the release, Danny couldn't wait to add his mark to the music. “From the first moment, I got caught by the minimalist melody and the lyrics of the chorus,”he said. “I thought it was forthright and risky. I found it interesting to see how it sounded with a reggaeton beat and a Caribbean flow.”

Once again, cross-over pop alchemists 88 Rising show the world that their dexterity at blending the best of Asian talent with shining stars from the international circuit represents a force to be reckoned with. So, let the 'Midsummer Madness' begin again... And this time, with a Latino twist!

'Midsummer Madness 20' is out now from 88 Rising. You can listen and buy it here