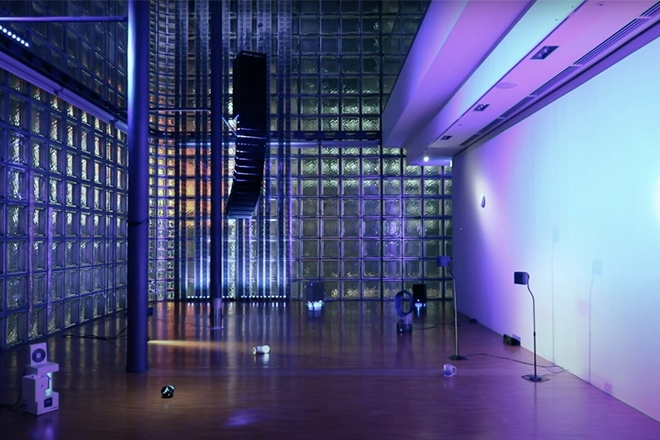 Originally created and composed for Nile Koetting’s installation titled ‘Sustainable Hours’ back in 2016, London-based Japanese artist and curator Nozomu Matsumoto has finally released the soundtrack that has garnered much attention across both the art and music worlds. The installation was part of an exhibition for ‘Les Liaisons ambiguës’ at the iconic Maison Hermès in Ginza, Tokyo, designed by Renzo Piano. It was a multidisciplinary showcase of visual arts and sound that explored the symbiosis of various artworks and the human body.

Matsumoto’s contribution comes in the form of an ambient soundtrack which he has now condensed from a six-hour piece into five shorter compositions, and it comes as a follow up to his previous ‘Climatotherapy’ LP from 2018. The overall feel is ambient-electronica — beatless and reflective moments of mellow audio therapy, with sparse artificial vocals of punk-induced lyrics and animalistic sounds.

The soundtrack for Koetting is perplexing and esoterically emotive, which makes one reminisce on the sounds of Brian Eno or Erik Satie’s classic works. Some of the art-objects used included a Dyson humidifier, an aroma diffuser, a wireless LAN system, line array sound system, a home theater speaker and a robot selected and purchased based on a recommendation of Amazon’s algorithm. The connectivity of these devices was intended to create a sense of timeless space, which is easily noticeable in Matsumoto's soundtracking with his gentle and subtle use of ambient pads that subversively clash with the synth-voice spoken words of punk lyrics.

While the original six hour masterpiece is available on a credit-card style USB, the shortened five-track soundtrack is on double 12” vinyl here.