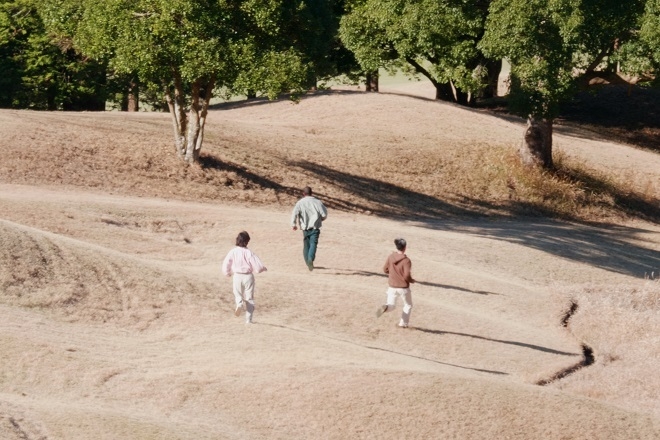 Respected Japan-based underground purveyors Powder, 5ive, and Andry have announced the imminent release of their debut album under the 5AM moniker.

Momoko 'Powder' Goto has long been making waves internationally – thanks to her uncompromising approach to the DJ form, her compilation mixes for Beats In Space and RA, and her captivating releases on the likes of Cock Tail D'amore and ESP Institute. Venerated producer 5ive is perhaps best known as being one half of the Cos/Mes duo, whose intoxicating music has featured on Funiki, ESP Institute, and Endless Flight, among others, while Andry is a talented multidisciplinary design artist. The trio have been long-time friends, and their exquisite coming together as a studio force feels like a logical creative progression.

'Pre Zz' contains 10 all-new tracks along with a re-mastered version of 5AM's debut single, 'Today'. The collection was recorded over an extended period throughout 2020 and 2021, sometimes the result of collaborative studio jams, and other times via remote work. Meditating on concepts relating to time, observation, atmosphere and listening-space, the introspective collection arrives in the form of a blissed-out waking dream. “The album captures the moment of changes – pre something – as like before a sleep after a long stay up,” say the band of the release. According to Powder, the music contains “some small sprinkle of melancholia, but it’s also funny as well,” with the unexpected sounds and textures designed to raise the occasional smile among listeners. The nuanced music has been crafted to be perceived differently with each listen, depending on the environment in which it's being enjoyed, as well as on the chosen listening device.

Single 'Loosing My Mind' is the first track to be made available from the album, its playfully neurotic vocal combining with dream-like chords and wide-eyed synth licks. The entire collection revels in unabated experimentation, from the ambient waves of opener 'Early' to the crooked lullaby of 'B', the quirky energy of 'HOT!' through to the paranoid pop of 'Coffee Milk'. An eminently coherent and refreshingly abstract body of work, the meandering aural waves elegantly seduce the listener into a psychedelic dream state.

'Pre Zz' is released digitally on August 31 before arriving on cassette and vinyl in September and December respectively. You can buy it here