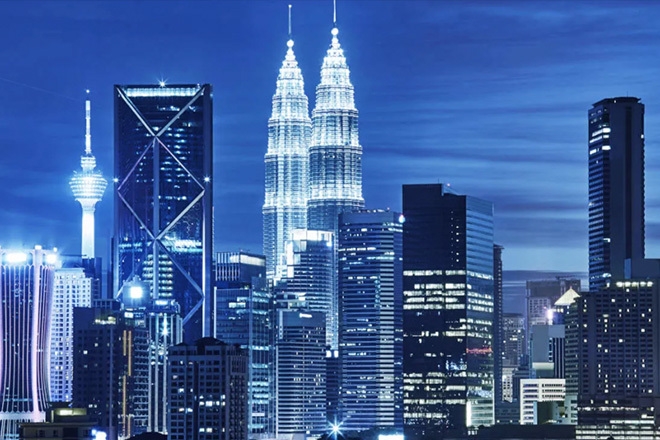 A record breaking attempt for a live stream called Independence 2020, that intends to last 228 hours with 124 DJs, starts today.

The event is being recognised by the Malaysian Book of Records, from today (August 21) until August 31 2020, 124 Malaysian DJs will showcase their sets seamlessly, without any breaks, crossing a variety of genres including house disco, trance, afro latin, handbag house, hip hop, techno, progressive, Tamil, Dangdut and bhangra.

The 11 day programme will include DJs from all over Malaysia, starting tonight at 10pm and ending at 12am on Sunday, August 30 to ring in Merdeka Day, the official Independence day of Malaysia.

The idea for the record-breaking event was spurred from the suffering that artists and the entertainment industry have been facing in Asia, as well as globally, with the overall initiative being support and unity.

Comparatively, earlier this year, 3 Italian DJs attempted a 336 hour stream from Milan while under quarantine. However, DJ Obi from Nigeria still holds the Guinness Record for the longest DJ set, paying for a whopping 240 hours. That’s 10 days of playing records non-stop.

Independence 2020 starts tonight at 10pm (GMT+8) with Malaysia's oldest DJ, Charles B kicking off the live stream with retro tunes. Update and more info can be found here. 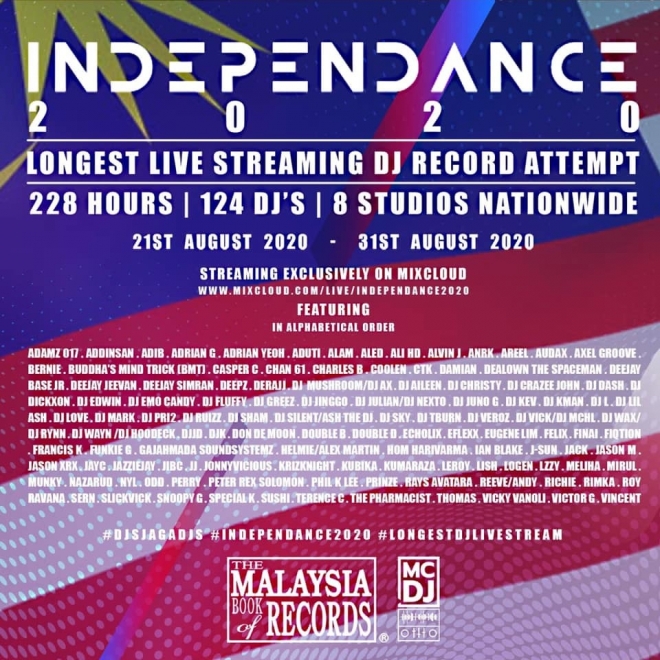