Moroccon beatmaker, guitarist and producer — Saib has carved up a pretty nifty niche for himself in the lof-fi and beat-producer realm.

Just like his hometown of Casablanca, his music is resonant of a cultural melting pot that weaves together to create a worldy vibe that is never short of a good groove. His sampling techniques are flawlessly fresh, and usually smothered with a humble gloss of jazzy licks and Asiatic textures.

His reputation for live beat making with the simplest of tools has grown him a wide and loyal audience — have a listen to him churn out a smooth jam on his Roland SP40 here.

Saib is also an anime-buff: his early works were heavily influenced by anime sounds and soundtracks, and he even incorporated that into his early release artwork. That same influence still remains in more recent works; his second most recent album ‘Bebop’ from 2017 is an ode to one of his favourite anime films Bebop Cowboy.

So it only seemed fitting that we found out more about some of the most influential and must know anime soundtracks and the composers and producers behind them. With plenty of the years of growing knowledge of anime as well as the slew of related releases behind him, we turn to Saib, a true Otaku, for this week’s Yum Cha Chats to get our anime soundtrack fix. 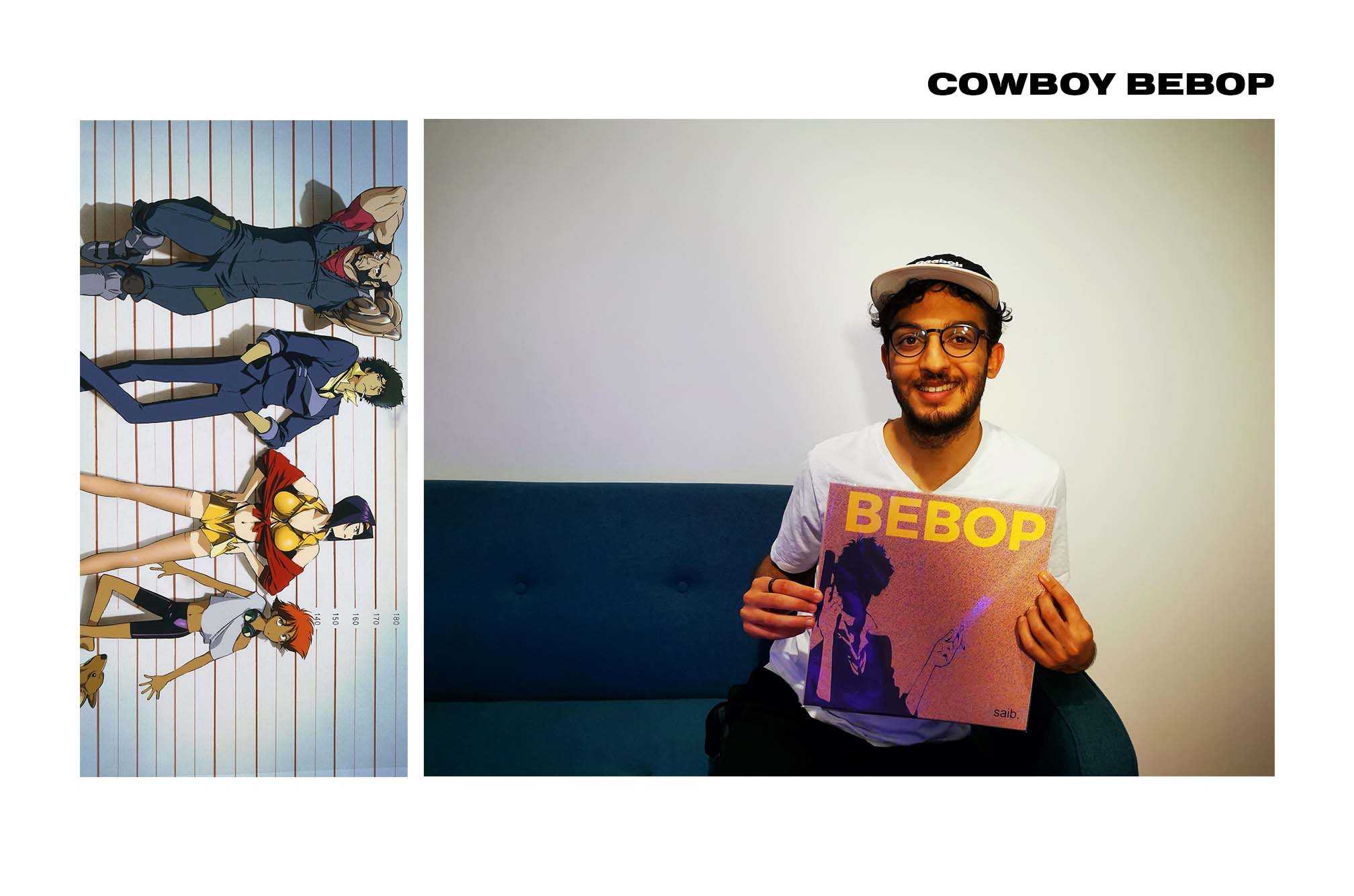 One of my favourite anime is without a doubt “Cowboy Bebop”, which was directed by Shinichiro Watanabe and the soundtrack was composed by Yoko Kanno.

Cowboy Bebop is set in the year 2071 and tells the story of bounty hunter Spike Spiegel and his crew, who travel space in a craft named the Bebop. The soundtrack was scored by Yoko Kanno and the ensemble she formed to perform the music of the series called 'The Seatbelts'. Anime soundtrack always amazed me when I was younger and each time I’d check the composer for a series I liked, I would find Kanno behind it. Through music she added so much emotion in almost every scene of Cowboy Bebop which kept the series popular even 23 years after it came out. When I first started making music, I wanted to capture the essence of Cowboy Bebop the same way as Kanno did, so I worked on an album 'Bebop' that blends hip hop and jazz, but also remixes of some of the main themes of the anime! 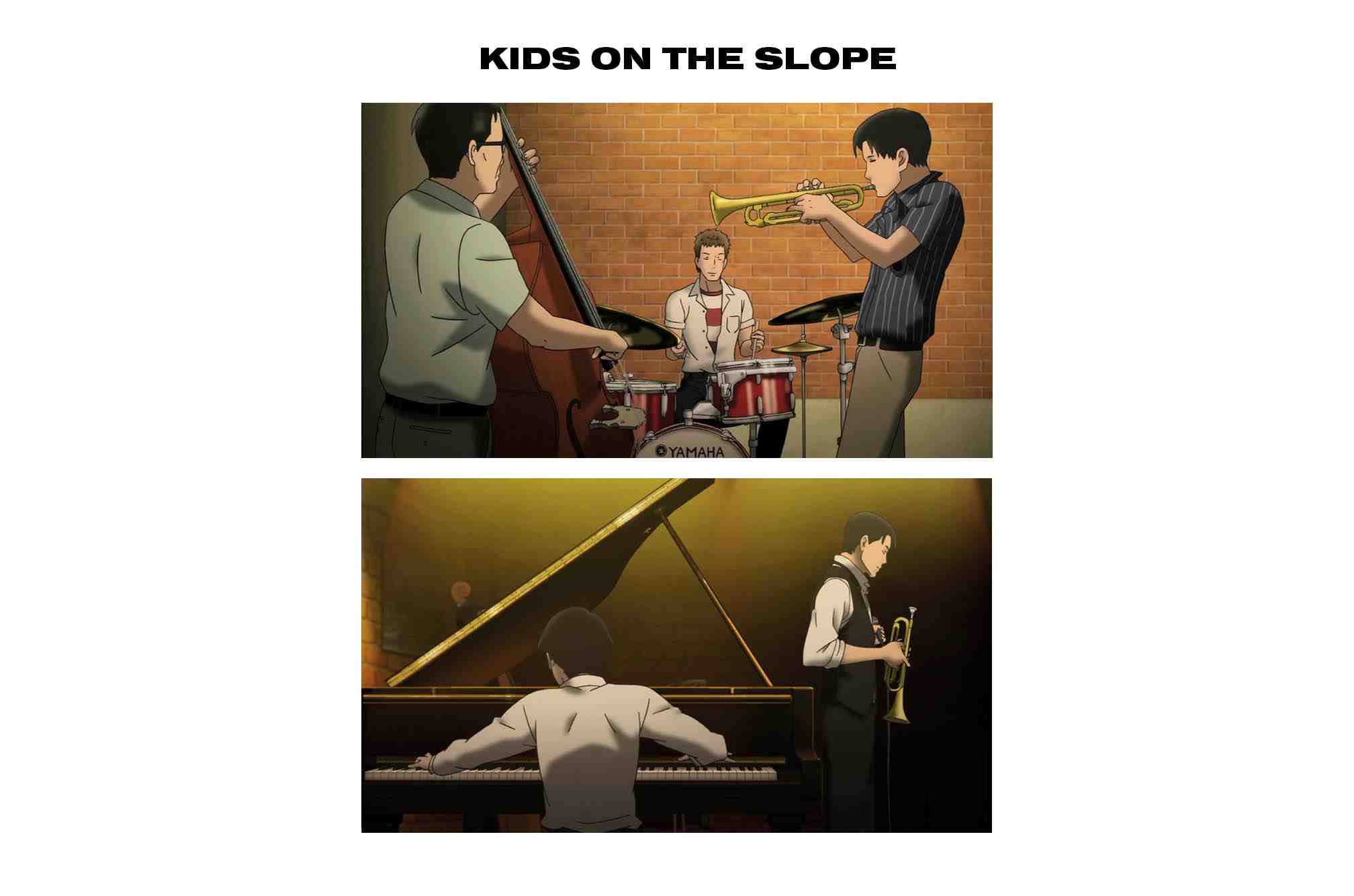 Another anime film and series that comes to mind that I consider a classic is the Neon Genesis Evangelion series. The soundtrack was scored mostly by Shiro Sagisu.

Neon Genesis Evangelion is a classic amongst the classics, and no one could have done it better in terms of soundtrack scoring than Shiro Sagisu. I kind of grew up listening to Sagisu’s music throughout anime like Bleach, Berserk or more recently Attack on Titan. When I was a kid, I used to sneak to the living room late at night and quietly turn on the tv to watch Evangelion. I was always waiting for the ending credits to listen to the different version of “Fly me to the moon”, which was in a way, my first introduction to bossa-nova and Brazilian music, that later influenced me heavily in my work. 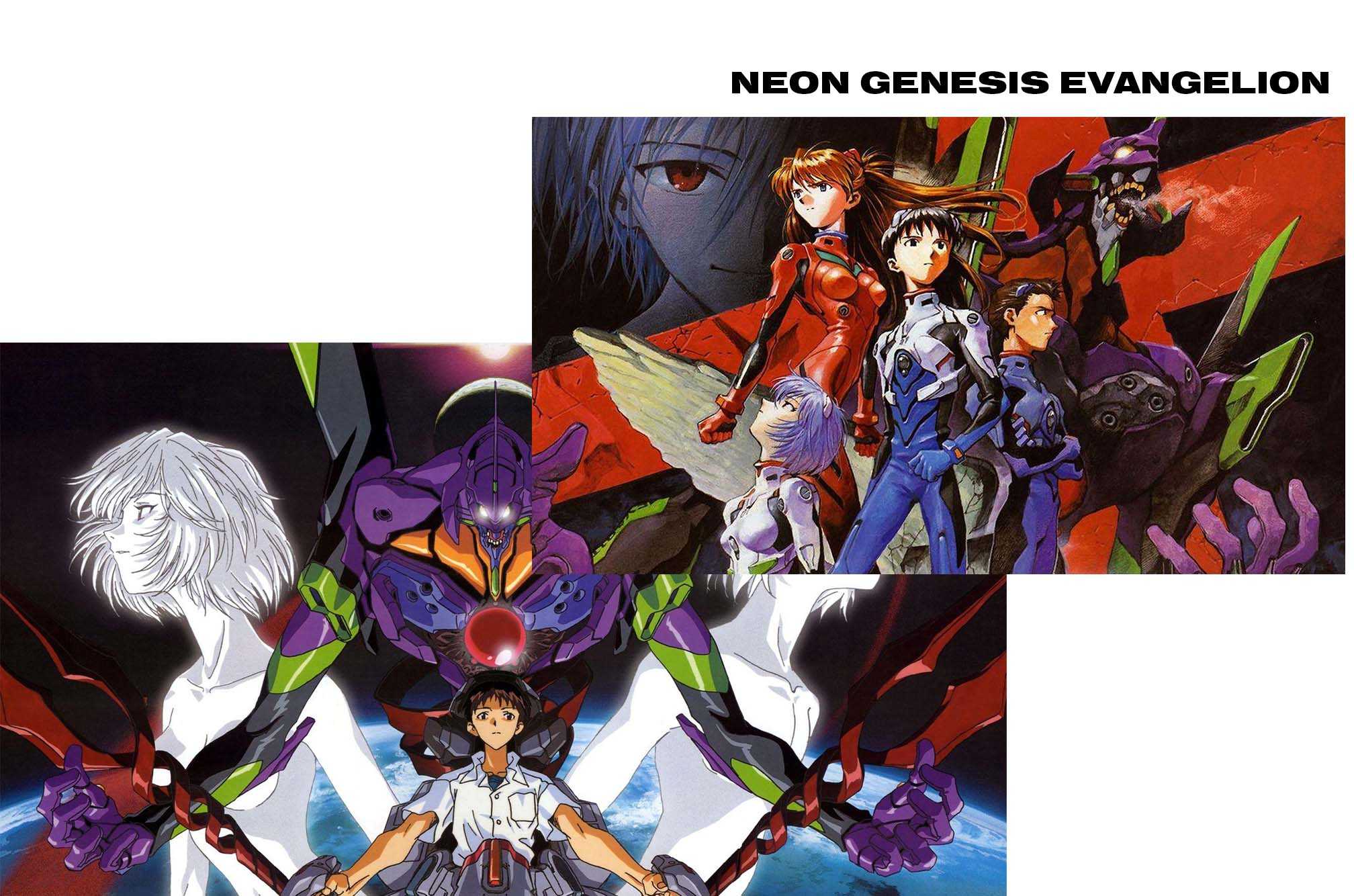 “Samurai Champloo” is probably one of the series that influenced me the most musically. The music was made by Nujabes, who is a legend amongst japanese hip-hop producers.

“Samurai Champloo” in a nutshell is basically a very cool story about Samurai fighting with amazing jazzy hip hop beats as a soundtrack. Jun Seba or Nujabes was the first artist that got me into producing laid back beats and made me want to produce my own sound. I think a lot of producers will agree with me on this when I’ll say that his song 'Aruarian Dance' always gives you goosebumps on the first listen! Back in 2018 I took a trip to Tokyo and a friend of mine ended up taking me to the restaurant of Seba’s brother. Honestly, it was like a dream to me having ramen at that place and seeing pictures of Nujabes with his signature on the walls of the restaurant. Later on, my friend told me that the owner plays some of my beats regularly to his customers and it just makes me so proud to see how far music can take you! 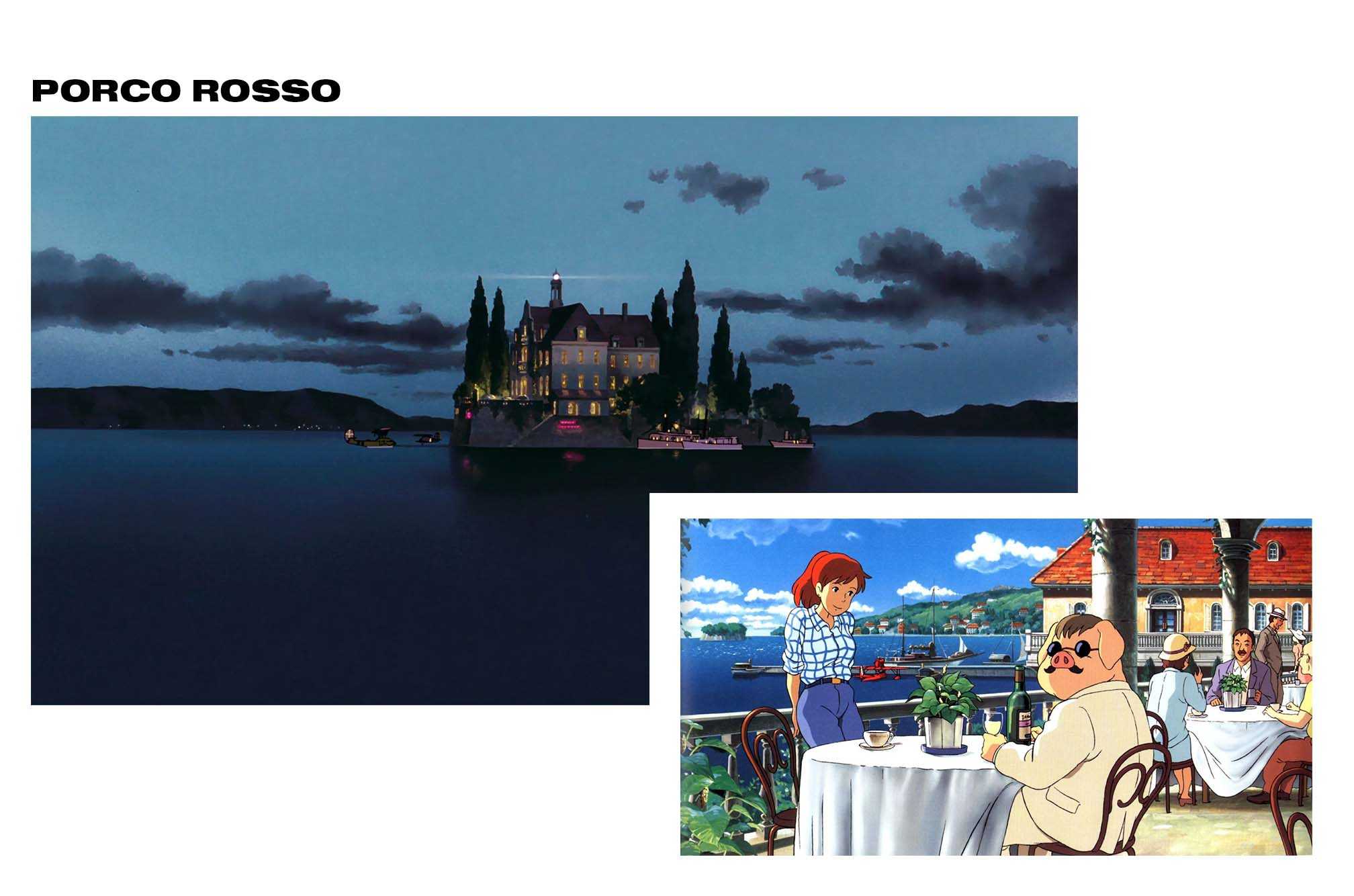 An anime that I really enjoyed watching and me fall in love more with jazz is called 'Kids on the Slope'. The series is also an amazing collaboration of director Shinichiro Watanabe and music composer Yoko Kanno.

Kids on the slope is a story of a high school introvert that discovers jazz throughout his new friendship with a classmate. The story is beautifully narrated and the mix of jazz covers and original compositions made it even more special. One scene that I love is in the last episode where the two main protagonists reunite by playing 'Moanin', a jazz classic by Art Blakey and the Jazz messengers. Kids on the Slope introduced me to a lot of jazz songs like 'Blowin the Blues Away', 'Satin Doll', 'My Favourite Things' or 'Someday My Prince Will Come'. Growing up in Morocco, jazz was not something that I would necessarily be exposed to, but anime played a huge role getting me in the world of jazz which later inspired me to produce my own music! 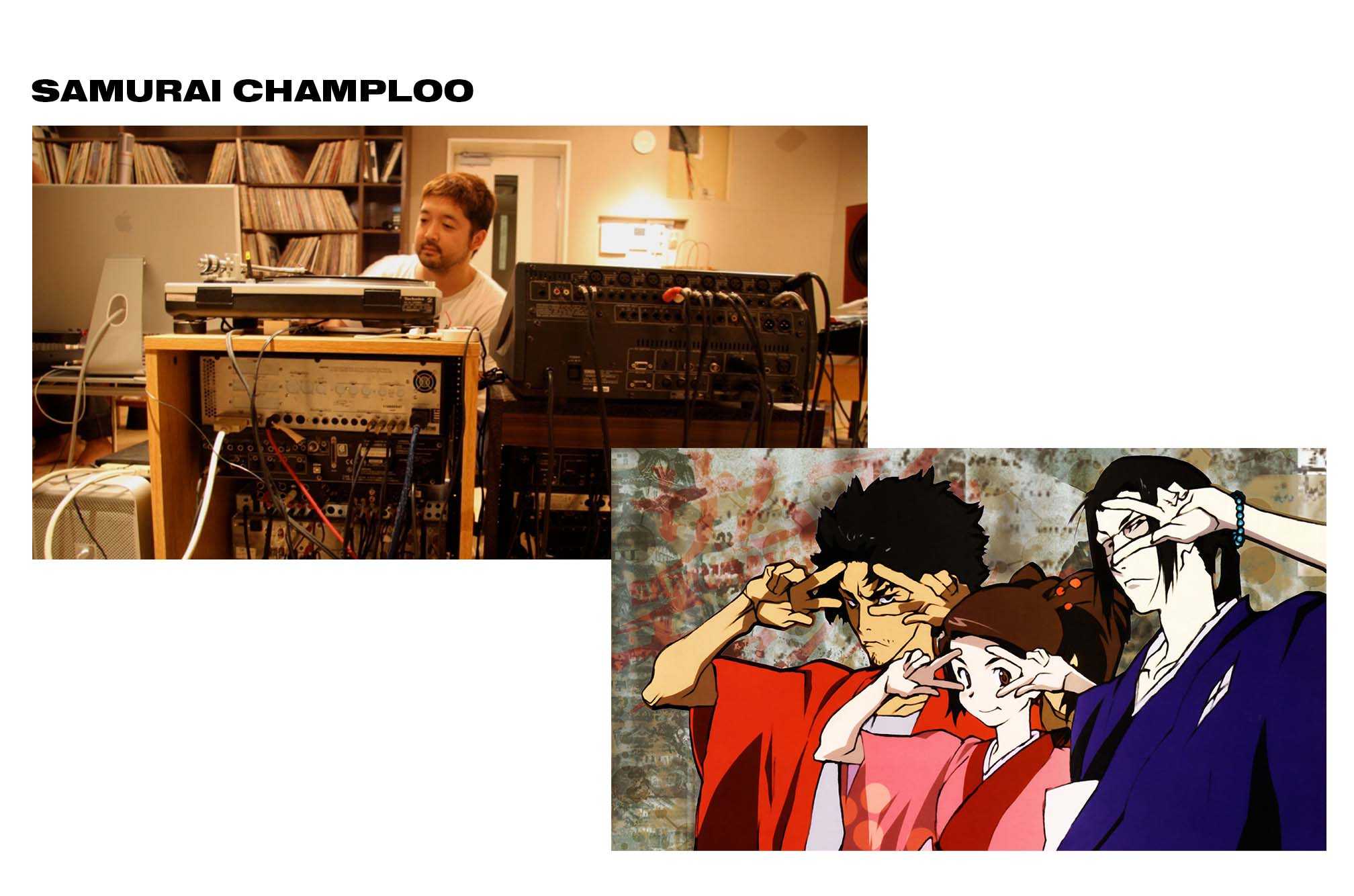 I always loved Studio Ghibli movies since I was a kid! My favorite one is Porco Rosso which came out in 1992 and the music was scored by the infamous Joe Hisaishi.

Hayao Miyazaki’s 'Porco Rosso' tells the story of a World War I fighter pilot who lives as a bounty hunter in the Adriatic Sea, however, due to a curse, he turned into a red pig. The soundtrack was made by Joe Hisaishi, who composed most of Studio Ghibli’s soundtracks. His unique sound and piano scores rocked me throughout my childhood and made me enjoy classical music from an early age!