For more than two decades, Pig&Dan have been jamming in the studio, producing musical adventures that hold their signature sound. The only thing they’ve been doing for longer than that is street art. “My passion for street art stems back to my childhood from when I used to look up at the trains in the New York skyline on my way to kindergarten in Brooklyn in the late 70s,” says Dan Duncan. “I was fascinated by the vibrant colours that stood out in colourless backdrops.”

But it wasn’t until his move back home to London that he really started to pay attention, especially with the rise of Banksy creating art around his area of London. “I started to see images that held a message and I really took a liking to.”

“In 1999, I moved to Spain however was desperate to find a way to have something like the art I had started to relate to again on my walls and found myself getting more involved with that whole crew of artists that later on became the forefront of the street art revolution.”

In 2004, his passion for art started to become a major part of his life outside of music. “With my friends financial backing and me becoming closer to Banksy’s group of friends we found ways to purchase originals and prints that others had no way of sourcing. It grew more and more and to such an extent that eventually after years of collecting we were able to create one of the largest and most extensive collections of original Banksy paintings to date.” Today, Dan’s extensive collection of Banksy originals and prints sits in the Moco Museum in Amsterdam that sees 350,000 visitors per year.

As the years passed and Dan was touring the world as Pig&Dan, he always made a point to find new art while travelling. “I was able to meet and hang with incredible artists such as Os Gemeos when in Brazil plus Beejoir and Alex Face when in Thailand. I built strong friendships with many artists who were part of an international brother/sisterhood, which reminded of the underground music scenes I had been part of all my life.”

Fast forward to today, and lockdown has proven a creative time for Pig&Dan, and their ELEVATE imprint continues to grow with its landmark 150th release due out October 23, which the guys are celebrating with their ‘Existence’ EP. In the meantime, we asked Dan to provide us with some reading material in the form of the best street artists around the world that he thinks you should know about.

"These are not in order of preference because I could name a hundred artists I adore..." 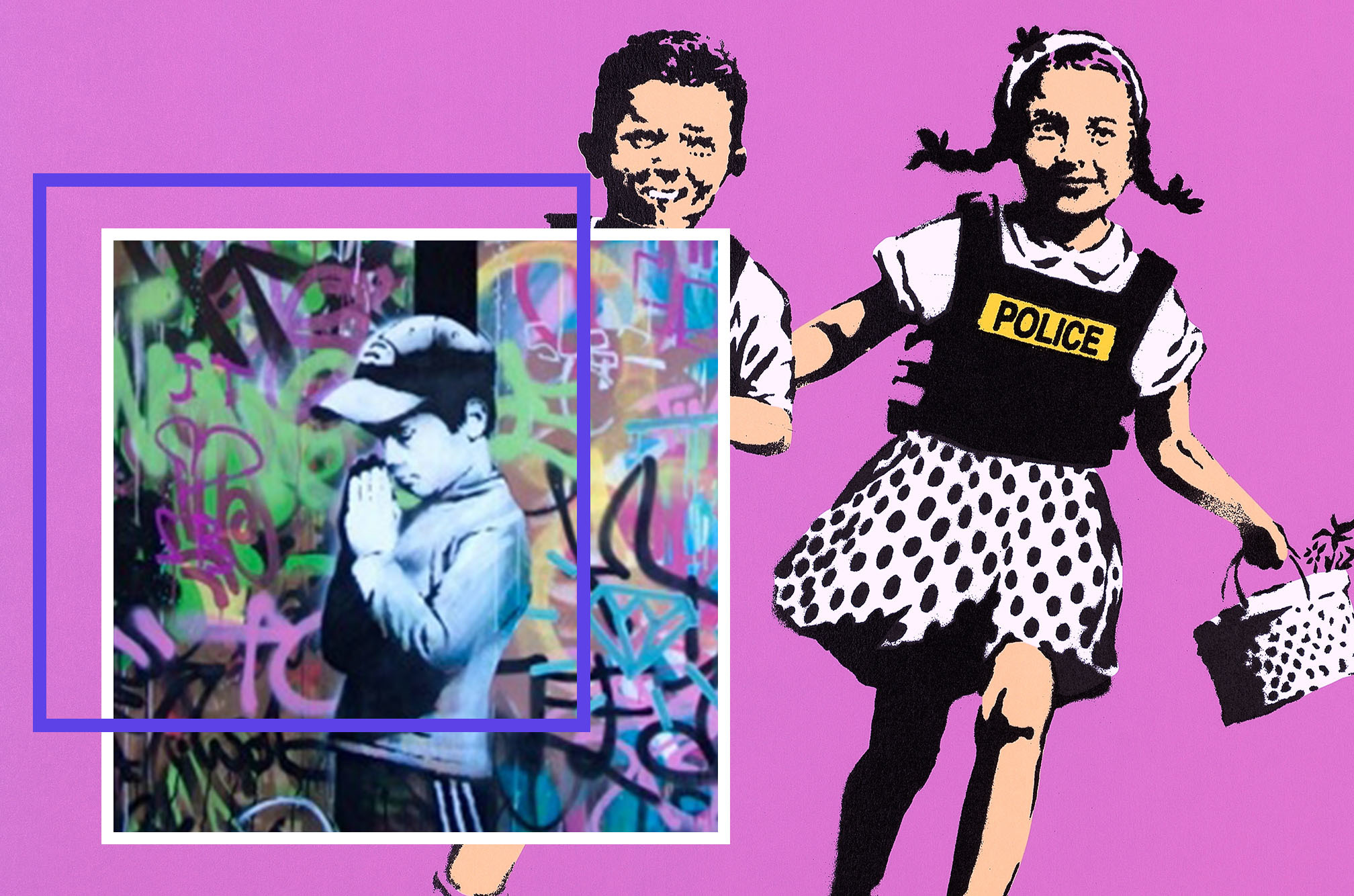 "For me, Banksy is the epitome of urban art in its purest form. Banksy not only stands out as an artist with strong political views and depth in his art, but he is also renowned for helping others and proving that charitable work is his aim in life. You can find his art globally situated and most of his best pieces have been erased along the way. He is featured in the largest auctions on earth yet still feels the importance of pointing out serious issues by stencilling art on the streets with a message in a location where its relative and has the most impact." 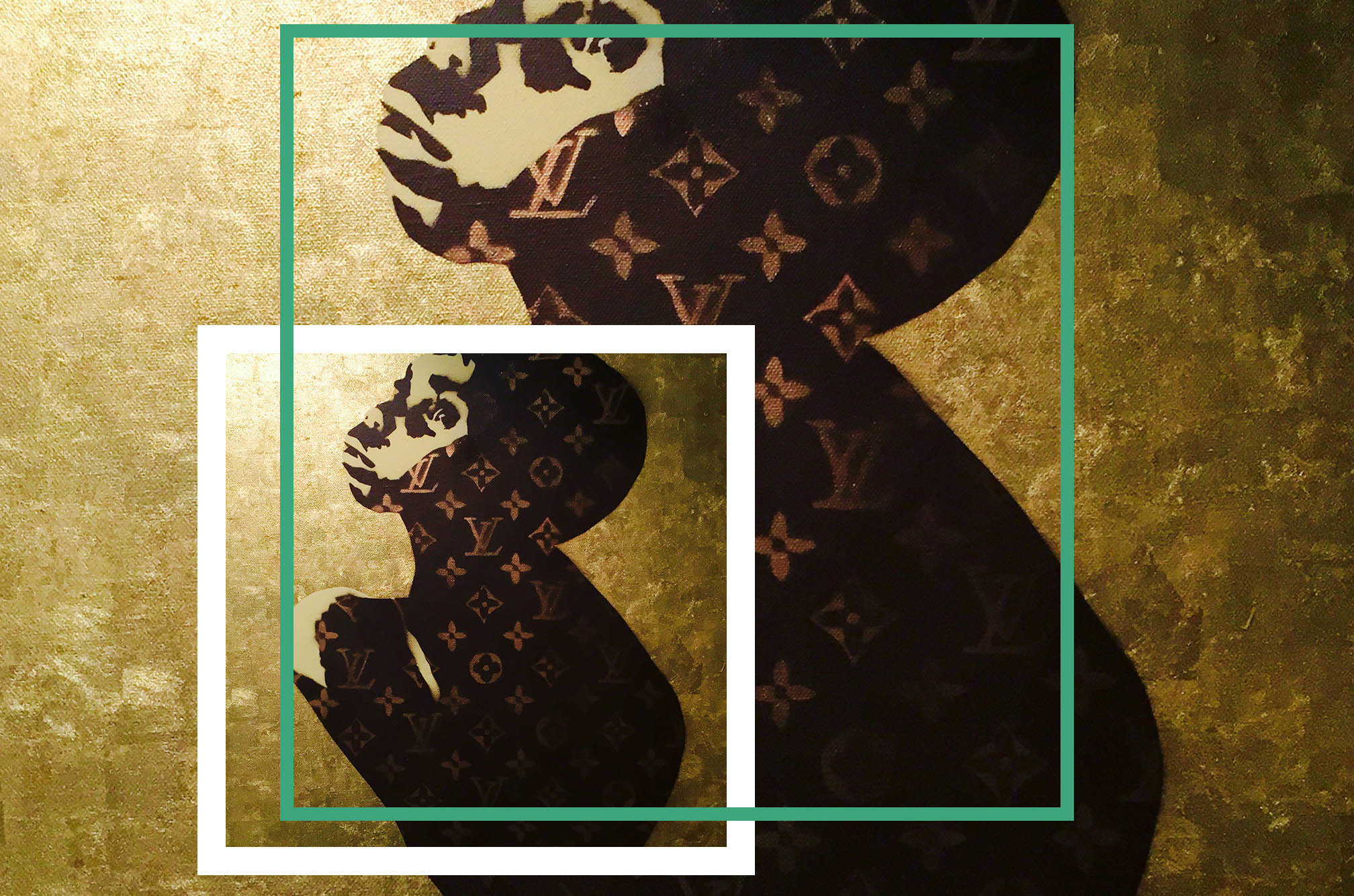 "For me, Beejoir has created the most iconic street art image of all time. He explained to me that when walking the streets of Bangkok where he supports two hospitals for kids, he saw a poor starving child begging outside Louis Vuitton where there was a cue of people waiting to spend enough money to save this child on a bad for them to through in the corner. Life is so precious, and his image LV Child is perhaps the most moving piece I’ve ever come across to date. We share a good friendship and I’m forever grateful to own the old original of this canvas in Gold Leaf." 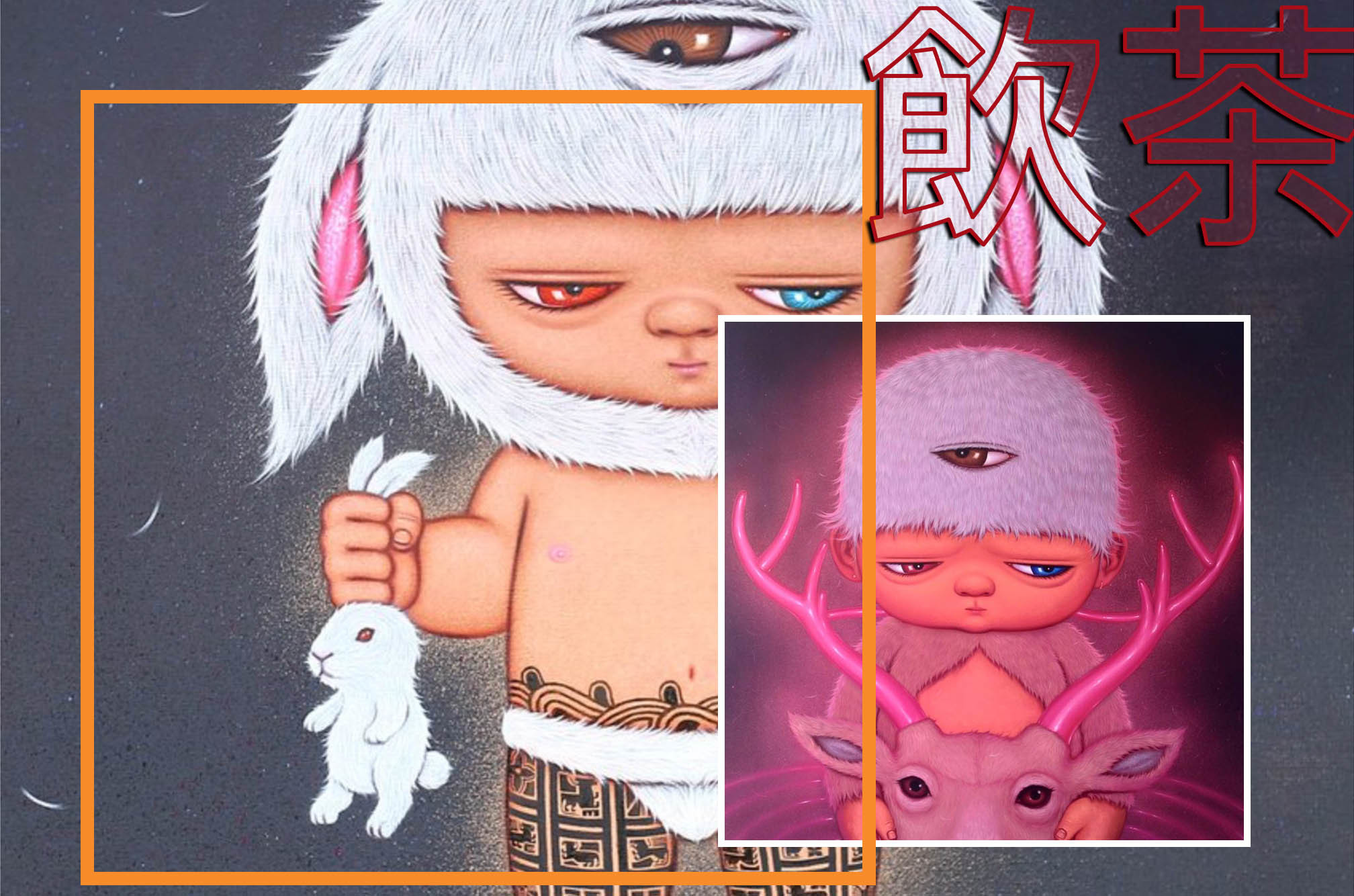 "For me, Alex Face is on one of Asia’s greatest street artists. He holds a unique style which both my wife and I are so fond of. He creates art that is all a bit tongue and cheek in a kind of innocent yet edgy form. He is the shooting star and I had the great honour of being at the opening night of his biggest show which sold out before the doors had even opened to the public." 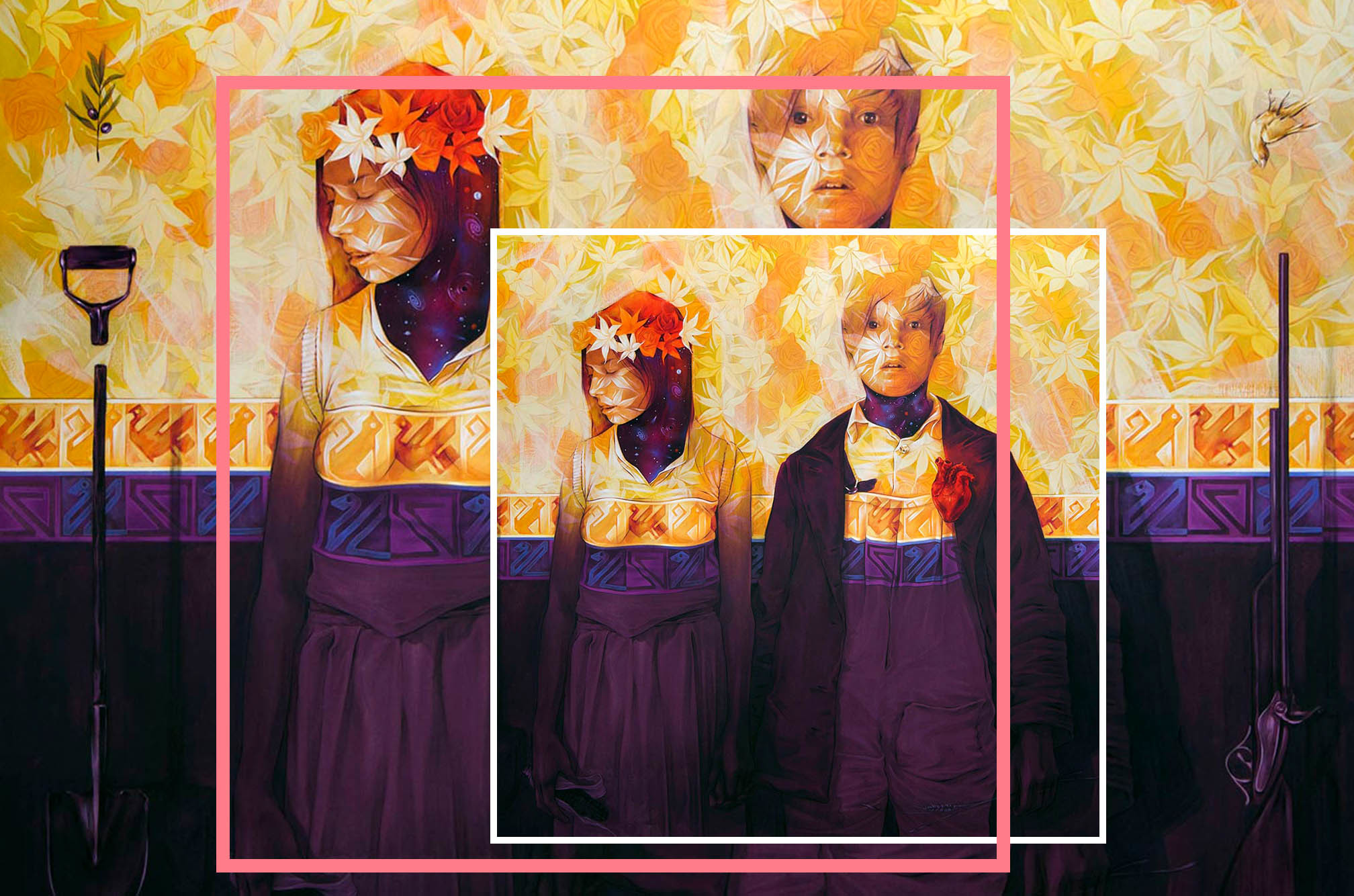 "An artist from Chile who blew my fucking mind the first time I saw his work on the street. His attention to detail is unparalleled, so much so that you can literally stare at his work for an hour and find universes of details. For me, he’s the modern-day Dali although his style is nothing to do with it he holds such intricate features and stunningly beautiful." 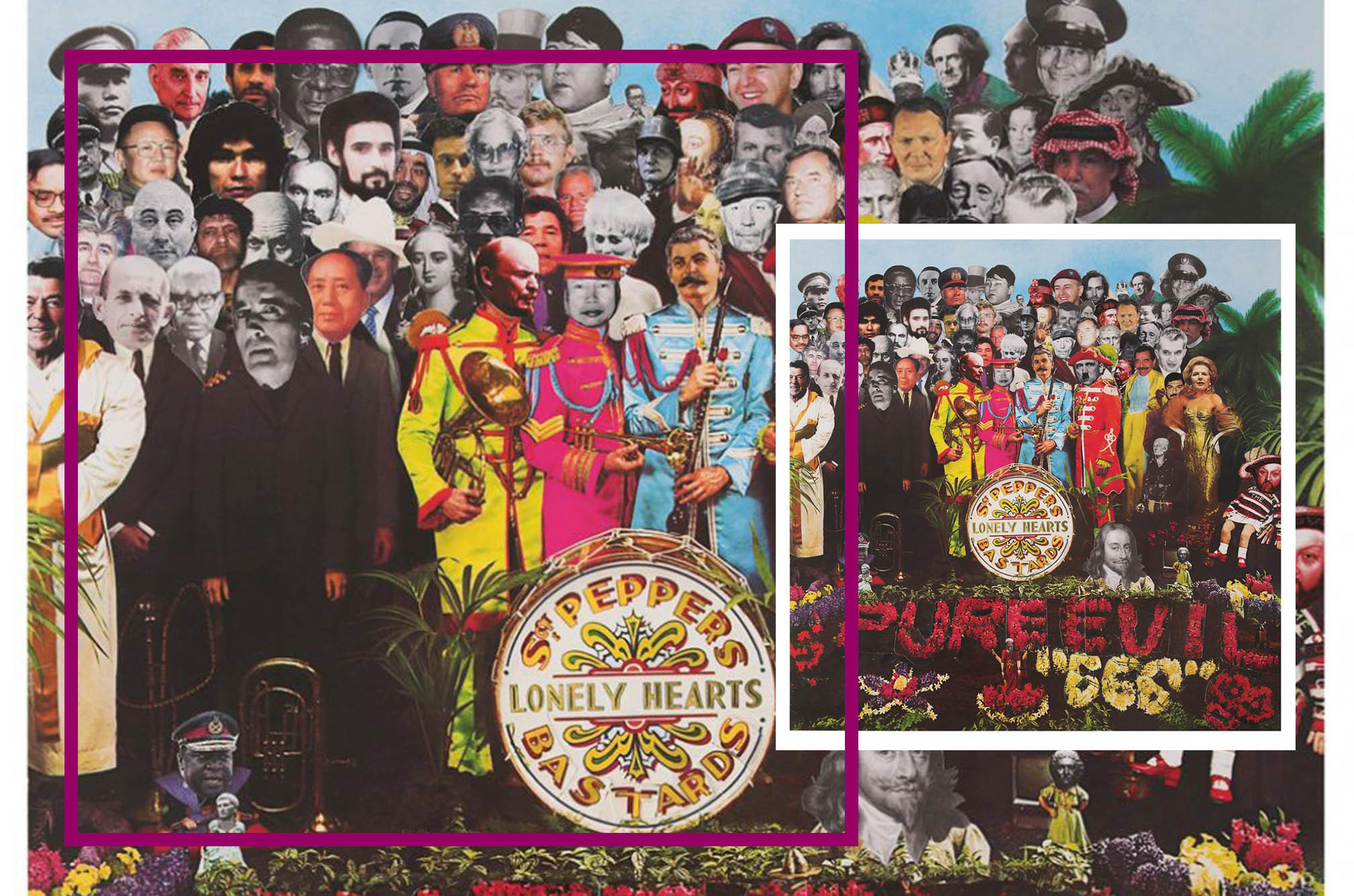 "One of the original bad-boys of this whole movement. For sure, without him being one of the backbones of pushing this whole scene forwards, it wouldn't be what it is today. He plays a game of iconic tears on figures who have had an effect on society. For me, the piece 'Sergeant peppers Lonely hearts club Bastards' is his best work to date where he remakes the famous Beatles cover by sir Peter Blake but featuring all bastards and dictators of the past. And if you're lucky enough to own the Artist Proof, he's named them all in hidden ink that can only be discovered with blue light." 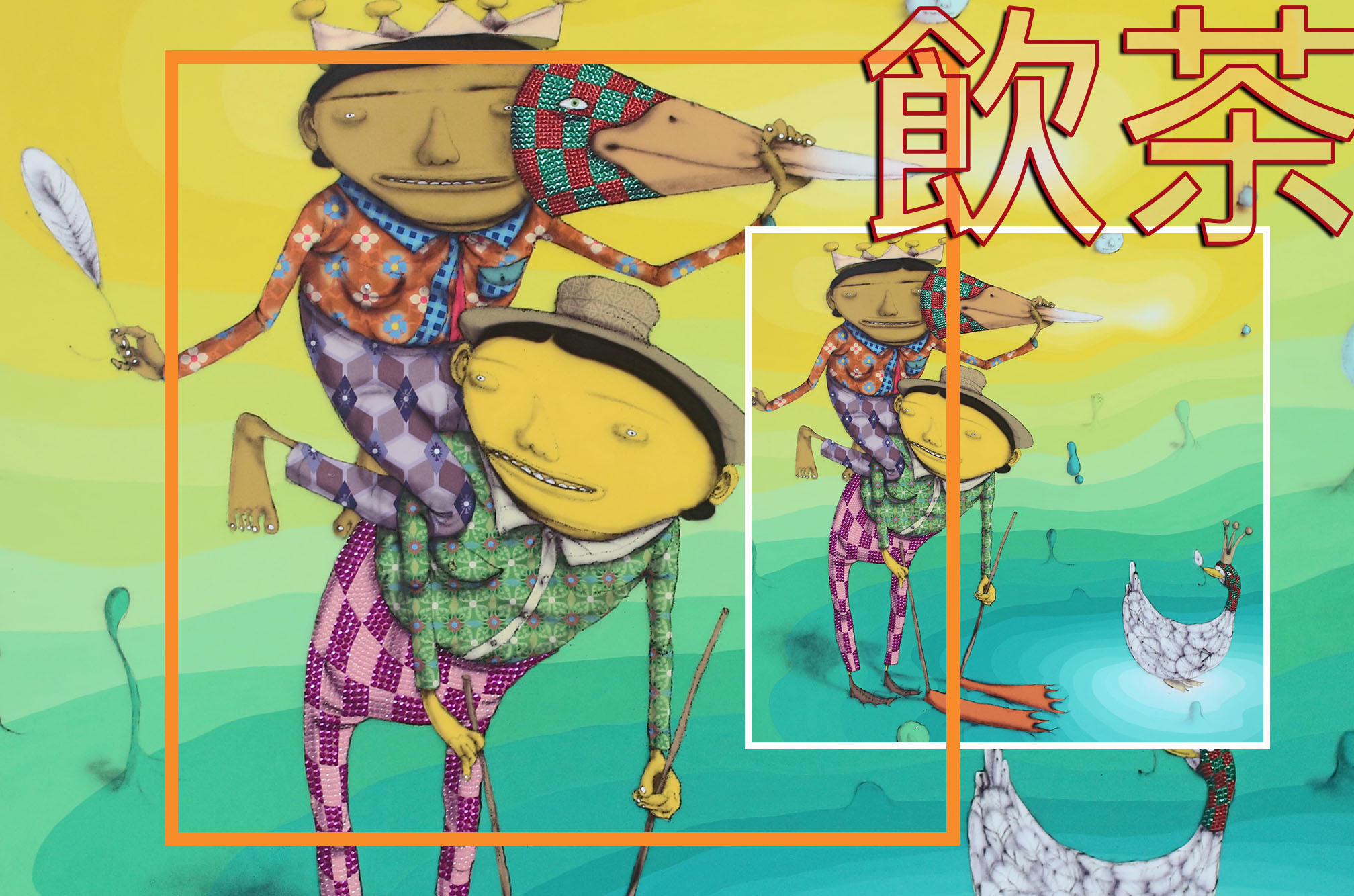 6. OS GEMEOS (“The twins” in Portuguese)

"These two extremely nice brothers were kind of like Banksy as in that they're the only South American artists who went from known vandals to heroes, and whose art is now protected on the streets of Brazil. They have a style which holds a very unique dreamy yet super recognisable naive edge. They often use the yellow which is used for the lines in the streets as it was the cheapest to buy when they started and featured some sort of honour to their late mother in each piece. I'm so fond of their work which can be seen worldwide on streets to the walls of the famous." 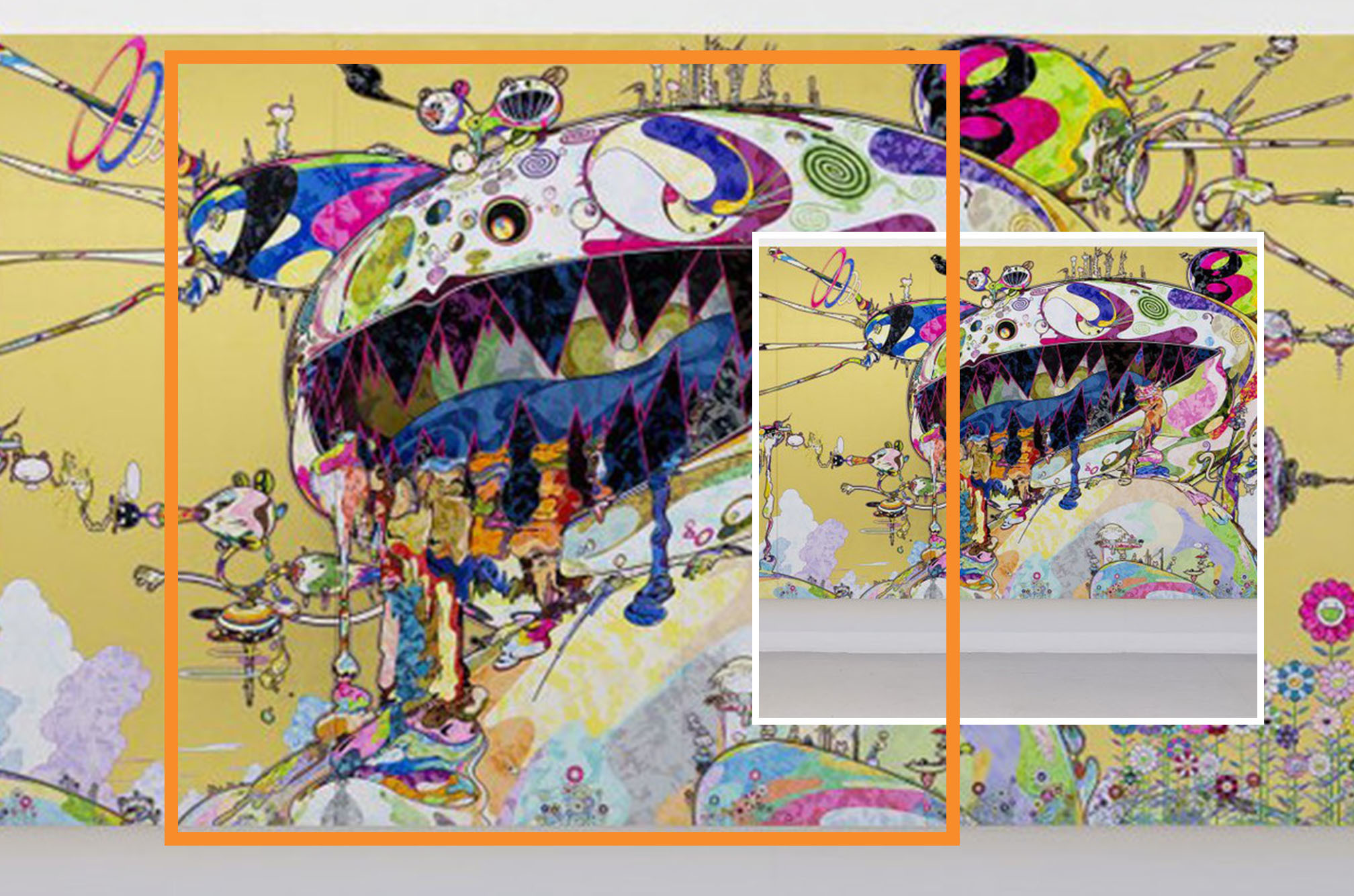 "Takashi has spread the whole world with his Japanese monteresque art. His ability to paint both dark and cartoon-like styles is so extreme. I love the fact he can produce a smiley-faced flower or sperm throwing manga style sculptures. His diversity is second to know." 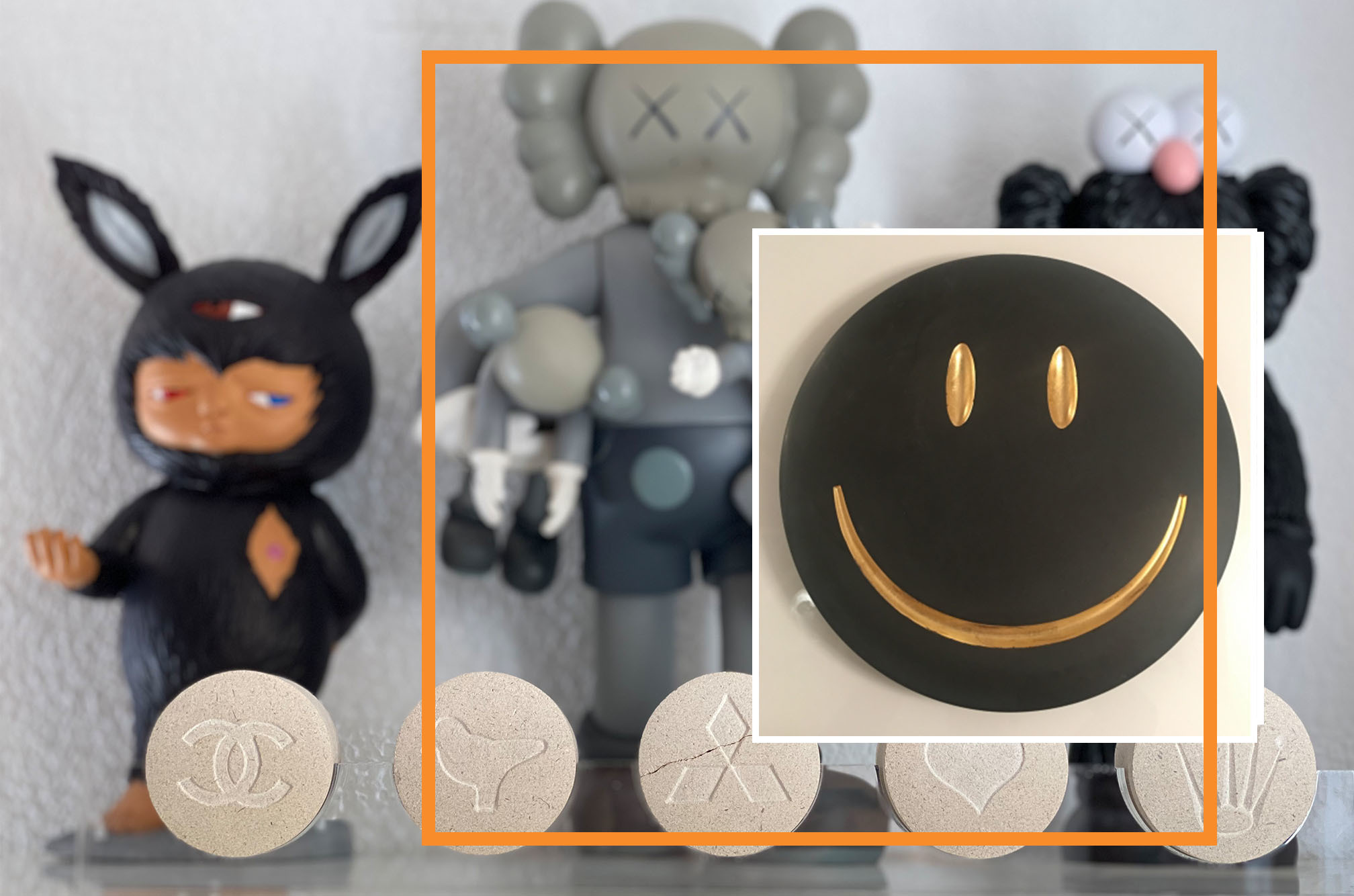 "The stone master as I call him. Nobody has brought a more nostalgic feel to the scene as much as Dan has. He makes everything that represents acid house days of rave to reality in sculpture form. Smiley faces, classic...pills. His ability to carve with such high precision is jaw-dropping and it's all by hand. I love and cherish all his work." 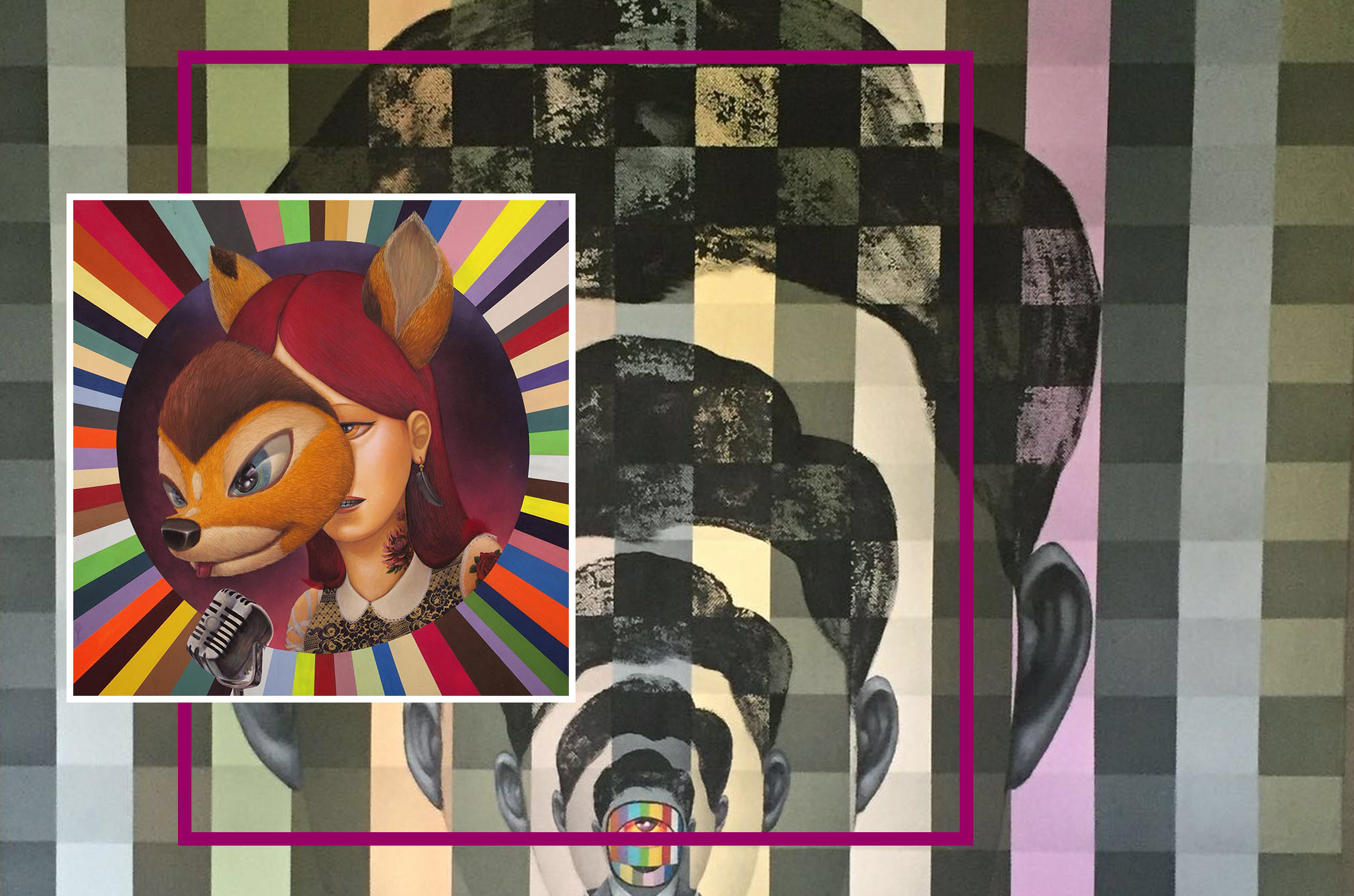 "Another Asian master who for me is so underrated. He has been on the streets all over the globe adding such vibrance and edgy art both on the street and on canvas. One of my favourite pieces to date, 'LSD', is — I'm honoured to admit — in my personal collection and was gifted to me from my wife some years back. Like Os Gemeos, he has a sort of naive look but when I see his work light up a wall it always gets me." 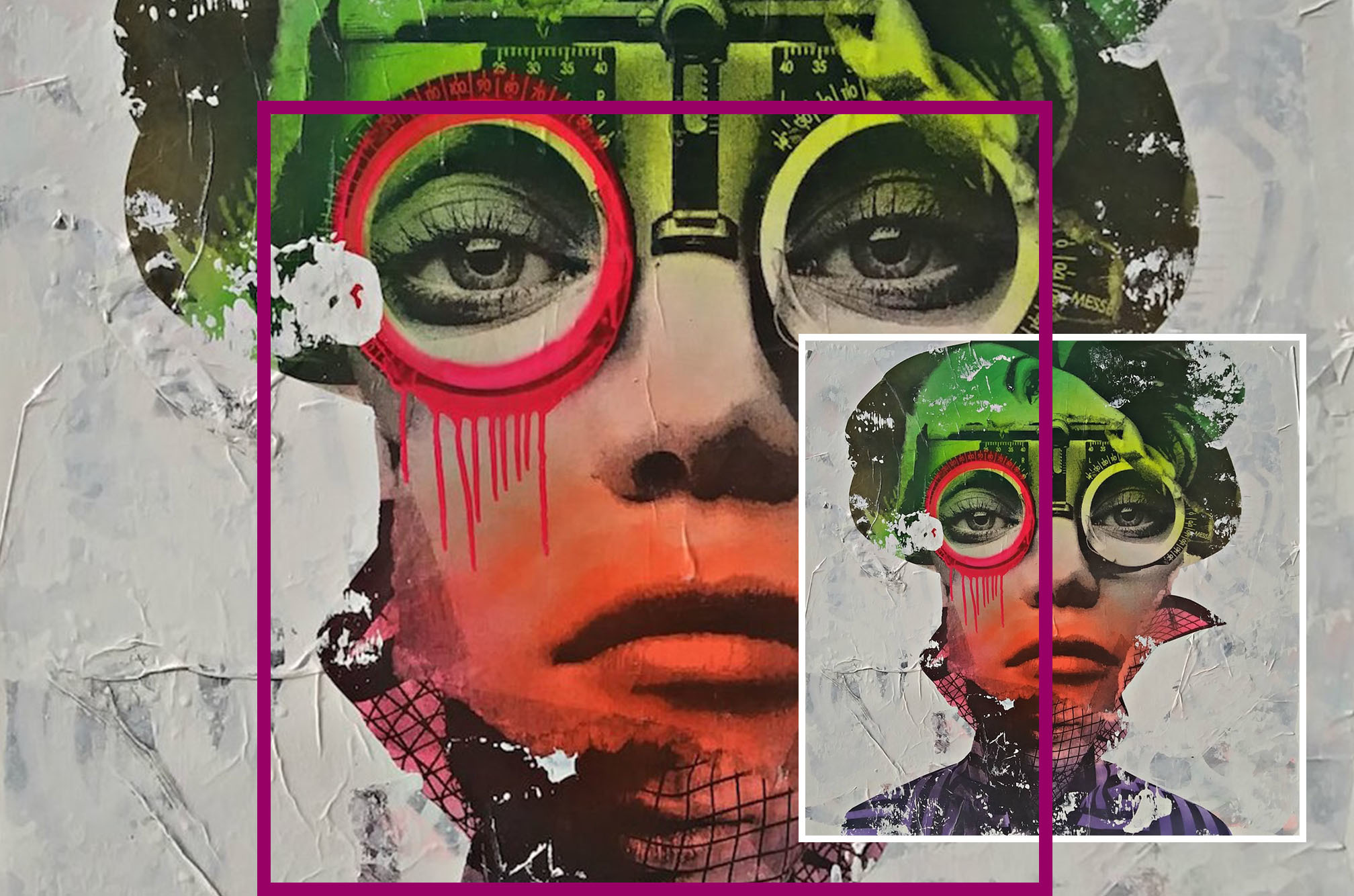 "This is for sure not my tenth choice and these are not in order of preference because I could name a hundred artists I adore. I met DAIN a few years back when finding his work on the streets of NYC. I always feel at home when his art is around me because it's the real deal. His brother (DAST) seemed to be the first to gain fame through the Banksy camp but when discovering DAIN it was love at first sight. Since then, I've seen him escalate enormously and he blessed Ibiza last year with some mammoth pieces. He holds a colourblind of collage and sprayed colours."