Whatever side of the stage you fall on, whether you’re a DJ or a music fan, travelling will likely make a reappearance in your life this summer as clubs and festivals around the world start to reopen and DJs begin to announce gigs. That said, as we begin to reintroduce hedonism into our lives, let’s not get ourselves or the planet run down again! If you follow Turkish techno princess Elif, you’ll know that she’s mastered the art of health and hedonism. Her secret? Balance. “Finding the balance between work and play, or body, mind and soul, or limits and comfort zone… finding that sweet spot between being responsible and letting the hair down a bit. Also, learning to listen to your body, acknowledging your limits, being mindful of what and why you are doing things.”

Elif, whose deep and melodic tunes transcend dance floors and become an inwards sojourn through oriental mysticism and dreamy techno, is passionate about the music industry’s ability to doing better — and we couldn’t agree more. “Music brings people together in great numbers, but while doing that we can, as early adopters of change, set examples of how we can take responsibility for and think the consequences of our actions

"Music has a unique power of bringing people from different locations and backgrounds physically or virtually together. For me, this is a magic language that can communicate more than words and with this huge influence, I think we have a big responsibility. I believe that we musicians have a big part in creating societies we want to live in.”

The DJ and producer is constantly using her platform and her voice to educate her highly engaged audience on ways they can be more mindful. “I personally also try and create awareness amongst my fans, be it my live shows or my social media, even just simply implementing some of the world-saving life hacks, showing our fans how and why we do it. What other noble way of using one’s influence than this?”

For this week’s Yum Cha Chats, we asked her to sum up some mindful hacks for healthy touring and she penned a helpful guide as well as an open letter to the music industry's on the contribution to global warming through travelling. Find it below. 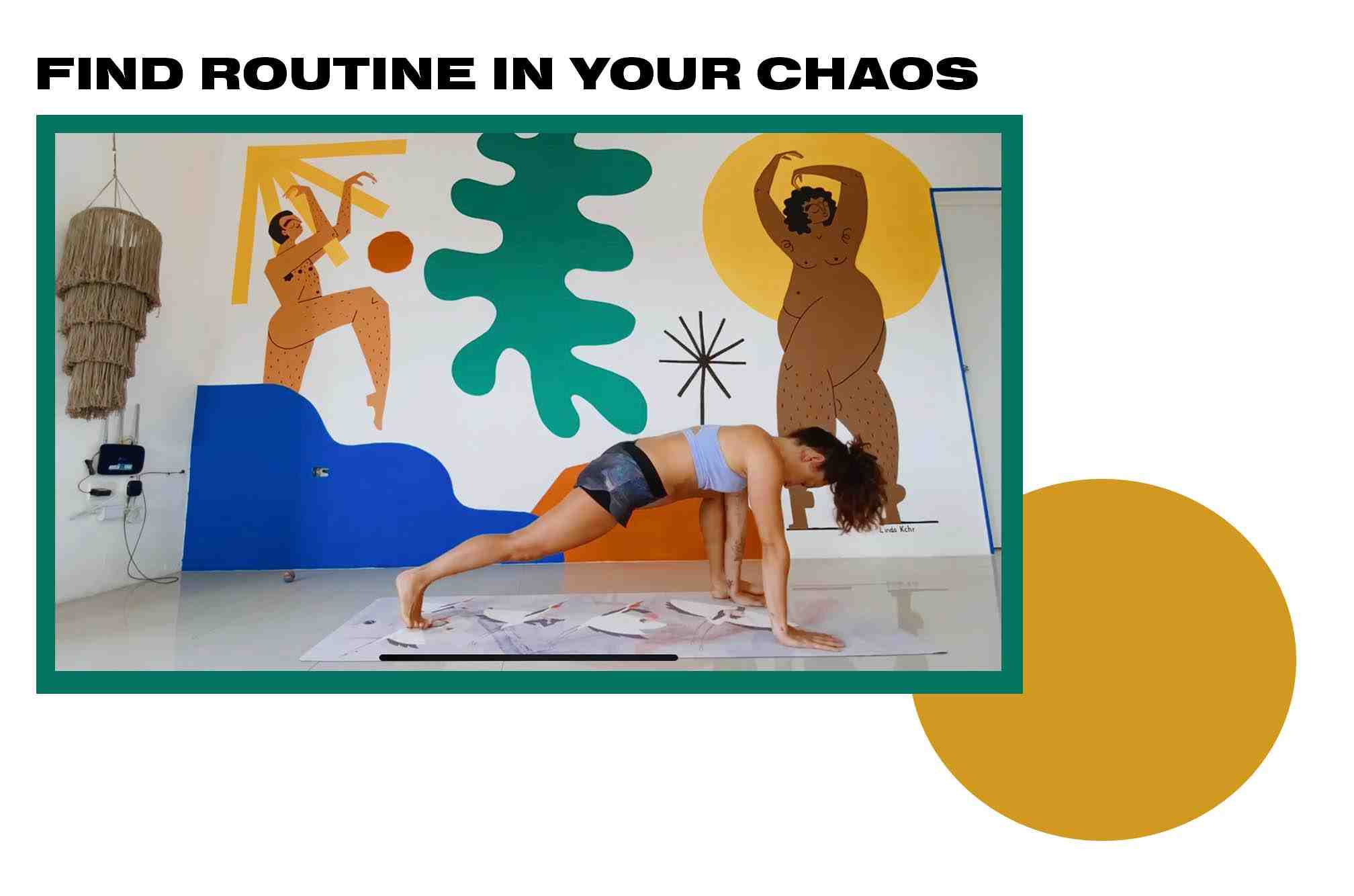 1. Find a routine in your chaos (yoga, meditation, breathwork)

“It’s more difficult to have and continue routines when you are travelling but it’s more rewarding. Touring can be very stressful and can put you easily off-balance being away from home and routines for a long time. A routine that helps me stay in balance is yoga and meditation. I am guilty of mostly resisting sparing a little time for myself when I’m on tour and this was becoming a problem for me.

I recently purchased a foldable yoga mat that can fit in my carry-on and it’s been doing wonders for me so far. I try to practice like 30 minutes 4-5 times a week followed by a short meditation.

If there’s no room for a short yoga practice, I still try to close my eyes for five minutes to go inwards. This can be done while waiting for your plane to take off or even ten mins before your set. That short period of time I can spare for myself during the day wherever in the world I may be, being on my mat with myself really grounds me during my fast-paced touring schedule. My body and my mind are thankful for it.” 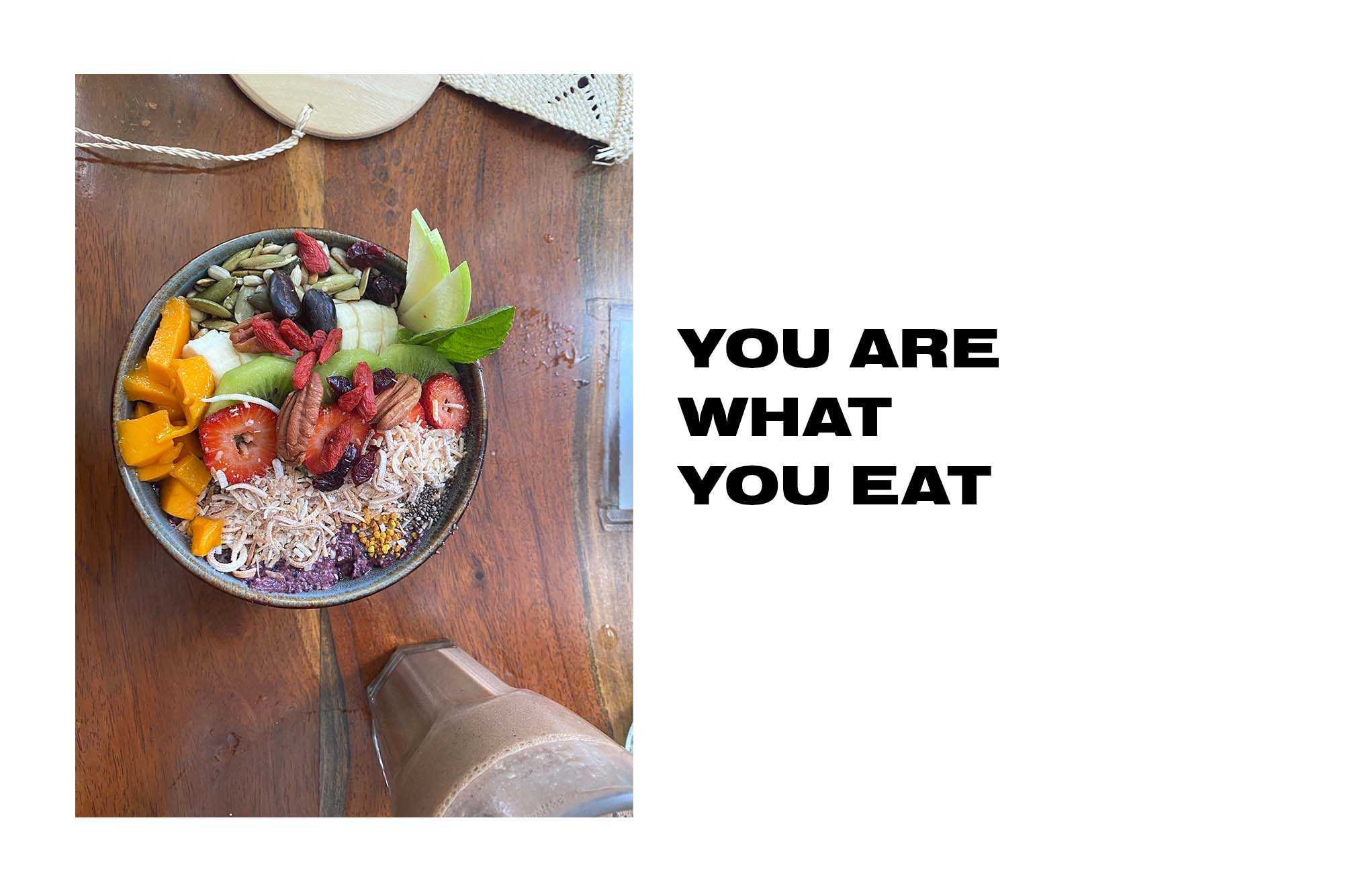 2. You are what you eat (and drink and take)

“I believe what we eat can either weigh us down or give us so much energy; every individual is different so there are no rules that would fit all. I happened to get to know my body more over the years to know what helps my body endure the touring schedule and what doesn't really help much. I try to eat fresh veggies and fruit whenever possible. I try to get my blood levels checked every 2-3 years and get recommendations from my nutritionist. I usually take pre and probiotic first thing in the morning. Zinc and Vitamin C, Vitamin D and Omega 3 during the day, biotin for my hair and then magnesium. It can be more difficult to have a healthy diet on the road.

For example, I try not to eat sugar and I try to eat less and fewer animal products. But if it's not possible for me to follow this diet on tour, simply not stressing about it is my motto. I think stress can be worse for you than something you have to eat once.

I don't drink alcohol for many years and my body is very thankful for it. People are usually super surprised when they hear that. I am soooo into music that I really don't need alcohol or anything recreational to have fun. I'm not against either but let’s just say I chose my battles. I can't imagine doing that to my body every weekend. Finding balance is the key.” 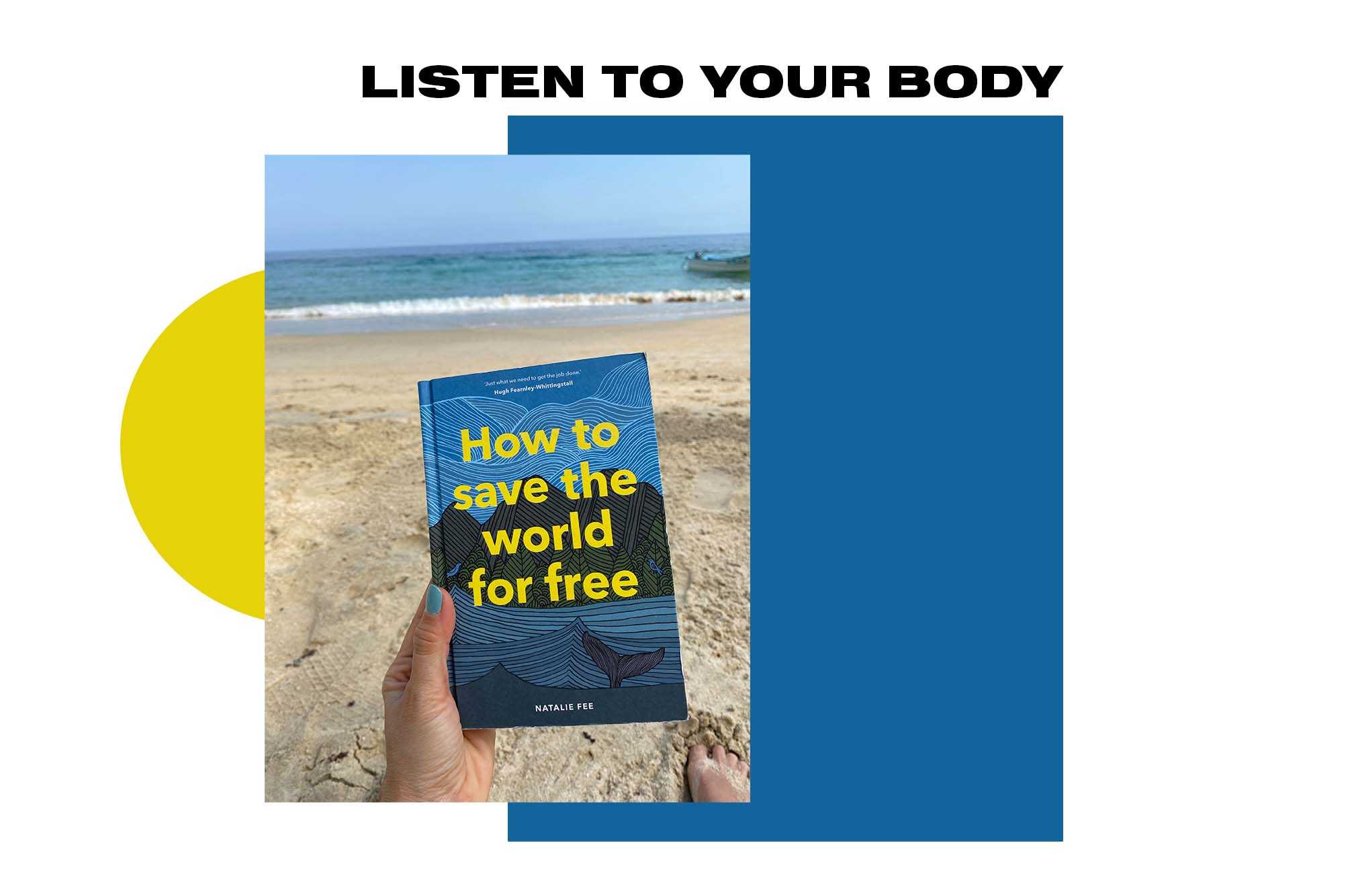 3. Learn to listen to your body

“Over the years I formed a quite good relationship with my body to read the signs it's been giving me. Knowing when to take breaks (especially for a Capricorn like me) is super important and it's one of the most important tips I can give. I always remind myself that this is not a sprint but a marathon. To avoid burnout, it's important to take mental and physical breaks.” 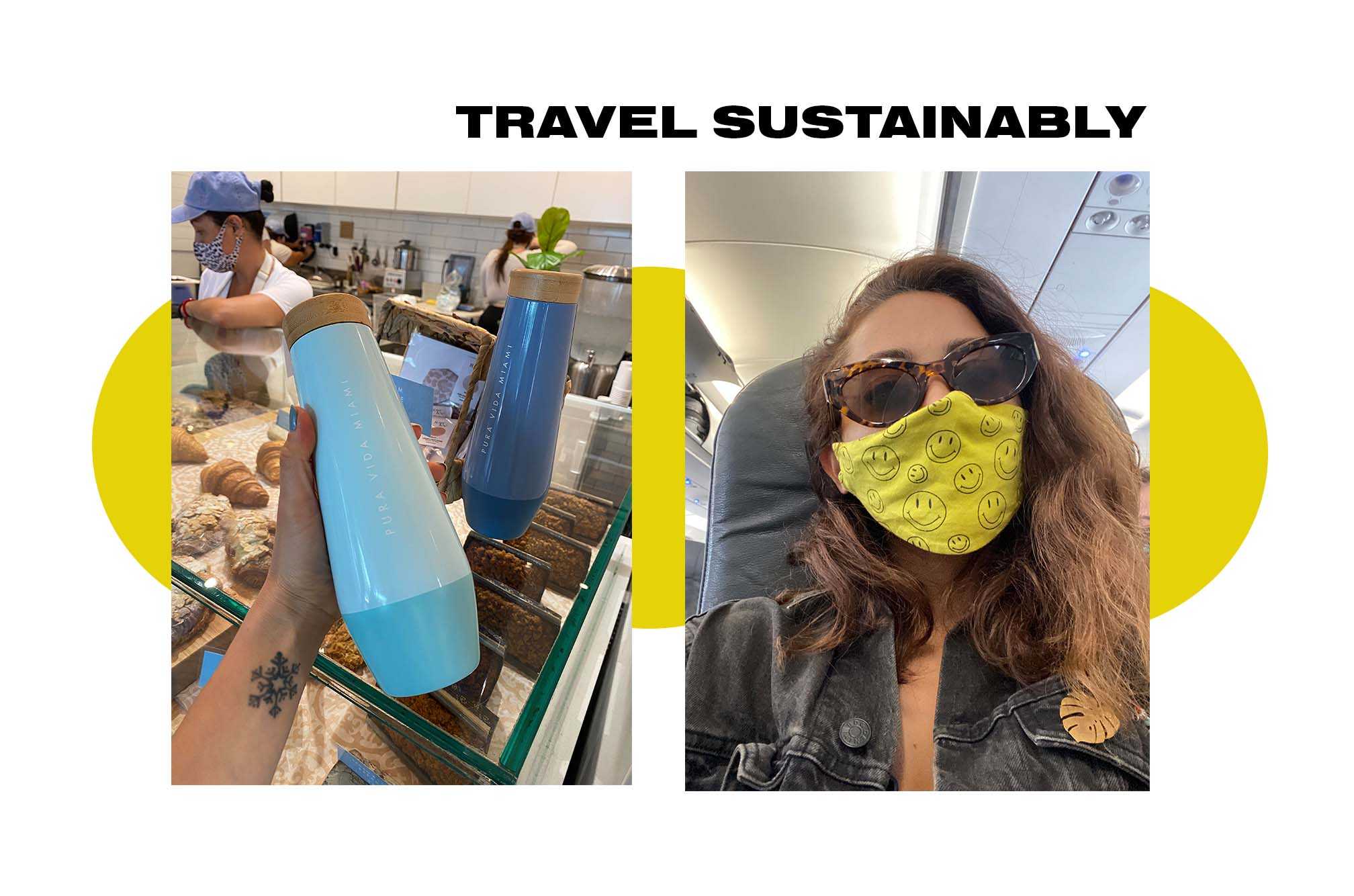 “One of the easiest and most stylish things to do is to buy a flask for water and another one for coffee. I keep mine with me all the time even when I'm not travelling. There are free water stations in most airports across the US where you can refill your water bottle for free instead of buying an overpriced single-use plastic bottle. You can get refills on the plane as well. The same goes for coffee. You can even start carrying your own cutlery around to save so much single-use plastic to go waste every day. Also, nowadays don’t forget a reusable mask. Packing light, flying non-stop and economy are also ways to reduce your carbon footprint. And if you want to take another step, the best way to offset is by planting trees. Check out Atmosfair." 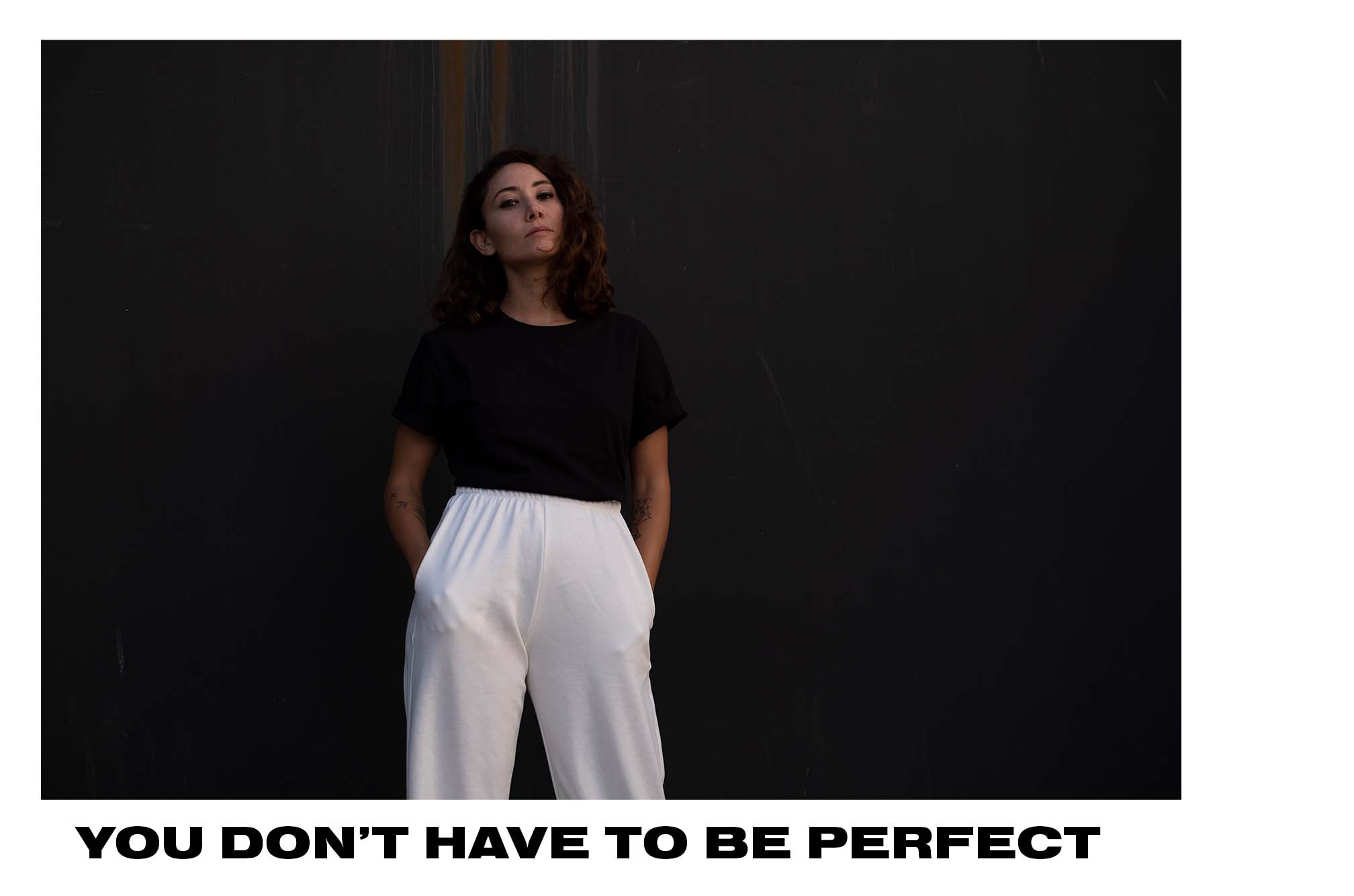 “You don't have to be perfect. Just do your best, share your story and inspire others.”

The current music industry ecosystem has injustices, especially in the income model. Right now touring seems like the biggest income source for artists and touring means leaving behind a carbon footprint.

Rethinking a music industry where artists don’t depend on touring this much and re-imagining more sustainable tours and parties, festivals in general I think could be a long-term solution.

As someone who learned almost everything about life on her travels, I will never say we should travel less. As someone who started livestreaming weekly during the lockdowns (and going on even after the world re-opened), I still will never say we should travel less. I think travelling far and fast is one of the most remarkable things we humans managed to do as a species and it allows us to grow in tremendous ways.

But even travelling can be done more mindfully (be it offsetting the carbon footprint of air travel by planting trees or planning better routes for artists to fly less, maybe re-imagining touring, like slowly ditching the in and out of a city vibe, staying longer in a region to create connection and value).

This DJ-style travelling is not only taking its toll also on the environment but it's hard on the individual too (mental and physical health). Instead of going to a city for one night, from the airport to club, from their hotel and airport the next morning, the tour could be planned and done in a way that artists can stay longer in a region and take other forms of travel.

COVID lockdowns allowed me to experience two new models of sharing music with people from different parts of the world that could be alternatives to ‘DJ-style fast travelling’:

1. Livestreaming
2. Mindful touring, where I go to a region for a longer time instead of one night in a club

I believe for the music industry to be more sustainable — environmentally and as an ecosystem in itself — we need some revolutions on the income model as well. Not every musician wants to tour but with the current royalties, it’s not possible for artists to make a living off pure creation. I’m sure anyone who follows an artist on social media knows by now how little streaming platforms pay artists. So another sustainability question this problem creates is that who’s going to make the music that all the touring DJs play so in a way for our industry to be sustainable in itself and environmentally sustainable we need to rethink many things.

It’s our responsibility to have these conversations and help reshape our industry for the better. Touring should not be the only income source and could be done more mindfully.

Elif & Nhii's remix of 'Less Hate 'Bambino' is out now on Kindisch. Also, check out her 'Moonspell' EP on A Tribe Called Kotori.