In what feels like a decade but is actually only four years ago, Bondax made their debut Asia tour with Mixmag Asia hitting clubs and parties in Boracay, Singapore, Bangkok, Shanghai and Hong Kong. Being on the road anywhere in the world from Asian to the Americas is something Adam Kaye and George Towns thrive on — jumping from show to show around the world allowed them to immerse in local culture and get steeped in musical inspirations. They honed a space for refined and lush disco, a sound that’s been rather absent from the region since touring has been a tad difficult to execute over the last couple of years.

And now, after several years away from the scene, the BBC favourite duo are on a comeback mission with and have brought their luxurious and seductive sound with their latest single ‘Don’t Want It’. It’s the Bondax 2.0 sound.

Bondax 2.0 is just what we need right now — 'Don't Want It' brings us back to the heigh days of soul and disco through Tara McDonald’s vocal contribution that breathes a refreshing new life into a line from Diana Ross ‘Love Hangover’’. 'Don't Want It' is indulgent, to say the least.

Reminiscing on the wild and indulgent affairs that were conjured on past their world tours, we spoke with Bondax about the culinary delights that fueled them through their flights and nights, and we can vouch for their ability to hunt down some of the most flavour-indulgent dishes both Asia and the world have to offer. Get a napkin ready. 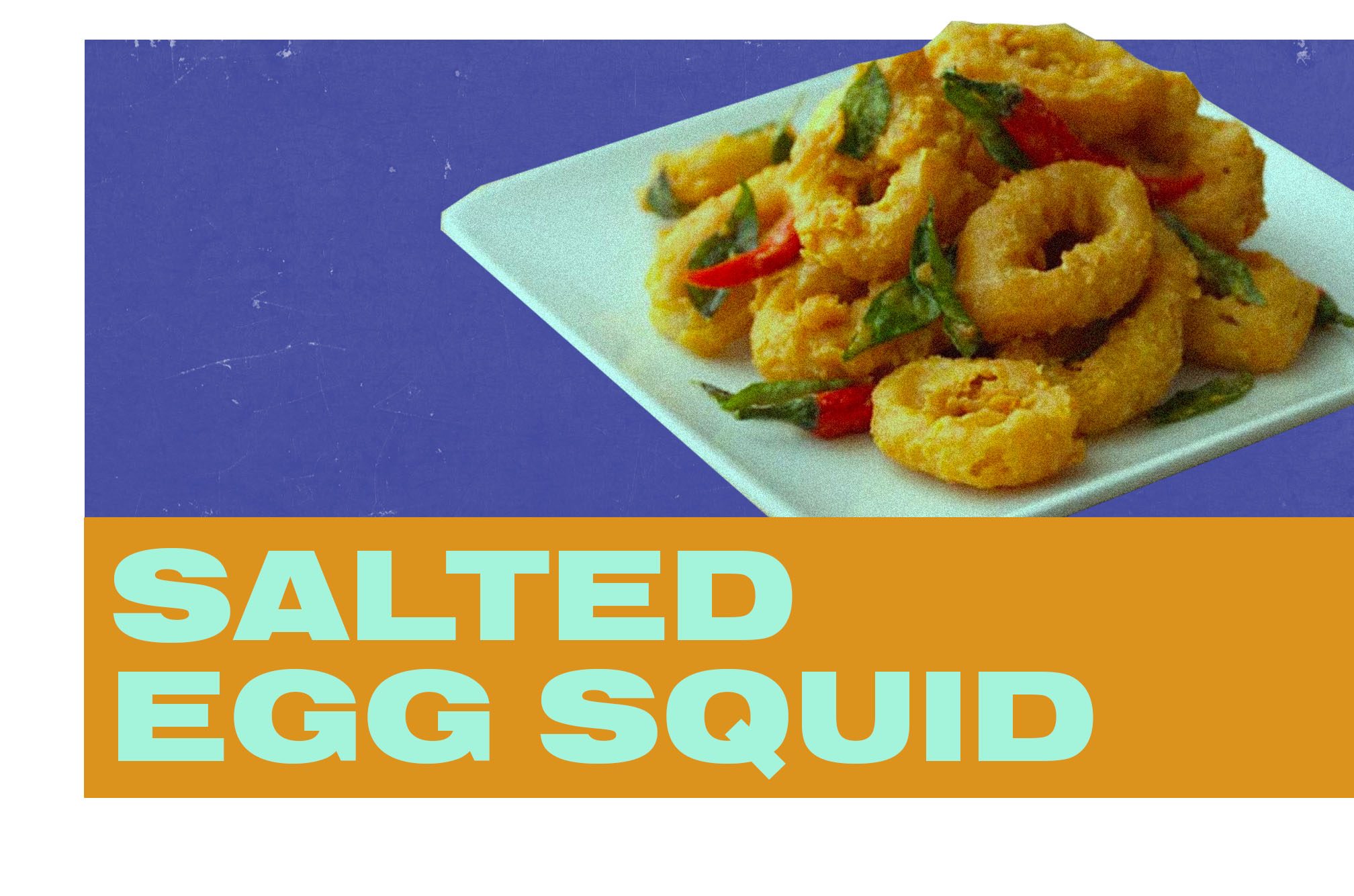 We first tried this at a street food market in Kuala Lumpur in Malaysia on our first ever Asian tour and we’ve never been able to forget the flavour and texture of this dish since. We’ve been looking for it everywhere in the UK, but we’ve never found it anywhere else. It’s sweet and savoury, crunchy, yet soggy, and absolutely delicious. It's one of the tastiest things I’ve ever eaten. It takes calamari to a new level! 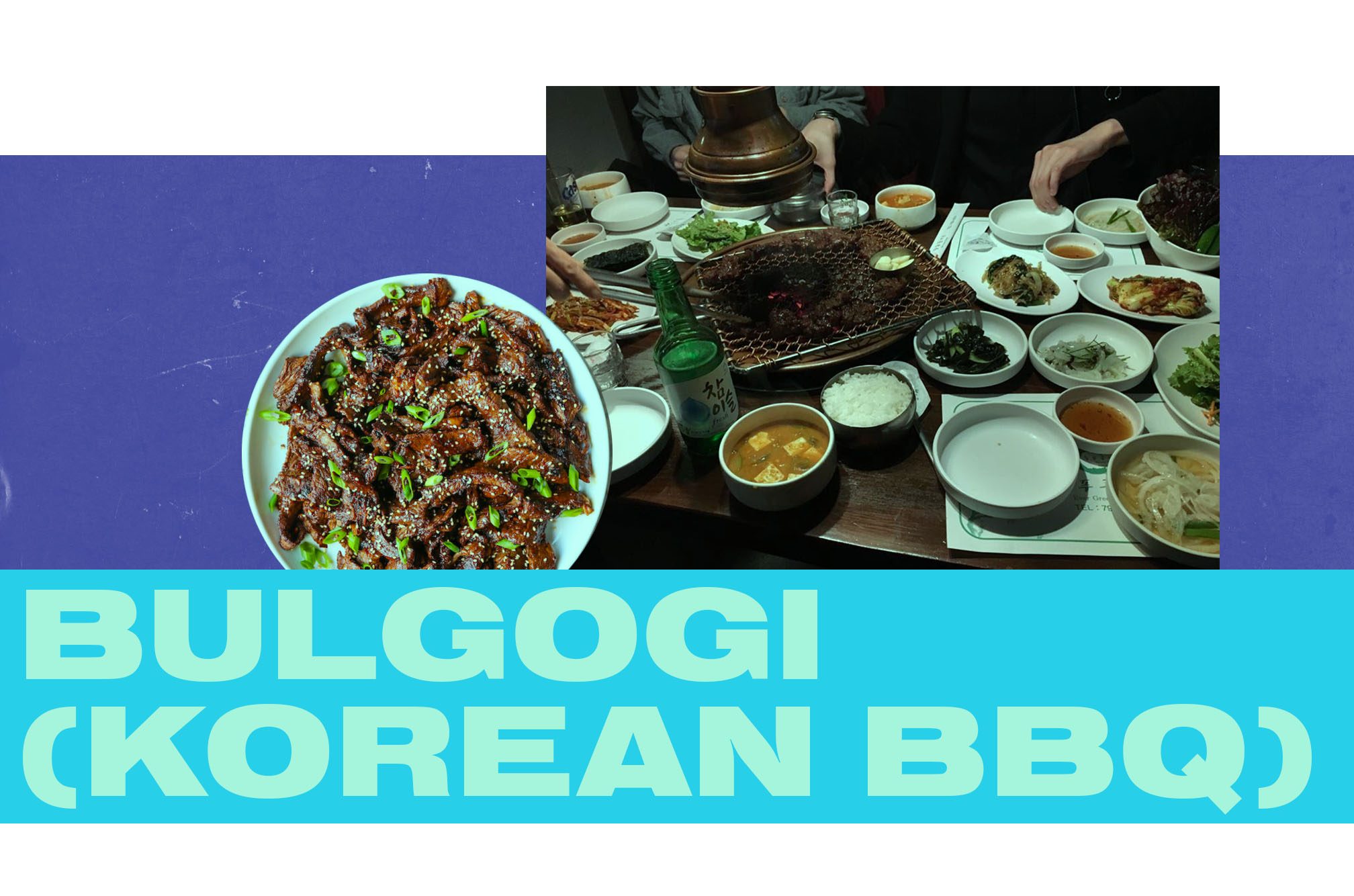 There are few places we are happier than in Seoul at a Korean BBQ joint. Sat in front of the hot grill, eager for the waiter to bring out perfectly marinated tasty meats. It was hard to choose between jeyuk bokkeum (marinated pork) and bulgogi (thin slices of marinated steak), but we’ve gone for the latter as it’s a staple of Korean BBQ around the world. The depth of the garlic and ginger with the gochujang marinade (gochujang is a fermented chilli and soy bean paste). This should be enough to make you drool. Best enjoyed with friends and washed down with some sweet fruity Soju. 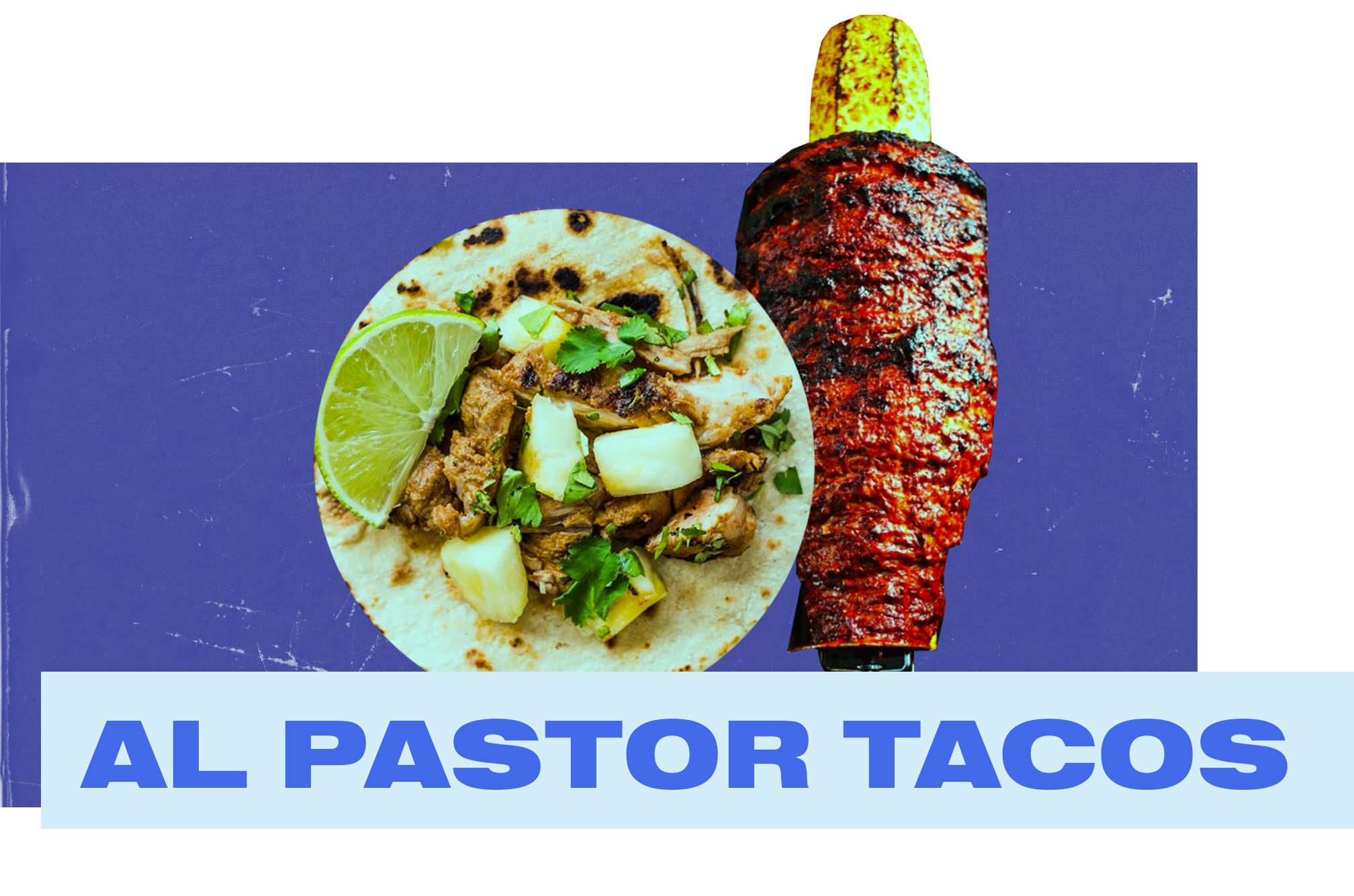 This is another dish that absolutely has to be enjoyed in its home country. Every time we’ve toured in Mexico, we’ve been overwhelmed by the welcoming nature of the people and the unbelievable food. There is, of course, so much delicious food in Mexico, yet one simple form reigns supreme: the taco! Al Pastor pork tacos are a sweet and spicy, mouth-wateringly delicious treat, cooked on a vertical “shawarma style” spit or ‘Trompo’, the combination of the smoky and spicy pork shoulder with the crunchy and sweet pineapple is up there with the deadliest of combinations! 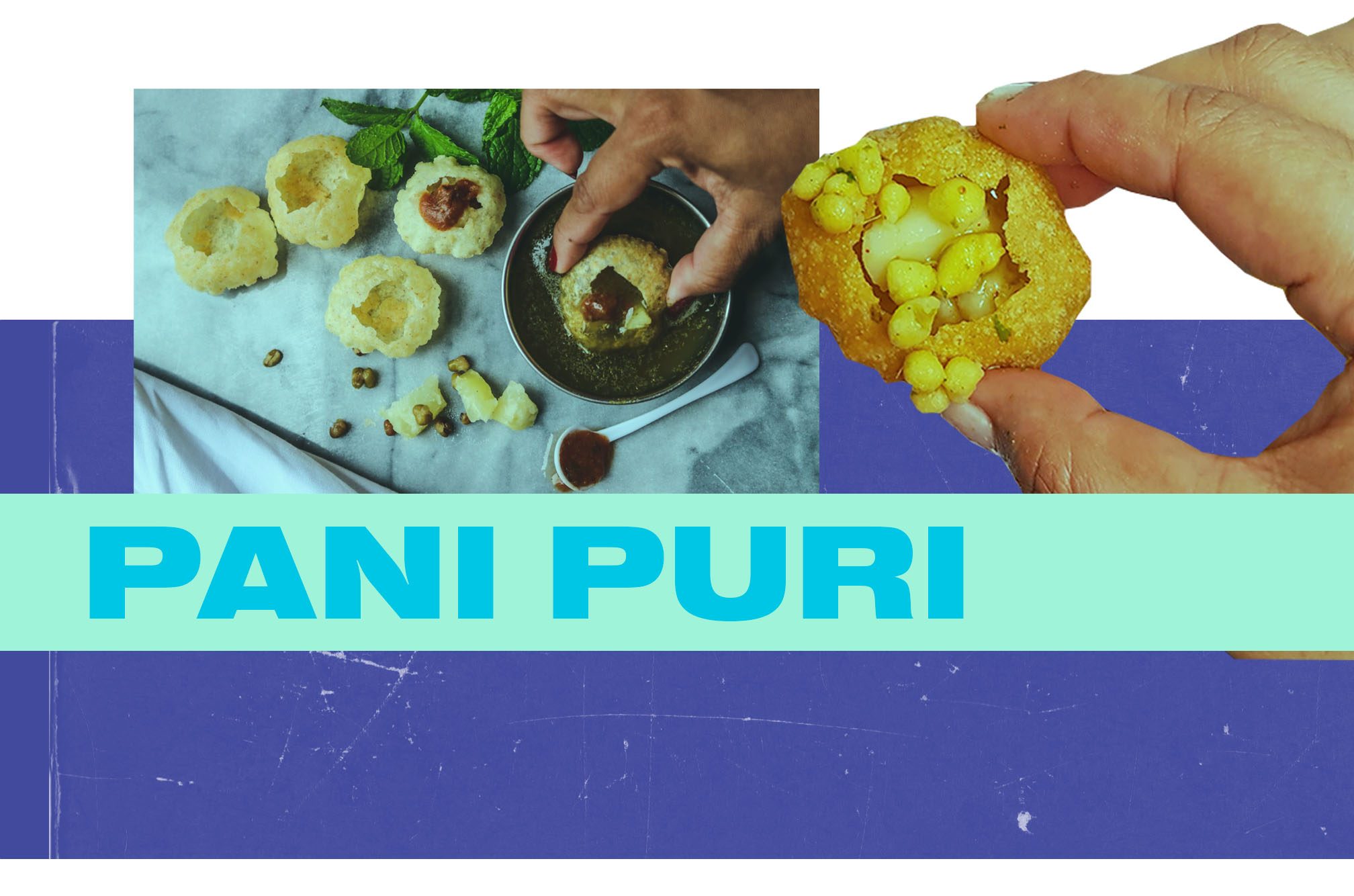 This has to be up there with the most unquestionably unique and delicious snacks we’ve ever feasted upon. We’ll never forget when we had this on tour in Mumbai back in Jan 2019. The staple street food of India, is a complicated combination of crispy shells filled with a mixture of delicious chickpeas/‘Bombay mix’ style crispy potatoes with a sweet tamarind and date chutney, all brought to life by the Pani (which literally means water), a sweet and spicy, bursting with flavour sauce. Even though the chillies in the Pani were past Adam’s spice-hiccup threshold, we’d munch these down in a heartbeat! 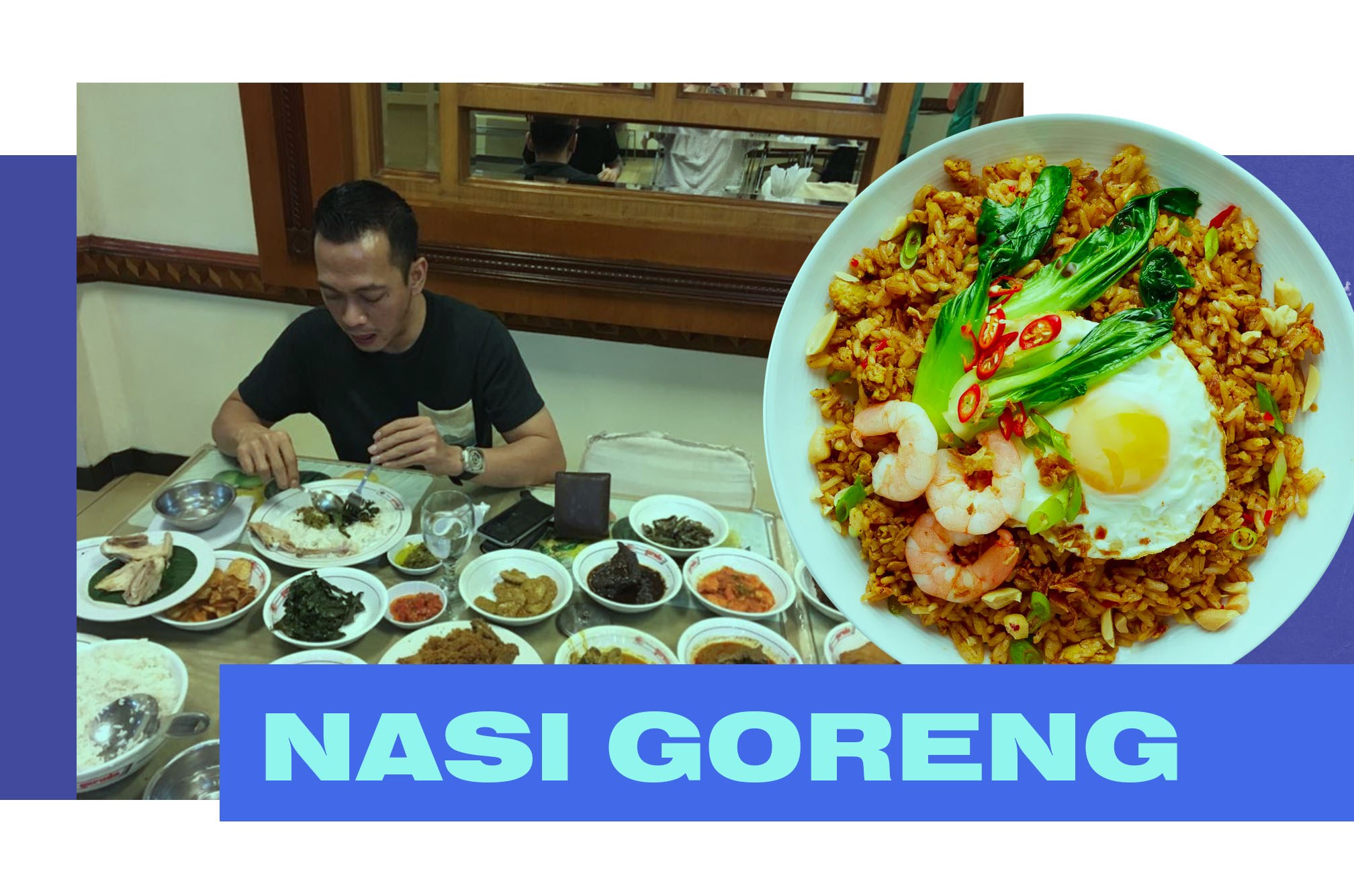 Nasi goreng literally translates as fried rice which already is enough to make us happy but this famous dish has far too much of a specific flavour to be lost as just another rice dish. The dish is of course found across Malaysia & Singapore but our first trip to Indonesia back in the early 2010's is where we were first introduced to this dish as a must try. It's hopefully not too crude to say this is probably to Indonesians what 'fish & chips' is to the English but after years of amazing experiences across this beautiful archipelago, the first forkful is a smiling "welcome back" and will always evoke endless memories of this wonderful country and all the quality people we've befriended along the way!