Japan has a tremendously rich history and culture spanning thousands of years, with troves of folk tales, music and art available to be called upon as symbolic of the nation’s identity. Choosing the best of what your nation has to offer to represent your nation while hosting the Olympics is a challenge for any country; making the wrong choice could leave some citizens feeling disappointed that their idea of what could represent their country is left out. This year, at the 2020 Summer Olympics held in Tokyo, Japan was faced with that problem. What was their answer to the question of what would most likely get people hyped about the games and Japan in general? Anime and video games. And they were right.

The tone was really set by the opening ceremony. Many country’s athletes got to walk out into the stadium holding their country’s flags high with pride to the sound of some of Japan’s biggest video game soundtracks. We’re talking tracks from Final Fantasy, Nier, Soulcalibur, Kingdom Hearts and our spiky blue boy Sonic the Hedgehog. Twitter was already ablaze at this point with delighted fans pointing out their favourite tracks. Find the full tracklist from just the opening ceremony thanks to Nikkan Sports below:

Elsewhere in the games, music like Attack on Titan‘s 'Guren no Yumiya' (Crimson Bow and Arrow) and Demon Slayer‘s 'Gurenge' (Crimson Flower/Red Lotus) were heard during the archery events. During women's basketball and men's volleyball, the Slam Dunk and Haikyuu!! themes were used. 'Ghost in the Shell 2‘s 'Kugutsuuta ura mite chiru' was even used for women’s Judo.

The organisers of the Olympics legitimized the collaboration between the prestigious event and Japanese pop culture all the way back at the closing ceremony of the previous Olympics, held in Rio back in 2016. Japan was acknowledged as the next host in that ceremony, with a dance performance that was easily overshadowed by Shinzo Abe, the former Prime Minister of Japan. The typically sombre politician rose out of a large, green drainpipe dressed as Mario. It was up there on the list of most unexpected things to happen that year. As it was five years ago, here’s a refresher for that moment :

As for the Olympics this year, several anime characters were featured as ambassadors for the event. They were Son Goku (from the Dragon Ball series), Usagi Tsukino (Sailor Moon), Naruto Uzumaki (Naruto), Monkey D. Luffy (One Piece), Astro Boy (Astro Boy), Cure Miracle and Cure Magical (Pretty Cure), Shin-chan (Crayon Shin-chan) and Jibanyan (Yo-kai Watch). Many or all of these characters are featured on merchandise and advertising for the event, which is a pretty big endorsement.

Organisers didn’t stop at simply referencing popular examples of anime and manga, however. The Olympic Foundation of Culture also commissioned Studio Ponoc — a Japanese animation studio founded by former members of Studio Ghibli, itself an institution in its own right — to produce an original animation to commemorate the 2020 Tokyo Olympics. The resulting video is a rather fantastic piece of hand-drawn animation full of colour and beautiful landscapes. The short film, titled Tomorrow’s Leaves, follows “five envoys, from five diverse lands” as they are drawn to a sacred land to discover why its flora is dying. It’s a great example of some of the traditional elements of Japanese storytelling of film and anime whereby a connection to the landscape and nature is established and put on full display. It also touches on an important message of conservation and teamwork, key ideas that are vital to any hope of solving the climate crisis.

Meanwhile, it wasn’t just the event organisers having all the anime fun.

Victory poses are pretty standard for champion athletes; their originality varies. This year many of the poses struck by winning athletes may have seemed random to an untrained eye. For fans of anime, however, many of those gestures would have been seen for what they were; references to some of Japan’s most popular animes and mangas.

Before even stepping up to the line, American shot-putter Payton Ottherdal struck the “Super” pose characterized by a character from One Piece, the best-selling manga of all time. He then won gold. Several athletes referenced One Piece in one way or another, leading to the creators of One Piece actually posting a tribute to each athlete in their respective language on Twitter.

We sincerely celebrate the activities of our "NAKAMA" around the world with the utmost respect for your efforts and achievements. pic.twitter.com/wSpnifZyK4

American sprinter Noah Lyles paid tribute to Goku from Dragon Ball, throwing up an exuberant “Kamehameha” after taking bronze in the 200m event.

This level of commitment from the international audience has only been made possible by the explosion in the popularity of anime, video games and Asian culture generally throughout the West. Some of these pastimes existed as niche interests in the not-too-distant past, but have really taken to the mainstream in the past few years. A big reason for this has to do with the increased accessibility to anime online via streaming platforms such as Netflix and Crunchyroll, an anime-focused website.

As for people within Japan, the anime focus has produced some great collaborations and interests as well. The World Flags project was an independent project started by Kamaya Yamamoto to render each Olympic nation’s flag into a personalised samurai. Speaking to the BBC, Yamamoto said, "Samurais are unique to Japan and we want everyone to get to know traditional Japanese culture.” A number of artists got involved in the collaboration that sees the colours and animals of various countries brought to life in imaginative ways. It’s a fun way to marry traditional elements of a society, namely samurai, with a modern art form. 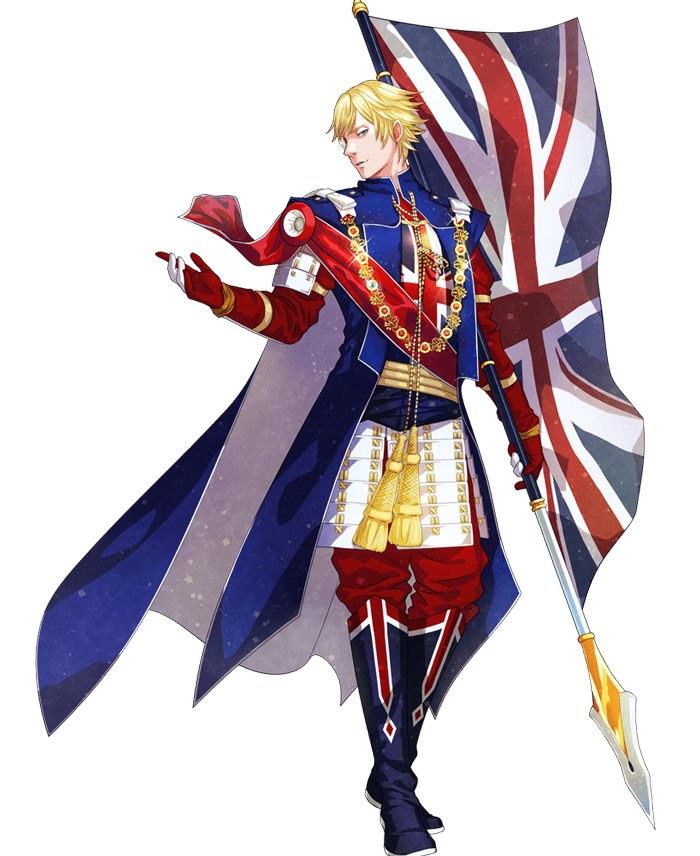 As the games have come to a close, one has to wonder what effect it has had on the global hunger for anime. As the culture surrounding anime, from its music to its art style, has broken into the mainstream around the world, it’s difficult to see its popularity slowing down any time soon.

Read this next: A TV station in Japan has ranked the 30 most popular anime songs of all time