The year is 2014 and China is just starting to discover techno. I mean, really discover techno. Underground clubs in cities like Beijing, Shanghai and Chengdu are starting to fill up on the weekends, with crowds spilling over from mainstream clubs in search of something a little less saturated and with a little more edge. Meanwhile, techno was becoming a buzzword. Riding on this vibration, Toxic Entertainment thought it was the right time to shift China towards something a little harder. Something as hard as…Drumcode.

It’s been a long (but very fun) path and over the six years that followed, and Toxic Entertainment evolved into one of China’s most respected curational forces in house and techno for their brazen approach to bookings and events. Dark rooms, bright lights and passionate freaks are the defining factors of their events which have served as a haven for those who have fallen in love with the underground sound all over the Middle Kingdom. Ultimately, they believe in the freedom of expression and that electronic music plays a role in allowing individuals to realise their potential in a world where you can be whatever you want to be. Community has always been the centrepiece of their strategies, and they have equally weighed international acts with local acts, believing that in China there are many talented artists who deserve the same or even more attention than an international artist. For six years, they have been committed to showcasing authentic electronic music and providing an experience unlike any other in China.

They have a lot of memories from these unwavering six years, from collaborations with festivals like INTRO Beijing electronic music Festival and YinYang Music Festival, and also bringing Chinese artists outside of China to festivals like Epizode. But their stronghold is through regular events in practically every city in China, like Lantern Club in Beijing, DADA Beijing, DADA Shanghai, Oil in Shenzhen, Vervo in Kunming, Window in Guangzhou, Gong Qingdao and many more. And now, six years after their first appearance, TOXIC is celebrating their anniversary at DADA Beijing, next to Lantern Club Founder Weng Weng, TechNOrules lady boss Aida Minibaeva, BRING music Don Oshi Oshii, and representing the Be Stupid crew is SunMeng and Toxic groove lady Eva Xu.

Toxic has over the years has cemented its place as the essence of the underground in China, and to commemorate the milestone occasion, we asked them to reminisce about the most adrenaline-pumping and sensory overloading events from the last six years.

Where you at any of the haunts below?

While you're reading, turn on Toxic's anniversary mix below: 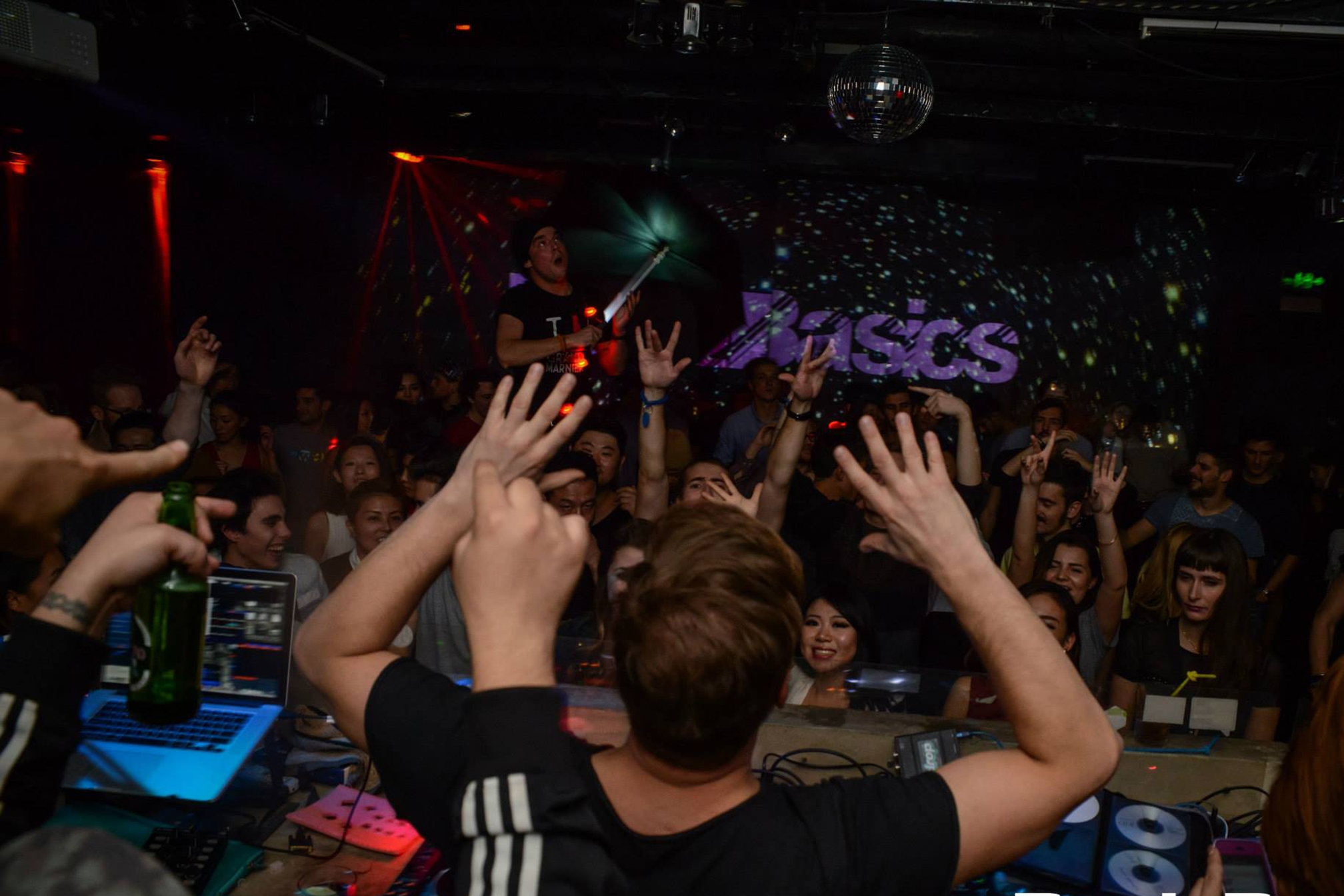 "This is the event that started it all. British techno titan Mark Reeve was our first official booking and party in China under Toxic, and the party went down at Lantern Club in Beijing China. The venue had around 600 people and it was a big responsibility that Lantern management had entrusted us with, giving us both rooms to do our thing. We delivered to Beijing a proper techno party, and this was the beginning of a nice relationship Lantern." 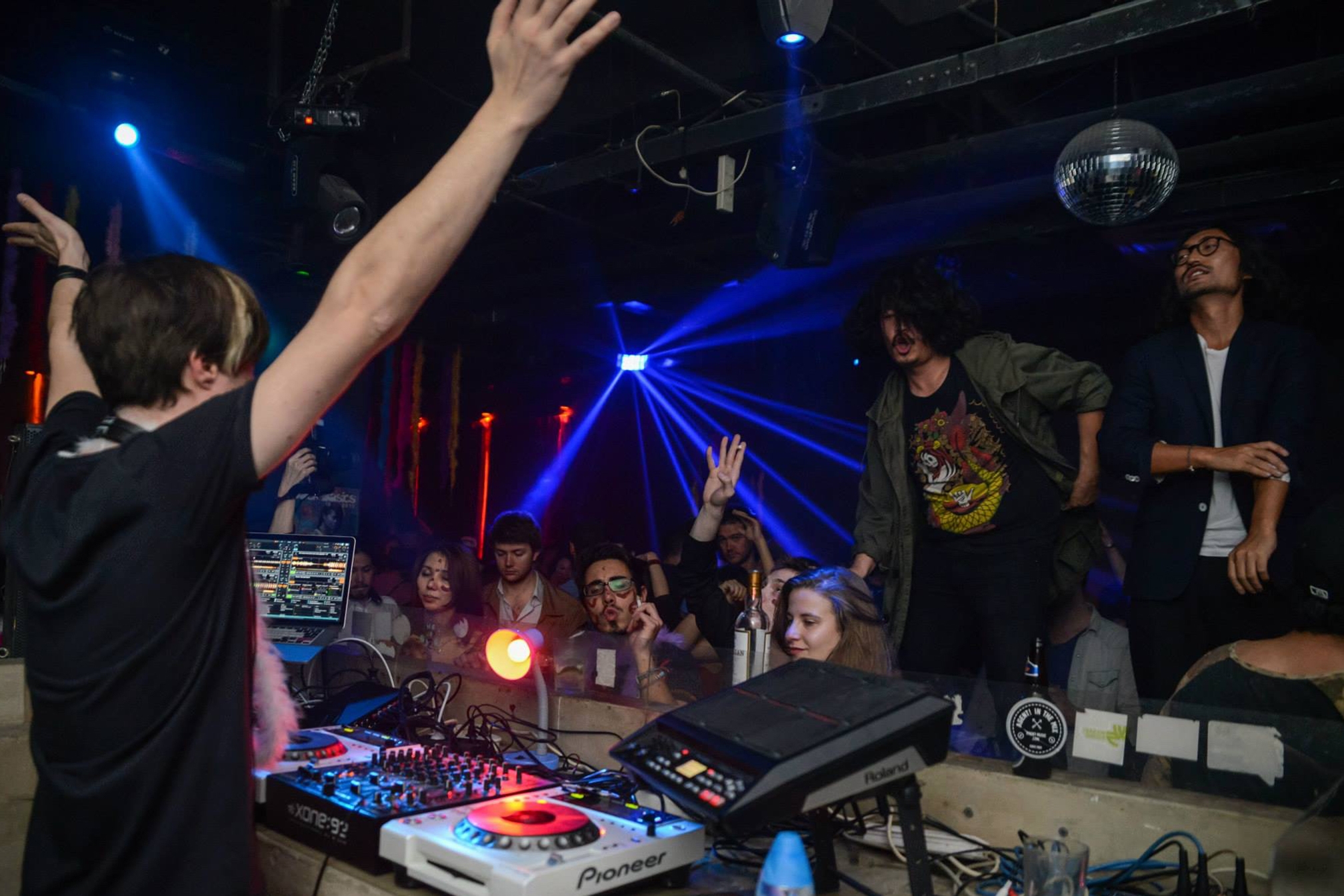 "German DJ Eric Sneo was the first artist that we booked in China with special live set up, and the party was once again at Lantern in Beijing. He was playing Traktor but also Albleton Live, and integrated into his set the Roland Octapad Drums — and it was truly was first time an international artist had this kind of set up in a gig in China. It was a monumental occasion for hardcore music fans to have Eric play." 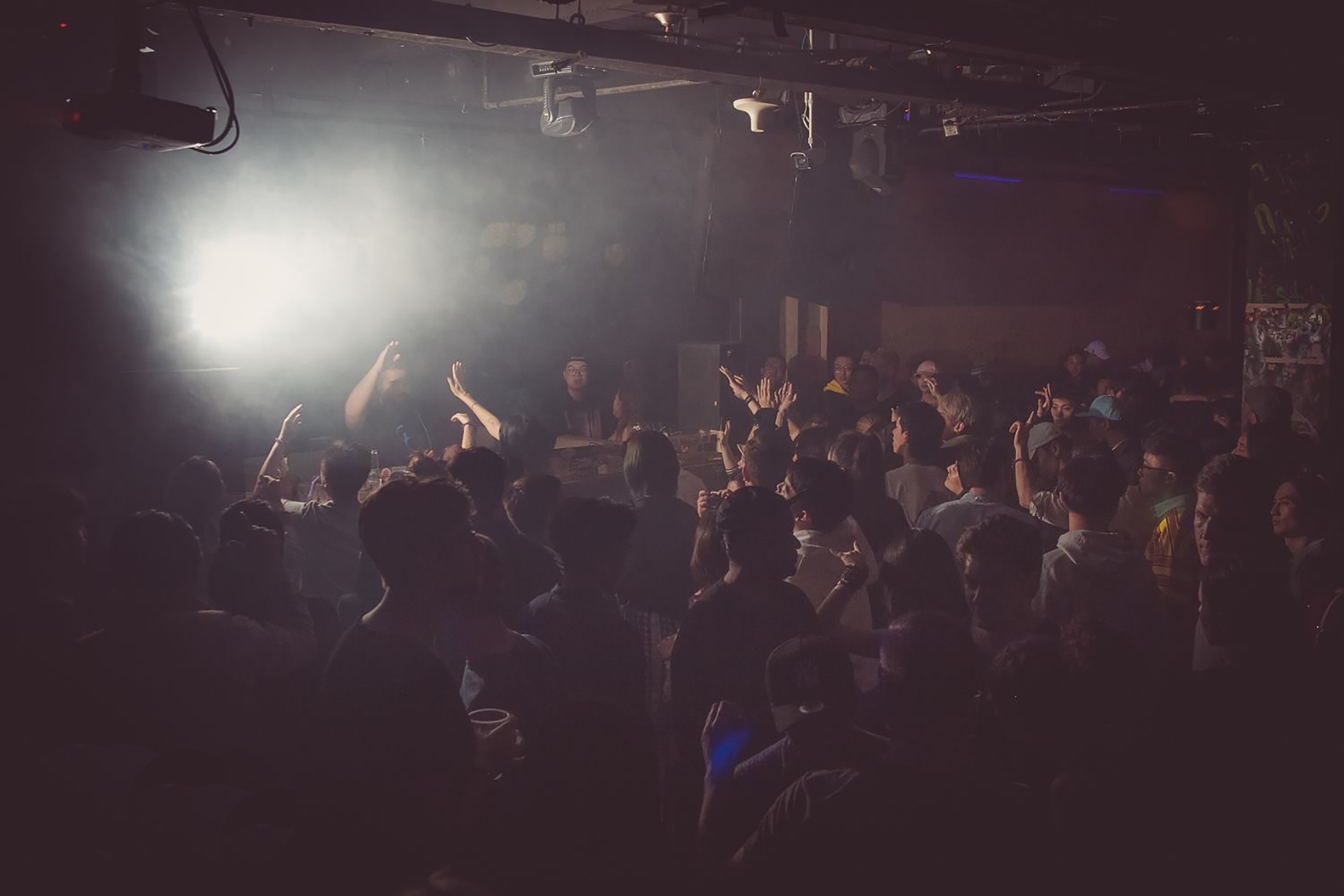 "We return to Lantern in Beijing for this special night. It was the first time in China that someone had booked Truncate and Lantern Club was on fire. I remember we sold out of all presale tickets, and this was the start of a very good relationship with him, us and China." 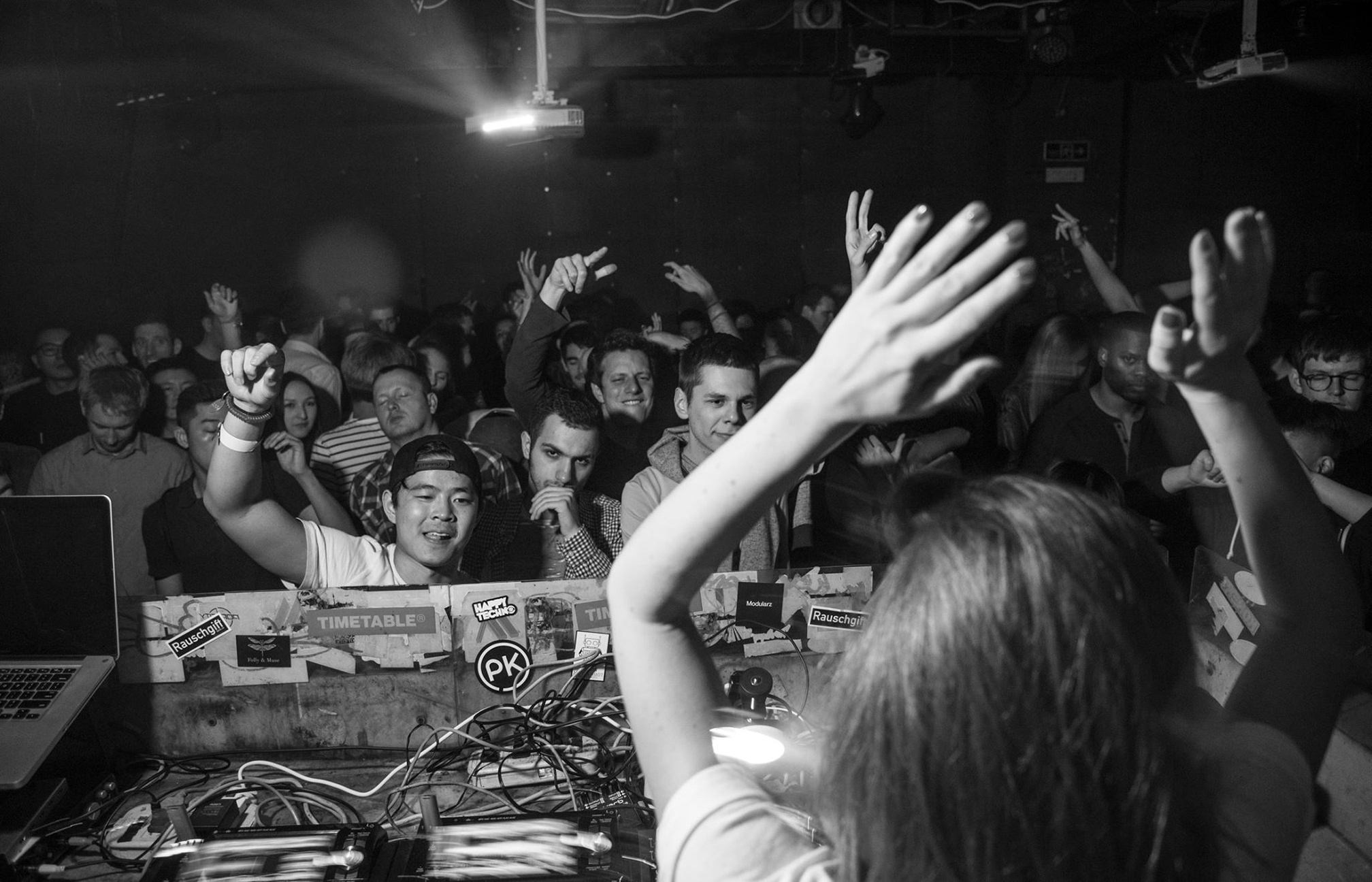 "At this point, we had developed a reputation of bringing top artists to China and for this anniversary event, it was no exception. This time, we brought Belgrade’s favorite and international acclaimed DJ Tijana T. Her set was so powerful that it invariably made people dance like never before. The energy that night was something that still gives people goosebumps." 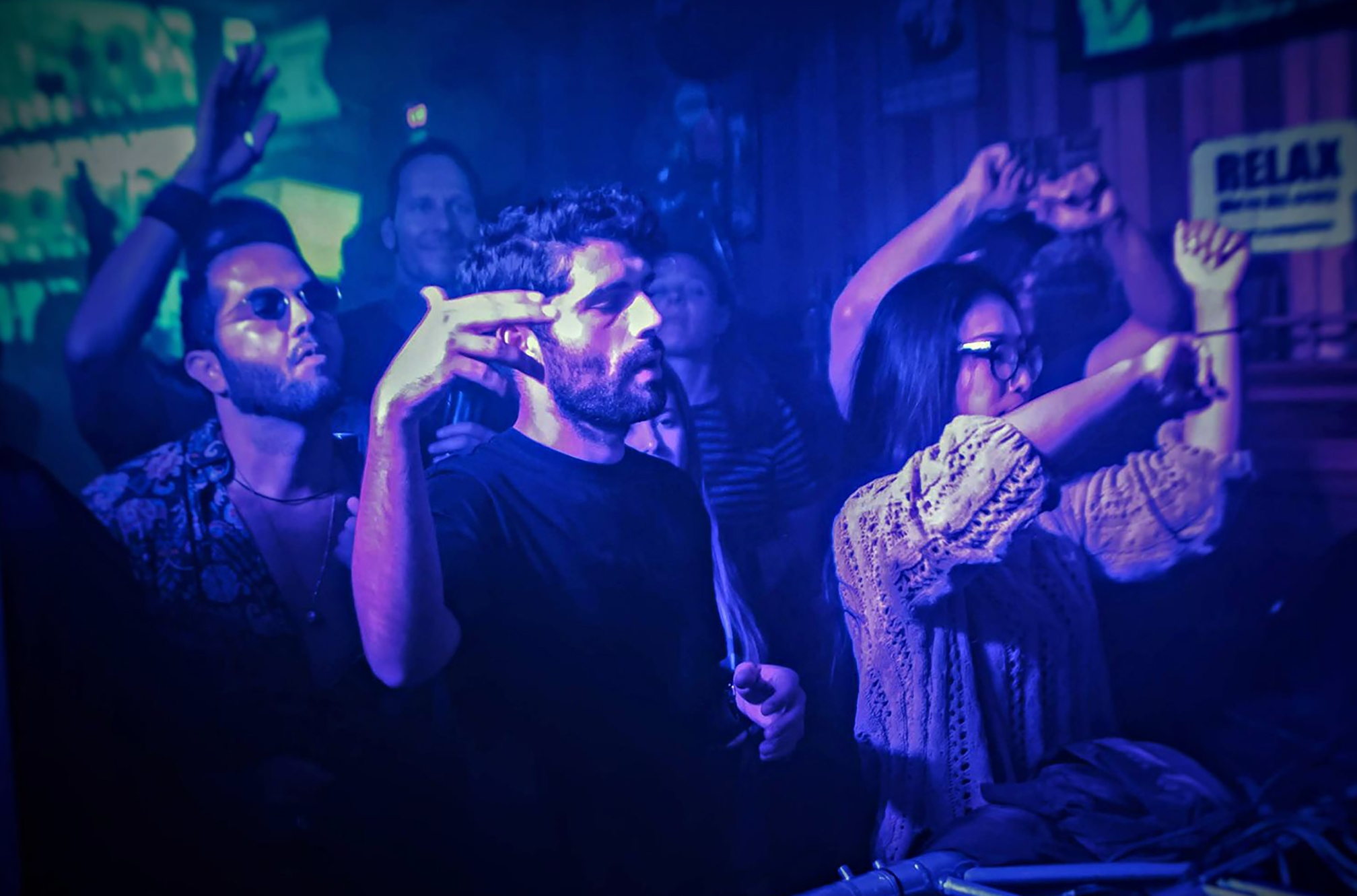 "This was our second official event in cooperation with BlackKat label at the Amsterdam Dance Event, a five-day electronic music conference and festival. This time we had booked 19 DJs and producers like Irregular Synth, Mha Iri, Indepth, Bolster, Nigls, BB Deng, Mickey Zhang and Biliguudei…just to name a few. I think for being an unknown crew in Europe, having 400 at our party was most impressive, especially knowing how competitive ADE is." 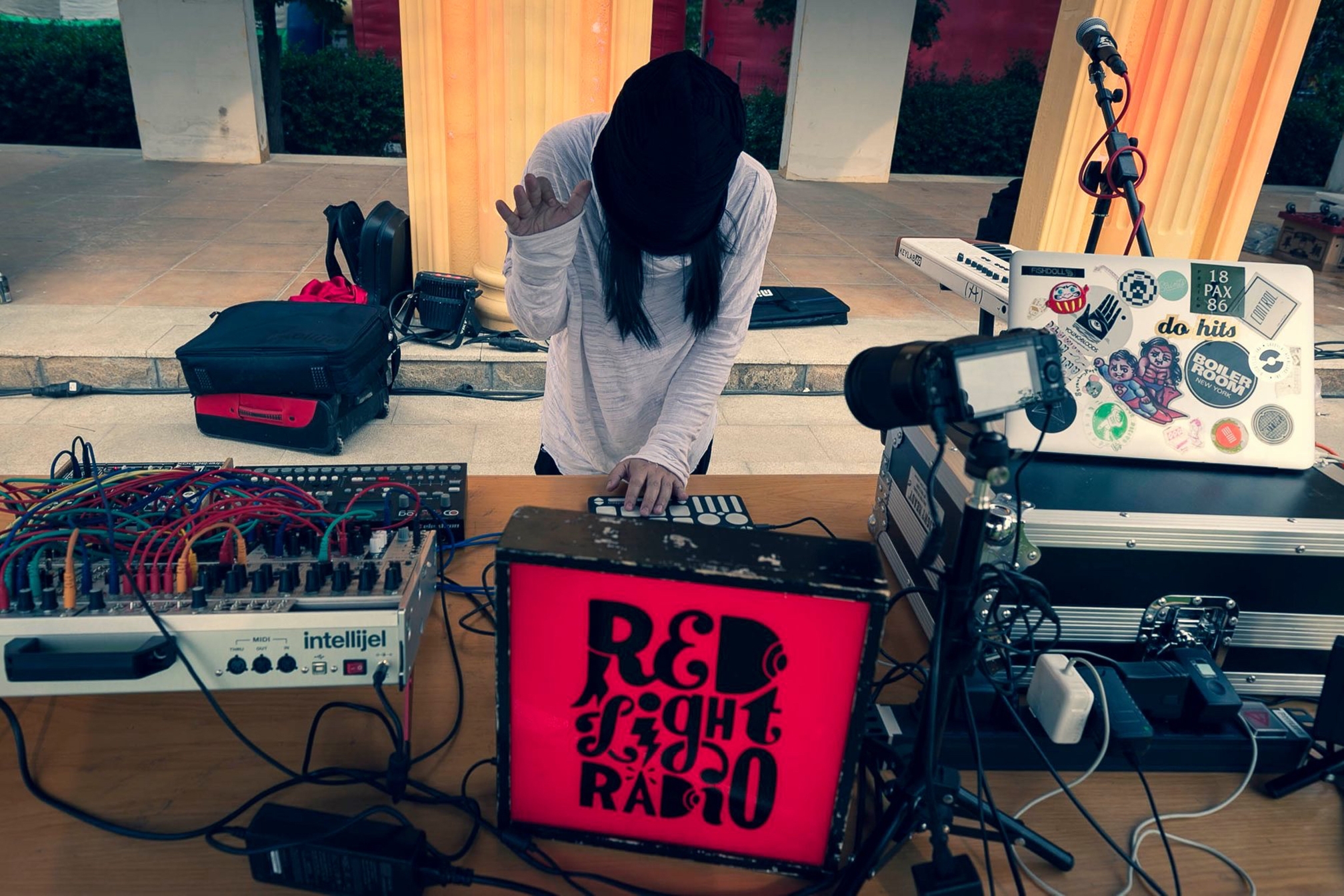 "In the direction of always working towards electronic music culture in china, we were first ones to Bring the Infamous RED LIGHT RADIO Amsterdam, showcasing pure local artists in three different cities: Hong Kong, Shenzhen and Beijing. The performances of local artists where live streaming through Red Light Radio Platform, giving the chance to the world to know and learn more about China culture scene and artists — and it was one of the best moments in this journey."