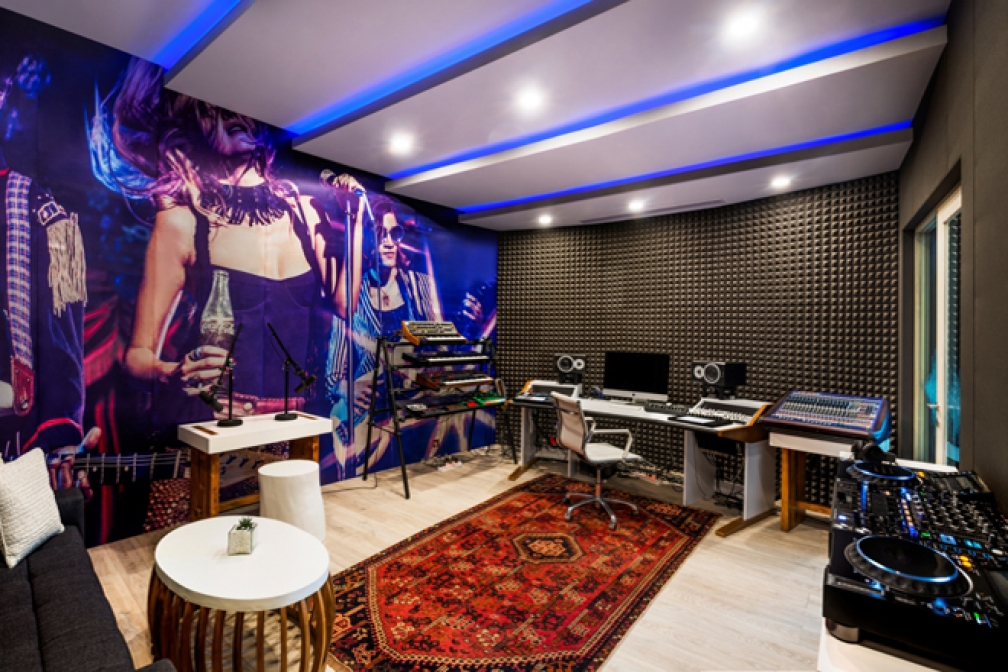 The tropical island of Bali is home to one of Asia’s most idyllic W Hotels in the world and now they’ve upped the ante by introducing a private space for professional recording artists, studio musicians and producers to “record in style while on the road.” The inaugural W Sound Suite is the hotel’s first ever private recording studio and creative space in the world with its Seattle studio opening shortly after. It’s sound proof and large enough to accommodate a decent entourage at 50sqm that includes a lounge, living room and mixing room as well as professional equipment from top brands like Native Instruments, Pioneer and Moog. Obviously, it’s decked out in the W Hotel’s typical contemporary style with a splash of Coca Cola (it’s partner) deco. Located in the heart of Seminyak on the same sparkling strip of sand where all those sublime sunset shots you see on Instagram are taken, touring artists can turn off days into productive days because Bali is exactly the kind of creative hub to help you rekindle inspiration for that new track you’ve been working on. Who can’t find inspiration in paradise? 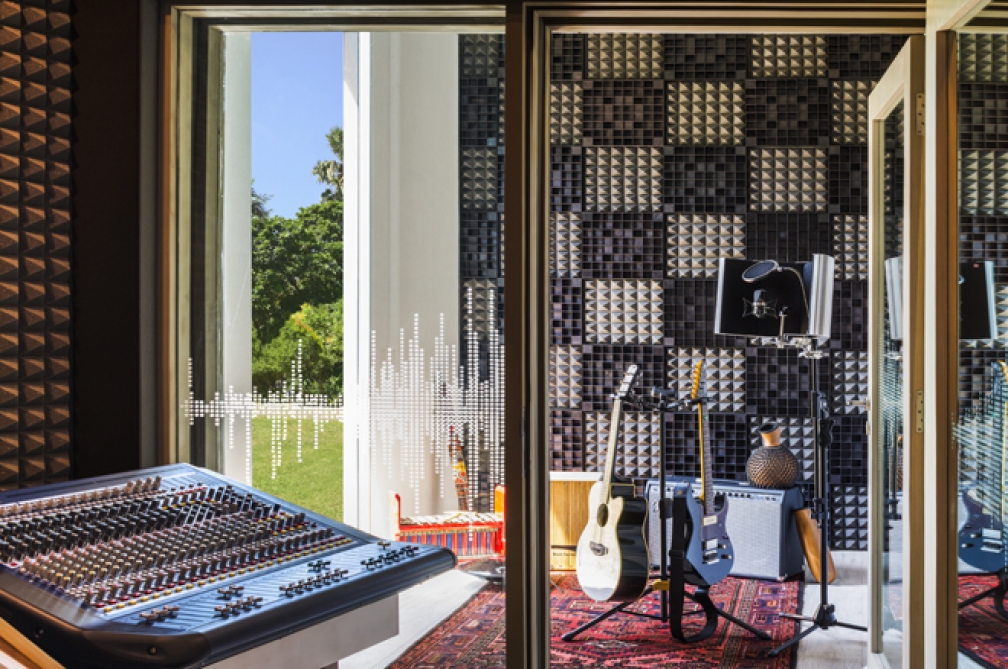 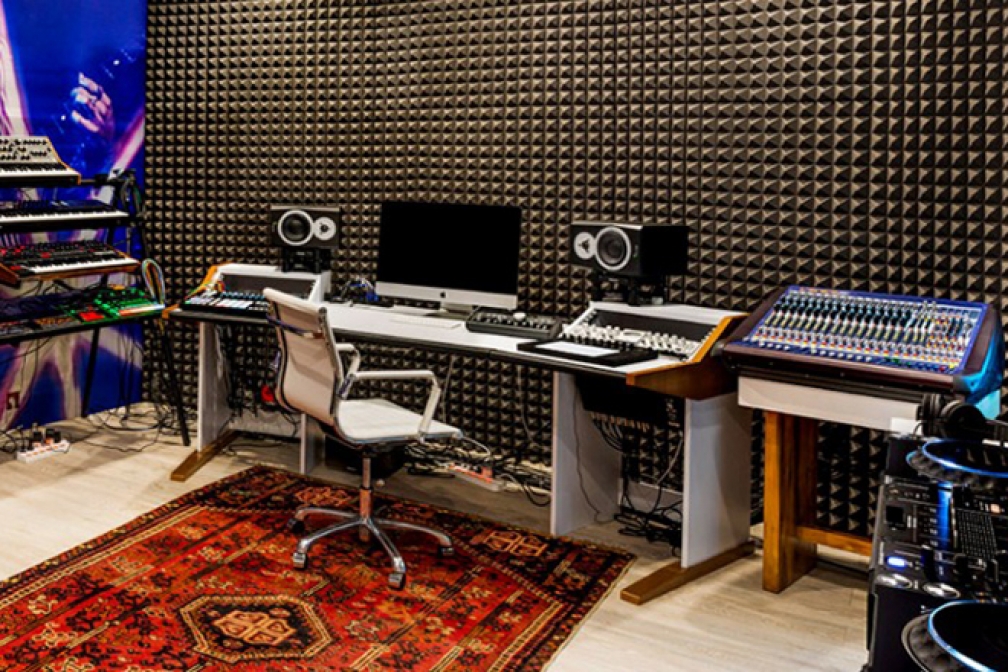 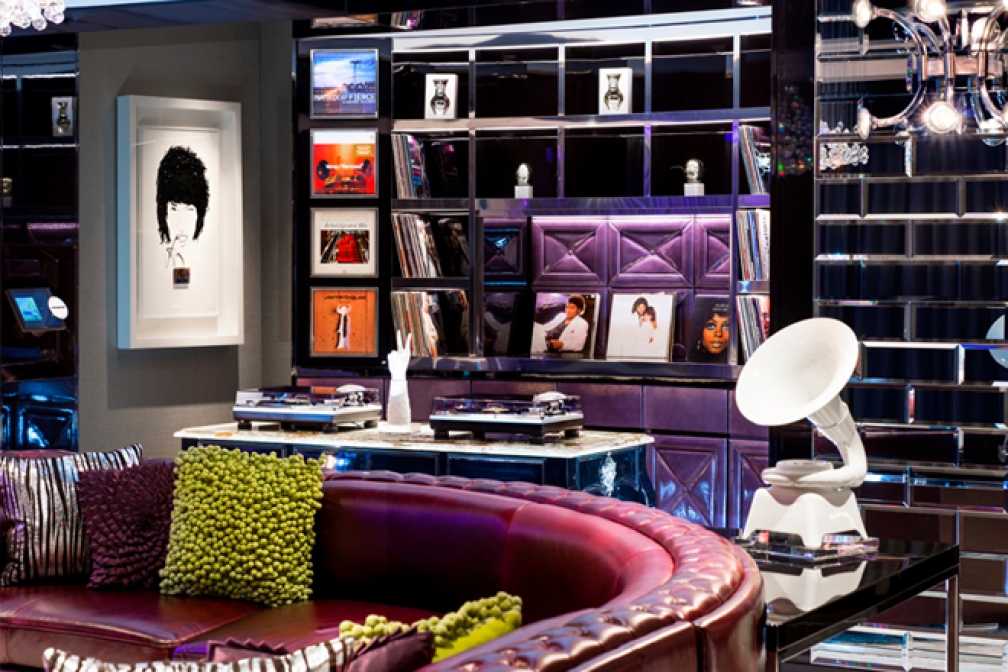 The W Singapore’s E-Wow Suite is the kind of place that your afterparty dreams are made of. If you’re in town for Zoukout or Ultra Music Festival, you have some dinero to burn and want to party loud and hard, consider renting the lavish room out for your crew. But the actual reason why Singapore’s E-Wow suite really stands out over other city's E-Wow suites, besides being the hotels most luxurious and expensive suite, is its built in DJ booth with two-state-of-the-art turntables and a vinyl collection curated by the hotel’s director, club style lighting and an in-room bar with a bartender available for hire. Accented in marble and purple, the 195sqm room screams playboy and boasts stunning vistas of Singapore’s iconic marina and the South China Sea. It’s also outfitted with cassette tape artwork and a gramophone statue for a proper musical vibe. There is also a private plunge pool, obviously. When in Singapore… 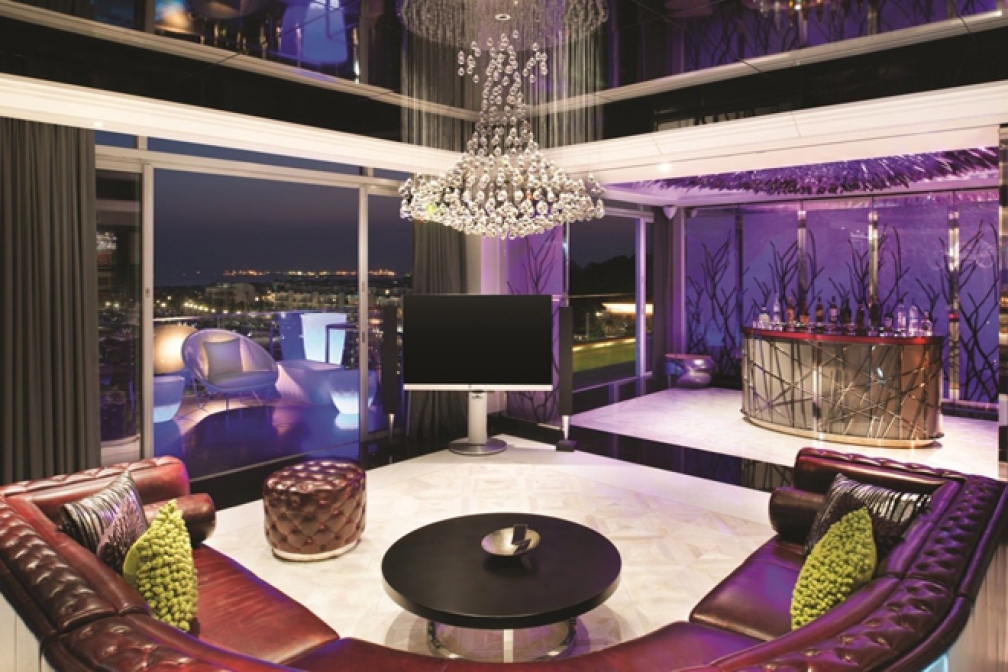 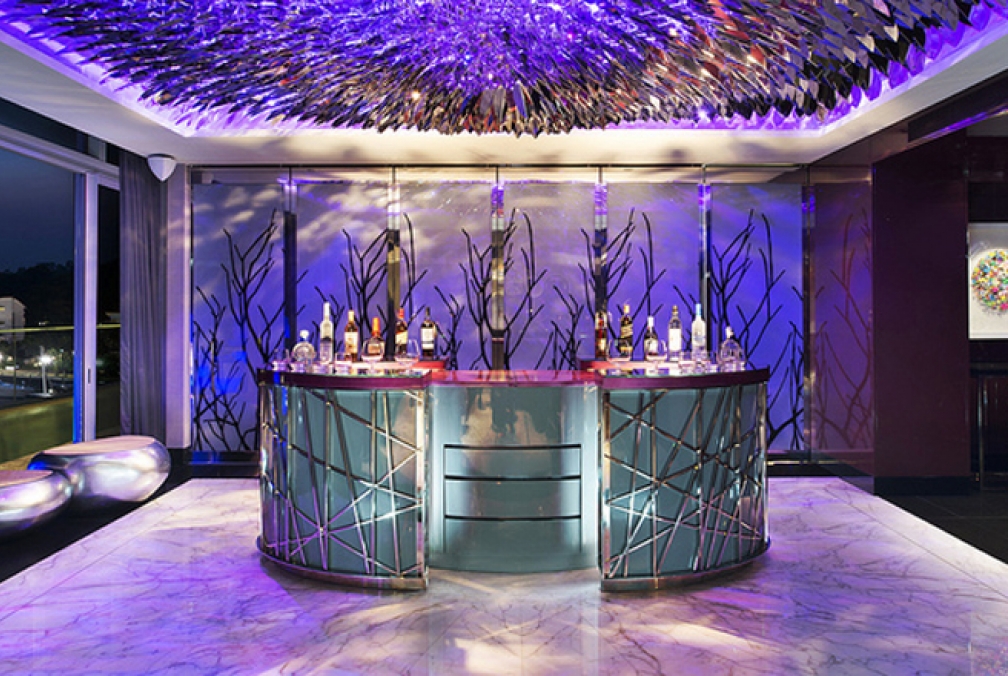 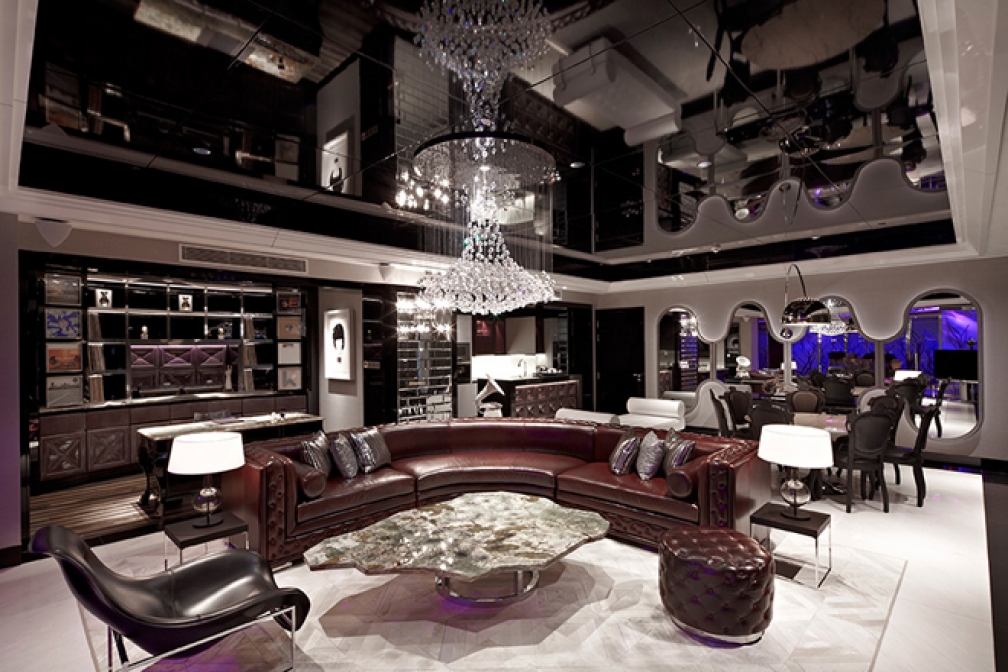 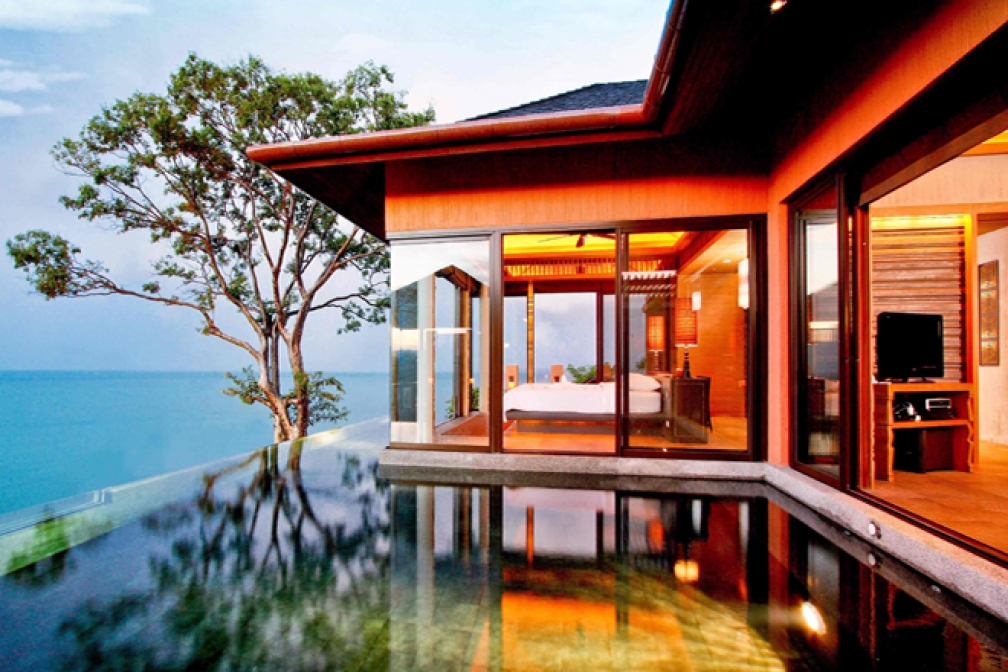 Sri Panwa: The mother of all dream destinations in Asia. Located in southern Phuket, Sri Panwa is one of the top recommended hotels in Asia within the music industry and probably every other industry in the world too. It's also one of the most instgrammable and you needn't look beyond the photo above to understand why. All of its rooms and villas feature private salt water pools with many of them also feature jaw-dropping ocean views. Baba Nest, with its staggering rooftop bar that boasts 360° panoramic views, has been voted amongst the world's best bars by top publications time and time again. The bar also hosted private parties for artists like Skrillex, Snoop, Rita Ora and more. Interestingly, for a super luxury hotel it has a day-to-day music program that only books underground house, techno and disco DJs from around Thailand. There is no pop or EDM music to be found at Sri Panwa, only some of the best poolside digs in the world soundtracked to really good fuckin' music. 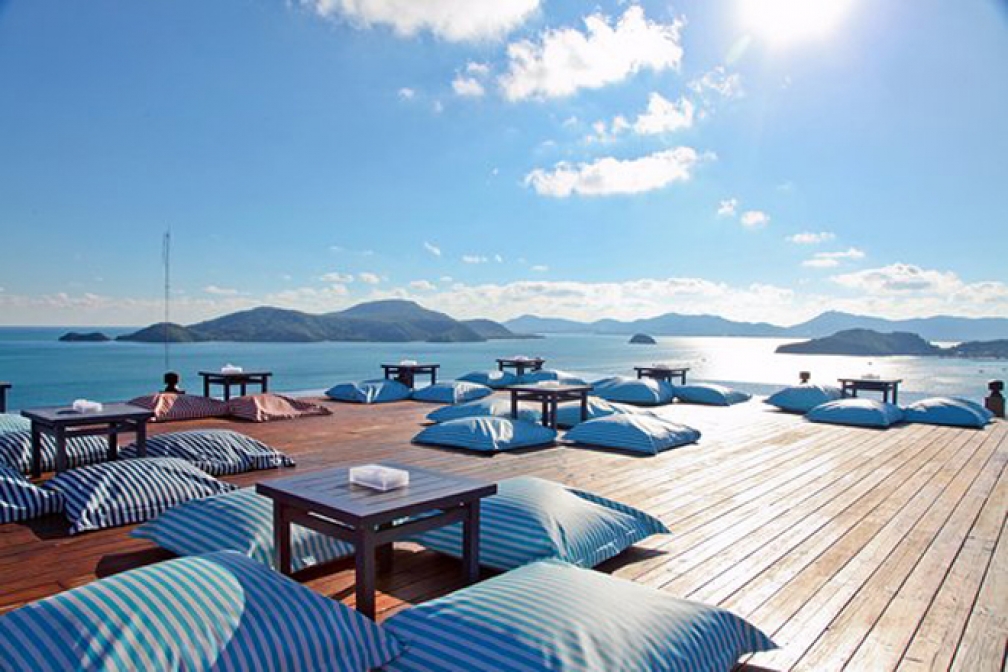 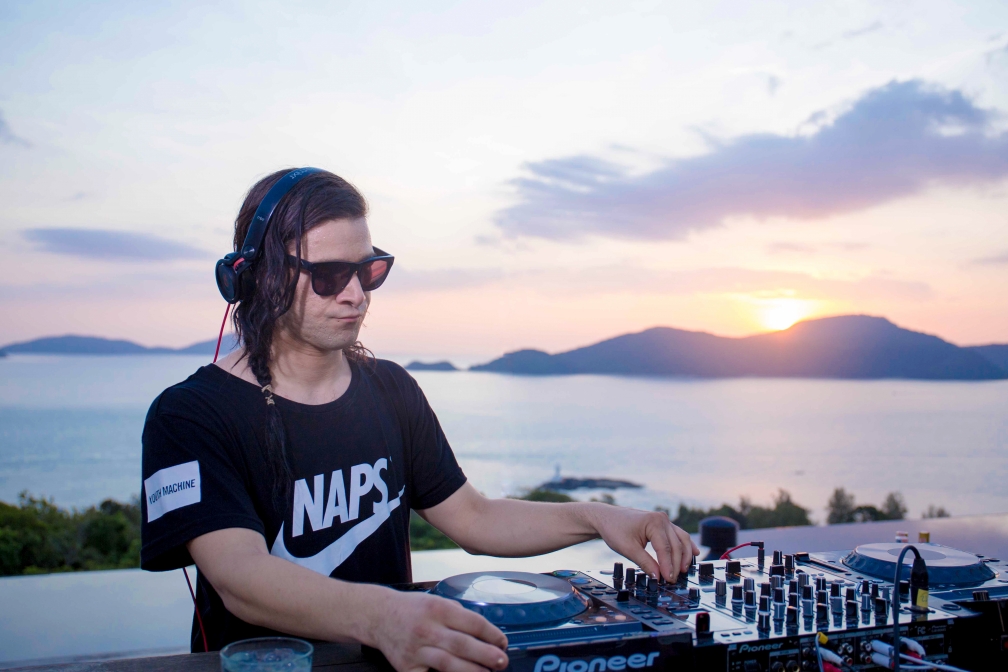 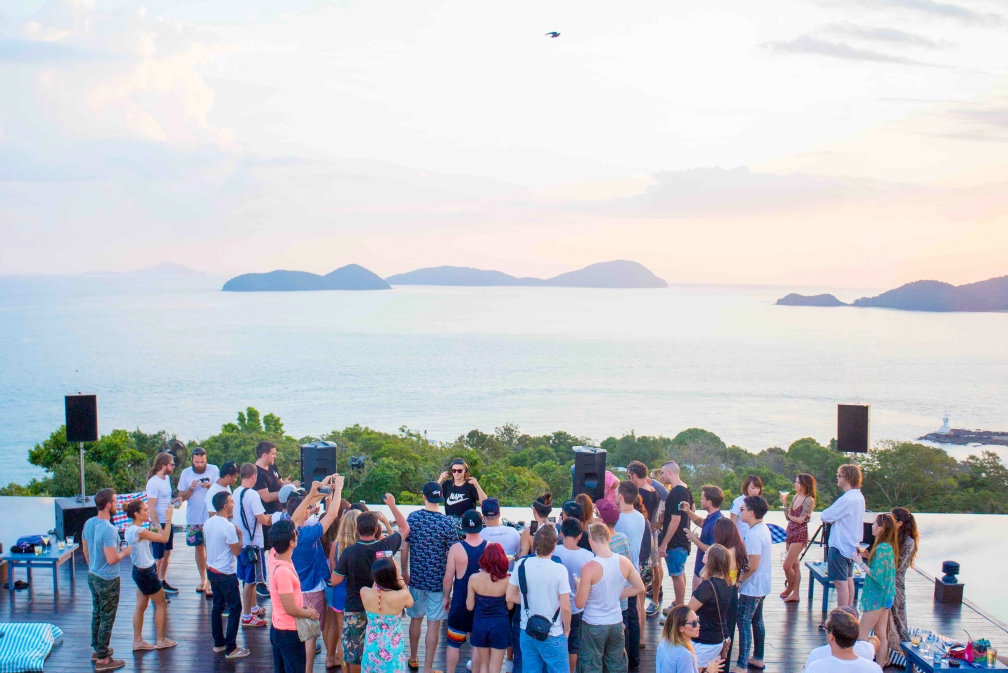 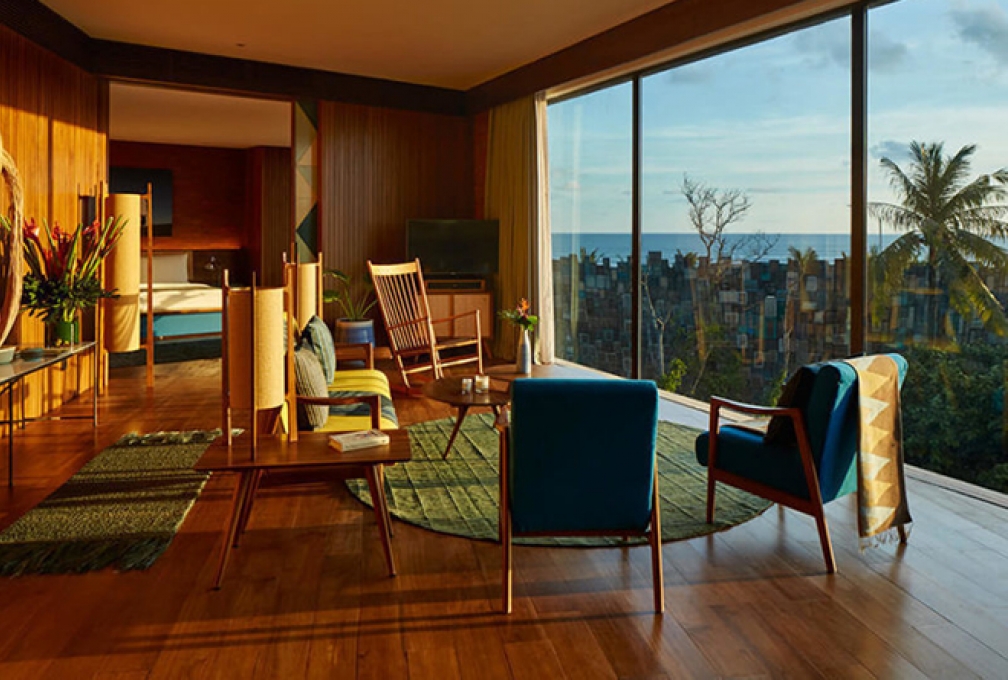 Katamama is the latest addition to the Potato Head family and it looks out over the iconic Potato Head Beach Club in Bali. The artisanal boutique hotel just opened a few months ago and is the stuff a designer’s dreams are made of. Everything in the hotel right down to the bricks that make up its foundation is either handmade or handpicked in Bali. The hotel's striking design blends traditional Balinese culture with contemporary craftsmanship and features both an incredibly popular in-house Australian Spanish tapas restaurant called Mo Vida as well as a “center for mixology” (a bar boasting strong ass craft cocktails) in the lobby. It also features in-room craft cocktails bars where you can try your own hand at cocktailing or call up your own personal bartender. While the hotel doesn’t officially boast any in-room music making amenities, if you’re there and feeling inspired by your surroundings, well, the right dollar amount can buy you anything really. That was the case for Disclosure, who likely felt inspired after their stay at the hotel when they played Sunny Side Up Tropical Festival last August and returned for some much needed R&R (rest and recording). For Disclosure, the hotel turned one of its suites into an in-room studio with vintage monitors and a simple setup where the PTT family urged Guy to create overlooking the ocean, surrounded by sacred Balinese bricks. 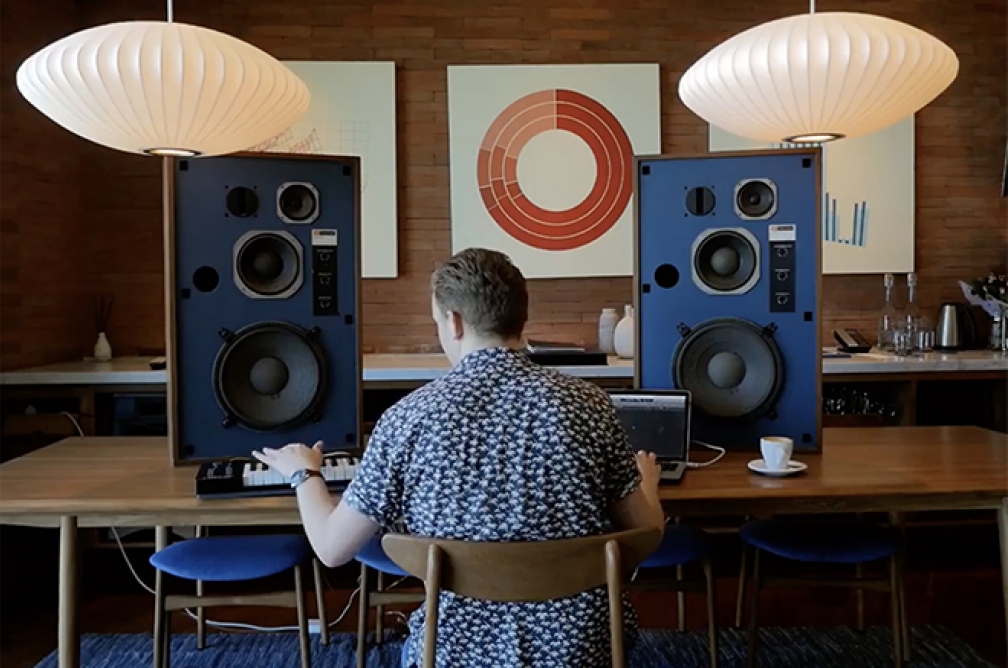 The initiative is part of of the Creator Series, an initiative where the Potato Head family invite artists from all disciplines to stay at Katamama to create music, art or work on social projects. Besides Disclosure, who also played secret gigs at Potato Head Beach Club, the hotel is a hotbed for touring artists playing there and with both being situated along one of the most photographed lots of land for epic Balinese sunsets, stay here and you'll have a hard time leaving the grounds at all. Read more about the series and watch the first episode with Disclosure here. 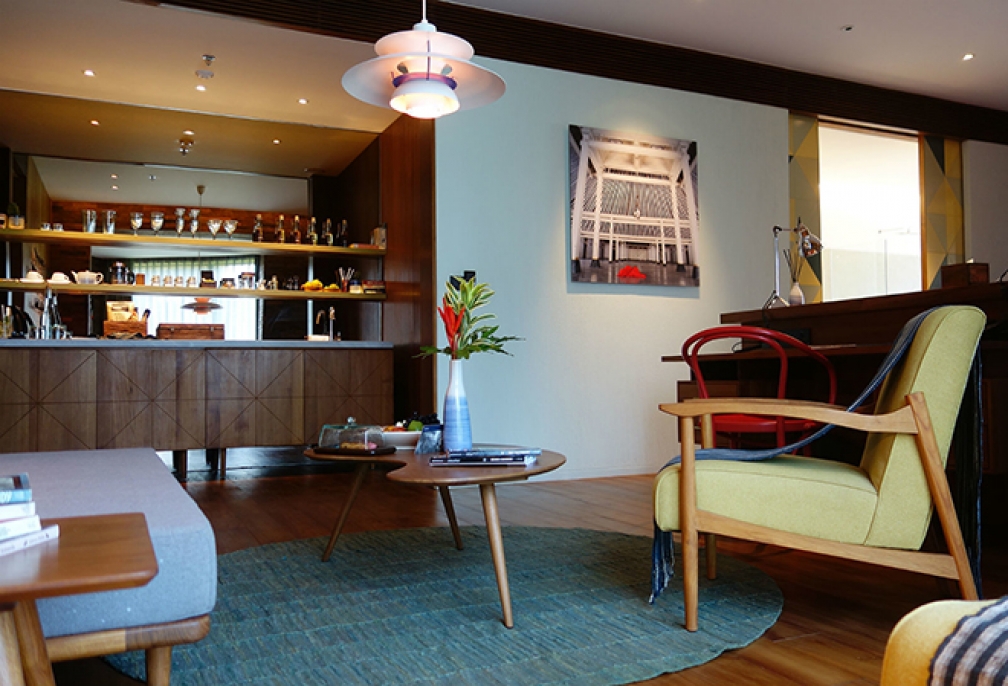 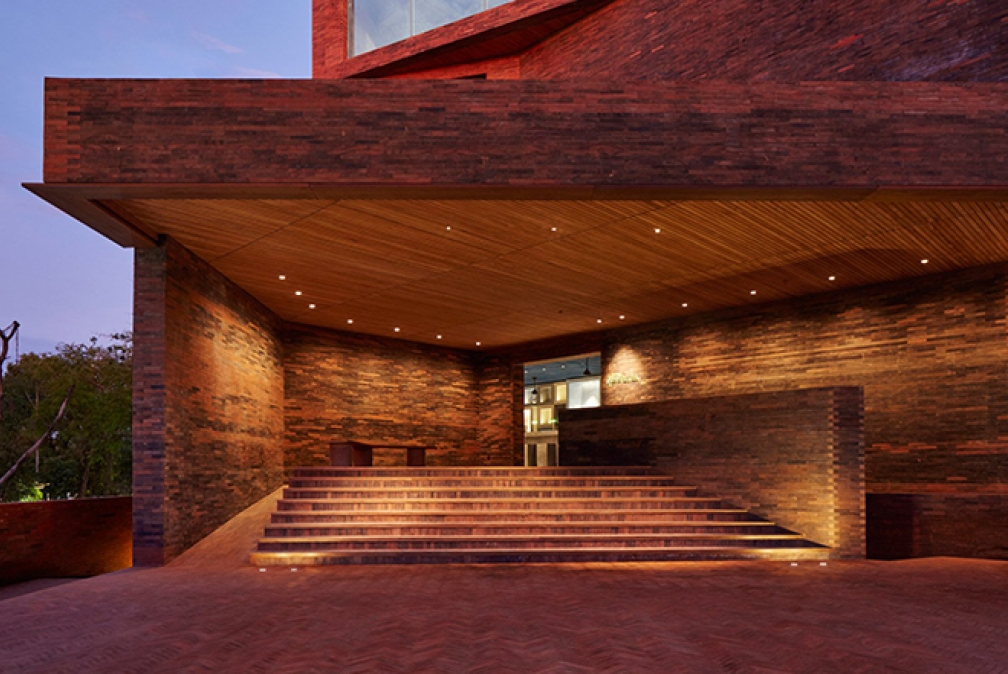