Nina talks us through her exclusive Mixmag cover mix

“This is a mix for winter listening. It has a slightly melancholic feel, but it’s coming from a happy place and it has an optimistic ending. It’s about childhood: that clear, uninterrupted viewpoint that you have when you are a child. It’s about longing for something that you can’t even explain clearly, but feel deep in your heart.

This mix is about dreaming. It’s about love – in the wider, universal meaning of the word. I have included a few of my own previously unreleased songs. I might include them in my upcoming album; I haven’t quite decided yet.

They are all more like sketches than finished songs, but I wanted to keep them exactly this way to capture the atmosphere perfectly, and transmit what I was feeling in that moment, as if you were there with me. The rest is music from my labels трип and Galaxiid.” 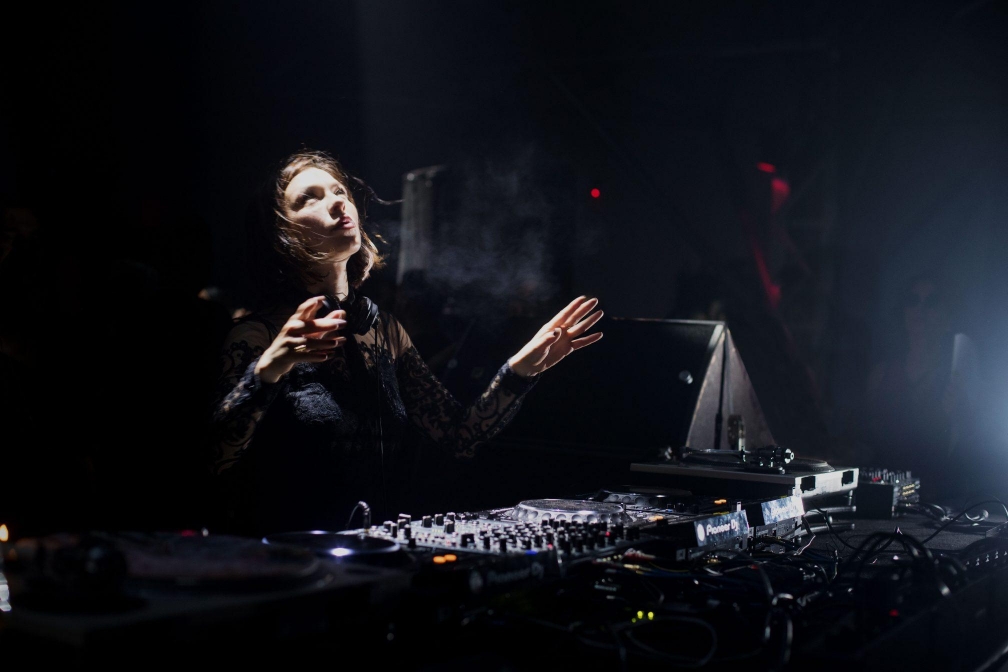 “An unreleased song that Vladimir sent me a few months ago; he doesn’t know I have included it in my mix. It will be a surprise! It has those weird chords in between that create a slightly mental atmosphere. Totally my vibe at the moment. At some point this will be released on трип”

“I didn’t tell Roma about this one, either. He will be glad to see it in my mix because I know he really feels it is a special track. I agree with him completely: just listen” (upcoming on трип)

“Leela experiencing her first chewing gum. My friend and I were driving from San Francisco to LA when his wife came on conference call. Her daughter was with her, next to the phone. She was eating two pieces of chewing gum and telling us how yummy it was”

“It means ‘talk to me’ in Russian. This is a sketch that I recorded this year. The synth part was made with a really interesting synth that has a very distinct character and personality. But the actual lyrics came later. I was at home, it was summer, the balcony door was wide open and the birds were singing. You can hear them in the song. I’m thinking about including the finished version it in
my upcoming album”

This recording was given such a straightforward title because it’s actually insanely long and has many different parts that could be songs on their own.It was recorded in Iceland last year. I went to a rented studio to play with my modular synth but got bored with that pretty quickly. Svenbjörn, whose amazing studio is next door, was working on something. I went to say hi and we ended up playing around and recording music together. This is what came out of it. I can’t remember who was doing what but it felt really amazing and flowed effortlessly.

It is very simple, but very emotional. I think I did keys and a vocal. Svenbjorn did those other crazy keys underneath and was also singing, but on the other part of the recording. I can’t wait to tell him that I made an edit and put it on my mix! I’m thinking about making a song out of it, and that will probably also be on my album. This is all first-take, real-time recording”

“This is a funny one. Recently I was going through my old computer and found this recording. It didn’t have anything on it except the name ‘Don’t Hold Back’. I know it was recorded in one take in someone else’s studio, either in Holland or Belgium, many many years ago. I remember I stopped by for an hour or so. But that’s all. If someone recognises the song please remind me! I love recording music like this: without any purpose. Just press record and let your emotions flow”

“This awesome electro cut is from the latest EP on трип from Volruptus. It’s called ‘Hessdalen’ after a place in Norway where people often see all sorts of UFOs. Bjarkmundur (Volruptus) is obsessed with UFOs and aliens”

“I love Alina and Kamil. They are really interesting people making great music. The real deal”

“I think this was supposed to be on Aleksi’s upcoming album on трип, ‘Paradox’ but it didn’t fit. So I thought this was a perfect chance to squeeze it in!”

“I found this track on Bjarki’s hard drive and really loved it. It only contains a little snippet from Richard’s original, but although it sounds very far from the original we decided to call it a ‘rework’”

This is a track from Solar X’s ‘X-Rated’ album that I’m putting out as a second release on Galaxiid. I was honoured to commission one of Keiichi Tanaami’s paintings (the amazing Japanese artist with a serious psychedelic element in his work) for the artwork, and there will be more to follow”

13.‘Nobody Loves You’ (garage recording of me with my old band)

“I found this funny live recording in my old computer. We were in the studio just fooling around when I spontaneously came up with the melody and the lyrics for this song. We never performed it live, but I kind of like it and it sends me back to those fun times when I was the singer/songwriter in My Space Rocket around 2007. My voice on the recording reminds me a bit of Nina Persson from The Cardigans”

CLOT x Ralph Lauren for Year of the Ox collab