The impact of Richard Wagner on modern music is hard to overstate.

He first introduced the concept of "gesamtkunstwerk” — roughly translating as “total artwork” or “synthesis of the arts” — in the mid-19th Century, envisioning a future where music, theatre and design would work symbiotically together. Since then, music and visual art have grown together like vines, becoming inseparable from one another in our age of official music videos, cross-disciplinary artist collectives and TikTok.

The post-COVID electronic music industry is trying to catch its breath and find its feet in a world where many nightclubs face under-capacity — if they can even open for business — and promoters are left to fight for digital engagement time.

However, a select group of musical event innovators in Asia and beyond are elevating the creative scope of electronic music to a new level, a level characterised by large-scale immersive tech and visual art. And in doing so, proving that music heads will still turn out en masse if the experience is considered unique.

July 2020. A few hours drive from Wagner’s hometown of Bayreuth, a most unlikely crew of parents, children, academics and 20-something late-night-trekkers lay face up on the ground. Berlin’s Berghain resounds not with the relentless vibrations of kick drums and shuffling feet, but instead with the industrial electronic sonic explorations of artistic duo TamTam. Their Eleven Songs – Halle Am Berghain was a temporary large-scale sound installation in the belly of the club, an initiative aimed at reconnecting the city’s many artistic communities in a shared space normally the preserve of party heads. 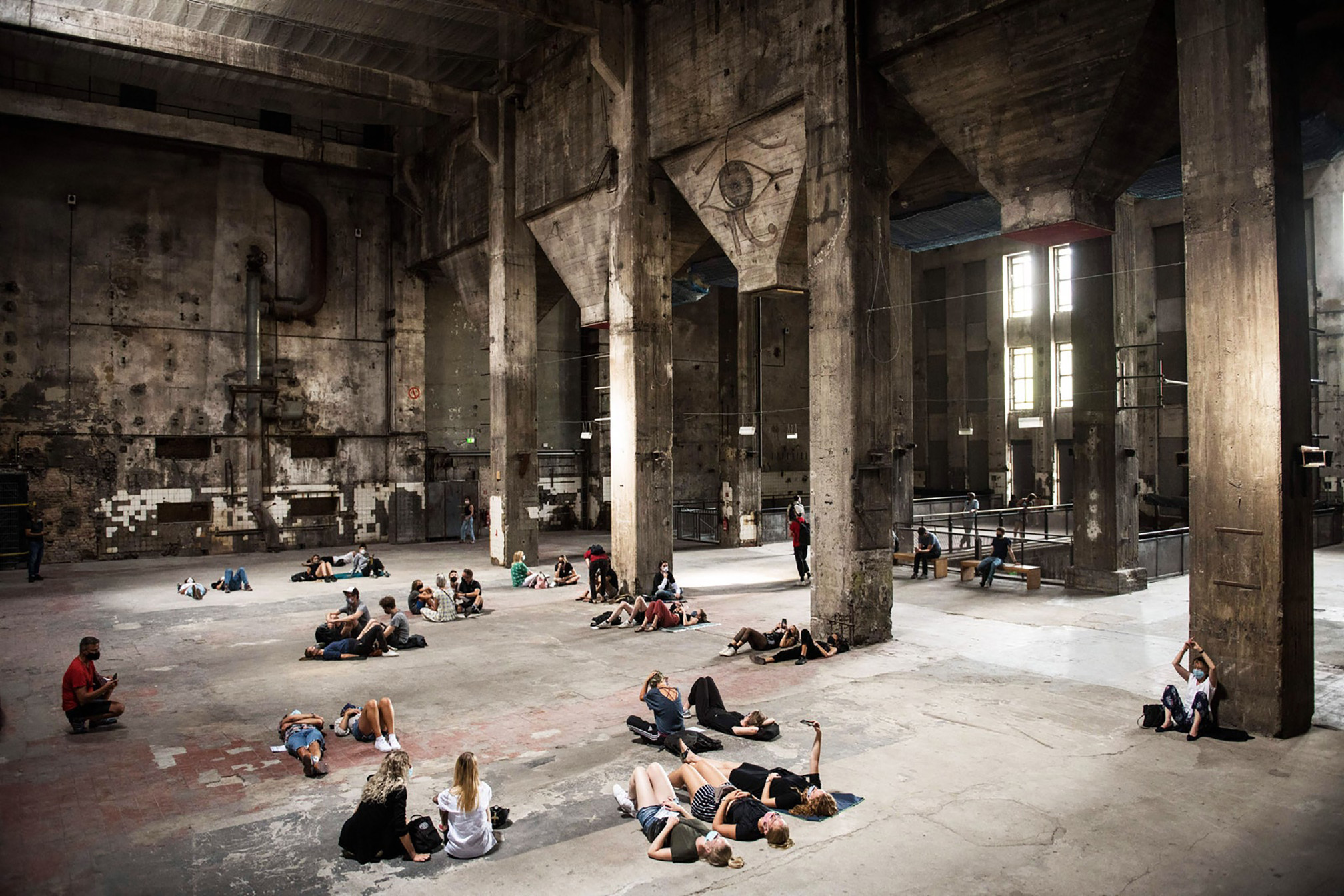 8,000 km to the East in Shanghai, China, a new venue called Club Beehive is bombarding the residents of its packed tables and dancefloor with an unprecedently epic visual display.

Opened in November 2019, Beehive is the artistic vision of two Dutch design companies. True to the name, a tornado of hexagon shapes arrayed in a honeycomb design spiral into an organic tree-shaped centrepiece behind the central DJ booth. The design team extended the honeycomb concept to giant LED screens on the walls and thematic chandeliers sliding across the ceilings.

Musically, the club is pushing no boundaries. Yes, the sound system is high quality, but that is nothing new to Shanghai’s nightlife crowd. Nor is the focus on dancefloor EDM and four-to-the-floor house.

What makes Beehive best-in-class in the city however is the elevation of the whole clubbing experience through the architectural design and visual FX. Ridiculously drawn-out dubstep EDM drops synced with dramatic lighting changes and trippy visual overload? Sure, why not.

If Beehive caters to the drop-gobbling Chinese student bottle crowd, the city’s more cosmopolitan music lovers are currently sipping gin & tonics on a rooftop, moving to the worldwide sounds of the Alter sound system. Alter – launched in 2018 by Yu Yang and Enzo Grasso – is a Shanghai electronic music events brand that serves the city’s more refined musical palettes with disco, funk, soul, house, techno, acid, breaks and more from across the world.

But Alter is about more than just global music curation and distinctive event settings. In their mission to “create electrifying experiences”, the founders place a high emphasis on integration with visual art, something that really carves out a unique space for their brand in the city’s event calendar.

A September 2020 collaboration with local artist Zhang Ding and his well-known “Con Trol Club” arts brand illustrates this perfectly. Con Trol Club opened a two-month installation art exhibition at the Fosun Foundation Shanghai venue on September 5, and teamed up with Alter to unveil the artworks for the city’s creative community.

Speaking with founder Yu Yang, she explains the thinking behind the collaboration.

"We've always tried to integrate tech-driven visual art into our events, initially just in the form of augmented livestreaming. But when the chance to work with Fosun Art Foundation arose, it was a natural next step to elevate music to a new level with IRL immersive art."

The economics of the artification of electronic music is simple: lower physical footfall and a competitive digital entertainment space mean that music events brands must create experiences that wow audiences – both on the ground and at home. To convince the core music heads to turn out, but also crucially to bring in new cross-over audiences who perhaps wouldn’t have considered a straight-up techno fest.

If Wagner had been alive today, perhaps he’d be erecting giant installation pieces on city rooftops, popping bottles and blasting airhorns inside LED-clad auditoriums, and propping himself up on the decks towards the end of Ring Cycle sized sets.

We’re there, Richard. We are so there.