Whilst the rest of the world awoke from a year of lockdowns in the spring of 2021, Vietnam entered its most challenging period. The bustling, chaotic streets, which are normally alive with millions of whizzing motorbikes and the infinite orchestra of construction, all stopped. Everything went quiet. Streets became barricaded; the army helped deliver food, and the rights of everyone were restricted to ensure the COVID-19 spike was halted.

The strategy was harsh, and especially more so while watching European counterparts enjoy a summer of festivities — it only added to the anguish felt by many. Though, by the end of 2021, the country was slowly waking up and dreams of returning to the dance floor soon became a reality.

All eyes were looking at the idyllic shores of Phú Quốc, a beautiful island nestled in the Gulf of Thailand. It was also the first place to open to international tourists under the country's COVID-19 plan and was to hold not one but two festivals run by local collectives. With my green COVID-19 pass - that means two injections - I could travel domestically, and eagerly ventured off to the island anticipating all-day dancing with over 2,000 merrymakers from all over the country.

Hanoian crew, Studio Adventure Collective, has been running eclectic parties across Vietnam for some years. This was only the second edition of Odyssey, and it extended from three days to a monstrous seven. Even to the diehards, this seemed excessive, but when you factor in nobody being able to do much for 2021, it seemed only fitting to put the stamina of Vietnam's taunted ravers to the test.

A narrow, winding road where at night the ambient glow from swaying porch lights cast shadows upon sleeping Phú Quốc ridgebacks led to Bai Sao, the festival site on the island's east coast. Neon blues and orange hues illuminated a cosy and intimate setting, whilst scattered partygoers could be found on swings along the shores or atop climbing domes dotted about the beachside — for me, a personal favourite were the duck pedalos that lay ashore; it was the perfect place to look out for shooting stars. 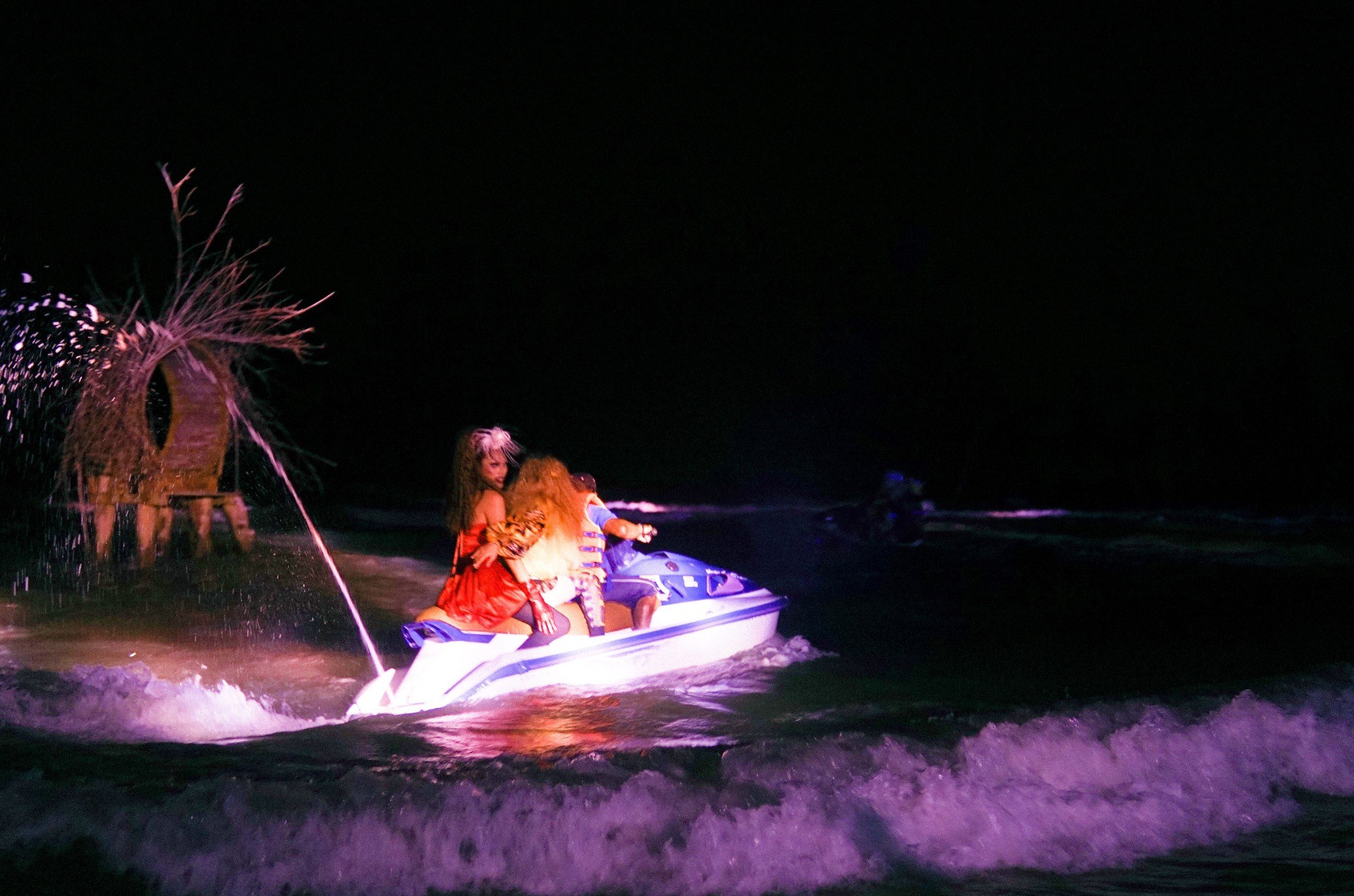 Come Friday night, the Queens of GenderFunk, a drag collective from Saigon, propelled the night on their jet-ski into a loose and untamed affair. The festival's DIY spirit came alive with the kinetic energy of people who hadn't seen a dance floor in nearly a year. Face paintings and fanciful outfits adorned the barefooted and diverse crowd, reflecting the ever-growing movement for underground music in Vietnam. Revellers darted about trying not to spill their drinks, finding friends along the whitewashed shores as music blasted out of Function One Sound Systems at the two stages.

The more industrial sounds of techno, house, and drum’n’bass echoed over a distance from the vast, semi-enclosed Nova Stage. Bodies oscillated to the seismic sound waves, and feet pounded along to thundering drums and riveting basslines — its intended warehouse feel certainly came into full effect over the weekend, with acts like Teodora Van Context , Techa, and Steffen Sonnnenshein throwing it down to a frantic and wild full house.

Studio Adventure's Odyssey was certainly formulated for hedonistic players, but being programmed over a week carried the risk of keeping a consistent number of heads in attendance. Over the last few days, the voluminous Nova Stage felt somewhat empty, and the void was only amplified by the pulsating sounds of techno. On Monday night, G Nomad & Bipolar Bear tried to build a crowd, and for those who came to dance with fervour, the energy inside the enclave wasn't even close to being diminished — but I wondered how many party-goers were still left dancing at 4am when the music would normally wind down. In hindsight, having just one stage to close out the last few days might have been a good idea, so highly-anticipated acts like HUM (Hanoi Underground Music) could feed off the crowds they deserved. Their peak-time set on the penultimate Tuesday had a verve that would have taken the roof off most clubs - maybe everyone was just saving their legs for the final night. 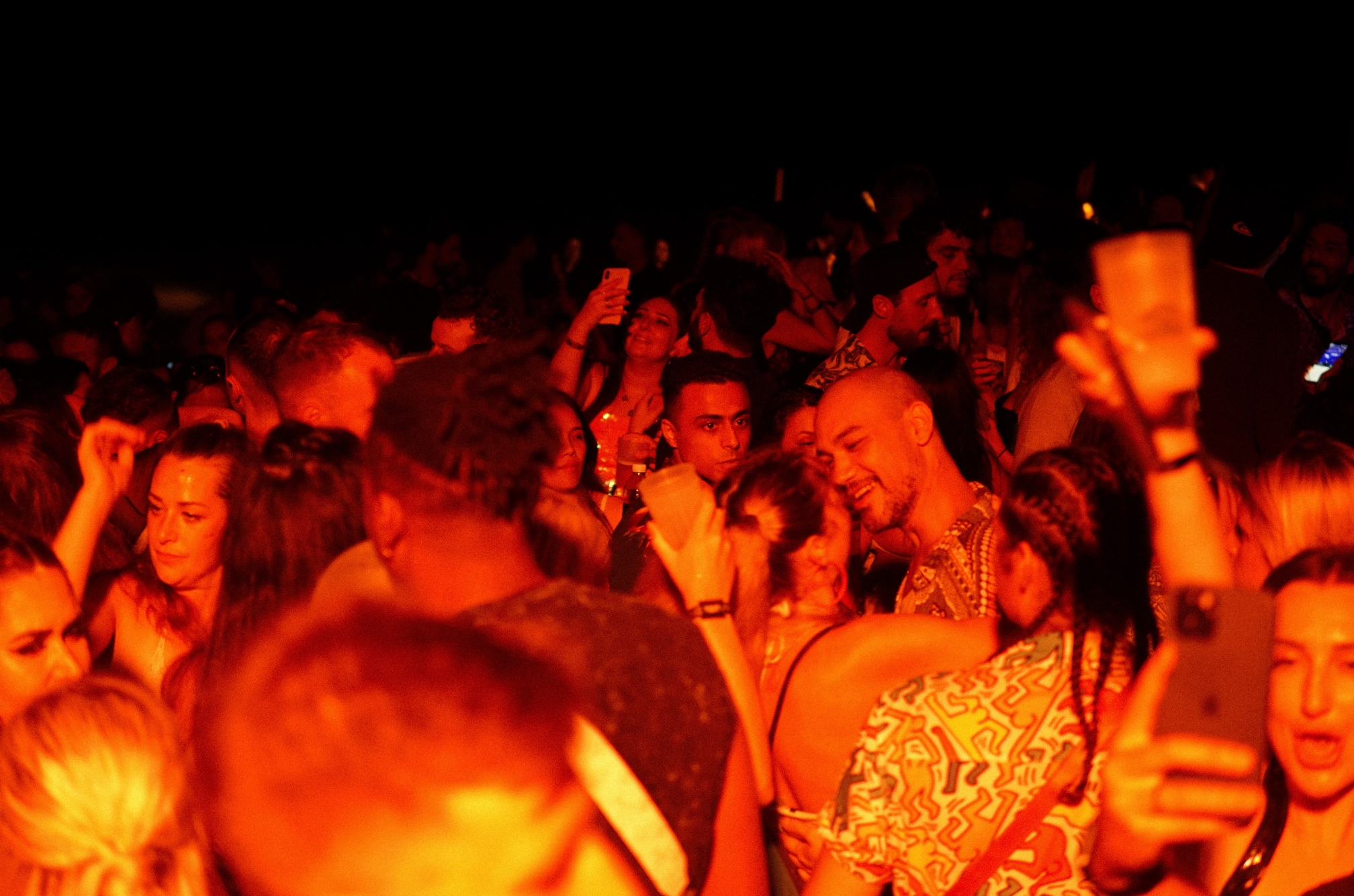 A quick trek across the sand under starlit skies, we land at the 360° Octa beach stage. It was where I found myself, along with other pleasure-seekers, for most of the 7-day festival, firmly front-left, where DJs were trusted with all the space controls they could need. A sophisticated design for the lighting rig with KiraOne at the controls was well received by ravers whose feet were off the ground. At 360° Octa, Vietnamese artists like Min8 and Cong helmed the floor, and deservedly garnered the limelight by keeping everyone dancing till the heat from the morning sun came scorching across the sea of bodies.

The stage was ready and ripe for NYE as Lien Hoan, residents of The Observatory in Saigon, commanded the starship through an 6-hour intergalactic set. It was oozing feel-good house classics, from Voyage's ‘From East to West’, Lucio Battisti's ‘Il Veliero’, to crowd-pleasers like Armand Van Helden's ‘You Don't Know Me’. The echoes of “Chúc Mừng Năm Mới” (Happy New Year) rang out as midnight struck, whilst ecstatic and loving embraces took over the dance floor.

I realised it was that kind of moment that I had forsakenly taken for granted, and Lien Hoan’s flawless soundtrack reminded me of why I was there, why we were all there, together. The night marked an emotive return to the dance floor, etching a new beginning for everyone in attendance.

The serotonin rushes continued, and throughout the week, the atmosphere felt like one big family reunion. A celebration of all the hard-working collectives and institutions that have laid the foundations over the years for an event like this to happen. 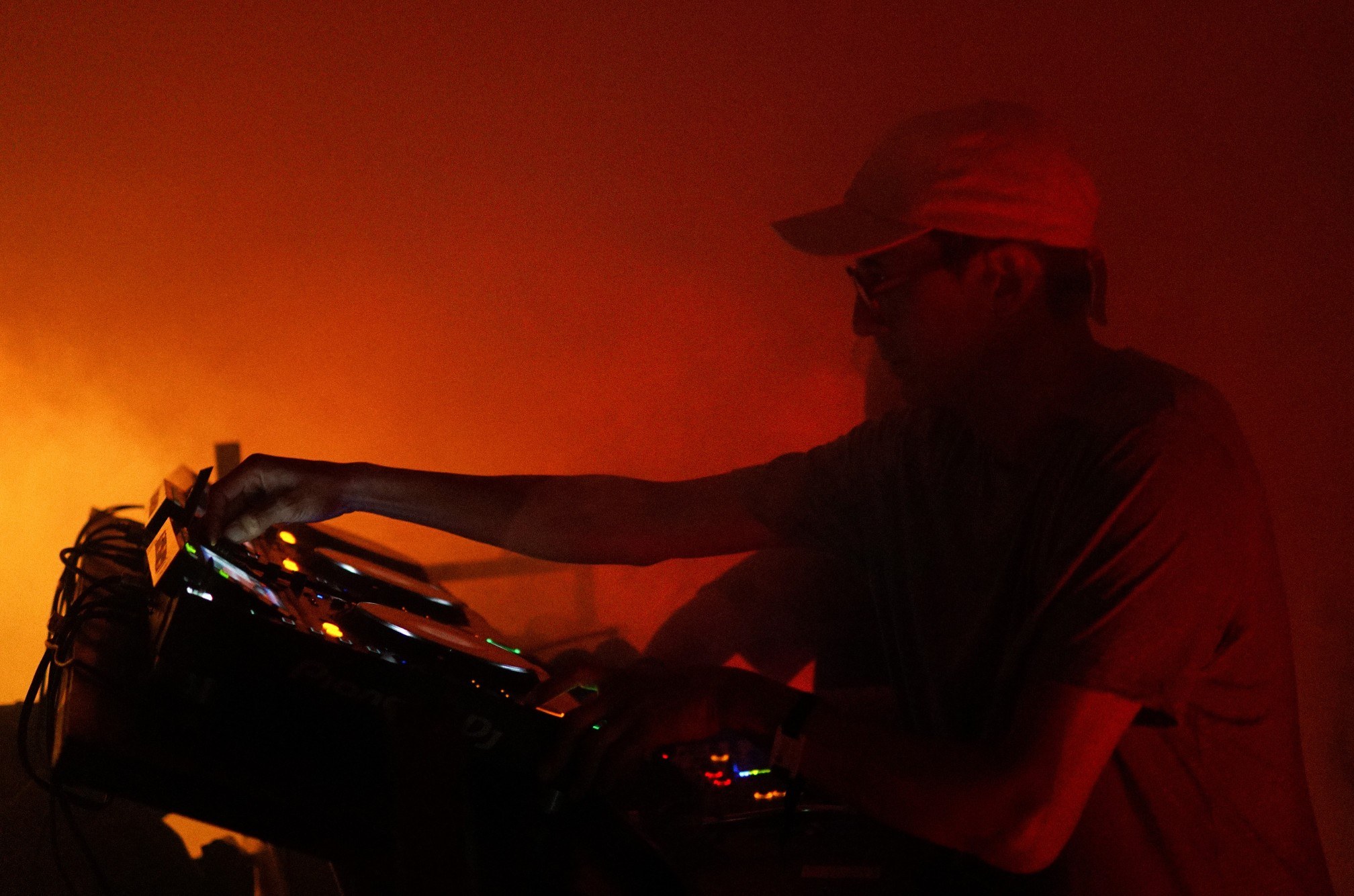 Emerging from Savage and The Observatory, two clubs that are the pillars of Vietnam’s underground scene, we hear the chugging sounds of residents Di Linh and TaoFu. On Monday night, they energetically swayed from side to side, like that sort of Nina Kraviz sway, with matching red silk shirts empowering their rhythmic selections for a heat-filled 3-hour set. It was clear to see their star power emanating from the 360° Octa stage — I’ll put my money on them being Vietnam’s next best export.

On the final night, Ouissam, the architect behind Savage, treated those that stayed for the full journey to a special and emotive 4-hour set. Euphonious selections such as the dub of Sophie's 'Nothing More to Say’ kept tired legs dancing under the moonlit sky, only to hand over to Hibiya Line, the founding father of The Observatory, and his protégé Anh Vy. Hibiya Line and Anh Vy stepped right in with big energy, dropping A.I.E 'The L.L Club Mix' and West End classics like Master Boogie's ‘'When Shit Hits The Fan' just as a power outage momentarily culled the dance floor.

Over the 7 days, the 360° Octa stage beautifully captured the nature of Vietnam's music scene: a community of fun-loving people from all over the world, who are encouraging and supporting everyone, and more importantly, providing a stage for a new generation of Vietnamese artists.

As the festival came to a close, dawn rose on a new year, shining brightly on the country's dynamic music scene. And Studio Adventure's Odyssey gave hope that this year, dance communities across Asia and the rest of the world will be able to watch these beautiful sunrises together.