Imagine being above the clouds and skiing down straight into a steamy bowl of ramen while Zhu plays? That's the general vibe of Snow Machine, a brand new ski and rave festival that's carved out of the Japanese Alps and has reimagined the so-called destination festival into something a little more frosty. A quick zip on a bullet train from Tokyo to Nagano, where the 1998 winter Olympics were held, and an hour more to Hakuba gets you in the heart of the picturesque Northern Alps to a valley hemmed with peaks covered by a blanket of white powder. The festival's four stages are dotted across these slopes, which are backdropped by an idyllic alpine ski village that, in stark contrast to Tokyo's future-forward neon vibe, retains the kind of 80s aesthetic and atmosphere that Haruki Murakami writes about in his novels.

Since jet setters started combining wanderlust with music festivals a few years ago, the ever-changing electronic music landscape fell hard for destination festivals, which quickly evolved into 360° travel experiences. Beaches and other exotic locales, which Asia has plenty of, made tropical dreams come true but no festival had yet to offer a winter wonderland kind of experience in Asia. And if you're a powder hound, or just someone looking for an elevated après ski experience, Japan deserves a spot on your bucket list. For five days and four nights, Snow Machine brought together an avalanche of the biggest acts out of Australia, as well as a couple of regional stalwarts from around Japan, to shred the gnar in one of the most culturally alluring countries in the world. 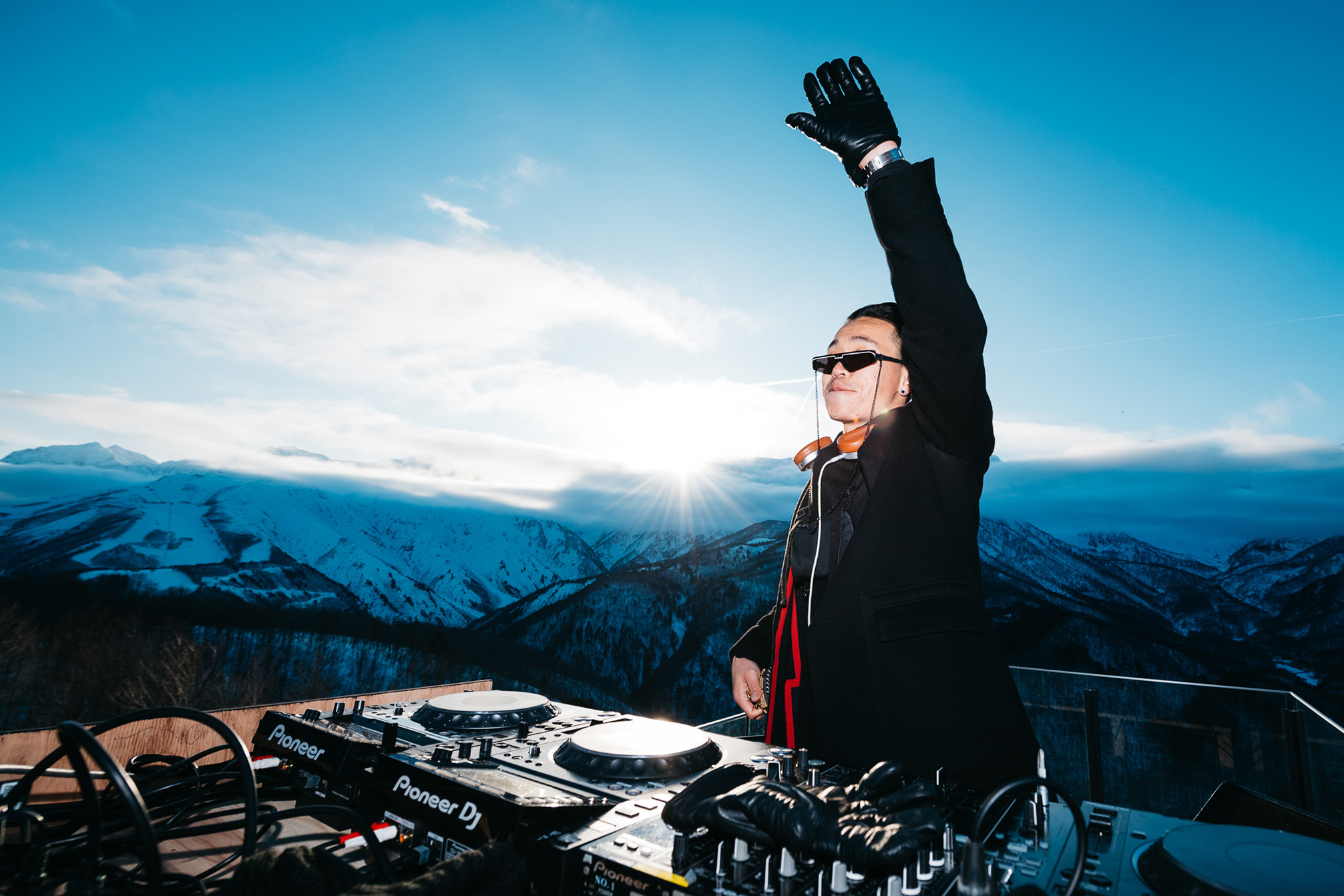 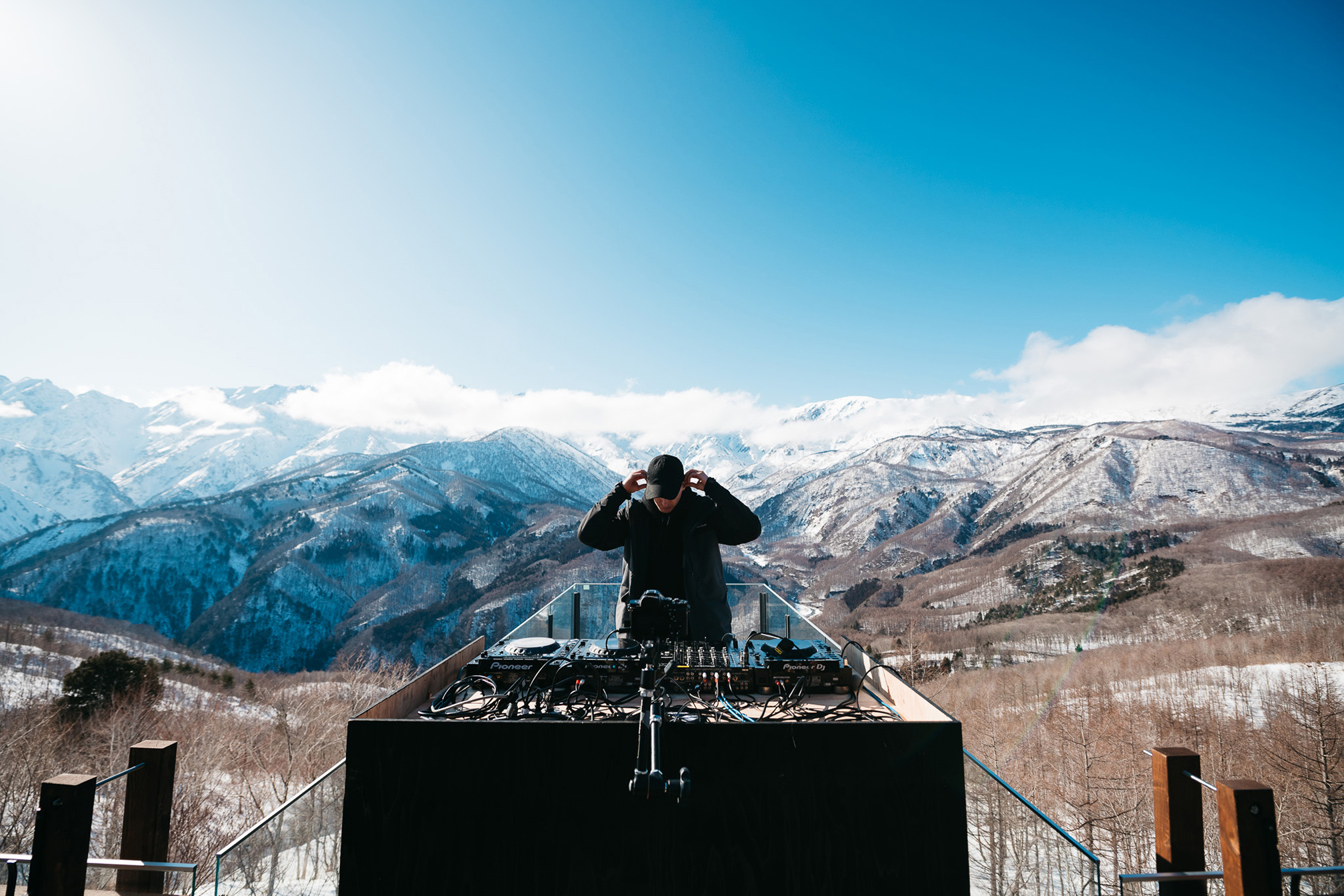 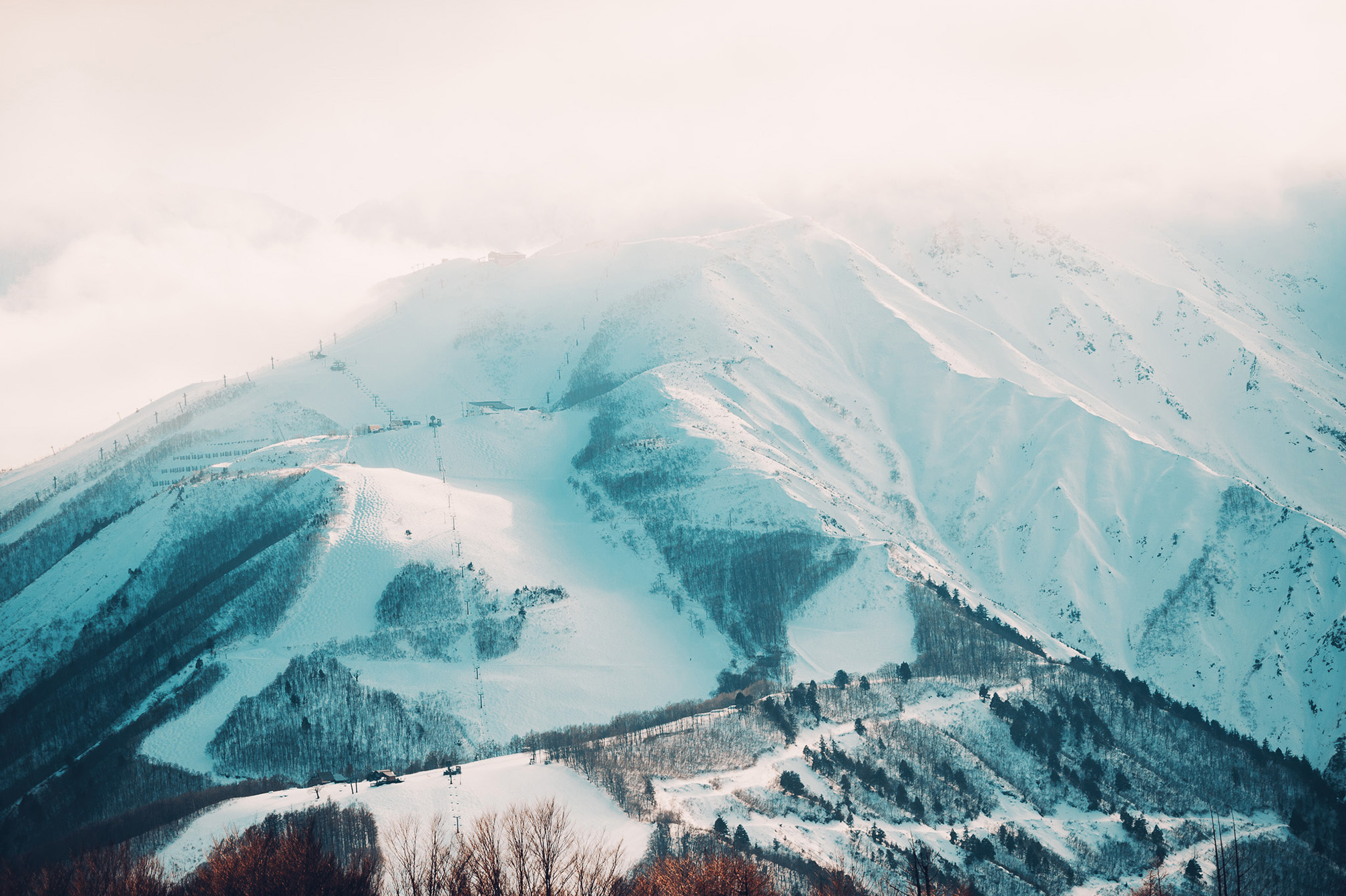 What about the music? The organisers are the same outfit who execute Australia’s whimsical fine wine and dance music festival called Wine Machine, and they brought with them a wealth of DJs, live band and after-parties. The line-up varied by day but always delivered crowd-pleasing music for all. Australian dance music duo Peking Duck brought all bounce and zero boundaries, strength to strength singer, producer and DJ Running Touch sparked the mood with an electronic fuse, Young Franco served up a selection of disco classics and funky basslines and campy electronic pop group Confidence Man enamoured us into a brief dalliance with their sugary performance of bubblegum dance-pop with a rock ’n’ roll edge — their show needs to be seen. Australian man of the moment What So Not sent the crowd into a frenzy by rallying through a set of high-octane house hits before handing their reins over to resident party starter Hot Dub Time Machine, who really riled up the crowd with a slew of bangers that ran through the best-of-the 50s until now. Overall, high-energy stage antics were strong but finished early every night (the main stage curtain called at 10pm...a secret joy of a music festival) which meant people were fresh to hit the slopes at first lift — unless you found the unmarked after-party through an old Japanese vending machine randomly placed in the heart of this buzzing town. 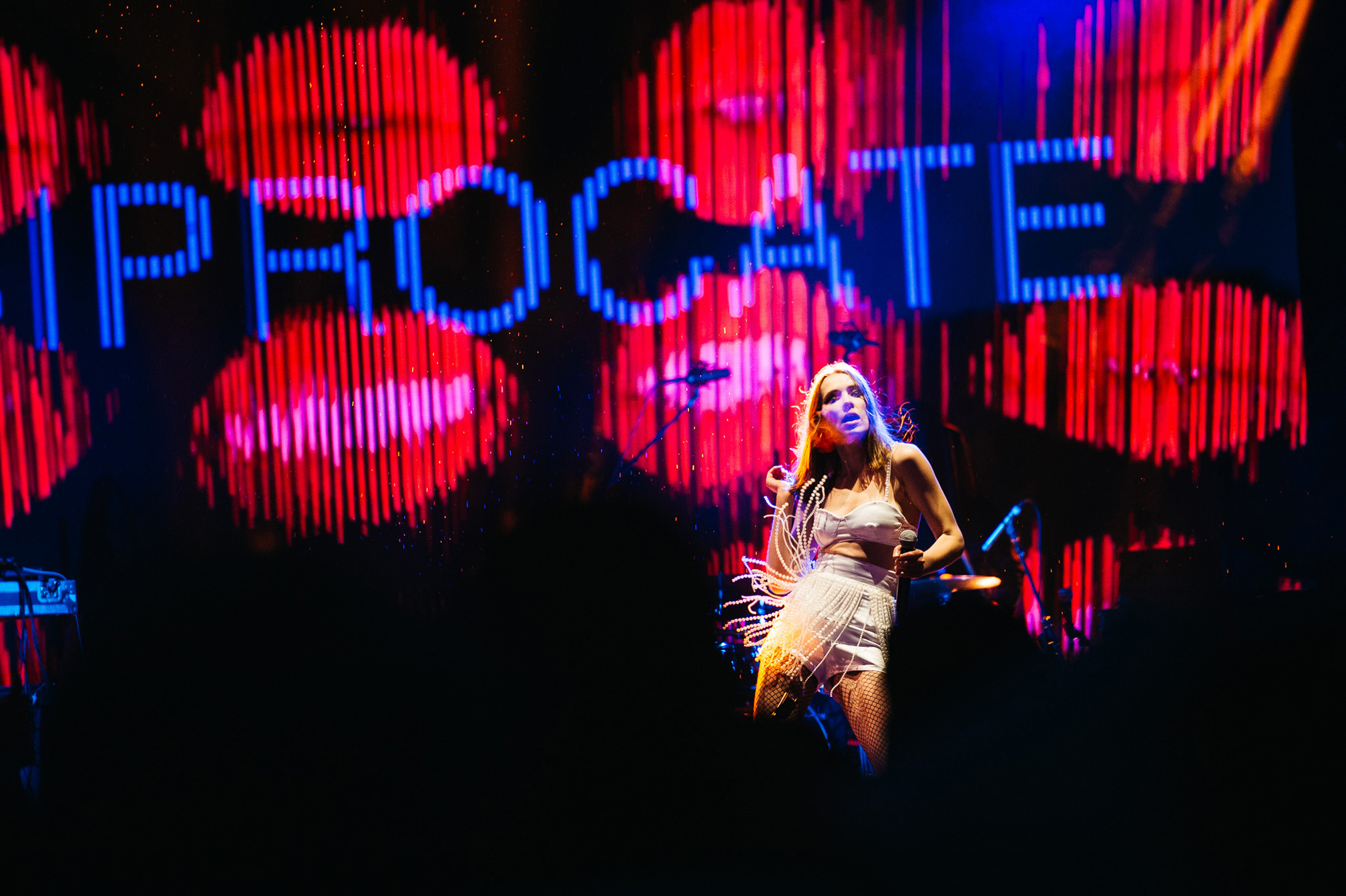 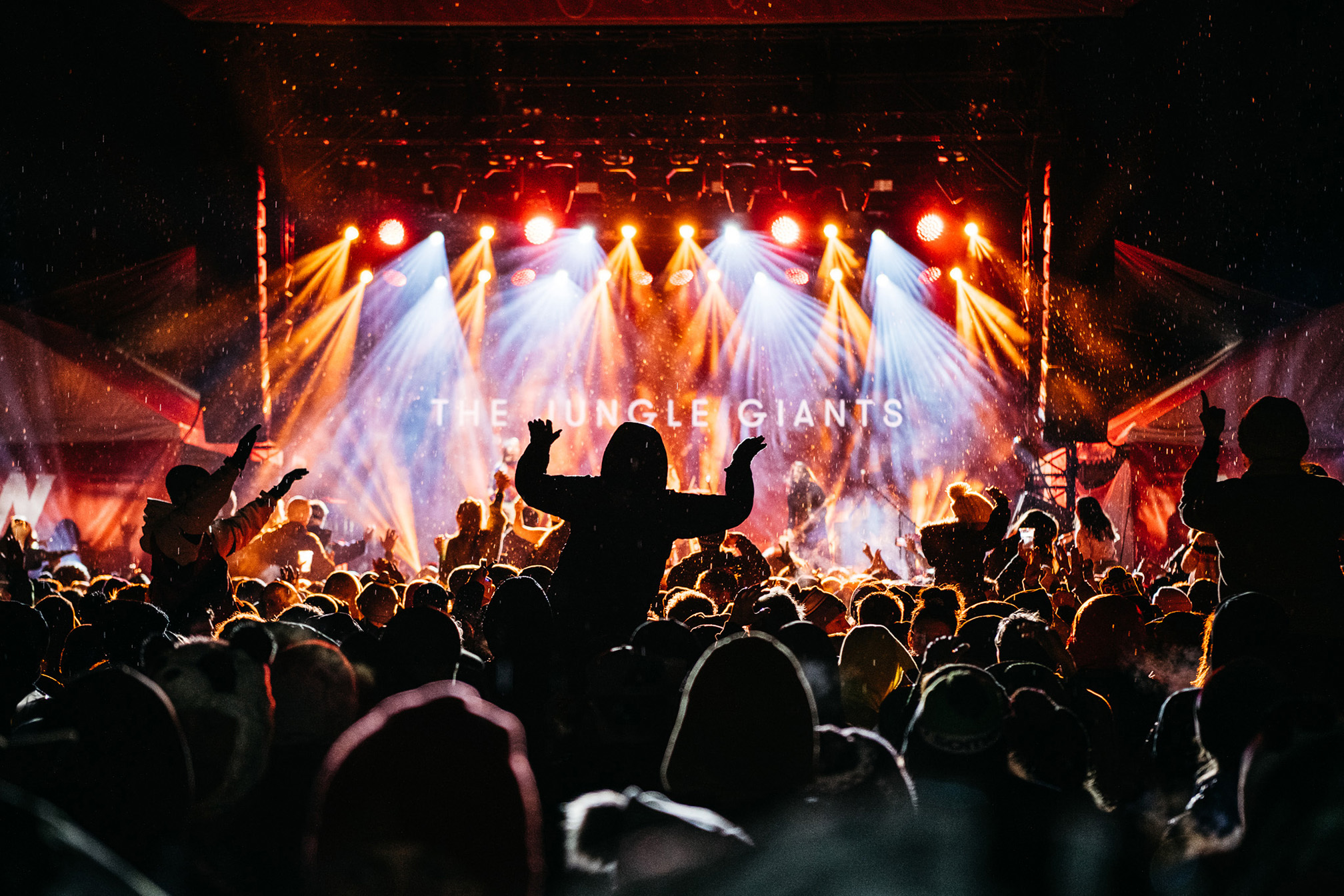 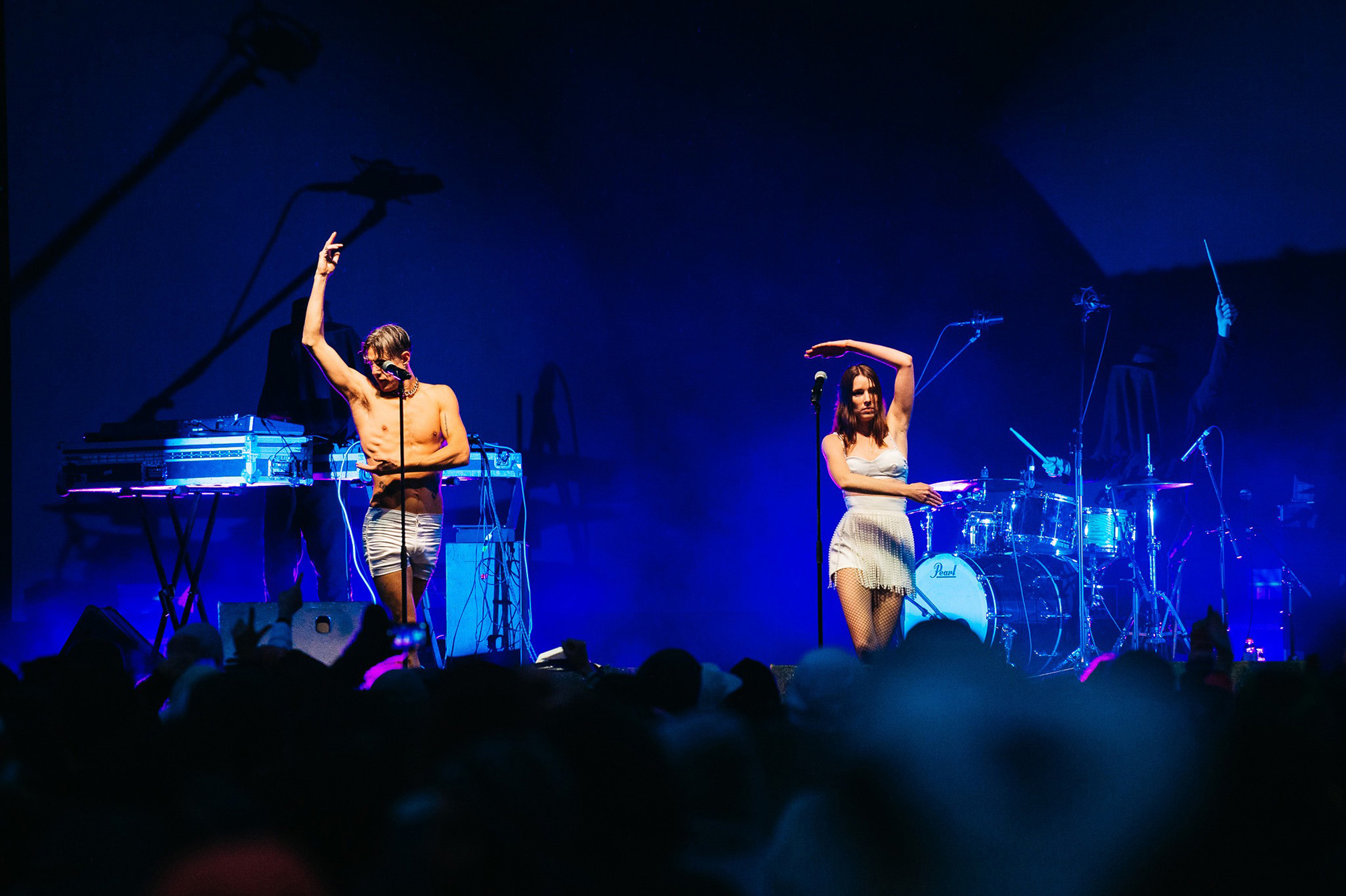 While the festival did make a concerted effort to weave some of Japan’s finest onto the programme, like Kentaro, Shinichi Osawa, Kuniyuki Takahashi, Kikiorix and Chida (not all made it to the event, however), this is one area that we’d like to see improvement on next year. The gig-goers leaned heavily on westerners and there is a need for more presence by Asian talent on line-ups around the world, especially in Asia. The people will follow. 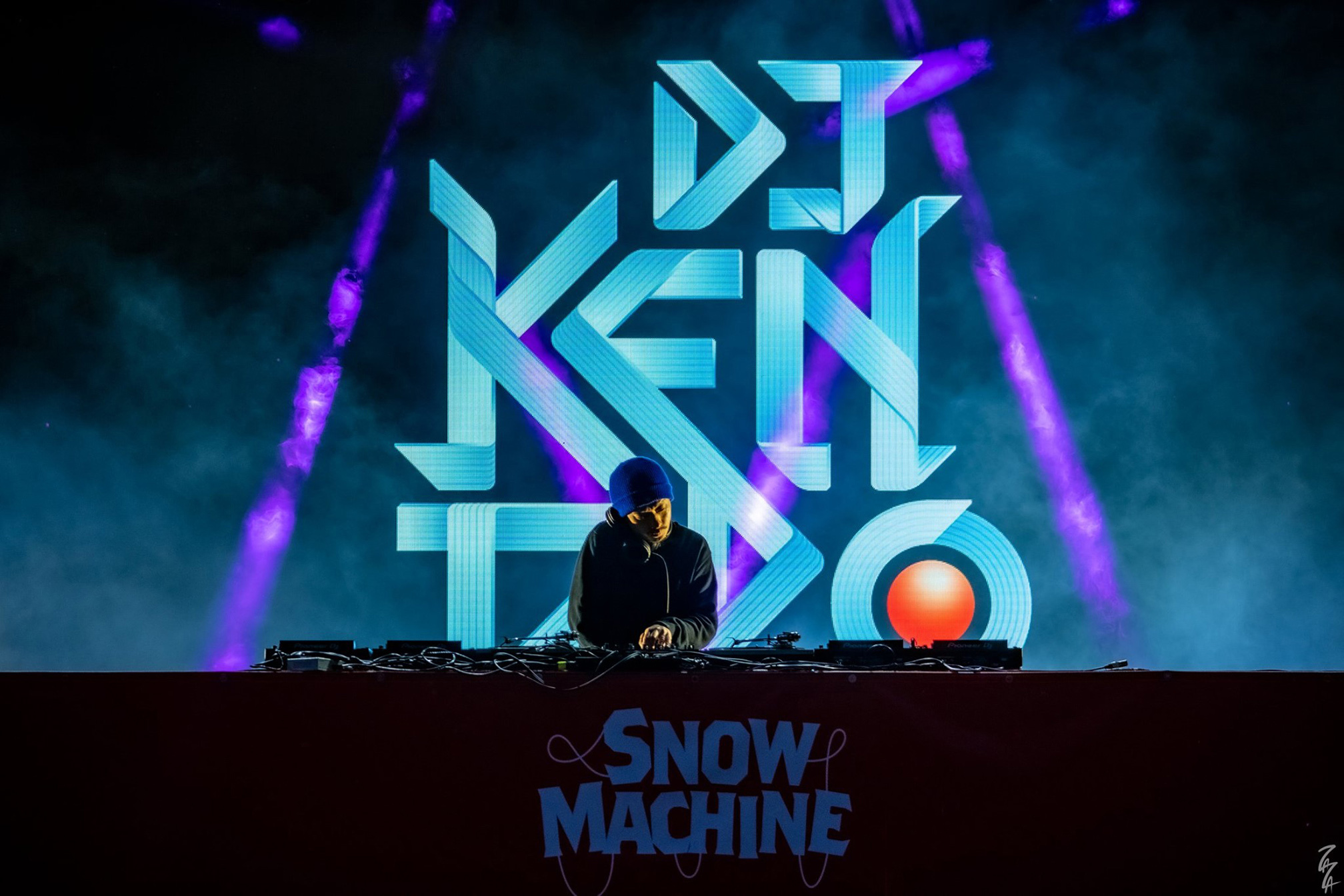 To get to some of the events, you could literally slide straight from the slopes into the party. That said, for the Bambi-on-ice kind of folk and those from around Asia who had never seen snow in their lives, Snow Machine nicely packaged tickets with ski or snowboard lessons — and that was a big part of the appeal for its regional audience. Hakuba is also a bountiful labyrinth of runs that cascade the mountain range with plenty of bunny slopes for beginners. For the more canny skiers was the almighty Happo-one mecca on the eastern slopes of Mount Karamatsu, and was the object of our affection. The hill boasts somewhere around 45 runs, one of which is 8,000 meters and another with a perilous 1,000-meter vertical drop. And for those who were turned off of funneling down a mountain at 50mph, chair lifts and gondolas offered foot access to all the stages and a way down for the snow-gear clad party people who had a few too many Coronas.

In between events, off-piste activities catered to those who were tired, sore and craving face fulls of b-kyu gurume — a popular style of b-class sustenance with an a-class taste in Japan (think gourmet ramen at middle class prices purchased from a vending machine). Soaking in a Japanese-style natural outdoor onsen is exactly we expected — blissful and sublime. What we didn’t expect was stripping down and going in stark naked, but that’s how they do it in Japan so mentally prepare yourself to get to know your comrades a little better. Nagano Prefecture is also where you can see the hot-spring-bathing snow monkeys that they sell on postcards in the airport, but this bath is best enjoyed from afar. But what is arguably the best après ski activity — dare we say of all time — is immersing yourself in Japan’s gustatory greatness and washing it down with some sake. From bar snacks at an izakaya to rich bowls of ramen, A5 wagyu teppanyaki and omakase that is as much of a masterclass in raw fish as it is a showcase of epic knife skills, Japanese culinary comforts are on the regular menu in the virtually endless list of restaurants that dot this snow globe town — and make for one hell of an après-ski scene. 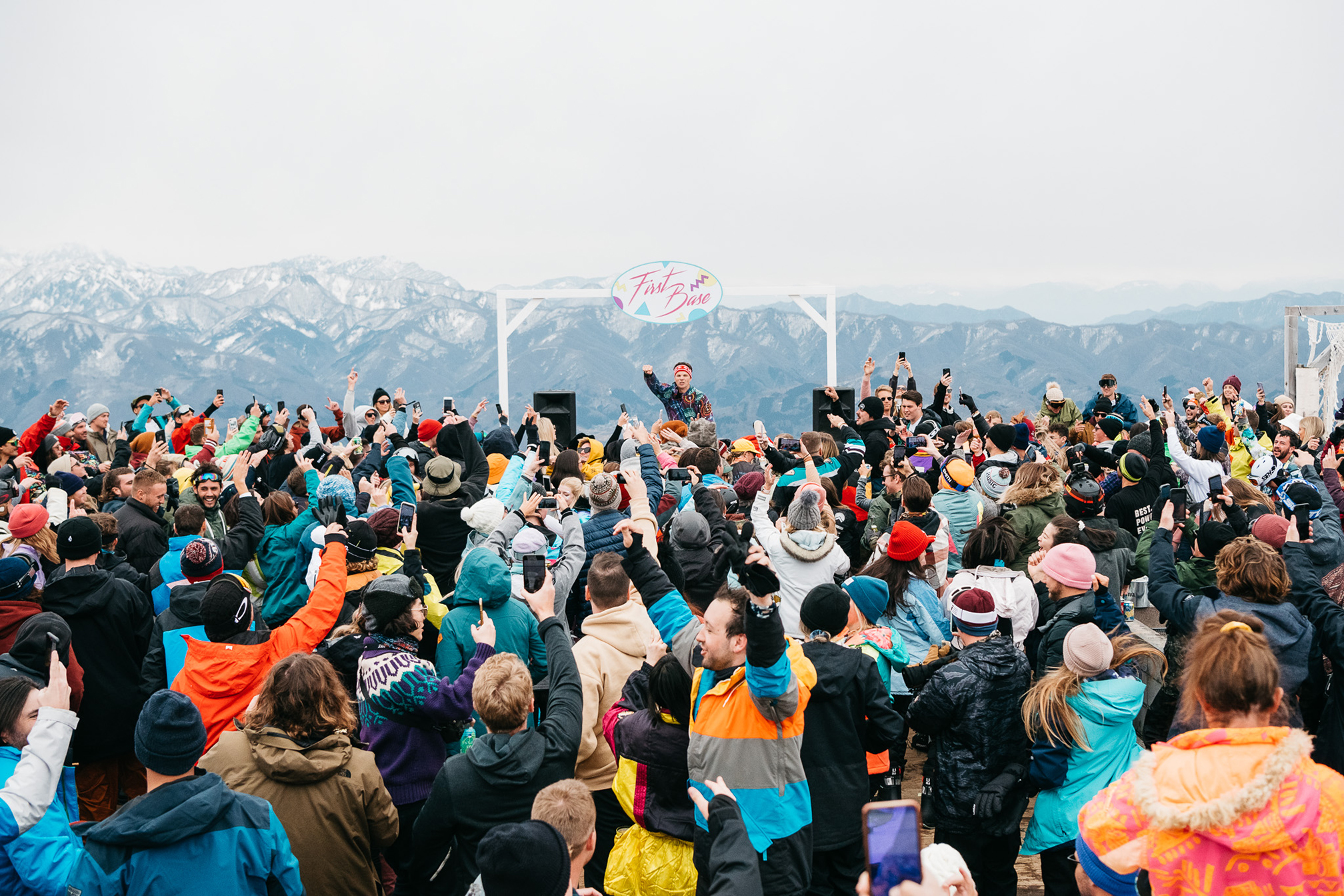 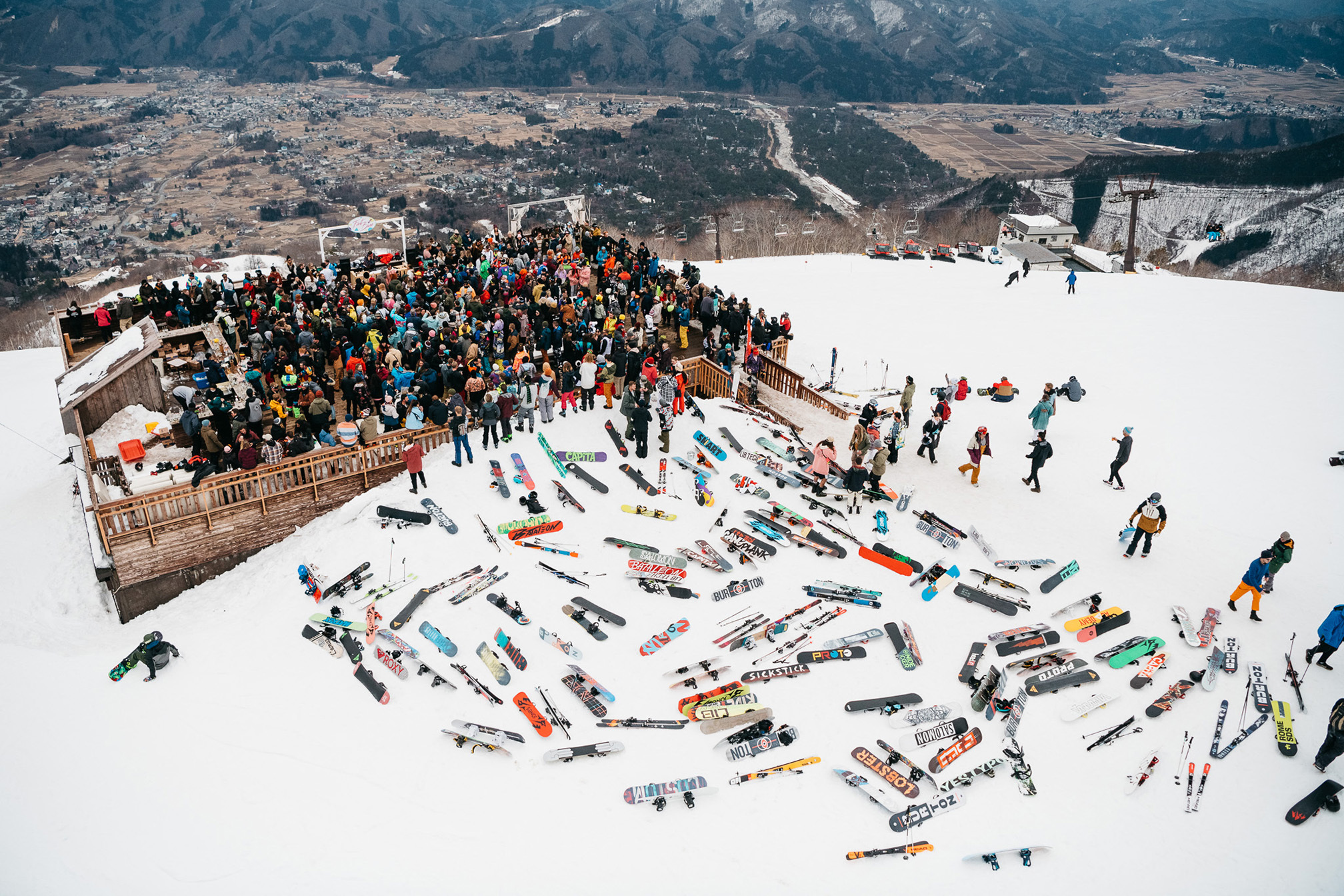 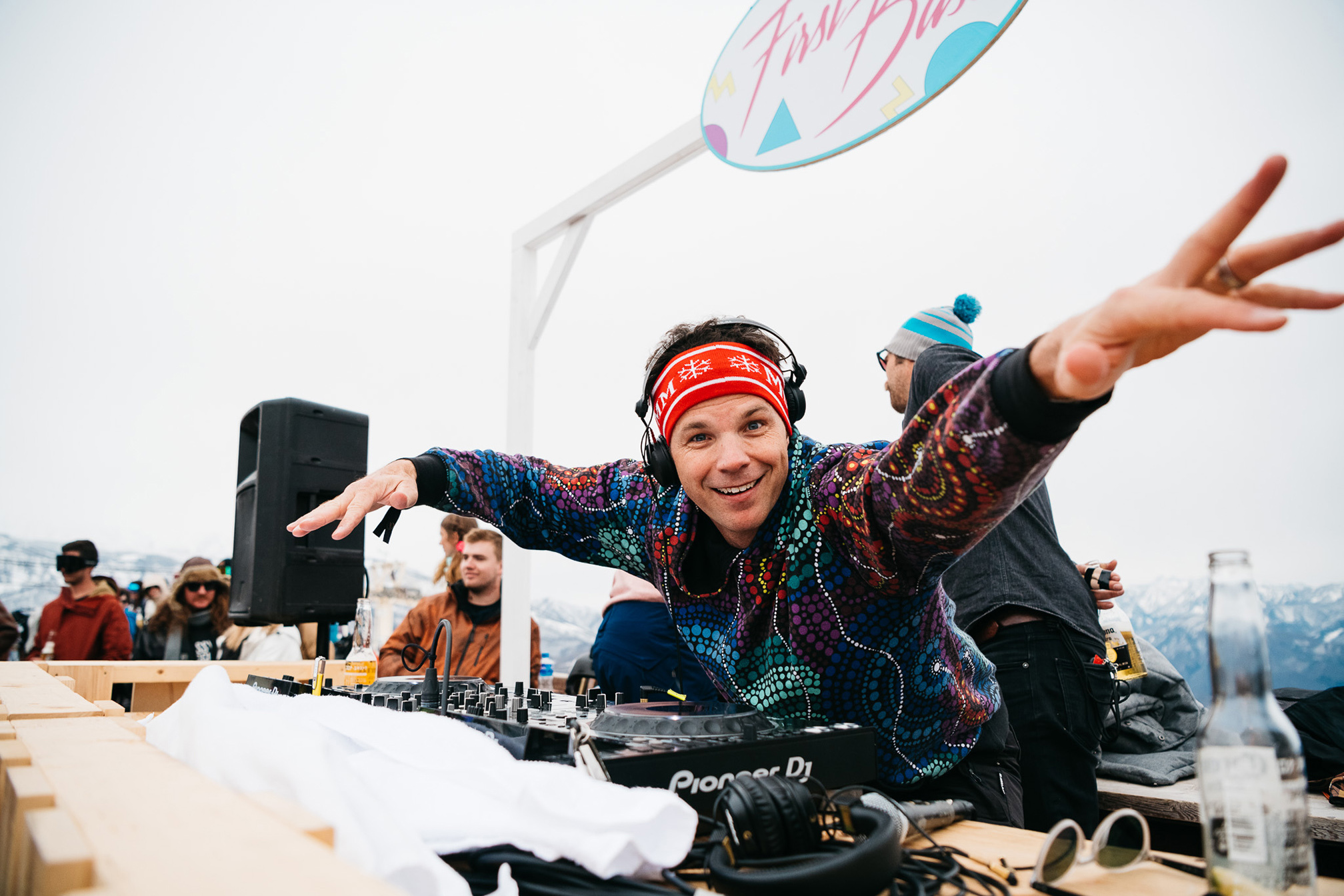 It's not hard to see why the festival sold out. The streets of Hakuba overflowed with 5,000 festivalgoers at all times of day (you could literally walk nearly everywhere in the valley if you really wanted to) and the fancy dress game was strong with this lot. The audience it attracted was ostentatious in costume (namely 80s-style onesies) and it was refreshing to see festivalgoers covered up for once. A highlight was the 90s-inspired piste party atop of Happo-one that was reminiscent of the best college party we'd ever been to, but with a heftier entrance fee. The weather for these winter shenanigans was in fact perfect because Snow Machine takes place at the start of March, which is quite late in the season so for the most part we were spared any sub-zero temperatures. The effects of climate change were sadly very present in Hakuba Valley this season, which meant the snow was already starting to thaw as the slopes basked in the early spring sun. But despite missing the blizzard-type atmosphere that we dreamed about as we packed for the trip, everyone seemed somewhat relieved that the only thing needed to stay warm was a swig of hot sake.

Snow Machine set the benchmark high for next year with its music to mountain balance and we expect it to snowball to the top of everyone’s bucket list. While going to Japan involves a fair bit of money, a couple of planes, trains and automobiles, once you get there the magic of the mountain sets in and the experience is once-in-a-lifetime as evidenced by our eidetic memories. As we awake from our self-induced ramen coma, we simply can’t stop thinking about what we concluded was the hands-down the best winter holiday we’d ever been on. Now to work off all the gyoza we ate. 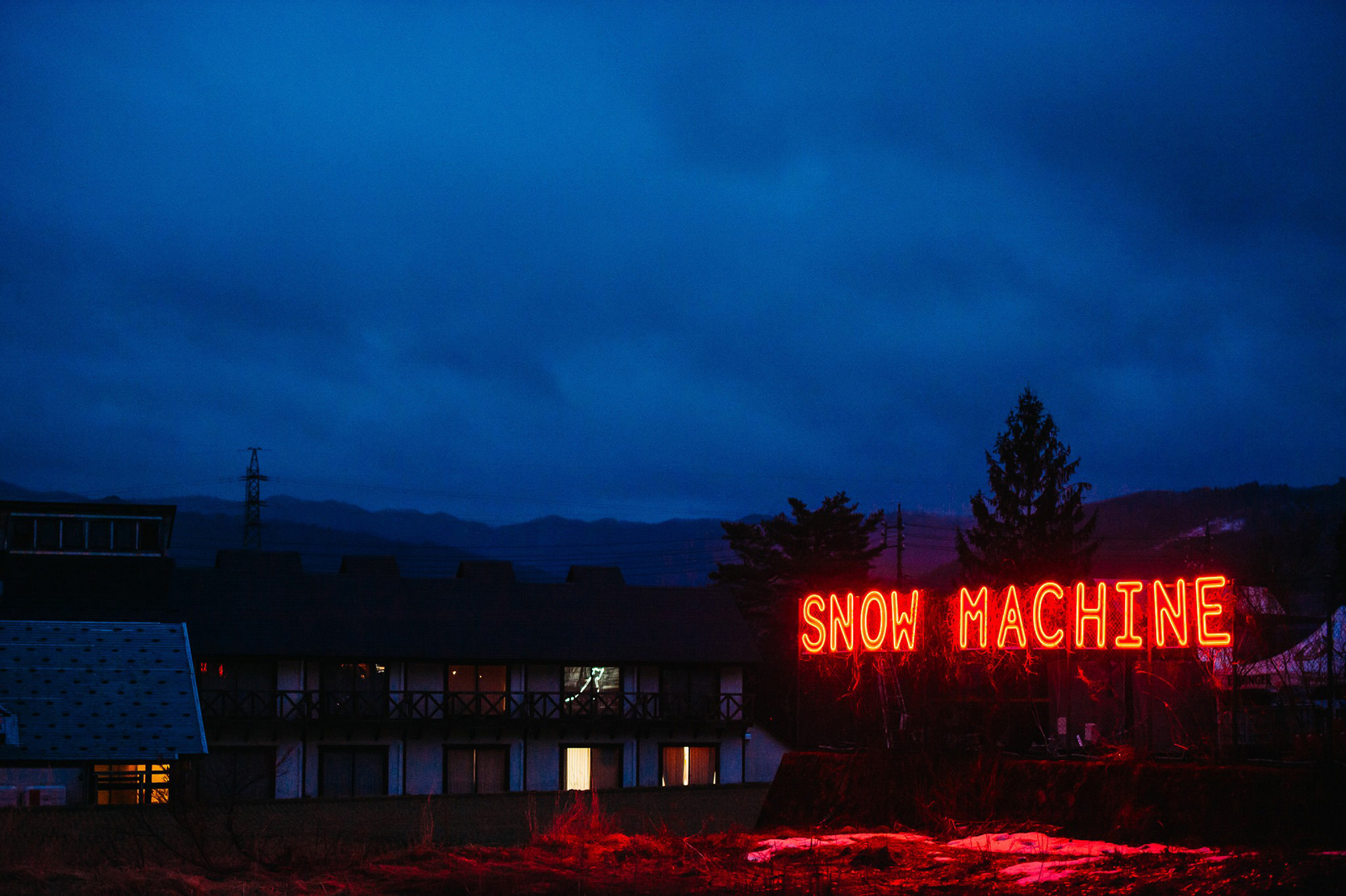 Though not part of the official line-up, Zhu played a performance that was part of a Cercle showcase in partnership with Snow Machine that saw the American musician play from above the clouds at Hakuba Iwatake. Watch the stream here.