“Who knew a #virtualgirl could feel so many things at once.” This was the caption that ran alongside the announcement by “Singapore’s top virtual influencer, digital artist and street culture enthusiast,” Rae, who said she would be releasing collectable NFTs for some of her Instagram posts. The release of the non-fungible tokens (NFTs) — a series called TAKE A BYTE — would make her the first virtual influencer in Southeast Asia to do so.

The pieces are titled Take me (apart), You lookin' at me? and Welcome to my metaverse, Rae’s NFTs went on sale on July 22 via Mintable, a Singapore based NFT platform. The art is supposedly “carefully developed by Rae and her creative team,” meaning it was the combined work of a marketing team and creative team. That said, each artwork took over 50 hours to conceptualise and create.

As an added bonus, the owner of the artwork will also get to “hear” from Rae via “an exclusive AI-generated personalised thank you audio message from her,” according to the listings on Mintable, although it’s not clear what “AI-generated” means. In fact, there's a lot of other impressive-sounding jargon in the description of the NFTs too. This also wouldn’t be the first time a voice had been given to Rae, as she’s previously spoken in a video promo for the car brand Audi.

The response on Instagram to the announcement was pretty lacklustre, but Rae’s main following is on the Chinese-language social media platform Weibo, where she has more than 500,000 followers.

“Great, in order to receive the information as soon as possible, I have to register now!” posts one fan. “I really think you look good! Really so good,” says another.

These personal messages might seem odd when you consider that the person this fan is writing to isn’t really a person at all.

In case you weren’t aware, virtual influencers are fictional computer-generated ‘people’ who have the realistic characteristics, features and personalities of humans, according to the website Influencer Matchmaker. Computer-generated just means someone made them in some kind of 3D software, it’s not all that fancy or futuristic. They are a rising form of marketing in the digital world, with varying degrees of success. Rae herself has collaborated with Chinese rapper VaVa, Asian hairstylist Kim Robinson, artist Sam Lo and sneaker designer Mark Ong.

As for their realistic characteristics and personalities, those are manufactured by a team of writers. The language for these creations is very specific. For example, the language on the social media for Rae, a girl “created by CGI technology and powered by AI solutions”, indicates that she has feelings, interests and a personality. Also, you should trust her and relate to her. Also, you should buy the things she likes. 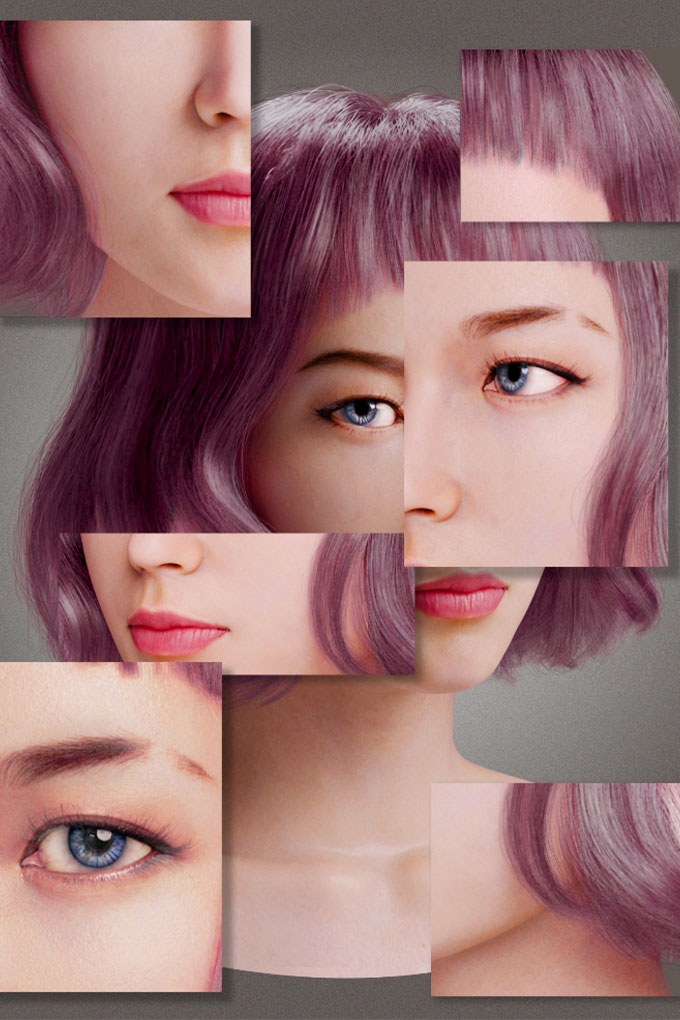 It’s not terribly weird that people would identify with a character. We celebrate literature and film that has characters that represent the human experience that we can relate to. People will defend their feelings for these virtual influencers, these fictional characters, in the same way you would defend your love for a favourite book or TV character.

What comes across as somewhat sinister, however, is the underlying nature of the virtual influencer. Characters in books, TV and film were made primarily to explore the human experience. They were made to entertain. They were made to give the audience something. These virtual influencers were made with a very different, specific goal in mind; to sell you stuff. Any relatability or personality they have been given was to get an in with an audience, before slamming them with advertisements and brands.

An indication of the shadiness of these characters is the veil of secrecy their creators like to wrap themselves in. There is no indication on Rae’s social media accounts as to who may have created her. In press releases for various collaborations, it is written that “Rae’s origins remain a mystery.” It is important to know who is trying to push messages to people.

In the past, a virtual model by the name of Shudu Gram was lauded by the black community as being a representation of diversity in an industry that notoriously had a lack of diversity. That was until it was discovered that she was created by British photographer Cameron-James Wilson, a white man. Suddenly the story shifted from one of empowerment to one of someone capitalizing on social values.

There are other examples of tone-deaf developers of virtual personalities attempting to have the avatars champion social values. One notorious example was supermodel Bella Hadid making out with the female virtual influencer Lil Miquela in a Calvin Klein commercial. Bella Hadid is straight. The LGBTQ+ community was outraged by the stunt, calling it ‘queer-baiting’.

At least in those examples you knew who to point the finger at and hold accountable for the message. Lil Miquela was developed by LA-based company Brud. If something like this were to happen to Rae, who would be held accountable? The virtual avatar? Would Rae then disappear in notoriety while the mysterious developer gets away with all the advertising and sponsorship revenue? From that point of view, it’s clear why more companies are becoming interested in virtual influencers; low risk, big reward. No meltdowns from overwork for a digital construct, no human unpredictability in a digital brand ambassador.

Influencers on social media are already kind of a strange phenomenon. Reddit co-founder Alexis Ohanian, speaking to the New York Times, described influencers as “real humans being fake”. Their millions of followers seem fine with that. Maybe it isn’t that big of a stretch for people to be okay with fake people being fake.

For Rae at least, people seem perfectly fine not knowing her origins.

It will be interesting to see if all of this amounts to anything. It could have a big effect on the way social media marketing is performed; if companies see this as a viable alternative to regular human influencers, they will go with the virtual alternative. Honestly, for most people that probably doesn’t matter.

From a purely anthropological perspective, it’s interesting in the sense that we have large numbers of people who seem to enjoy connecting with a marketing robot. That’s not necessarily bad, just kind of… odd.

As for what could be actually concerning; it’s a new strategy for marketing without accountability. If one virtual influencer gets controversial, delete it, take the money you made and make a new one and keep making money. Maybe not concerning, but definitely frustrating.