Something disconcerting has been lurking in the Singaporean live music scene.

The ripple effects of the pandemic haven’t been kind to certain segments of the gig sector, not unlike the persistent blanket ban on parties in the city. From 1 November 2020, the local authorities presented a sliver of hope for concertgoers and promoters by announcing the caveat-filled resumption of indoor live performances. Till this day, the authorities haven’t had to withdraw this arrangement — in fact, the maximum capacity of audience members has been increased to 750 — as cases in the country remain low. While this victory is certainly welcomed, it only benefits “indoor live performances” in dedicated concert venues, leaving out a significant portion that continues to suffer. 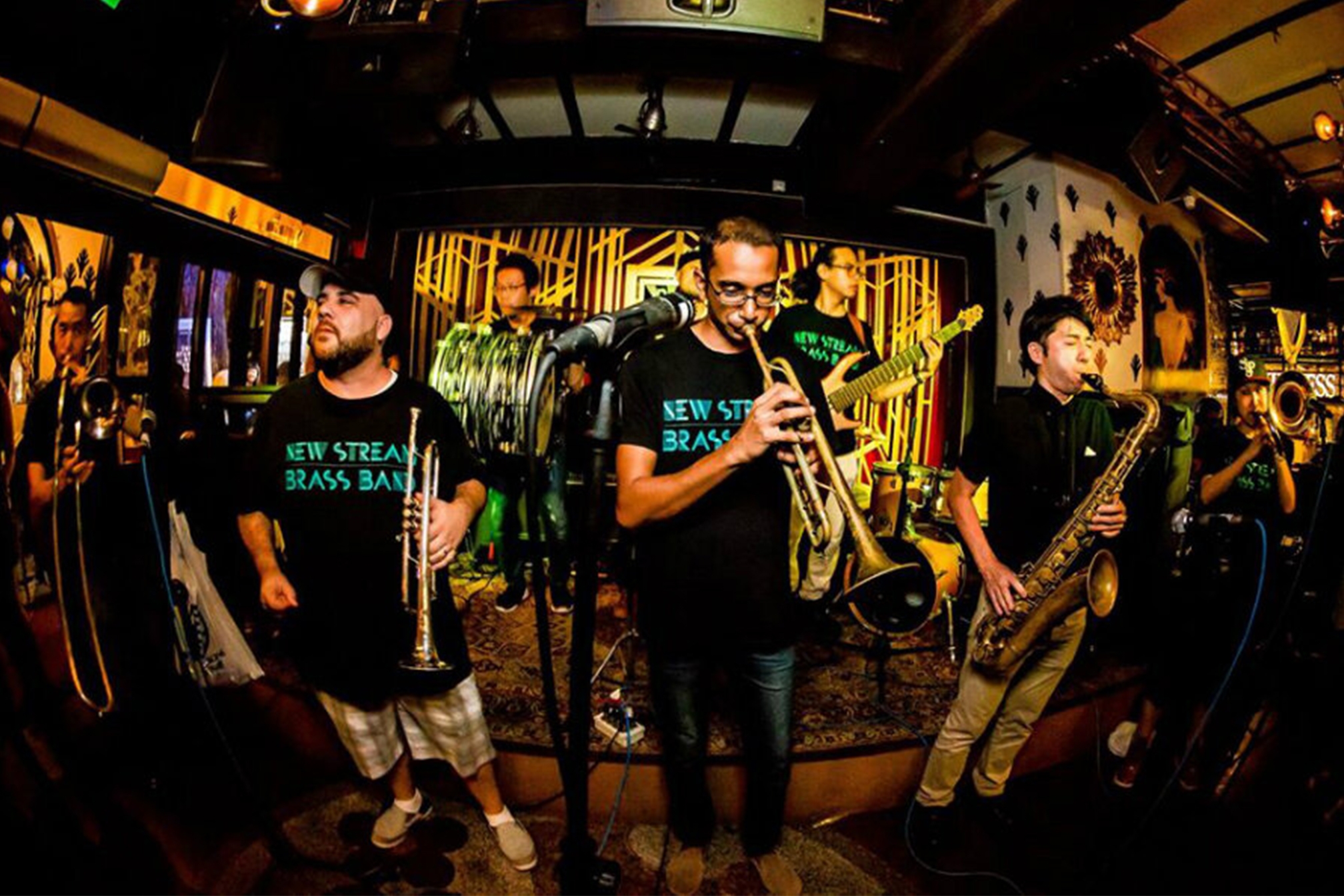 Live houses, performance bars and music lounges are the victims in this limbo of uncertainty. The restrictions that’ve crippled these venues haven’t budged since their inception. Similar to food establishments, these venues aren’t allowed to have loud music beyond 60 decibels (the government’s “estimated sound level for a regular conversation”). Only recorded music is allowed as “soft background music”. And as a final nail in the coffin, the restrictions explicitly ban live music and other forms of public entertainment. The consequence of these stubborn guidelines is a deafening lull that’s damaged the once-lively live music scene.

If you've been to Singapore before the pandemic, you’d probably have stumbled upon a homey bar with a cover act playing a Radiohead or Goo Goo Dolls classic. And for sure, we used to have plenty of such establishments that blasted out such soundtracks for boozy evenings and pre-rave plans; too many to count, really. Alas, it’s always miserable when you realise you’ve taken something for granted, and boy would I give anything to hear another vanilla rendition of The Cranberries' 'Zombie'. What’s more distressing than the lack of entertainment is the haymaker that’s impacted many businesses; many of which are storied, stalwart venues that the city can’t afford to lose on a cultural level. 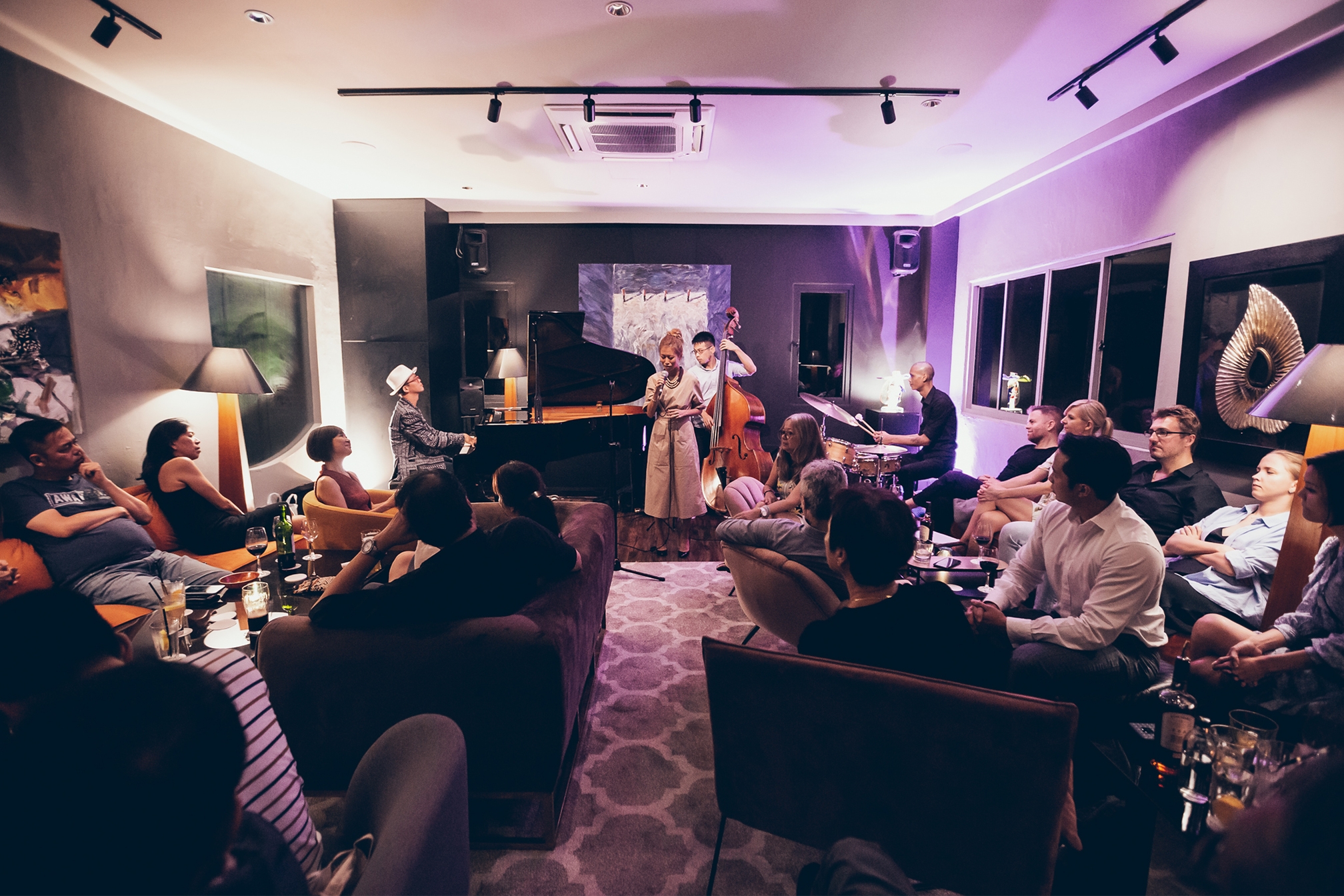 Starting with all that jazz. These restrictions have deprived Singaporeans of a popular genre adored for its free-form, rebellious nature. Respected spots like Maduro, a classy jazz lounge tucked away in the Dempsey enclave, has been stripped of its essence with the ban on live performances. Founded by Singaporean jazz aficionado and pianist, Peter Ng, the swish hideout perseveres as a F&B concept known for its heady cocktails. On the other hand, you have LuLu’s Lounge, another chic habitat for cool cats. In its prime, the noir-inspired venue – also owned by the chieftains who run the currently-defunct Bang Bang nightclub – played host to live jazz gigs, burlesque performances and even DJ performances that kept the night going. Now, it’s had no choice but to stay dormant.

Another jazz institution that feels the sting is Blu Jaz Cafe. Last year, the beloved music haunt finally managed to get its Public Entertainment Licence renewed after back-and-forth appeals with the authorities… and then the pandemic hit the city two months later. Just as it was beginning to regain momentum with its regular lineup of jazz sessions, it was forced to terminate its live lineup once more. Beyond jazz, Blu Jaz Cafe also boasts a portfolio of gigs that’ve featured local indie bands, as well as its fair share of electronic parties that promoted hip-hop and bass music. While it remains in business as a F&B venue, it just doesn’t have the same magnetism as before; an organic pull that once enlivened the heritage area of Kampong Glam. 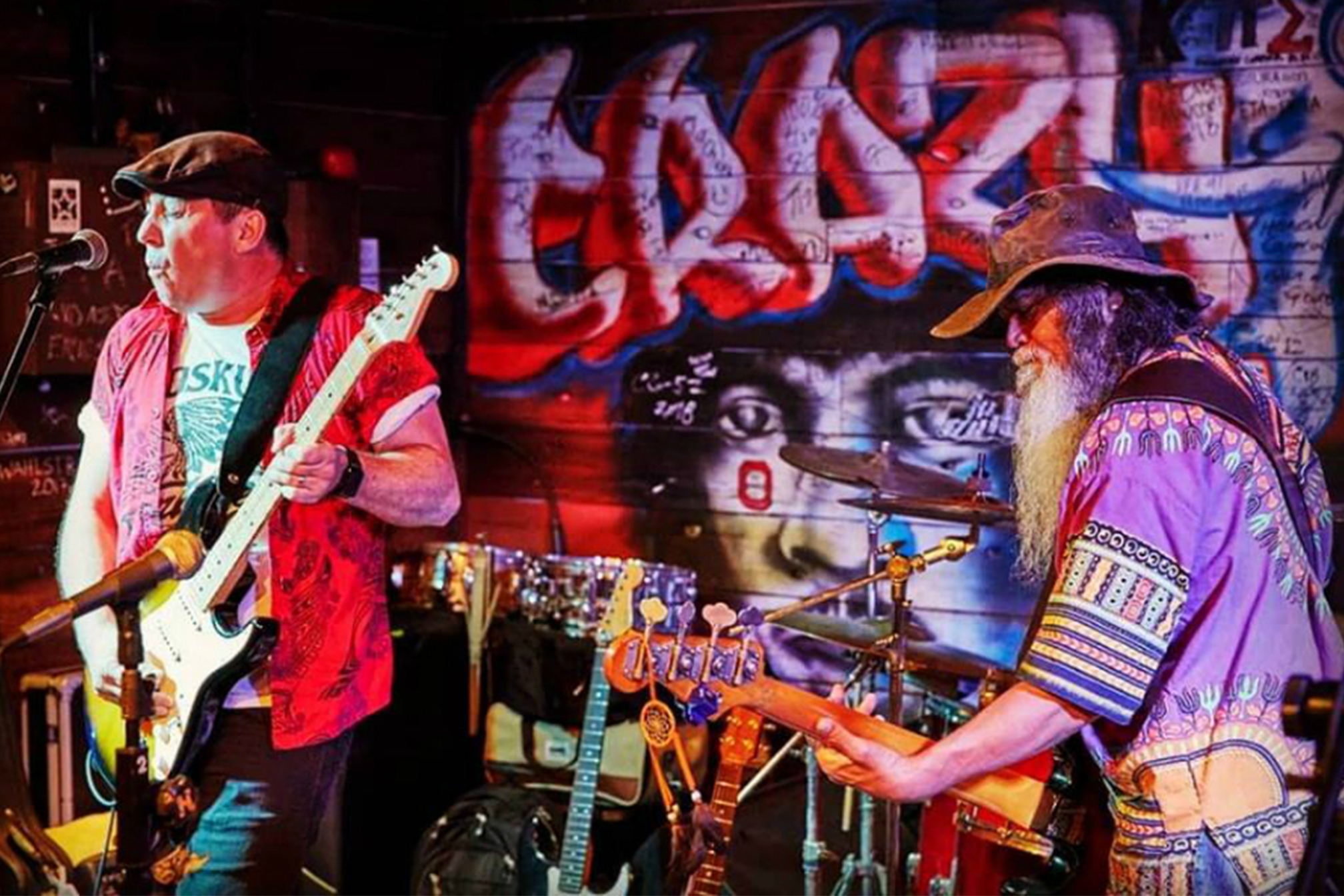 Like jazz, one other genre that remains rooted in tradition is blues. And believe it or not, Singapore has its very own blues stronghold that’s been around since 1994. Until the pandemic struck, Crazy Elephant attracted crowds of seasoned and younger patrons to the heart of Clarke Quay – one of Singapore’s nightlife hubs – where it is currently based. Gritty and endearingly stuck in its ways, Crazy Elephant hosts bands specialising in blues, rock ‘n’ roll and other classic jams. Without bells and whistles, it’s a waterhole for the average Joe and an industry relic that continues to be valuable. Unfortunately, it’s also slipped into hibernation mode no thanks to the pandemic, and the future of its long-lasting tenancy is uncertain. 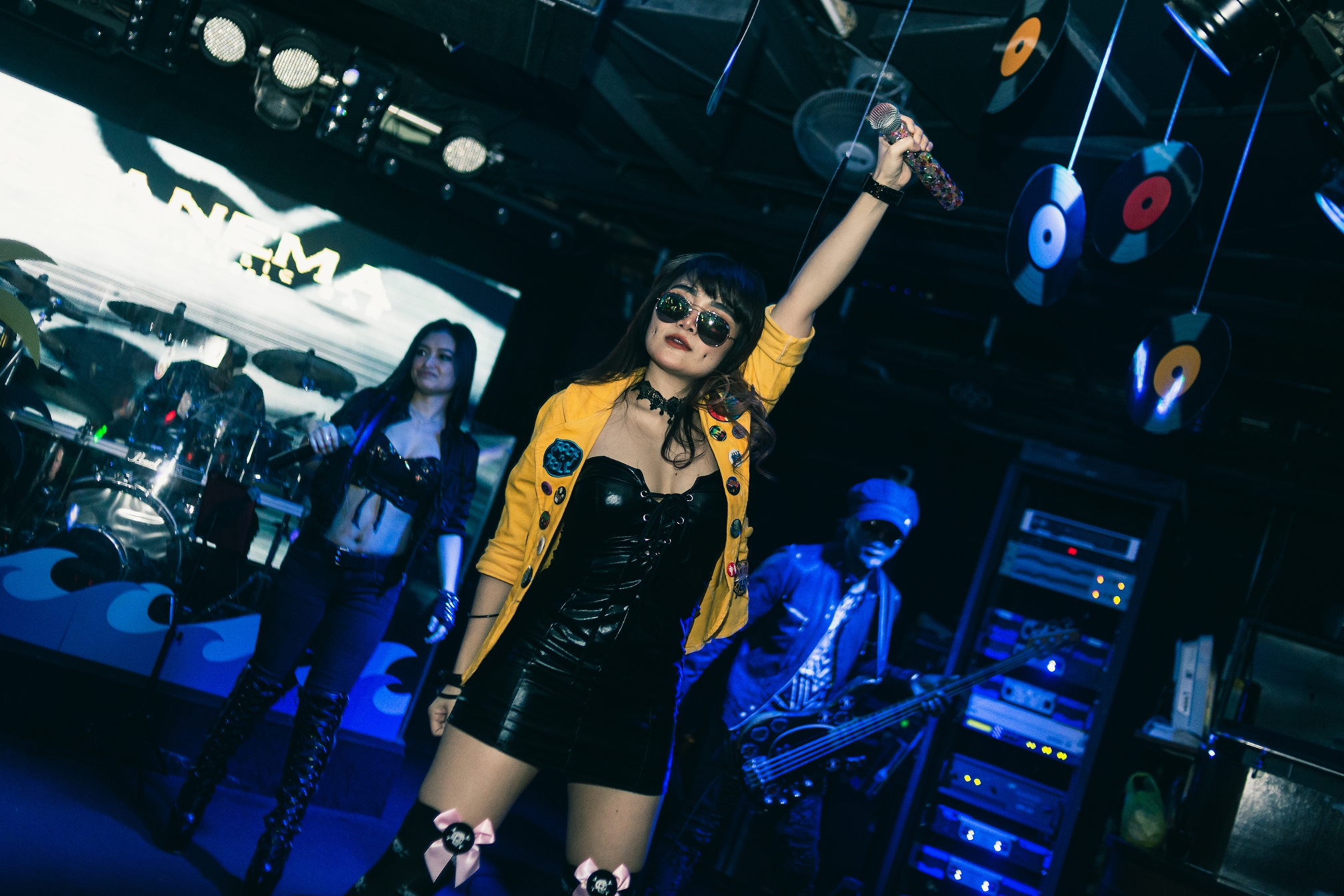 Aside from Clarke Quay, the Orchard Towers area that lies on the fringe of Orchard Road is notorious for its more ‘colourful’ nightlife. Amidst the network of suspicious-looking hostess bars and karaoke lounges, you’ll find renowned live music bars that attract all sorts of characters. For Ipanema World Music Bar, a vibrant destination for tourists and in-the-know locals that launched in 1991, it actually had the restoration of its live performances within grasp. The entertainment venue was actually given the green light to reopen as part of the government’s proposed pilot scheme for nightclubs (which it qualified for). Despite incurring expenses to make the necessary preparations, Ipanema was robbed of the opportunity as the pilot scheme was eventually postponed at the last minute, leaving its business in the dark yet again.

On the topic of world music, Singapore also stands to lose the magic of Latin music that’s attracted its own passionate following. From casual customers to professional salsa dancers, those looking for their Latin fix go to venues like Cuba Libre, another well-known gig venue nestled within Clarke Quay. Another Latin-favouring spot on the table is Señor Taco, that even churned out live Brazilian and Colombian music from time to time. These places are often appealing with their penchant for spontaneity, and the termination of live performances violently extinguishes that spark. 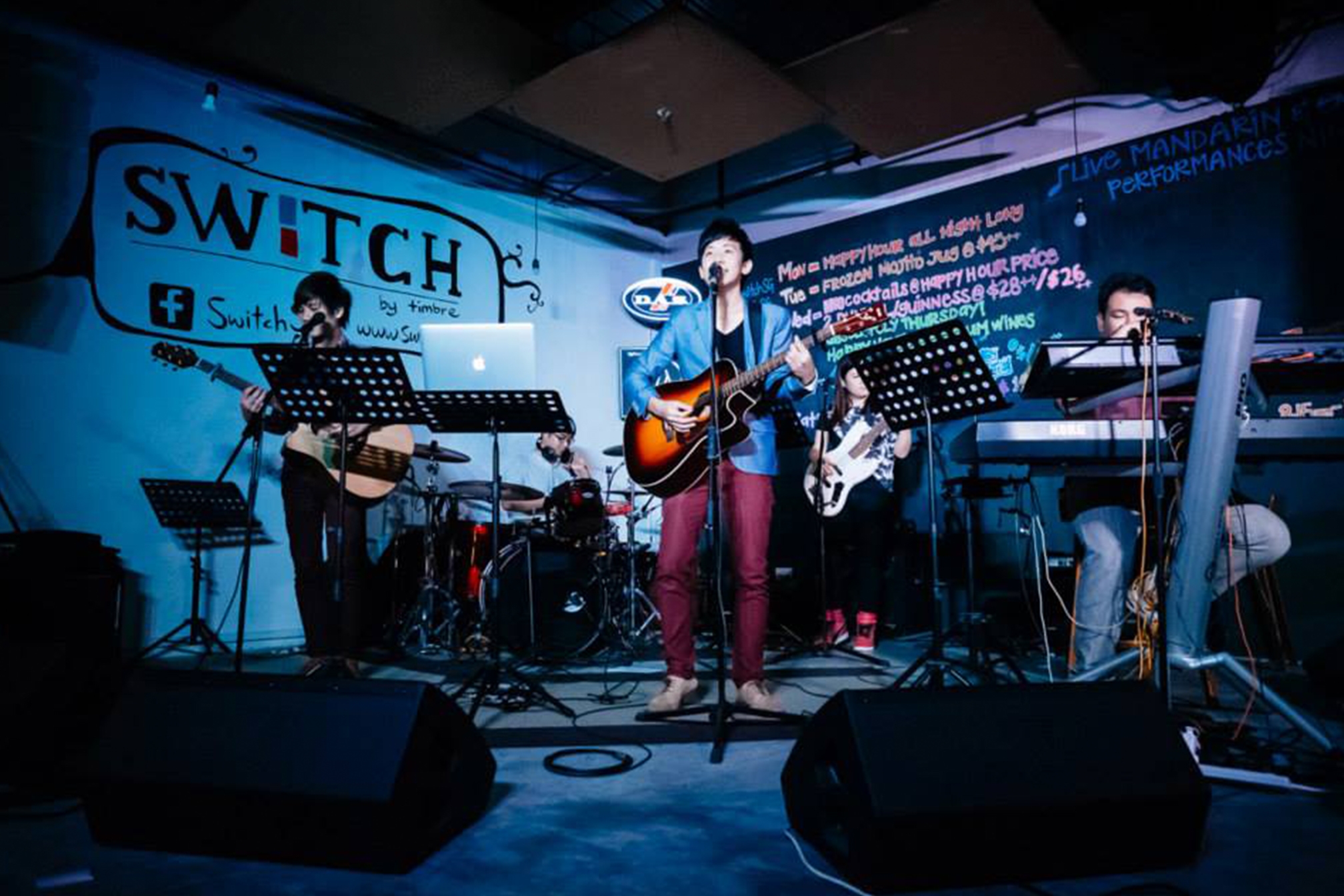 Even the powerhouses in the industry aren’t spared from this turmoil. Timbre, a veteran group with several venues under its name, has been a staunch supporter of the local music industry with its various programmes since 2005. While it’s already lost its famed Substation outlet, it continues to keep its other branches afloat despite having a lack of live music. This includes the cessation of its Top 40s lineup it often scheduled at Timbre X S.E.A, and the more Mandarin-focused ensembles that would pack Switch by Timbre X. A loss of these iconic venues would be devastating for the community, one that holds the Timbre brand in high regard as a champion of music in Singapore.

Essentially, no one is spared regardless of stature. You could be a towering franchise like Hard Rock Cafe or a weathered neighbourhood establishment like Wala Wala, but you can’t face a nemesis like the pandemic without the proper support from the authorities.

When you kill the music, you don’t just potentially kill a business. You’re also killing a legacy that’s cultivated special memories for many. Now that the numbers are under control in Singapore, it’s about time to release some pressure on the live house and music bar community, much like the compromises the government are willing to make for indoor live performances. It needs to give these venues a fighting chance before it’s too late.