A new kind of Silk Route has been snaking across Asia’s electronic music realm.

More independent labels are working with like-minded peers in the region on events and bookings, a move that’s digging deeper roots for the underground community and creating a self-sustaining music ecosystem.

Take Singapore-based Darker Than Wax (DTW), Shanghai’s SVBKVLT and Beijing’s Do Hits as a few examples.

Among the three itself, activity has been flurried this year, creating what DTW co-founder Dean Chew (aka Funk Bast**d) likes to call “a magic triangle.”

A slew of bilateral exchanges in recent months have seen core members of each crew travel to each other’s home market to play shows, helping each group widen their fan base.

“It’s important to align yourself with like-minded collectives and entities so that the region’s overall consciousness is stronger and prominent,” remarked Dean. “It helps with exchanges, gigs, music collaborations and most importantly, cementing a self-belief that it is all possible for us to establish an economy of our own.”

DTW's 30 artists reside across the globe and the bulk of its fan base may be eurocentric, but the five-year old label has supported Asia-based artists since day one, a message reflected in its early releases. The first EPs of Indonesian disco/boogie duo Midnight Runners and Philippine producer Jorge Juan B. Wieneke V (aka SimilarObjects) as well as a compilation of Asian beatsmiths dubbed ‘Assembly Point’ were all pushed out in 2012.

Dean cites Tokyo-based collective Jazzy Sport---the force behind underground hip-hop in Japan---as a key influence on his strategy, noting how the group has always maintained strong connections with its European and American counterparts through releases and product collaborations.

“Collaboration and openness brings opportunities. Even in an economic way, exchanges between Asian cities just makes more sense, you don’t have to spend loads of money on flights to bring a Western DJ if you can find someone same as good in Asia, right?” echoed Howie.

Howie, who co-founded Do Hits in 2010 with Sun Dawei [aka Sulumi] of Shanshui Records, describes his own sound as “future music from downtown Beijing." His blends of folkloric Chinese instruments with footwork and trap, which have won endorsements from Scratcha DVA, Kode9 and Snoop Dogg, are now representative of the mainland’s new bass culture.

Howie's first release on SVBKVLT was ‘Swallow EP’ in 2014, five rhythmic tracks that perfectly fit the Shanghainese label’s signature style of experimental bass. Since then, he's produced a slew of remixes for the three-year old brand and in July, he officially joined DTW’s artist roster, further deepening the "magic triangle."

In China, people only started to appreciate local artists in the past two years, Howie noted. “Lots of people think electronic music is from the West. To be honest, I think the concept belongs to everyone, it’s just about how you interpret it.”

These cross-cultural links of communication and collaboration are testament to the vast amount of talent emerging from this side of the world, proving that clubs and promoters in Asia needn’t look far for skilled DJs and producers.

Venues seem to be getting the message.

Launched in July, 'The Exchange' is an effort by three nightclubs, kyo of Singapore, XX XX in Manila, Hong Kong's Cliché Records and Bangkok's BEAM, where resident DJs of each club swap places for one night. Plans are reportedly underway to add more participating clubs and it's hope that the event, expected to occur multiple times a year, will gradually evolve from just resident DJs into a greater platform for local artists.

KVLT, a series of events by [duh] SVBKVLT, brings guests from different parts of Asia to play at The Shelter, Shanghai’s top bass venue and SVBKVLT headquarters (Gaz is co-owner of the club).

In fact, the event's inaugural July 2013 edition featured DTW and since then, it's hosted Bangkok's DJ Dragon, Manila's Red-I and DJ Jase of Saigon--all of whom are heavyweights in their respective cities.

“There is a new crew/label forming in Shanghai called Genome 6.66mbp, who I am really excited about and would definitely like to do something with them in the future,” said Gaz. 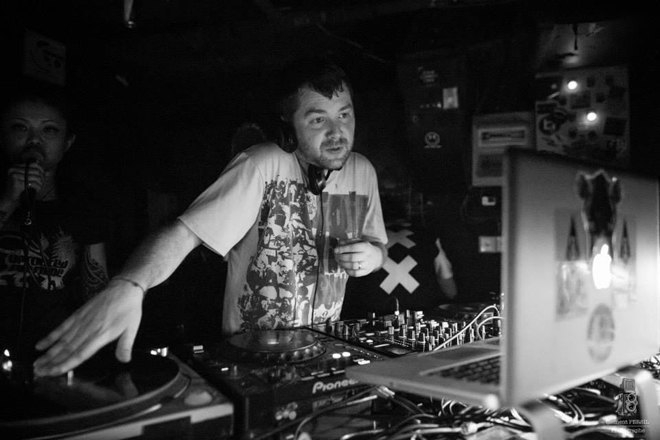 For now though, his attention has shifted slightly to the extreme Far East: Russia. “I will have a release from a young Russian producer later in the year/early next year and would be interested in collaborating with groups there."

Howie is currently working with UnderU, a Taiwanese collective that helped bring Howie, Dean and skilled Singaporean producer fzpz to Taipei in July.

"Seoul’s Subbeat crew has also been really supportive, we definitely want to work on something together in the future," Howie added.

DTW will be teaming up with Philippine record label BuwanBuwan Collective for its Manila debut on September 16 at the city’s famed warehouse-style club Blackmarket.

Across the region, people often sleep on homegrown talent so these kind of exchanges enable local artists to get more exposure in their neighboring markets, explained Jorge of SimilarObjects, founder of BuwanBuwan.

“I feel like we all deserve as much focus and spotlight as our Western counterparts and with the proper links, we can elevate the scene together through these regional exchanges and the organic connections that emerge from them."