When you think of Taiwan and Italy, on the surface, the countries may not have much in common. They could not be further apart from their geographical distance, continental locale, cultural backgrounds, politics, food, and fashion. Polar opposites, if you must. But if you dig a little deeper into the nuances and niches of music and subculture, connections start to rise to the surface. In particular, the two nations and their fellow countrymen share a refined taste for techno in all its spectacular shades of black.

*Enter Giorgio Leone (IT) and Our Muzik Records stage left.

Born and raised on the shores of Catania in Italy, Giorgio Leone (IT) was exposed to his nation's burgeoning techno scene from the ripe age of sixteen years old, jumping into the world of production and frequenting all the local house and techno hotspots. By eighteen years of age, just after high school, Leone jumped headfirst into the nightlife scene and cemented himself serious about music with appearances at many of the clubs in his hometown. After gaining some recognition in the global scene, Leone relocated to Taipei in Taiwan after hearing about its growing scene from other Italian DJs who had already made the trip. Once settled into his new home, Leone quickly started taking in the different sounds and styles permeating the local market, eventually linking up with Chen Her and forming Our Muzik Records.

With an already well developed local music scene, Leone and Chen Her felt Our Muzik could help bring global recognition to the incredible music and artists that make up the underground scene in Taiwan. Since its inception earlier this year, Our Muzik Records has released three EPs and four singles with a focus on local and relocated artists in the small island nation. Our Muzik Records isn't genre-specific and instead aims to shed light on the rapidly expanding tastes and styles permeating Taiwan's underground, with current releases ranging from techno, hard techno, melodic house, tech house and even funky house.

With an already established platform and forward-thinking philosophy, we tapped the label bosses to share their top picks for ten DJs in Taiwan that are helping to shape the country's underground music future. 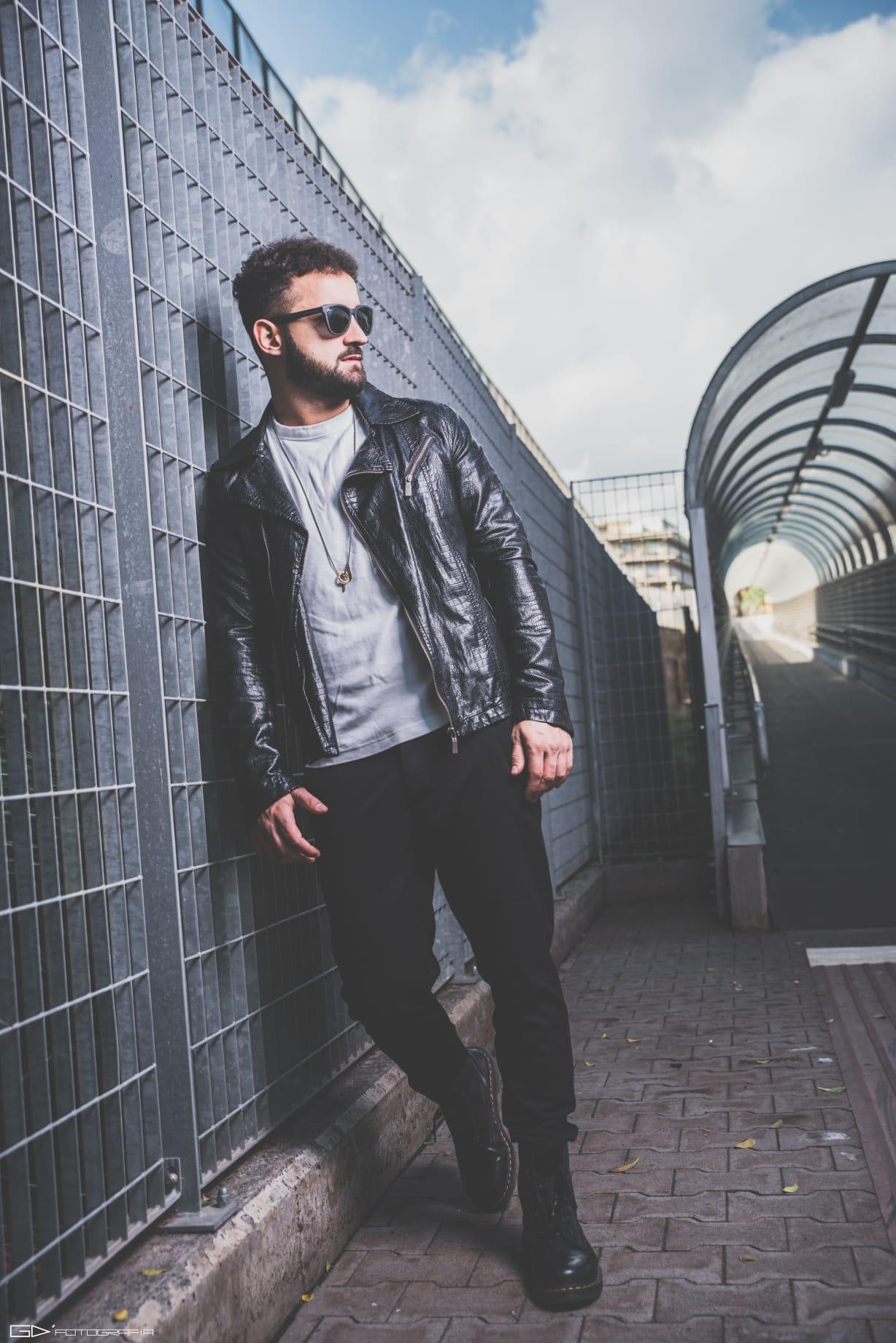 Although he is currently stationed in Italy because of COVID, Cacciola had previously relocated to Taiwan from his native country, where he brought the energy and spirit in his music that he developed over ten years of performing around the globe. In his own way, Cacciola brings a global perspective to the localized stage and uses his selection of house and deep house tracks to scale the crowd's experience from start to finish. With successful productions already having made their way into the playlists of David Guetta, Nicky Romero, Ummet Ozcan, Martin Jensen and Daddy's Groove, Cacciola continues to produce music to draw the listeners attention to Taiwan. He's set to return to Taiwan in 2022 for a multi-city tour.

Listen to more from Cacciola here 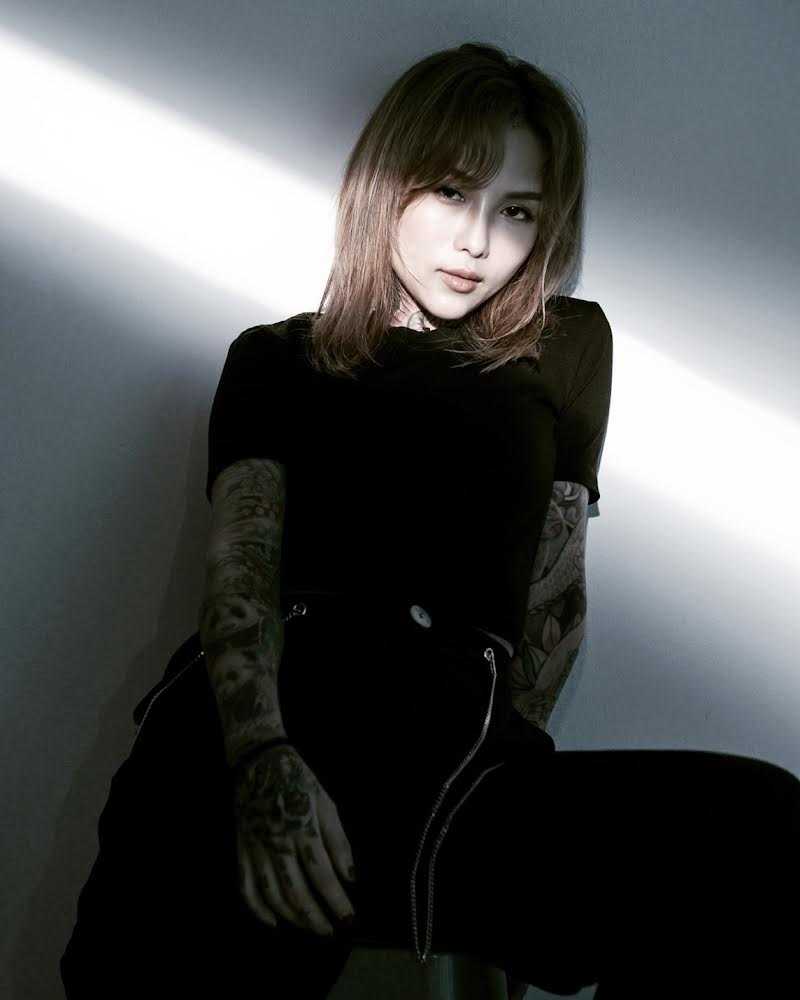 Her’s journey started after becoming exposed to house and techno music in 2017. As a local, Chen Her encapsulates the true nature of underground music in Taiwan. Incorporating her own vocals and taking inspiration from the eastern shores where she was raised, Chen Her blends dark and ominous tunes with psychedelic melodies to tell her own story behind the decks. Her work as a tattoo artist further the connection with the outcasts and underground patrons of society and continues to help her build a following through that leftfield thinking and approach to music. As well as holding down a residency at CÉ LA VI Taipei, Chen Her works alongside Giorgio Leone to operate the Our Muzik Records and help push the underground movement into every corner of Taiwan.

Listen to more from Chen Her here 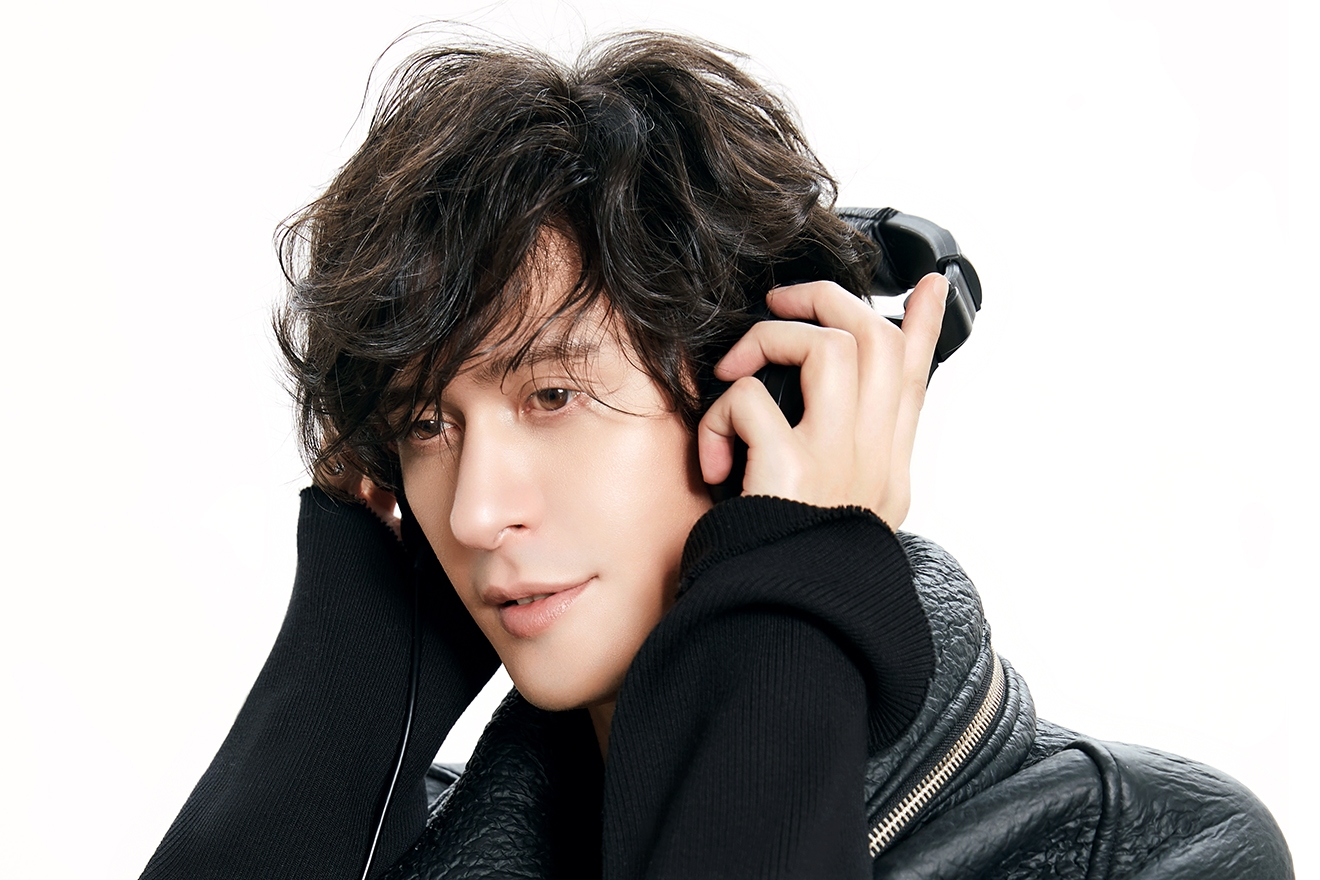 As one of Taiwan’s most established DJs for twenty years, DJ Edmund brings a lot to the table with him. With a successful background on mainstream stages and commercial music, TV appearances, residencies, venue programming and playing along with a who’s who cast of international talent, DJ Edmund has a long list of valuable experiences that he can utilize in bringing underground music to the masses. With a music palette spanning from EDM to disco and everything in between, Edmund has a history of choosing the right song for the right moment. After a ten year stint in China, DJ Edmund has returned to Taiwan and is currently a resident at CÉ LA VI Taipei alongside DJ Her.

Listen to more from Edmund here 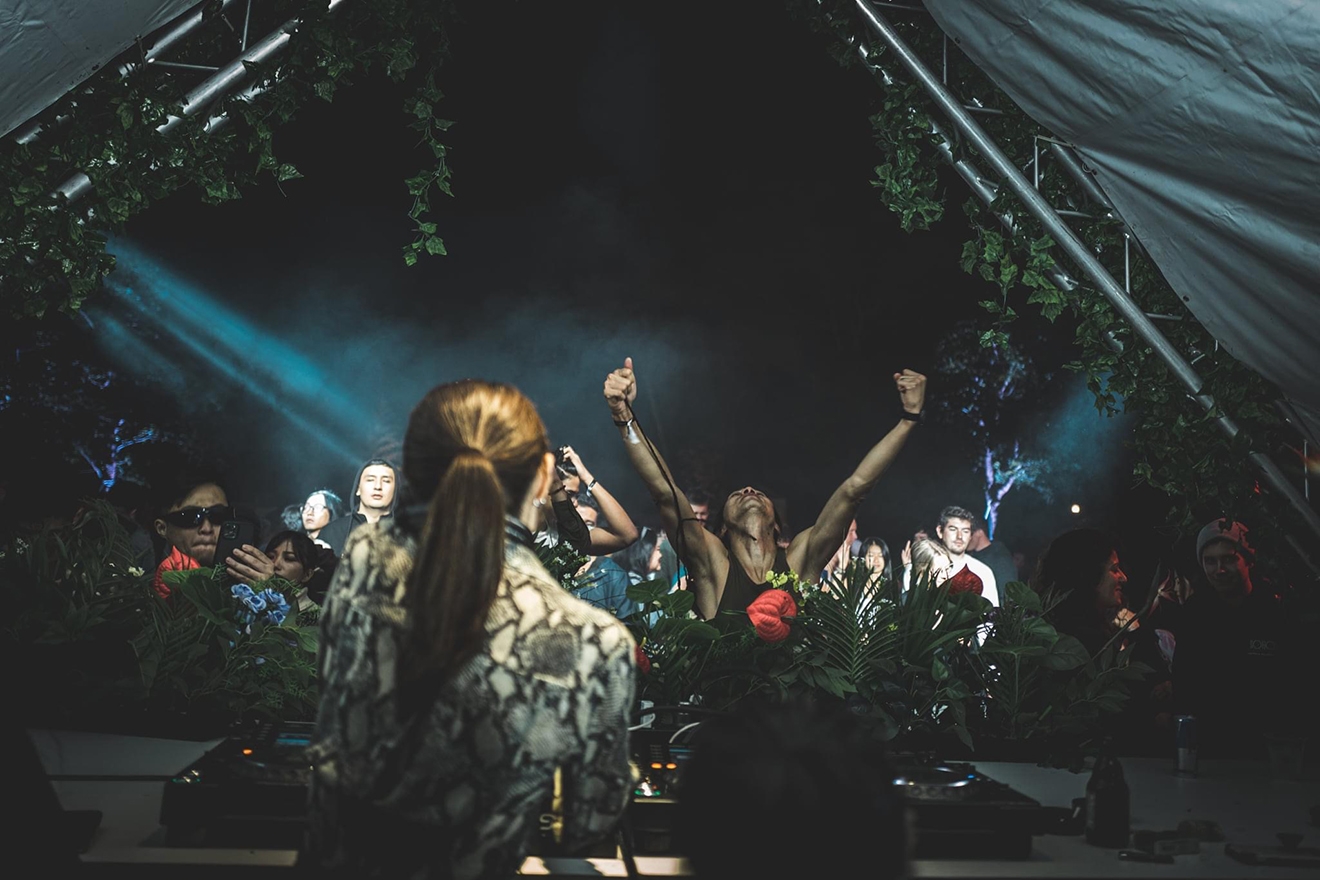 ELC came to the attention of Our Muzik during her techno set at Pipe Live Music in Taipei for the TechMark party. With eight years of experience on the Taipei nightlife scene, ELC has spread her version of techno from the festival stages to the club dance floors and has performed at every techno hotspot Taipei has had on offer, including Korner, B1, Pawnshop, Revolver and Triangle. Whether fast and hard or soft and subtle, ELC delivers techno music suitable for each and every occasion and is an absolute delight behind the decks for the crowded dance floors.

Listen to more from ELC here 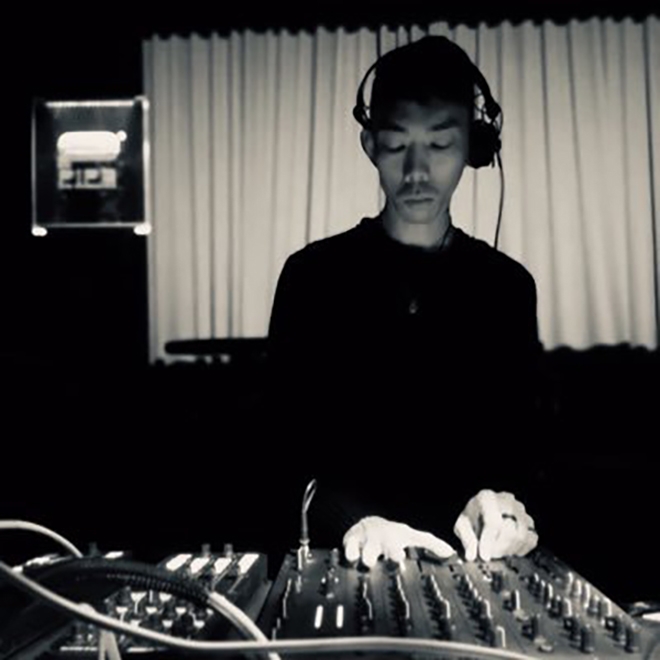 Frankie Feng caught the attention of Our Muzik during one of his incredible live sets at a local underground techno venue. With a flair for the modern, Frankie offers experimental and noisy techno music with a sexual tension in it. His Reflex Records label has been a staple on the Taiwan underground scene and his Reflex events have pushed the underground sound in the city of Taipei since 2016. Feng insists on quality experiences for his guests ranging from the music to lighting to stage to sound etc. It’s this insistence on quality that drew the eyes of Our Muzik in his direction and we haven’t been able to look away since. 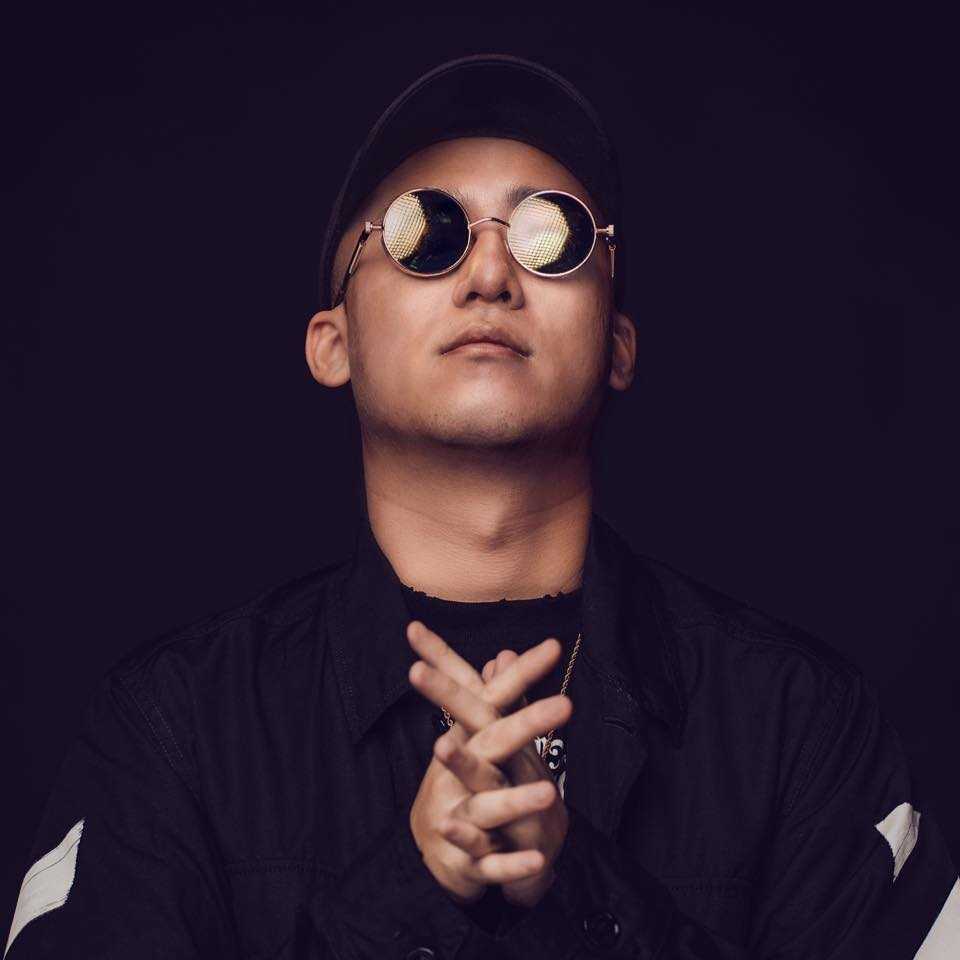 Haas is known for his incredible control of crowd emotion during his sets, whether taking them in deep dark directions or providing uplifting vibes for the dance floor, Haas is always in control. His residency at OMNI has helped him sharpen his craft and perfect his technique while also providing the opportunities to regularly road test new music in front of big crowds. Haas is also known for introducing his own edits into his sets where he samples traditional Taiwanese songs that are known to send the local crowd into a frenzy.

Listen to more from Haas here 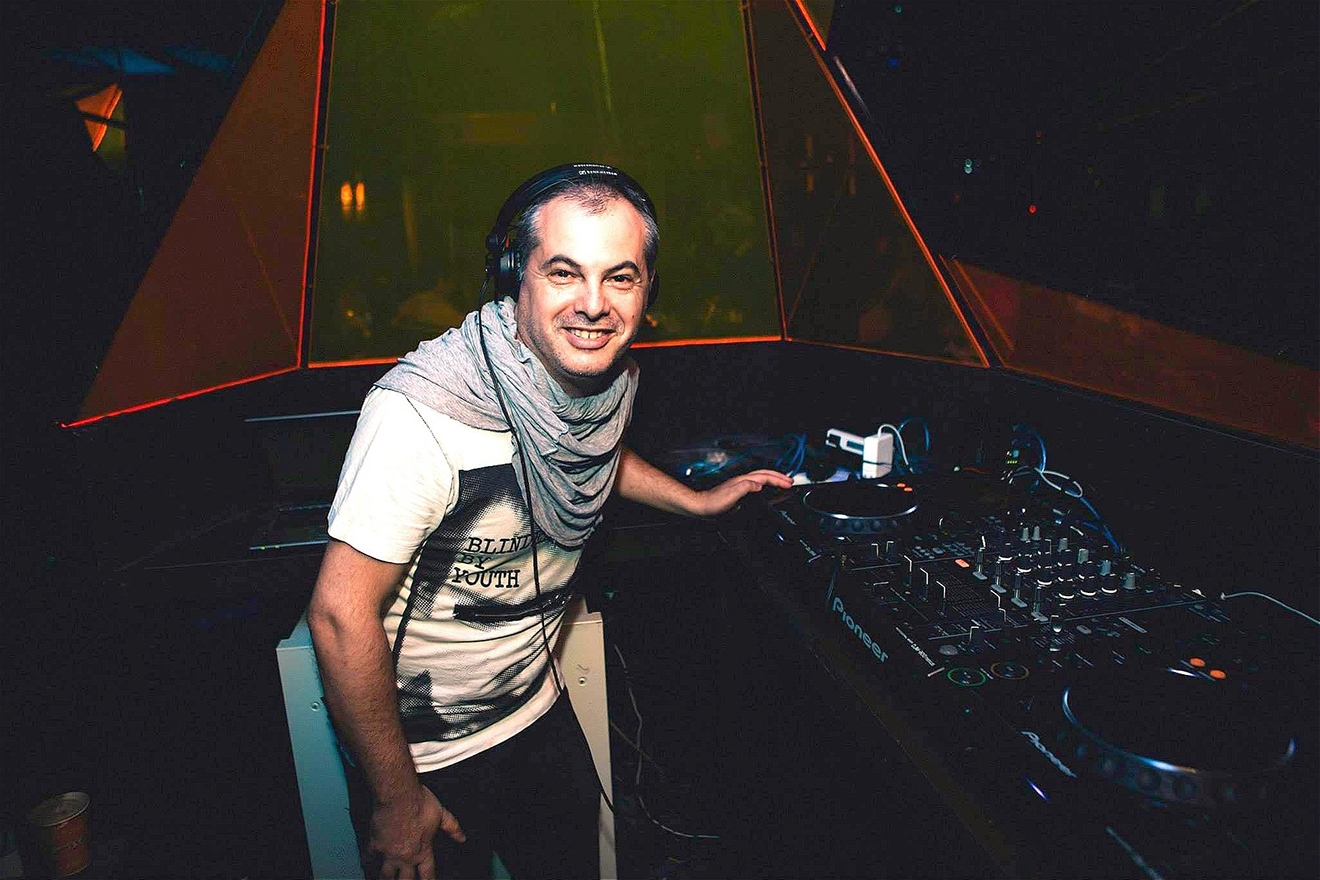 As a long term resident of CÉ LA VI, Marco has developed a strong relationship with Her over the past few years where he continually impresses with his eclectic sets. As a globetrotting DJ, Marco made Taipei his home 10 years ago and has been championing the underground sounds in the city ever since. As one of the city's busiest DJs Marco has many accolades that highlight his time in Taiwan, but his six-hour set at UN:Understand needs to be mentioned. As half of Bicycle Corporation, Marco has worked with labels from every corner of Taipei, and it was only fitting that we release some of their music on Our Muzik. As a duo, Bicycle Corporation cannot be put in a box, as their sounds range far and wide but always with the underground groove at their roots. 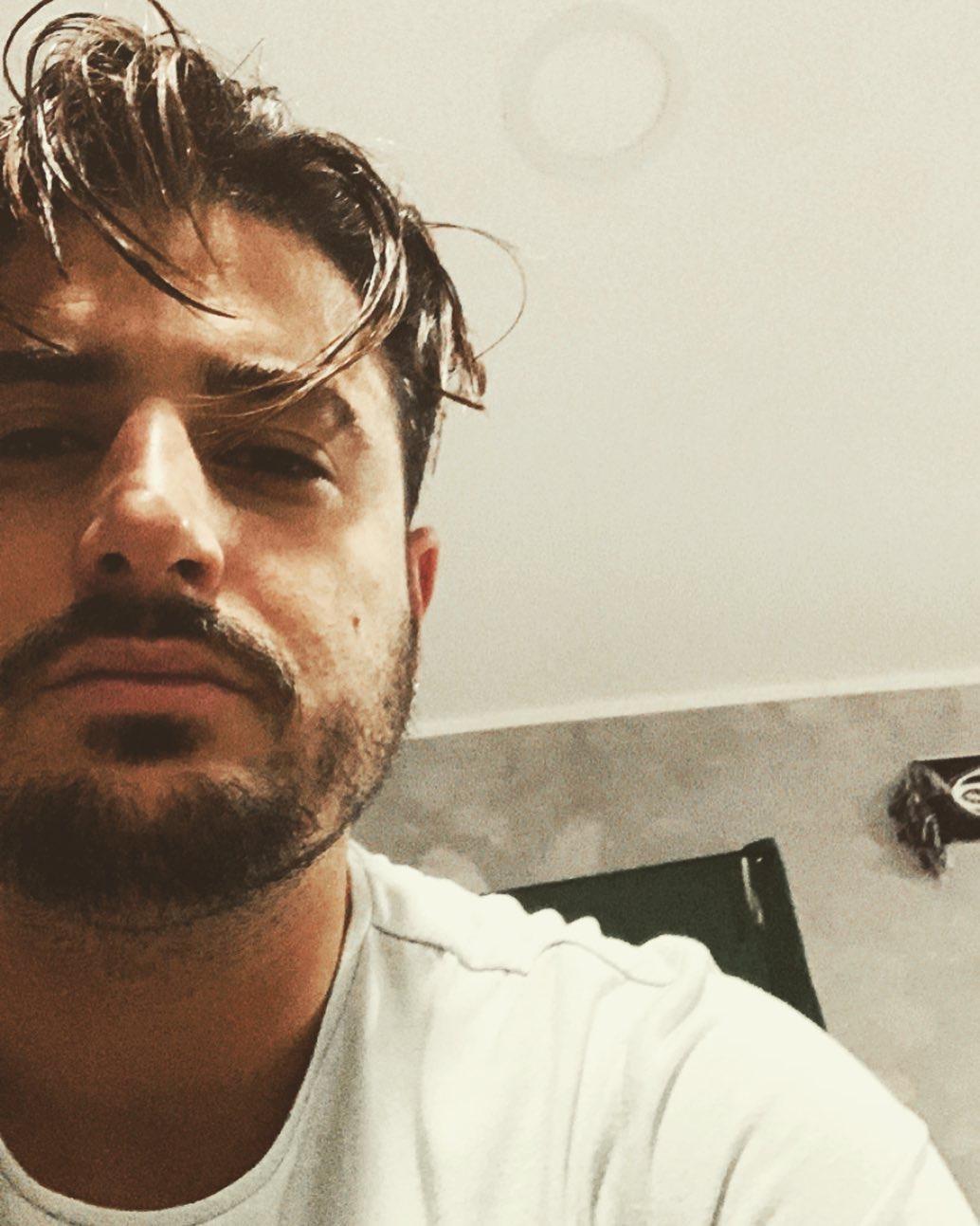 As a long standing resident for ECS Dogana in Italy’s Catania, Tisano and Leone were already well acquainted with each other from the Italian underground scene. As an already established producer and experienced resident, Our Muzik recognized the kind of experience that Tisano can bring to the table. Marco Tisano plays more of an open format and uses a combination of grooves and melodies to create energy and alter the mood on the dancefloor. As a newly transplanted DJ on the Taiwan scene, we expect Marco Tisano to reach great heights in the near future. 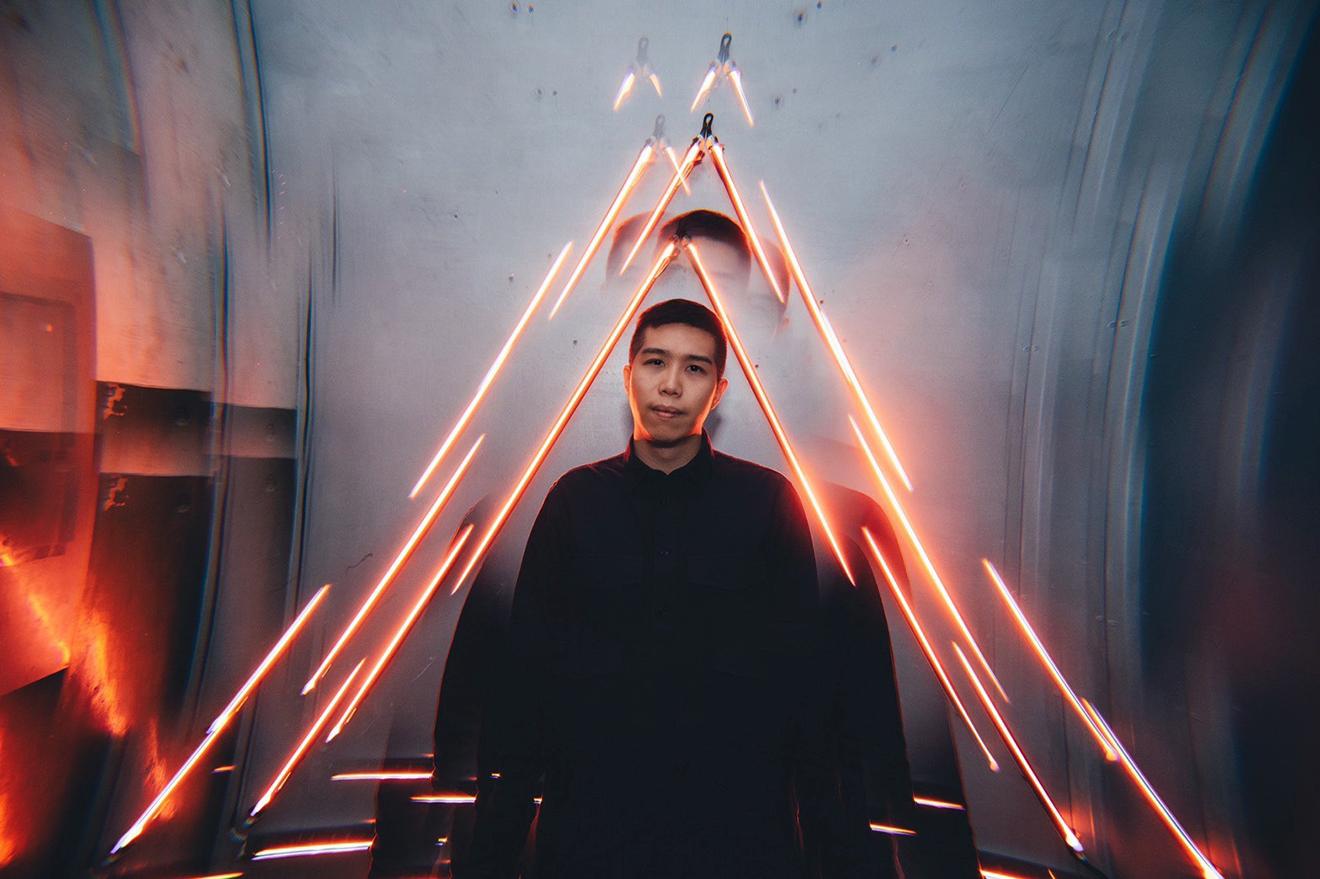 Nick P. possesses the rare talent of being able to transpire his skillset and technical ability in the DJ booth consistently across his work as a producer. Nick strays from trends and instead follows his own pursuit of sound, combining his experience with native music and cultures into his productions by sampling sounds that others may never think to use such as temple fairs and religious ceremonies. The approach is bold and unique, and the music that Nick creates captures the local spirit in a way that may be lost on untrained ears. Nick is a well established DJ on the Taiwan scene and his event series Future Sound TC has even been brought into some of the EDM clubs, the only time these clubs will feature non commercial music. Outside of his prolific DJ and events career, Nick also runs the Land Music shop, where he houses his production studio and teaches students how to DJ and produce. 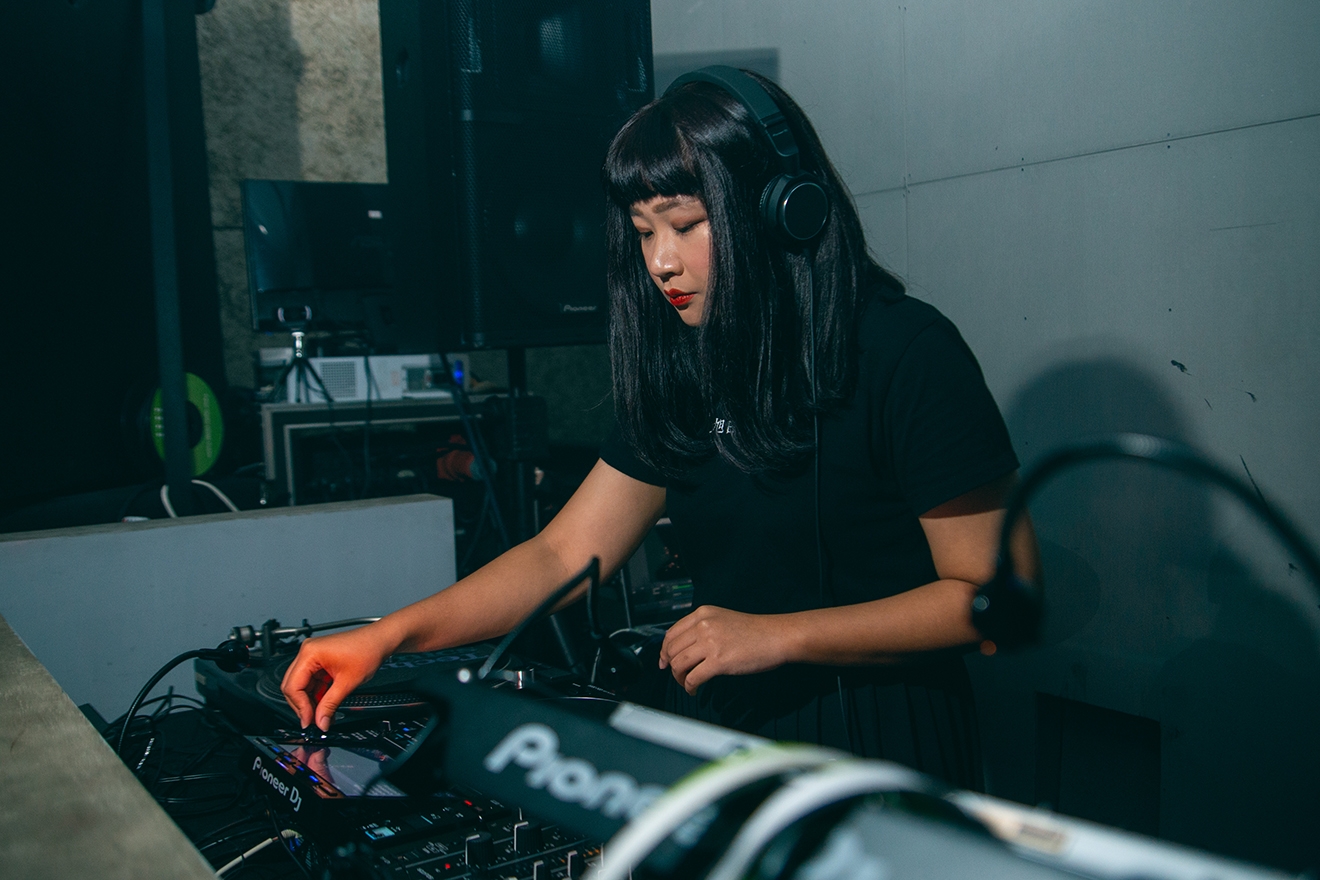 Venci plays along the borders of hardcore techno and psy, a unique combination of hard driving beats and driving acid bass lines that capture peoples attention. Known for driving the new sounds, Venci has never been one to shy away from unfamiliar territories and challenge her audience with leftfield selections. After leaving her hometown of Taitung, Venci relocated to Taipei to work as an accountant, but the sounds from the underground continually whispered to her ears on the weekends. Venci uses her music to reach a more diversified and varied age group audience.

Listen to more from Venci here