Over the past year, some incredible new clubs have opened all over the world, from intimate, members-only venues to vast former industrial spaces and even a brand-new Ibiza superclub. Welcome to The World’s Best New Clubs, Part One. 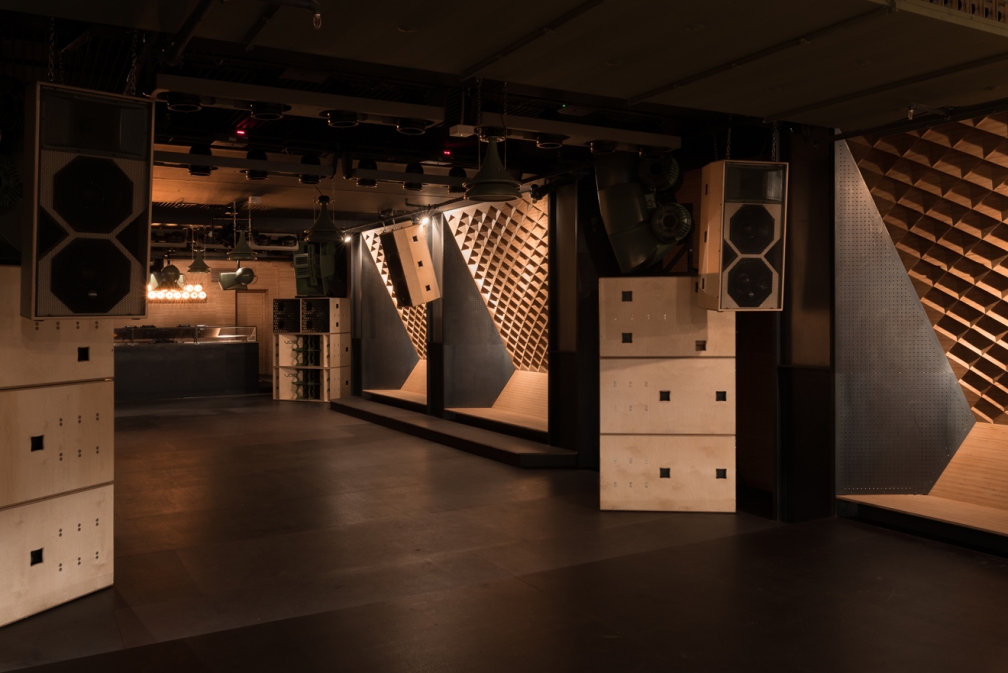 Opened in part of Munich’s biggest museum, Blitz was set up – according to founder and resident Dave Muallem – “to create a universe you can get lost in”. Across two floors, the 600-capacity VOID soundsystem-powered space attracts a “super open-minded and queer crowd”. With no specific genre attached to a room, each night is curated from scratch. “Every decision we make is because we believe in the power of dance music,” says Dave: “Good people and good music coming together for the best time of their lives.”

“Our vibe is welcoming and open – we don’t have a VIP area or ‘backstage; anyone can hang around the DJ booth and access all parts of the club,” says Mikhail Schemm, the music director of Manila’s XX XX. With an all-embracing policy, weekly parties like Elephant – a gay and drag night on Thursdays – create an open-minded culture. On Fridays, Energy Flash offers house and techno, while Saturdays are on monthly rotation with promoters NBK, Treehouse, Tektonik and Circus 20:20. The one-room, 200-capacity club was converted from two storage warehouses and sits in a private compound. For its opening party, the Philippines venue – which has a mezzanine bar area above the dancefloor and a Martin Audio soundsystem – hosted a live performance from Berlin trio FJAAK while residents include Mulan, Mikhail, Samantha Nicole, Don P, Red-I and Bins. The aim for XX XX is clear, says Mikhail: “We want to give Manila a [venue] that promotes quality dance music and open-minded club culture.” 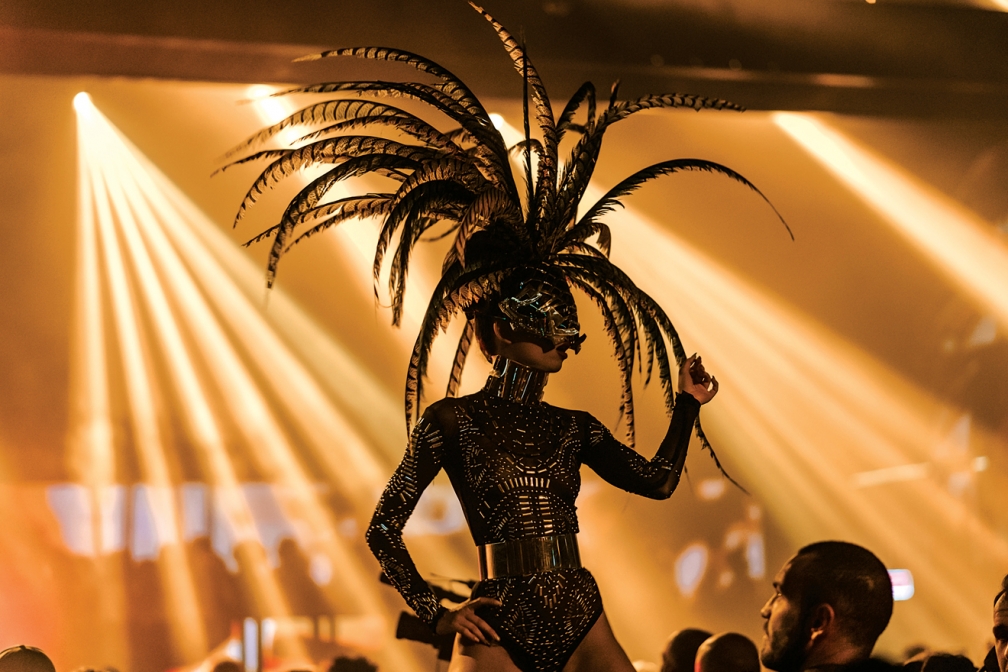 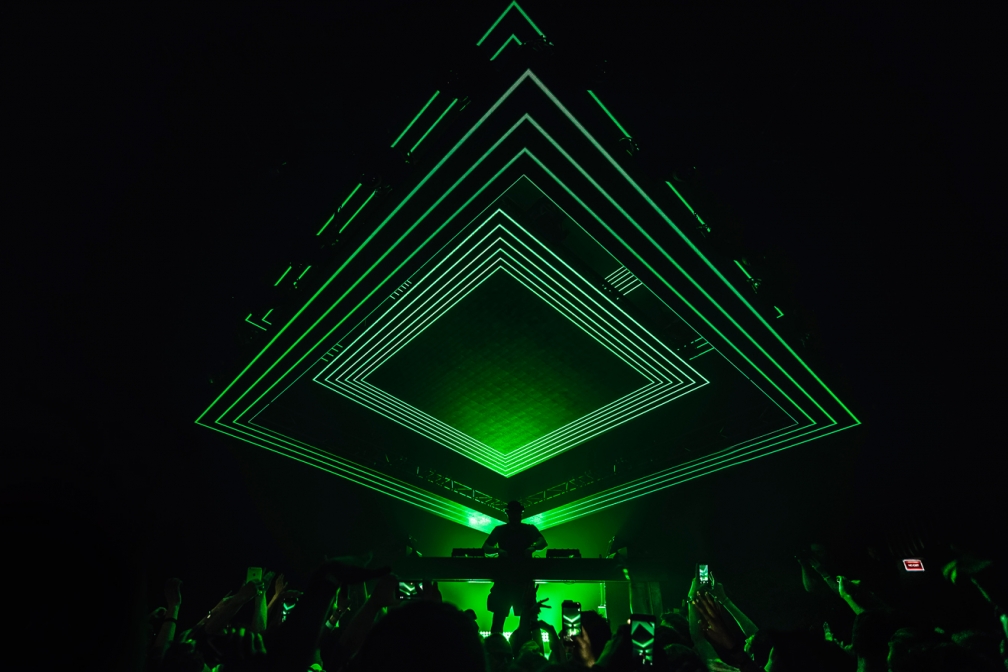 “Our goal was simple: to create a real show and to blow people’s minds,” says Hï Ibiza’s founder Yann Pissenem. Taking over the iconic site left by Space, there are two totally different environments inside the 3,000-capacity superclub: the Theatre (a massive, high-ceilinged room where the emphasis is on production), and the Club - a low-ceilinged space with a more stripped-back approach. Outside, to make clubbers feel like they really are in Ibiza, Yann and his team created two open-air terraces: “For those who want to take a break from the dancefloor or to socialise, they can now do so under the beautiful Mediterranean sky.” Musically, you’d be hard pushed to find a more diverse programme or one that caters for so many different tastes. From Armin Van Buuren to Glitterbox to Black Coffee to Martin Garrix, each party takes on a different style and sound. 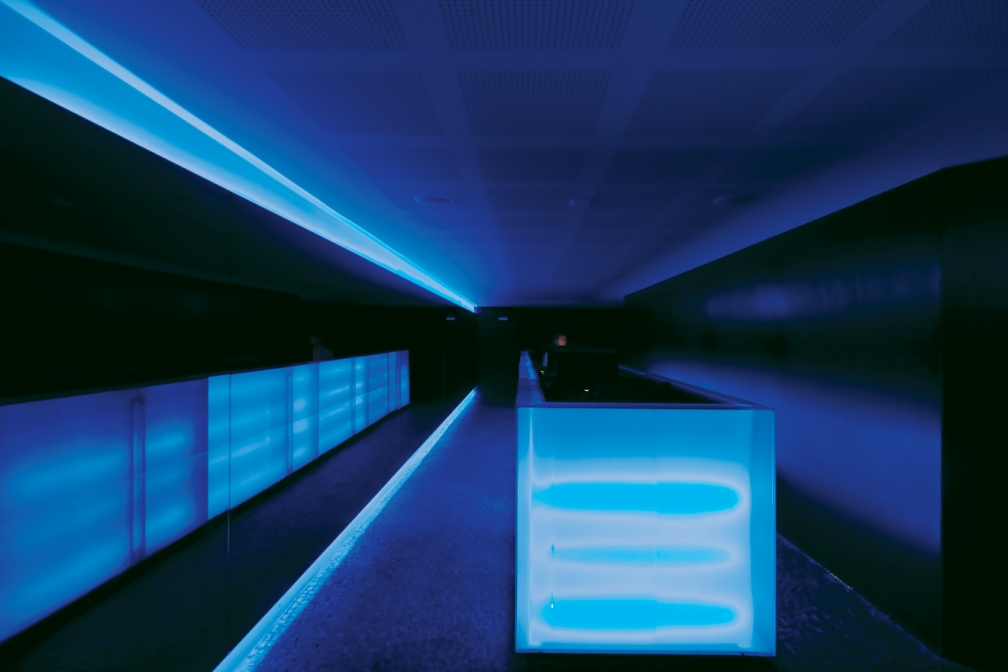 Sister to the world-famous D-Edge in São Paolo, this futuristic Rio incarnation is a leading light in the Brazilian underground. With hi-tech lighting, a killer soundsystem and founder Renato Ratier behind the decks as its resident DJ, the club is situated on one level of a four-floor multicultural complex. Across the other three floors is a shopping area, music production studio, record shop, restaurant and even an art gallery. As part of a series of ‘under construction’ parties, D-Edge Rio has already hosted massive names in house and techno like The Martinez Brothers and Richie Hawtin. 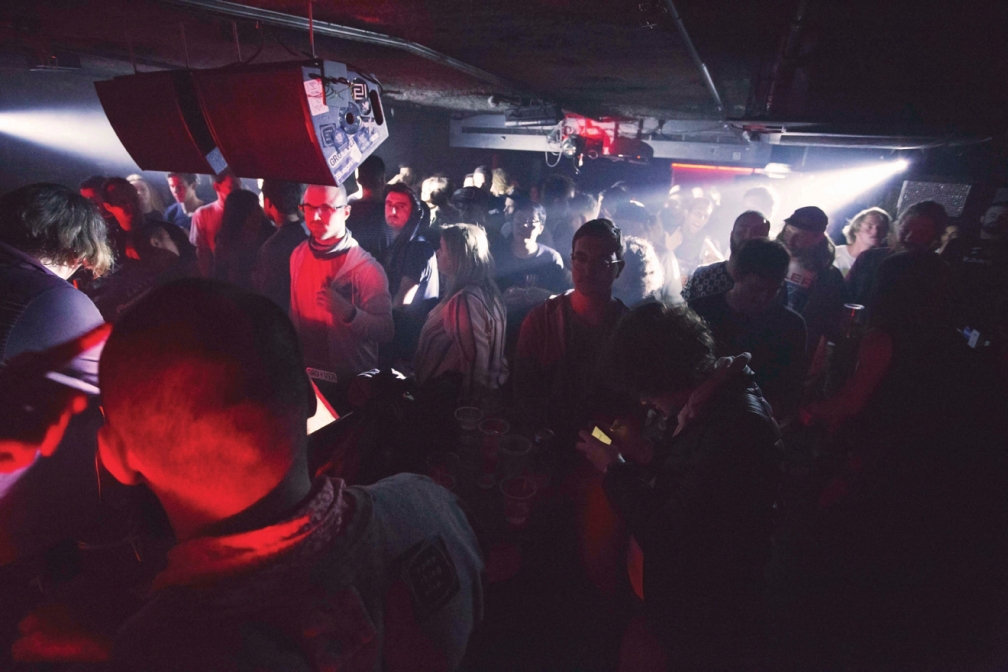 “With all the bad news in Sydney over the last few years we wanted to bring some positivity back to the scene with a new venue that pays homage to the good old days of Sydney partying,” says The Bunk3r’s resident Dave Stuart. Taking over the revamped 180-capacity basement of Oxford Hotel, the décor and lighting is kept minimal. Instead, the focus is on “losing yourself in the music”. Friday nights focus on house and minimal, while Saturdays draw on international techno. 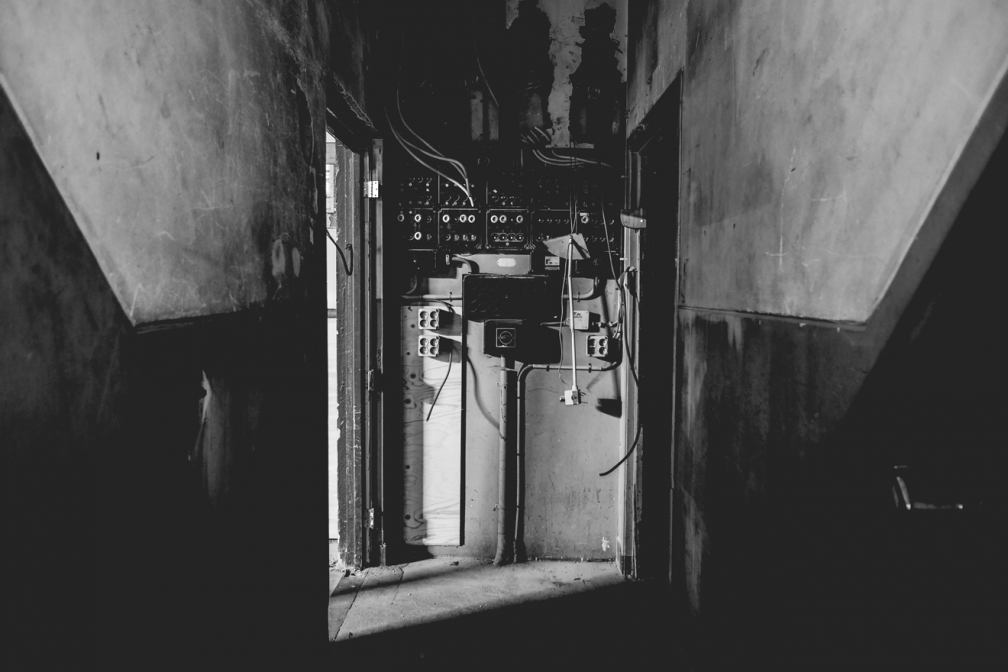 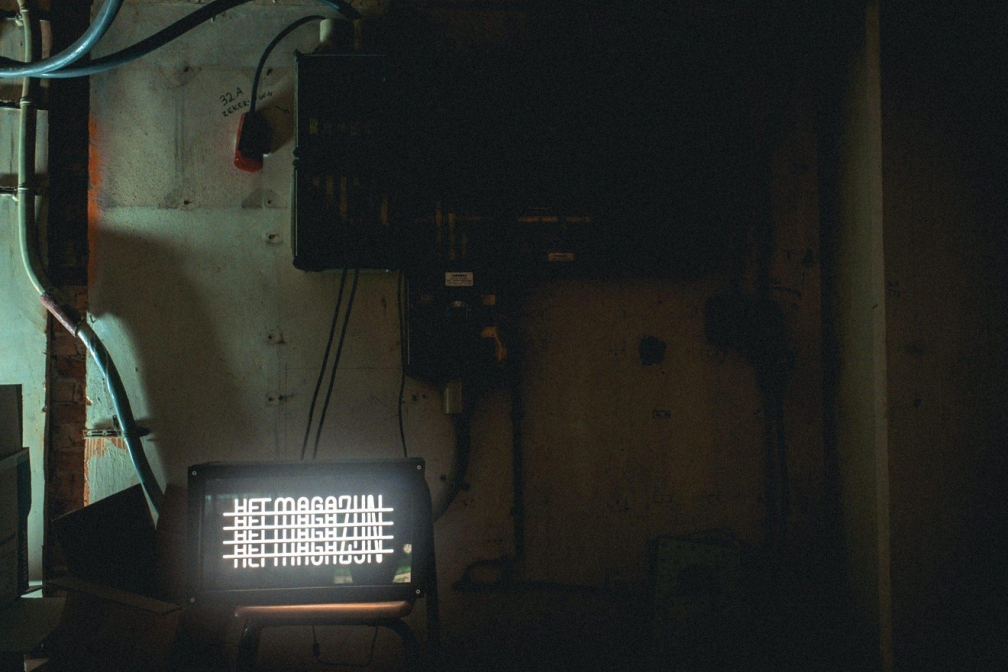 “I think the greatest thing about a tiny place like ours is that it really makes you aware you’re part of the crowd,” says promoter Arend Lakke, discussing Het Magazijn’s unique appeal. “The DJ and the audience are so close to each other, and that really produces a lot of energy.” A former furniture store within the basement of a storage room in The Hague is the last place you’d expect ‘The Warehouse’ to be opened, but with a Funktion-One soundsystem and 150-person capacity, it makes for an unbeatably intimate Dutch party. 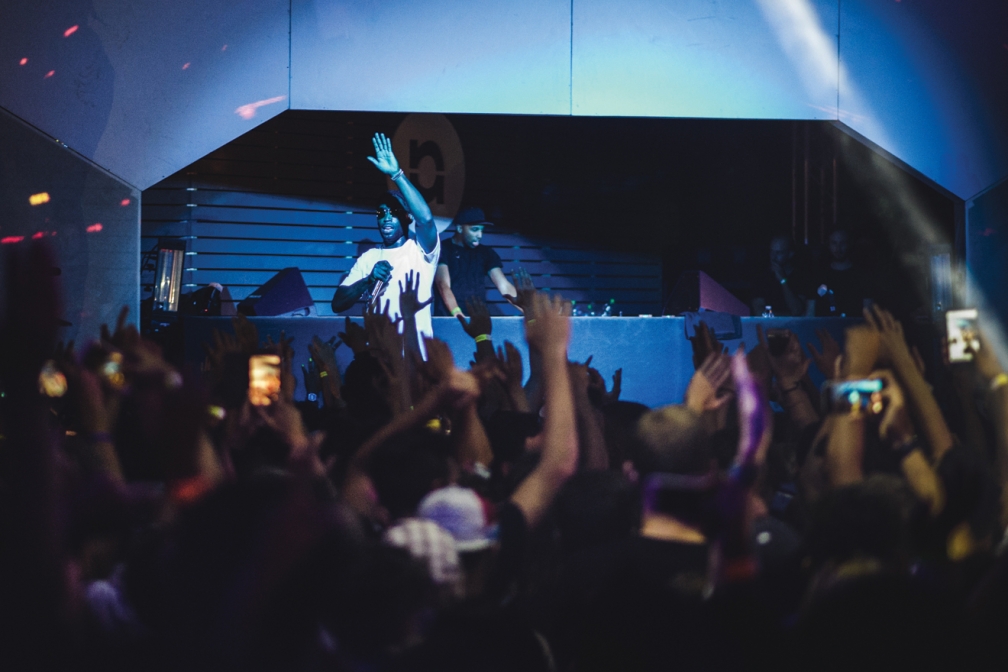 Having hosted the International Music Summit, Annie Mac’s Lost And Found festival and Creamfields Malta since opening in May 2016, the 5,000-capacity UNO Village is known for its versatility. With three outdoor stages and an indoor sweatbox, VIP booths and a custom-designed Funktion-One system, it’s already seen Nic Fanciulli, Todd Terry, Sven Vath and trance icon Armin van Buuren perform. In contrast, UK grime came to Malta in April thanks to Dave, Giggs and Mist, who took charge of the palm-tree covered Tropicana stage for Annie. 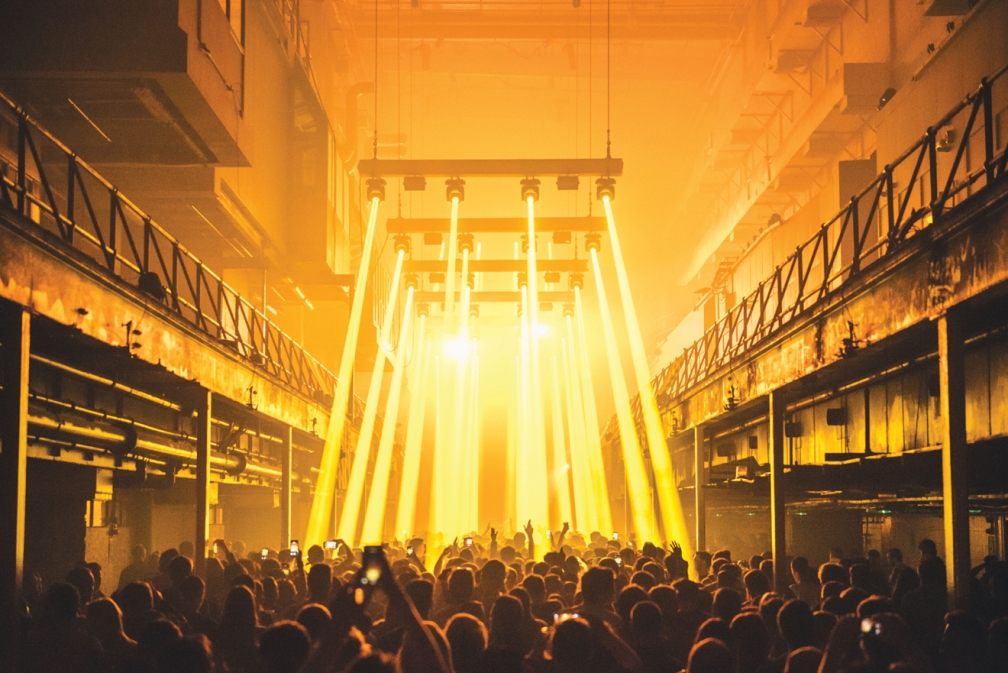 Spread over 16 acres and six levels of abandoned industrial warehouse space inside the London Evening Standard’s former printing press, Printworks is changing what it means to go clubbing in the UK. Everything about London Warehouse Events’ 3,500-capacity mega-venue is mind-blowing. The sheer scale of the building is breathtaking, from the tunnel-like main room with its unbeatable soundsystem (one of the UK’s best) and a dancefloor that seems to stretch for miles to the low-ceilinged, more intimate, warehouse-style second room. What stands out most, though, are Printworks’ stunning light shows, thanks to an award-worthy, shape-shifting lighting rig that beams down neon-coloured strobes that shine overhead and all the way to the back of the room. For its massive February opening party, Seth Troxler, The Martinez Brothers and Loco Dice stormed the Canada Water superclub. Running until the end of April, Issue 001 welcomed a host of the biggest names in house and techno. Then, in August, AfroPunk brought a completely different flavour, offering a weekend of grime, punk, hip hop, soul, reggae and roots from Boy Better Know’s JME, Detroit rapper Danny Brown and London MCs Nadia Rose and Little Simz. This month, Printworks returned, starting with three day-to-night dates that kicked off on October 7 with the Issue 002 Opening Party featuring techno heavyweights Maceo Plex, Daniel Avery, Rødhåd and Vril. Black Coffee, The Hydra, Ninja Tune and Andy C’s Ram Records anniversary party fill the rest of October. 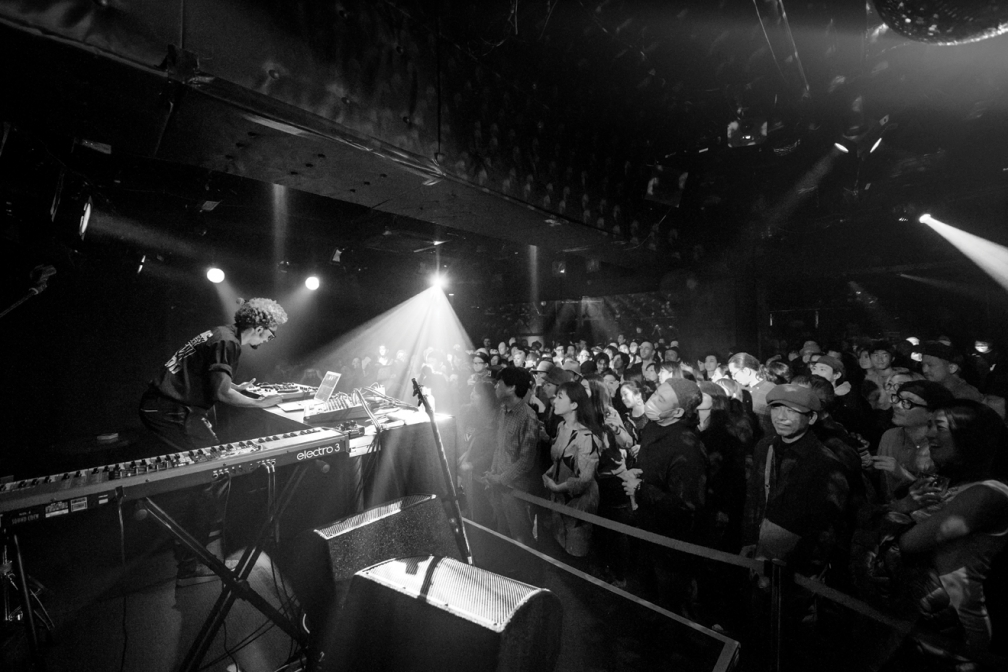 At Contact, you have to become a ‘member’ to get into Shibuya’s newest car-park-cum-club. “It means the people who do go are truly there for the music,” says director Yuko Ichikawa. From techno and experimental music to old-skool disco, house and hip hop, no genre is left untouched at the 500-capacity two-room venue which opened in April 2016. “If we didn’t have this membership system, I think the clientele would be very different,” Yuko says. “The club welcomes all types of people: young and old, geeky and fashionable.” 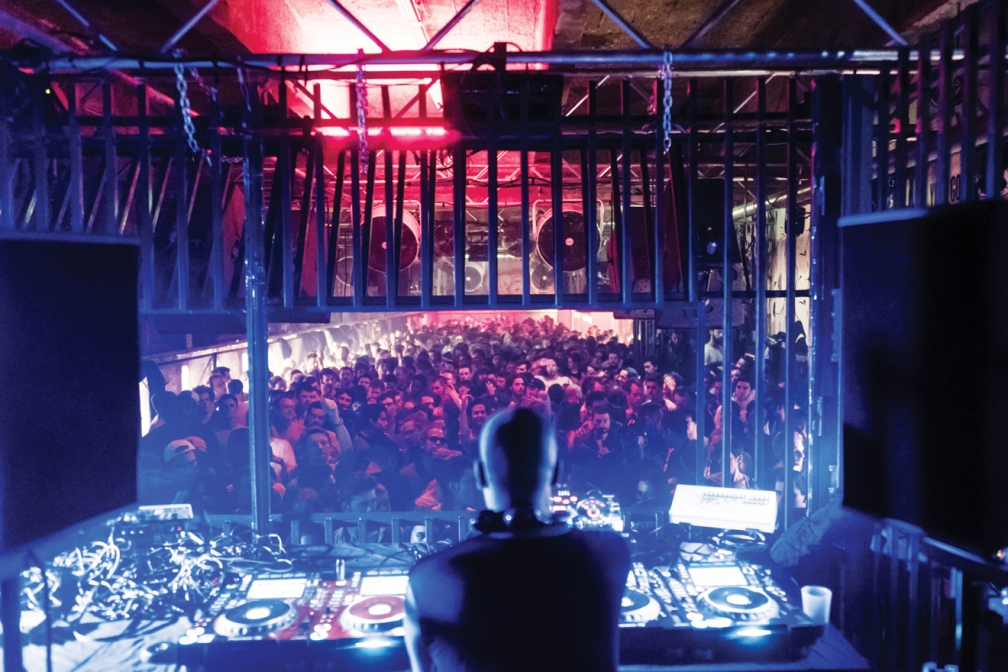 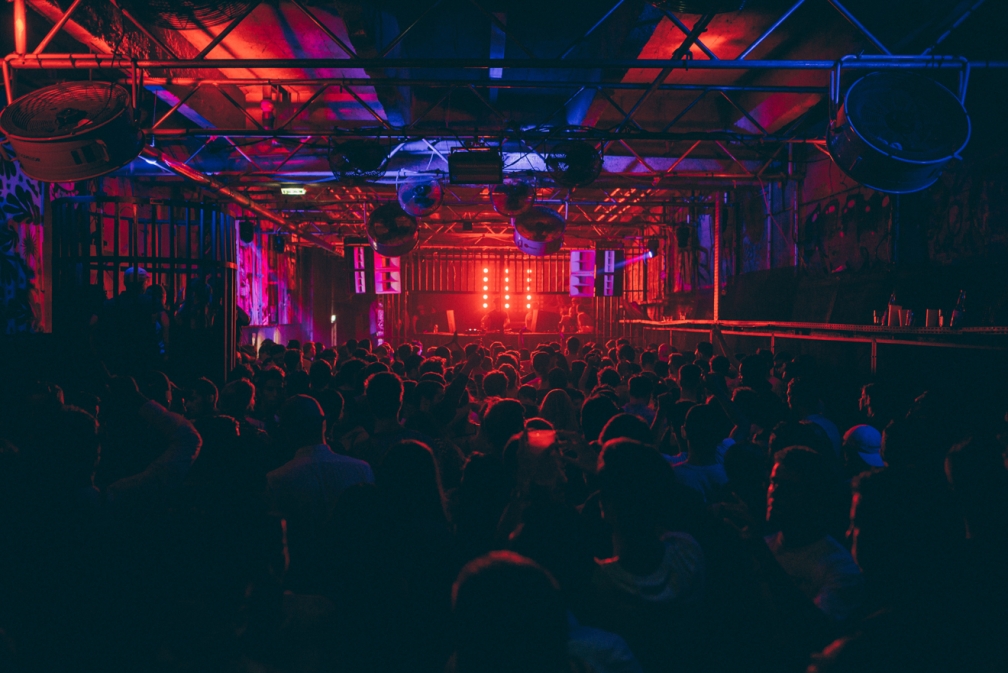 Named after Cyril Collard’s award-winning 1992 movie Nuits Fauves – which tells the story of a HIV positive bisexual man who falls in love with a 17-year-old girl – the 1,200-capacity Parisian club of the same name was born as a place where gay people could meet. “The idea was to create a club with a warehouse mood,” says Silencio promoter Nicolas Mayollet. “It’s a raw, underground, dark, wild, subversive and open-mined place where anyone can meet and mix: gays, lesbians, straights, drag queens, transsexual people, black, white…”