This summer, visitors to Langham Place in Mong Kok, Hong Kong, were able to step into a multimedia odyssey that was the kkplus in Vaporwave exhibition. The pop-up show, which wrapped on August 29, was organised by kkplus, a toy store in the mall specialising in collectables and limited releases, and drew together a constellation of local artists to engage with the vaporwave phenomenon, including two local animation studios, numerous graphic artists and traditional neon sign maker Master Wu Chi-Kai. 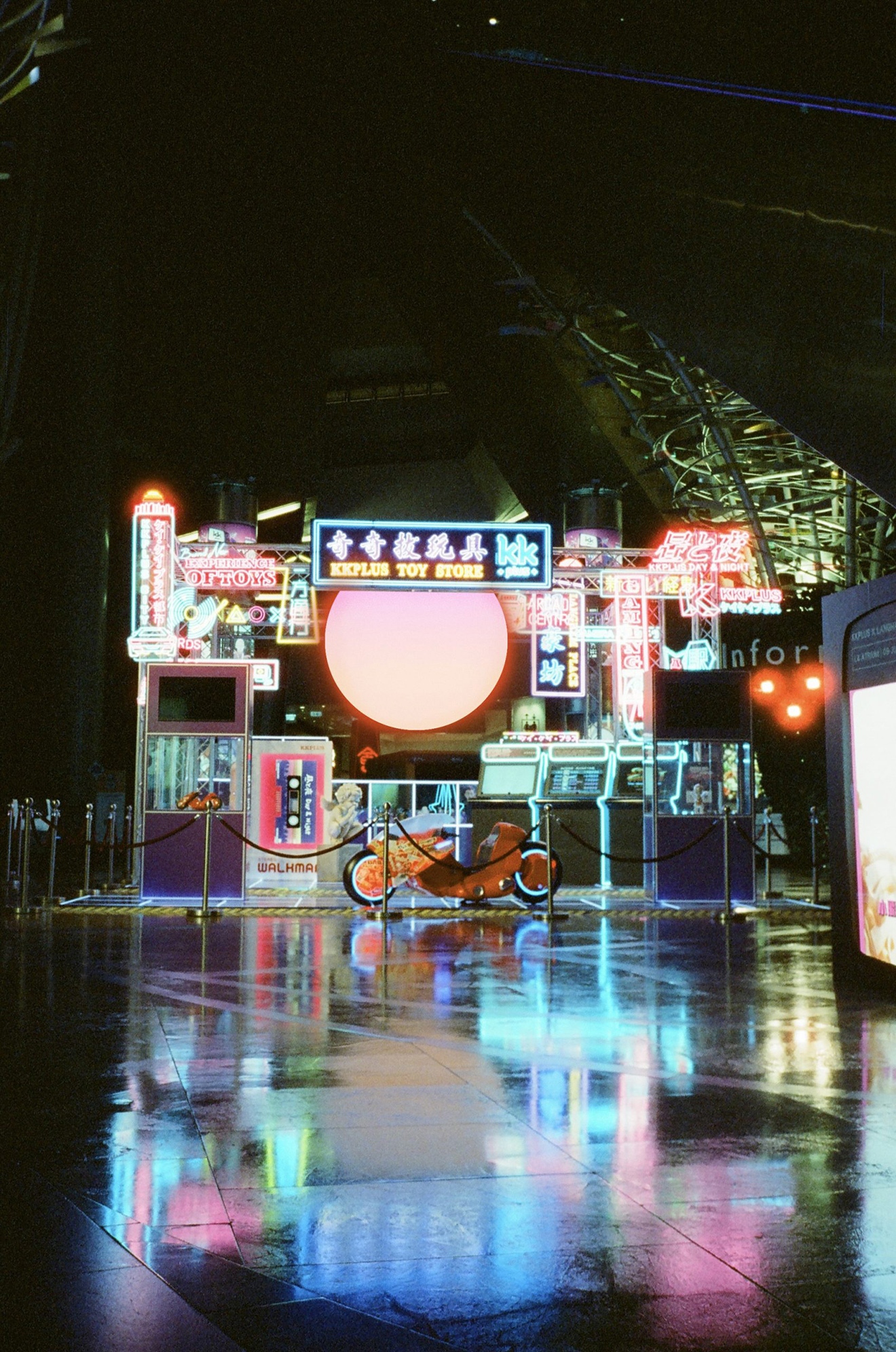 For the uninitiated, what you see is largely what you get with vaporwave: a throwback to 80s and 90s pop culture with a wacky postmodern penchant for Japanese and ancient Greek iconography. But it is also more than that. Vaporwave is a child of the meme age, an internet phenomenon that emerged in the early 2010s which found expression as a music genre and visual aesthetic remixing nostalgia with a highly idiosyncratic logic. So, when it came to kkplus in Vaporwave, including music at the launch and in the exhibition was a matter of course, and in Hong Kong, vaporwave music is synonymous with Neoncity Records.

Neoncity Records is the brainchild of DJ and producer Daviouxx. From humble beginnings in 2016 throwing retro-themed parties, the Hong Kong native has gone on to develop a robust music business trafficking not only in vaporwave but a plethora of its sister genres (future funk, city pop, nu disco, synthwave…) that drops releases on cassette tape, vinyl and digital formats. In the early days of the label, it was a one-man show but now Daviouxx hustles the music biz full-time, managing three staff that help with order fulfilment and customer service – A&R, art direction (Daviouxx is a graphic designer by trade) and promotion remain his domain. 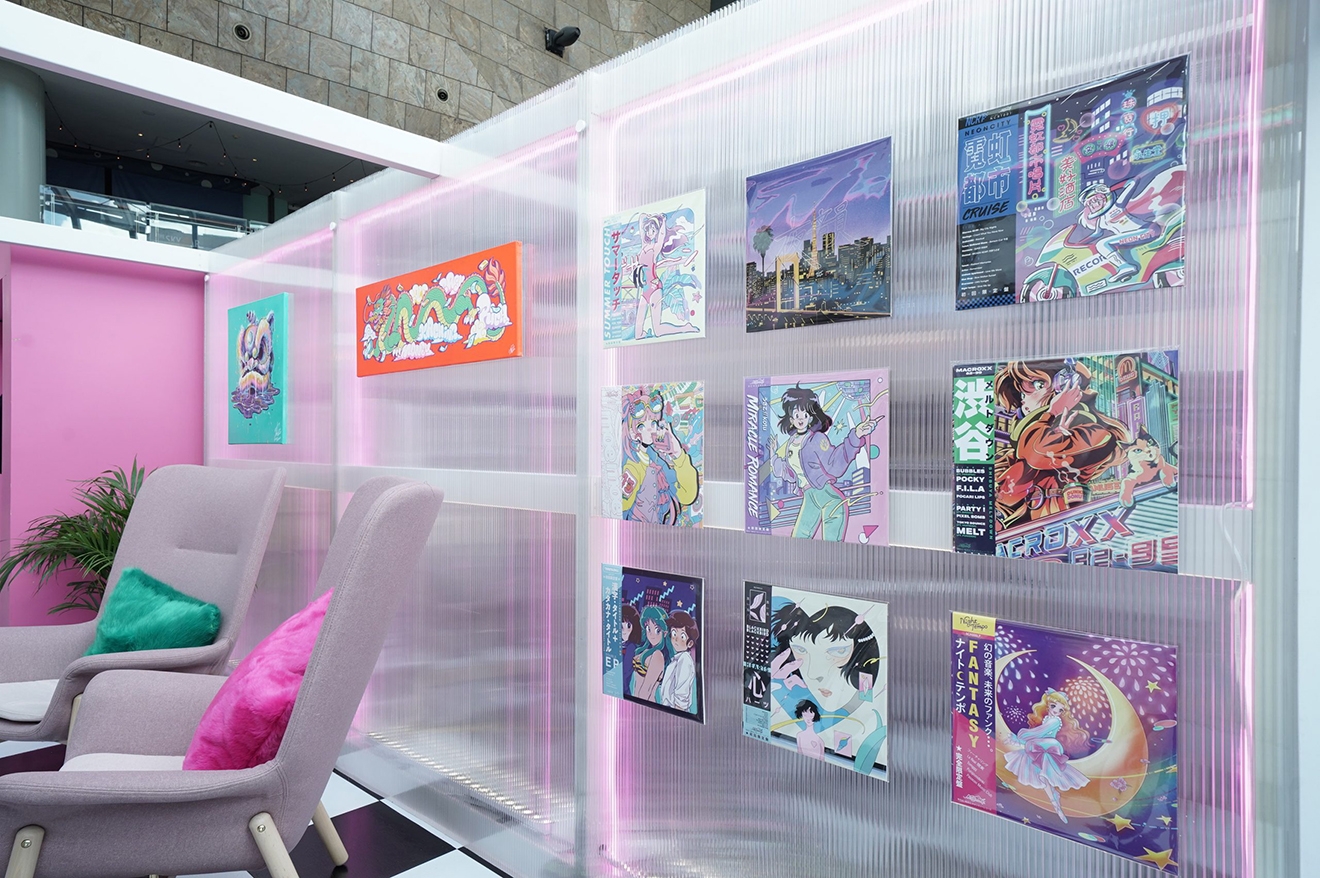 Between curating a display of its releases on vinyl and cassette tape at the kkplus show, shipping orders around the world, and coordinating a relentless release schedule (to date, NCR has over 80 releases under its belt), that Neoncity Records and its founder are busy is an understatement. Thankfully, Daviouxx found a moment to sit down with us to share more about his growing neon empire…

So, I guess we’ll just go back to the beginning: what was the inspiration behind starting the label?

At first, it wasn’t intended to be a record label. In 2016, I’d been throwing some parties, just a small crowd with my friends. We’d been doing some retro-themed parties like retrowave, synthwave, vaporwave… even some city pop parties. So, actually, I started it as a party promoter, just for fun.

We’d been doing that for a year when I met [Korean producer] Night Tempo. So, in 2017, I hosted a show with [Hong Kong label] Absurd Trax, we co-hosted it, and we invited Night Tempo to Hong Kong. Meanwhile, I’d been collecting cassette tapes and other stuff like vinyl records myself for a couple of years but I never thought about starting a label. Back then, I had a friend and his family, they used to run a really small cassette tape manufacturing company in Hong Kong – but not for music, they had machines to duplicate cassette tapes, mostly for schools, like, for teaching purposes. So, my friend, he knew that I was a cassette tape collector and then, because they had no use of that machine anymore since the family’s factory closed maybe ten years ago, he asked me if I’d be interested in buying that machine. It’s a high-speed duplicator.

I think around one metre [squared]. Maybe I can explain how the machine works. First, you get a record, like a master tape, and then put the master tape on it. It can duplicate the tape in 10x speed, so let’s say the album length is 20 minutes, it can do it in two minutes. And I can do ten tapes at once, so really it’s 30 seconds per tape.

This machine is pretty old, right?

Yeah, it’s from the 80s… So, before I met Night Tempo, I had been using that machine for some mixtapes that I would give away at the parties. When he was in Hong Kong, I asked him if he was interested in making some cassette tapes because I actually found that back in 2017, it wasn’t too popular to release – for vaporwave artists, at least – to release their music on a physical format. There were some artists maybe in America that had been releasing some tapes, but usually only in a really small batch, like 50 or 20 copies. So, yeah, I asked him if he would be interested to put his new album on cassette tape and that was our first release. 'Fantasy' by Night Tempo. I think I made around 200 tapes for that. 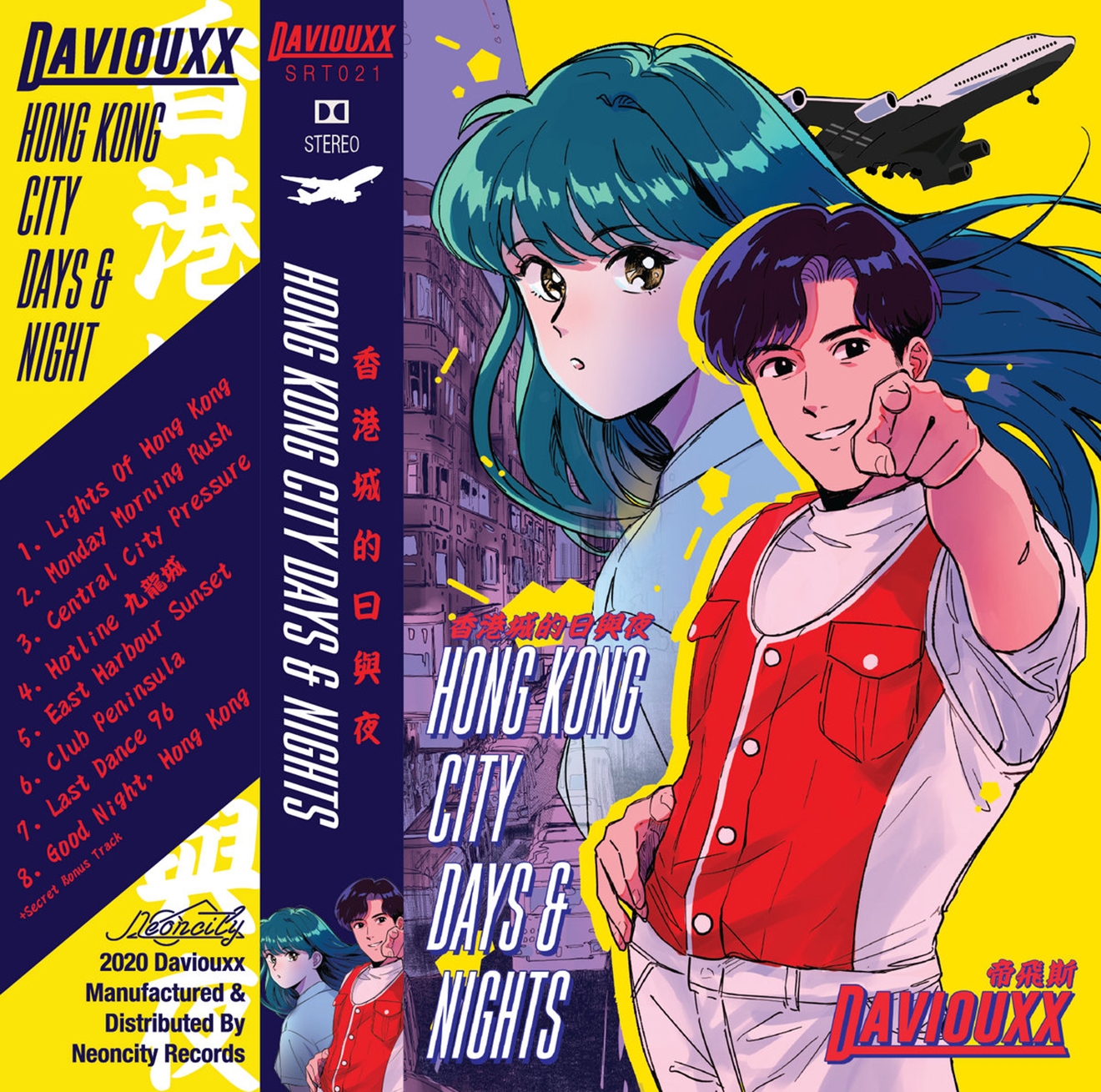 The whole vaporwave movement is centred around nostalgia, but it’s also a modern phenomenon from the early 2010s. Did your interest in it come more from your passion for collecting or did you first come across this scene through the internet?

I think I started listening to vaporwave music around 2013. I discovered it on SoundCloud, yeah… I remember I was looking for some old Japanese music because when I was a kid, I really liked Japanese stuff, like J-pop and city pop. So, I was scrolling through a SoundCloud page and I saw the visuals of some vaporwave albums and I got interested because they usually use old Japanese visual elements, like old commercials or anime. I found it quite interesting because before I started the label, I was actually a graphic designer.

Do you make the artwork for the releases?

Yeah, I design most of the album covers myself.

And your childhood love of J-pop and city pop – I assume that’s because there’s historically been a connection to that in Hong Kong? Obviously, you’re not that old, but in the 80s, a lot of Cantopop was covers of Japanese songs and stuff like that. Did that influence how you got exposed to Japanese culture?

Looking through the label’s most recent releases, the artists are so diverse! Netherlands, Mexico, Korea, Japan, US... How would you describe the scene, as you’ve experienced it, on an international level? Are there a lot of labels like Neoncity Records?

Actually, I think that there are a lot of labels right now, especially on Bandcamp. But a lot of them are on a smaller scale. Most label owners run them as a hobby but I guess if you’re talking about a label as a business, maybe there’s not a lot of them about. 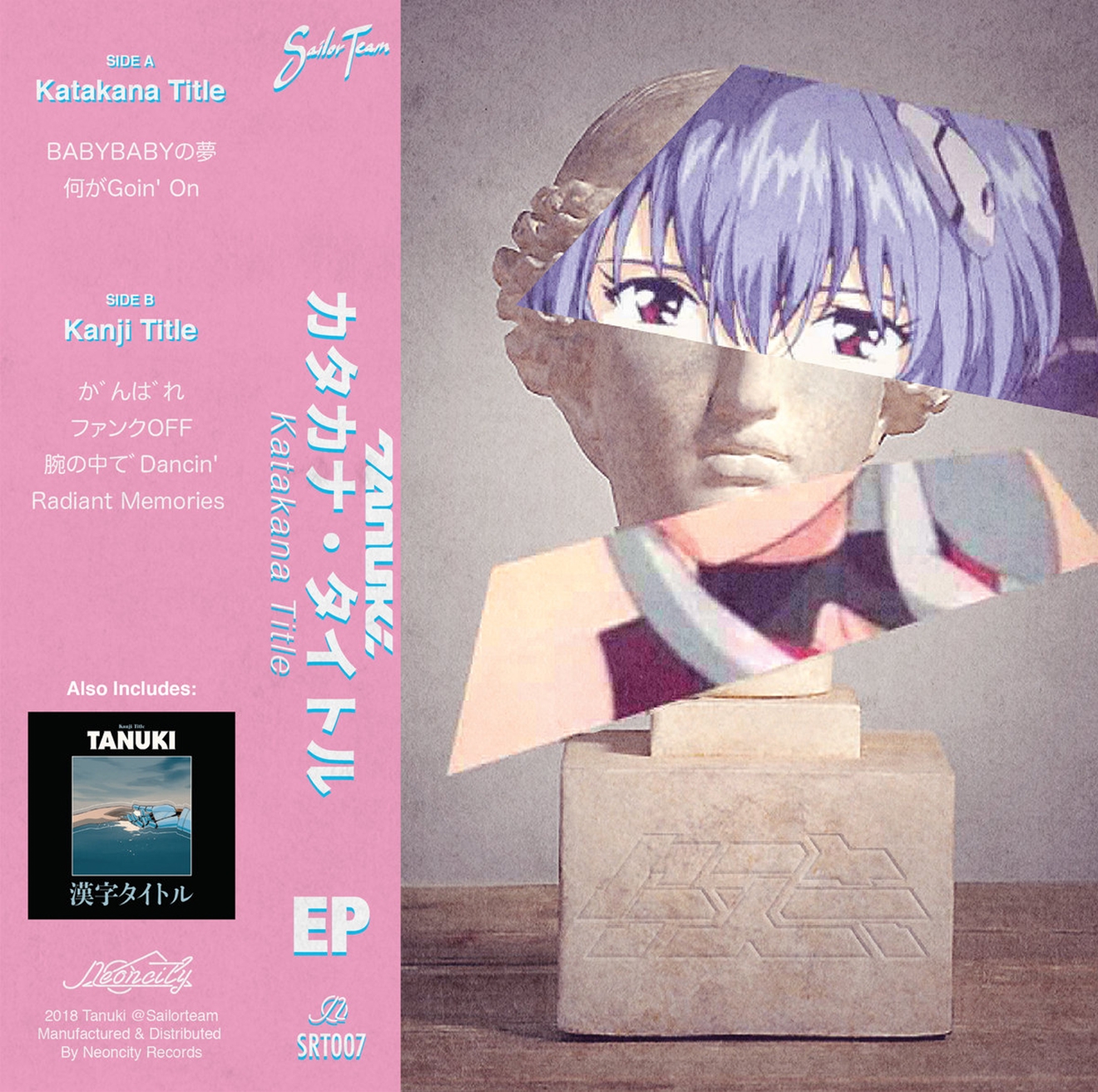 When you’re looking for new talent, is it primarily through SoundCloud?

Maybe three years ago I used to look for new artists on SoundCloud, but nowadays usually I don’t have to look for artists anymore.

They’re submitting to you?

Yeah, they submit demos to me. Every few days I will get new demos.

Wow, so there’s a lot of aspiring producers in these styles.

I think one of the reasons is that, in general, future funk and vaporwave music is way easier to get into for young people because you don’t need a lot of professional equipment. It’s relatively easy to make, so I guess that’s one of the reasons why a lot of young people will try to start their music career as a future funk or vaporwave artist and then maybe they will switch into other styles after that.

Tell us about the apparel side of the business.

Around two years ago, I was thinking about different ways to expand the business because, actually, 70% of our customers are either from the United States or from Japan. We don’t have a lot of local customers, so I wanted to draw more attention from the local side and one of the ideas was to make a streetwear brand to try to promote the retro culture. So, I try to include those elements in my design for the fashion label, Neoncity Racing Team or NCRT. It’s like a sister brand to Neoncity Records. 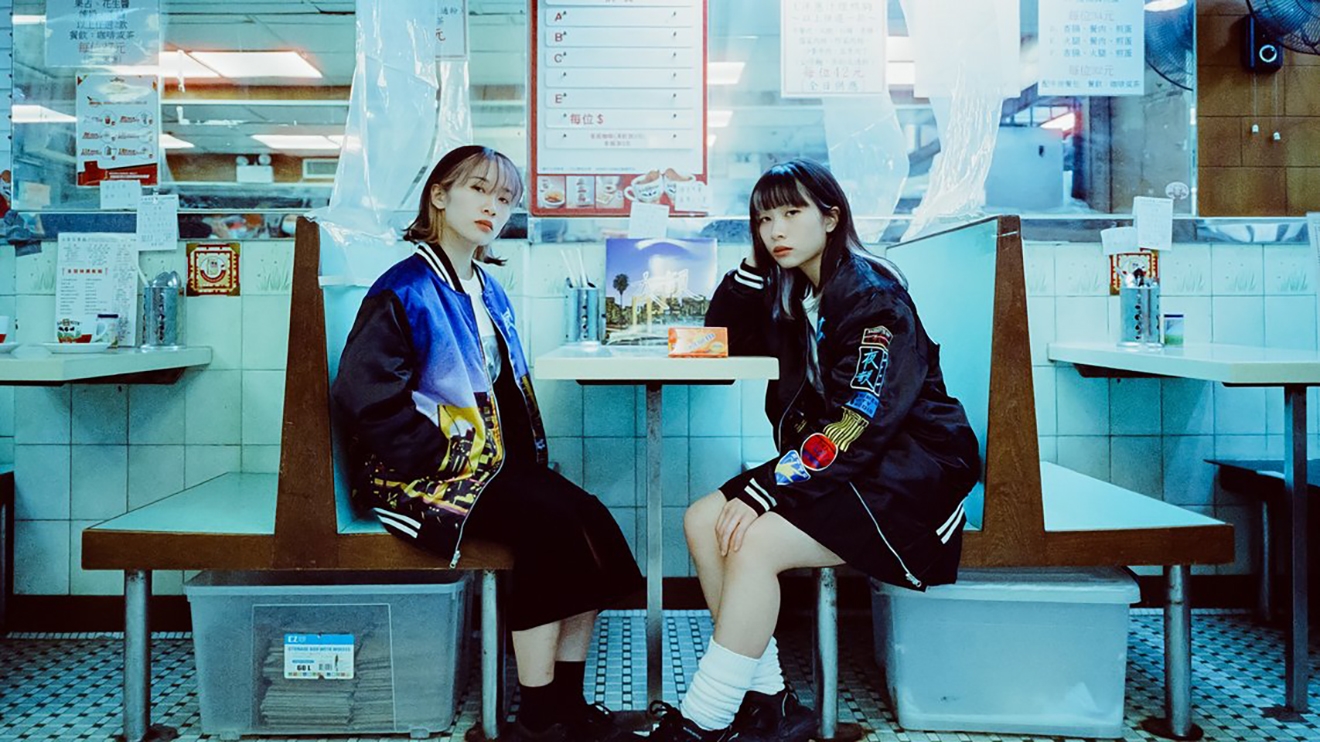 The campaign you did in a cha chaan teng [a Hong Kong-style café] was fantastic. In fact, Hong Kong is the perfect setting for something like this, isn’t it? Since so much anime and Japanese pop culture was itself influenced by the Hong Kong cityscape?

Yeah, that’s why my label is called Neoncity Records because Hong Kong is a city just full of neon signs.

The genres the label releases are heavily sample-based but we couldn’t help but notice some vocalists coming through, such as the recent single 'Lonely Night' from singer Emi Aramaki. Is there more like this to come?

Yes, we’ve also released [Korean singer] Crystal Tea, and in the next couple of months, we’ll have a local artist joining – and singing in Cantonese.