Welcome to part one of a two-part series on All Evolutionz. Part two, featuring a video interview with Nana AE, will be published in early February.

DJ sets for Enso have been a little bit different lately. Instead of simply rocking up with a USB and a pair of headphones, the Hong Kong-based DJ has been bringing an anime face mask, a motion capture bodysuit, a wifi network node, a projector and a laptop running a gaggle of programs to some of his recent gigs.

Not only that, Enso’s name hasn’t even appeared on the lineups and posters for these sets. That’s because Enso isn’t really the “person” that’s been performing. Someone called “Nana AE” is. Confused? Don’t worry, keep reading… 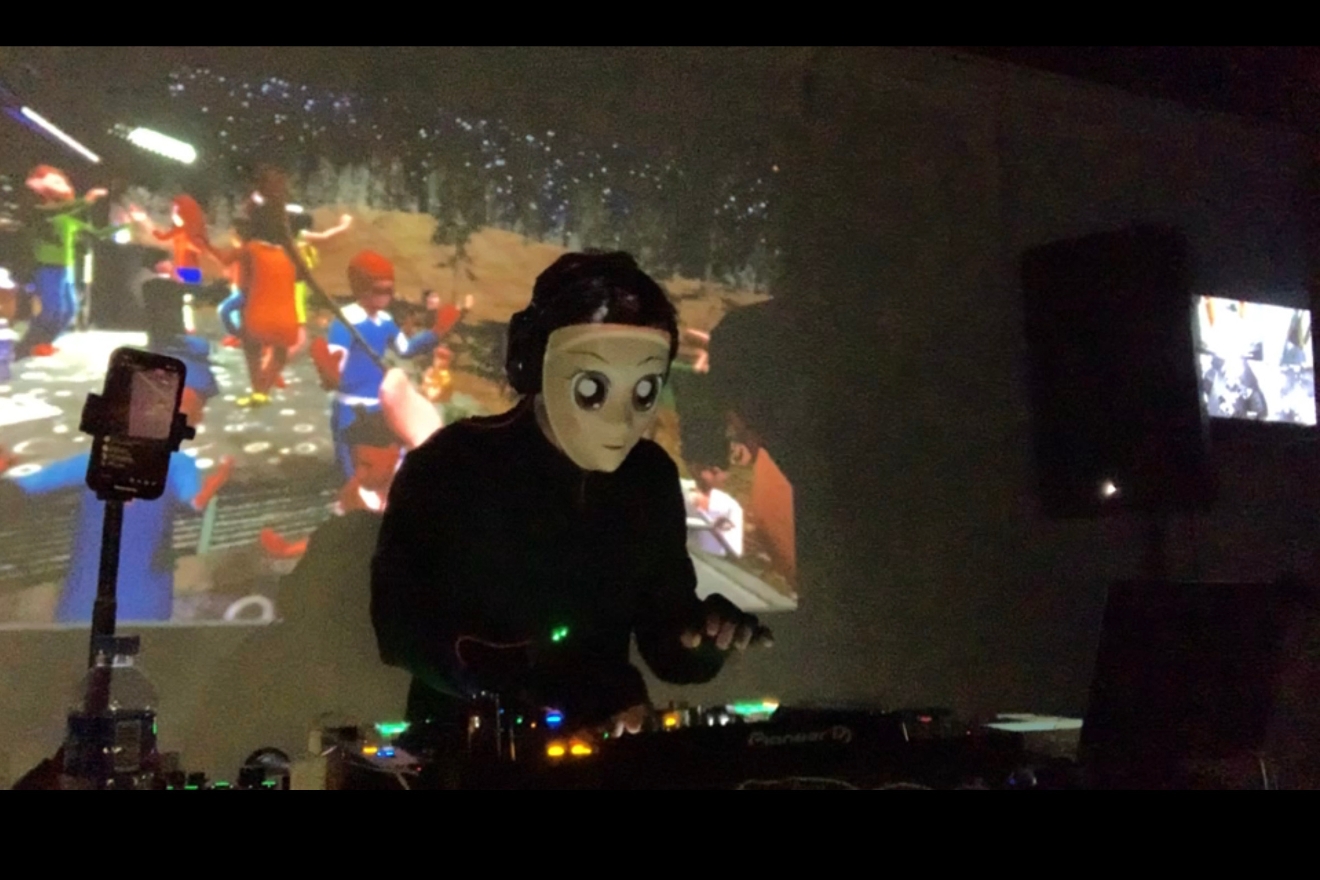 “It started off strictly as a music project,” Enso explains, speaking to Mixmag Asia, “I’d been making music for a while and in 2020, I tried this new music project called All Evolutionz.”

“The concept of All Evolutionz was meant to be something very different from what I’d always done. It was meant to just indulge in emo themes like love, loss, you know, those type of themes that are more universal.” 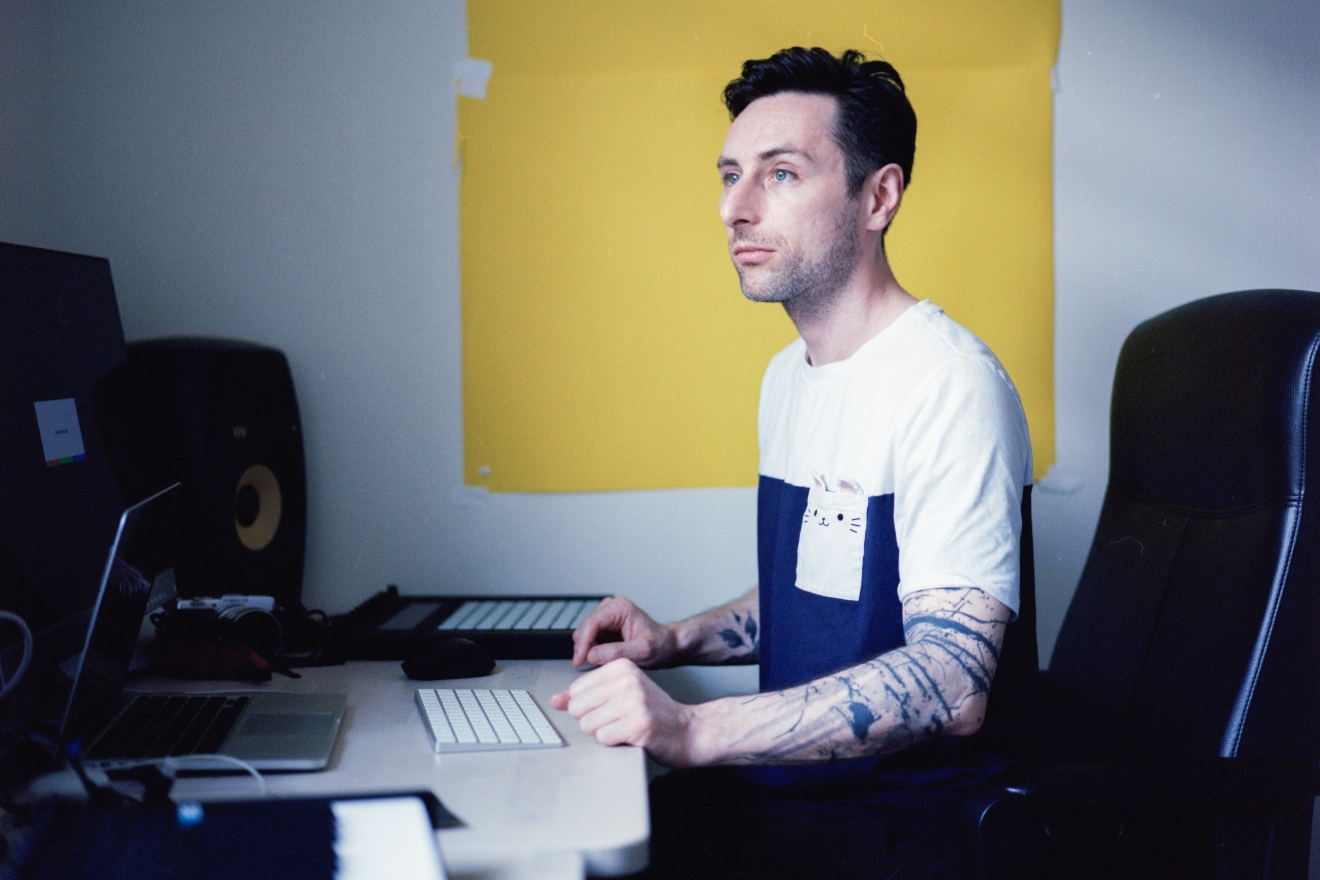 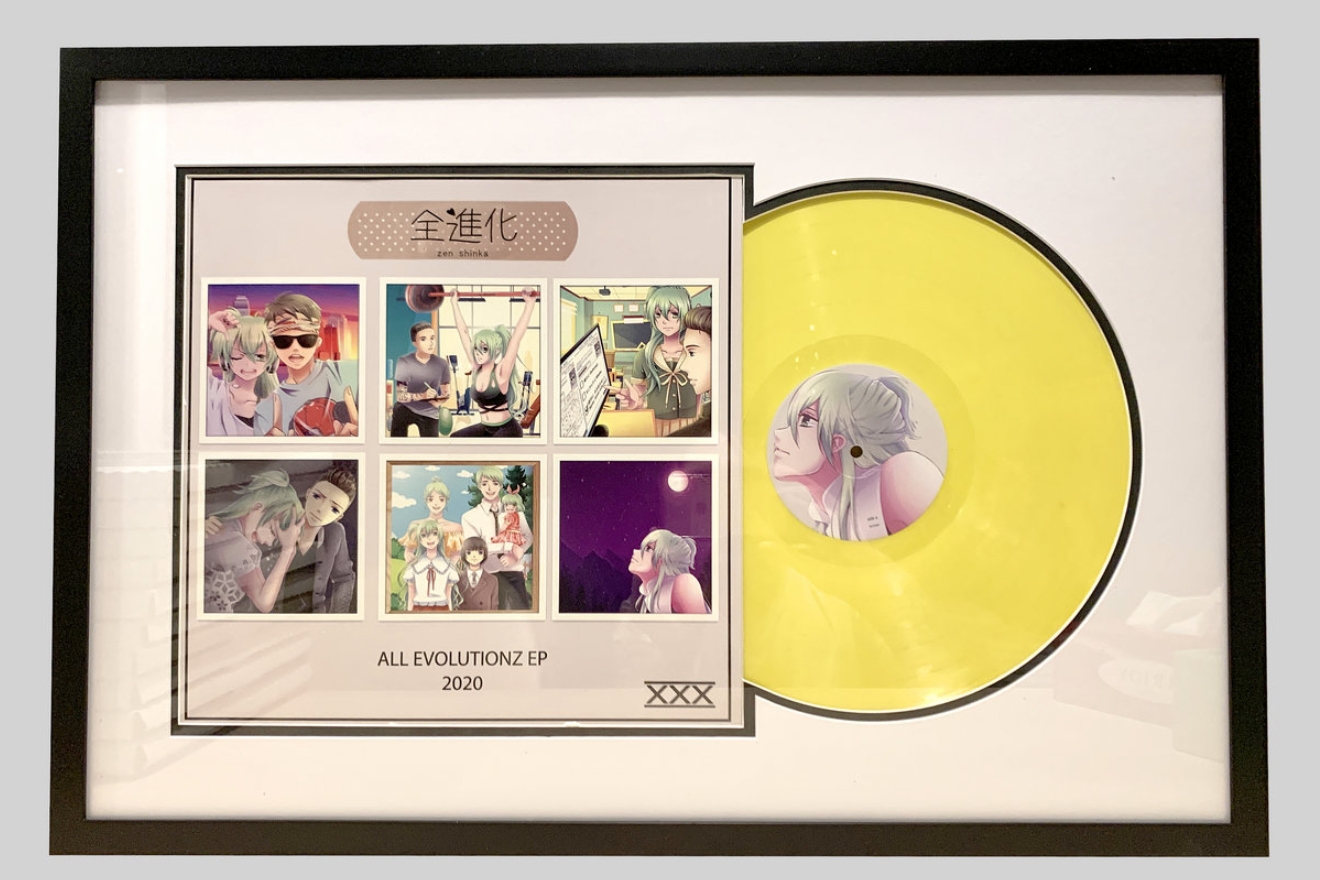 The project’s first outing was an eponymous six-track EP centred around Nana, a fictional green-haired Japanese singer in a band depicted on the artwork (by Daisy Chiu) in an anime aesthetic. A mixture of instrumental and lyrical tracks featuring female vocals, the EP was released in 2020 both digitally as well as via a limited vinyl run.

Considering Enso is normally known for spinning bass music, All Evolutionz was purposefully as different as possible: “I didn’t want it to sound like it was coming from me, so I wanted a female protagonist and I also liked the idea of changing languages, so that’s why it’s in Japanese. It’s just more layers away from me as a person, or as Enso as a producer. I wanted it to be separated in a way.” 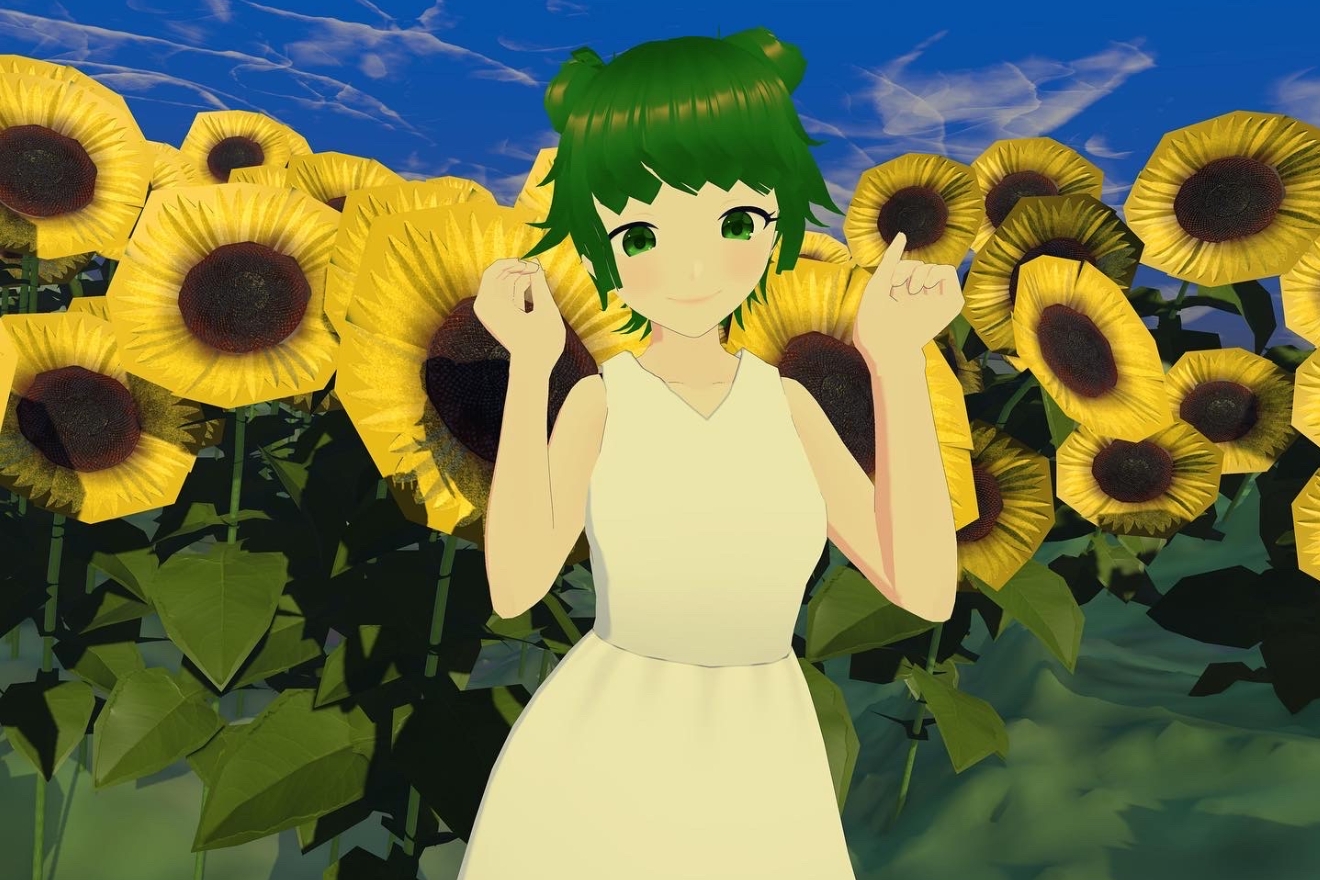 All Evolutionz has been tied up with technology from the outset. While Enso collaborates with a ghost vocalist named Yuuko for Nana’s songs in Japanese, he also relies on Vocaloid software to bring Nana’s English lyrics to life.

In 2022, when he wanted to make music videos for All Evolutionz, the difficulty in finding the right creatives to collaborate with and the sheer cost of hiring third parties to get them done led to a journey of DIY skill acquisition.

“I just decided to teach myself,” says Enso. “On a daily basis throughout 2022, I would wake up in the morning and think, ‘Wow, this would be cool. Let’s figure out how to do that,’ and through the magic of the Internet and I guess something about my personality to just obsess over something for the entire day or week or month, I was able to figure a lot of it out. Still learning, absolutely not an expert, but I can do what I need to do, which was the goal.” 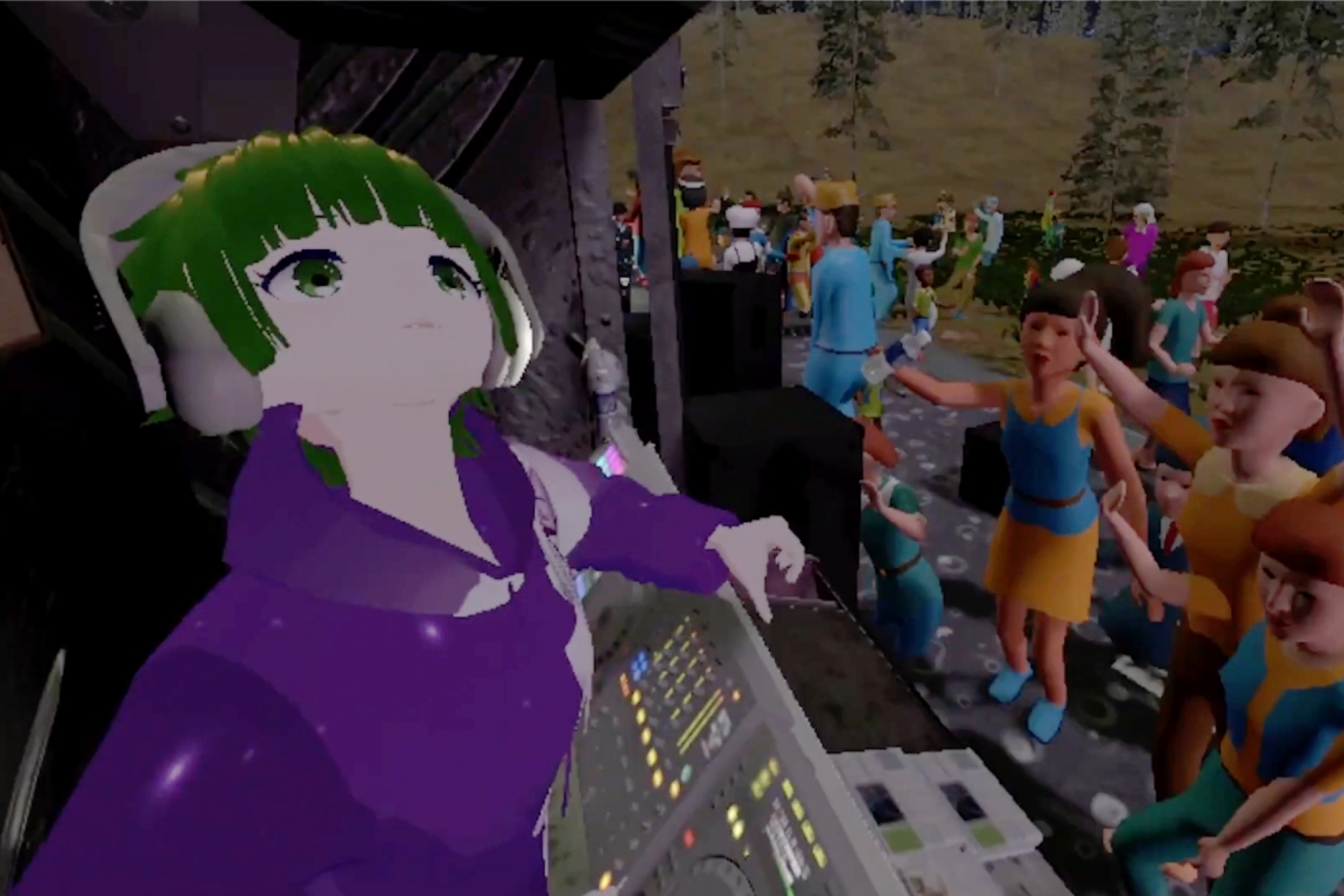 Among the things Enso taught himself how to do were how to use a Rokoko motion capture bodysuit, 3D animation software like Unity, Blender and VRoid, and how to integrate these various moving parts into making music videos, digital content, and a livestream DJ set-up that allows him to perform as Nana in real time.

This set-up can be transplanted from his home into any nightlife venue, as it recently was for All Evolutionz’s sophomore EP release party last November, where Enso/Nana spun J-pop and J-core, billed as “Nana AE” (AE stands for “All Evolutionz” and is also a nod to other virtual artists that use the suffix AI). 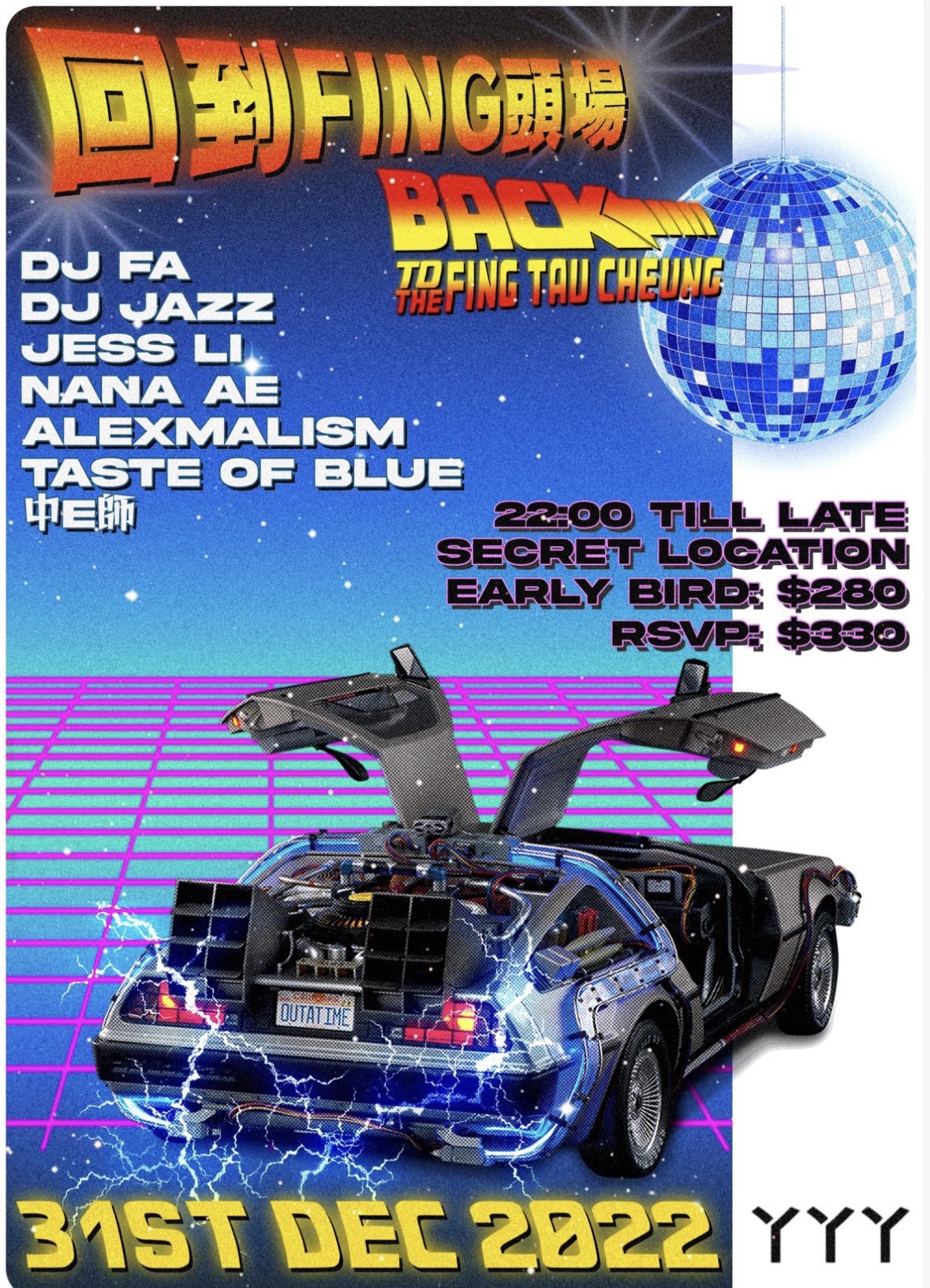 Along the way, the mythology around Nana has grown. Armed with his new arsenal of tools, Enso created an Instagram profile for her last year. Not merely a promotional portal, the account is run in the first person where “Nana” posts the kind of content that any other social media influencer worth their salt typically does: selfies, snaps with friends, clips from recent television appearances and DJ gigs – all whipped up digitally by Enso behind the scenes, sometimes using AI tools like MidJourney and DALL-E to help create content on the fly. 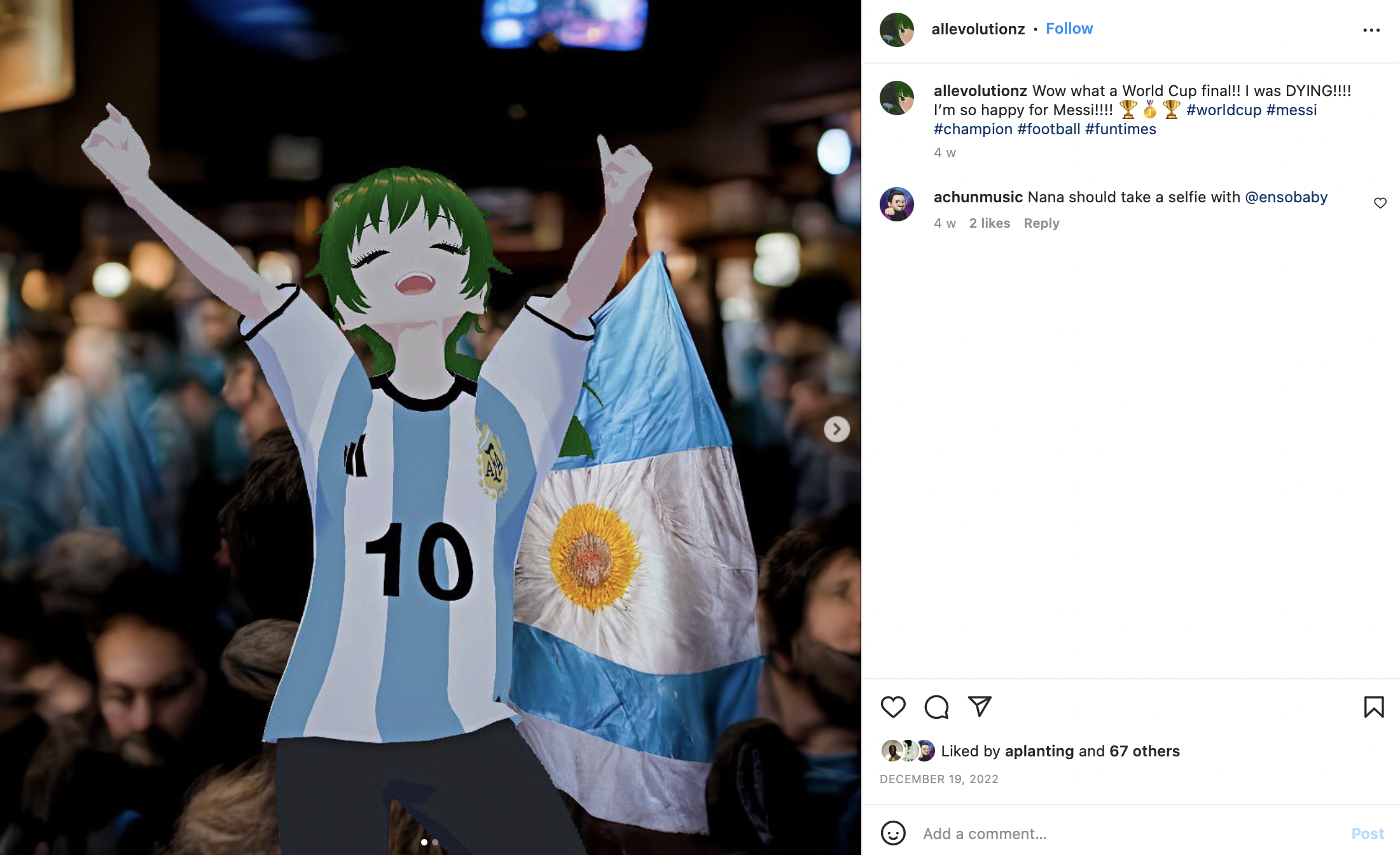 What is the meaning behind all of this, we ask Enso. “Ultimately what I’m trying to commoditise is intimacy,” he admits, referencing Chinese vloggers, whose activity is a partial inspiration for Nana.

Another inspiration is Asian celebrity culture. “The idea was to make her a virtual celebrity. [It’s] a limitless opportunity to just build a world around her and, along the way, take the piss out of the KOL world. [Nana’s Instagram account] is fun but ultimately that’s just all surface. The depth of it is actually, I hope, more interesting because there’s going to be a whole project around her backstory.”

Enso has big plans for Nana in 2023, some of which include exploring digital art and NFTs, getting her on the beauty vlogging train (her fans have asked for a makeup tutorial), recruiting more fans to sponsor avatars like “Sylvie” that interact with Nana’s world, and manufacturing figurines.

He's even toyed with the idea of buying advertising space on the MTR (Hong Kong’s rail network), inspired by how diehard fans and fan clubs of Cantopop acts have bought advertising space there and on the city’s buses and trams.

First, though, Enso will be building Nana’s backstory via a video NFT collection that explores core memories throughout her childhood – a project he likens to the 1998 dystopian comedy, 'The Truman Show'.

“It’s a little bit 'Truman Show', right? I’m trying to make her a completely public figure acting like people should care and because it’s virtual, I think it’s a little bit intriguing. I actually think the banality is just as exciting,” Enso enthuses. 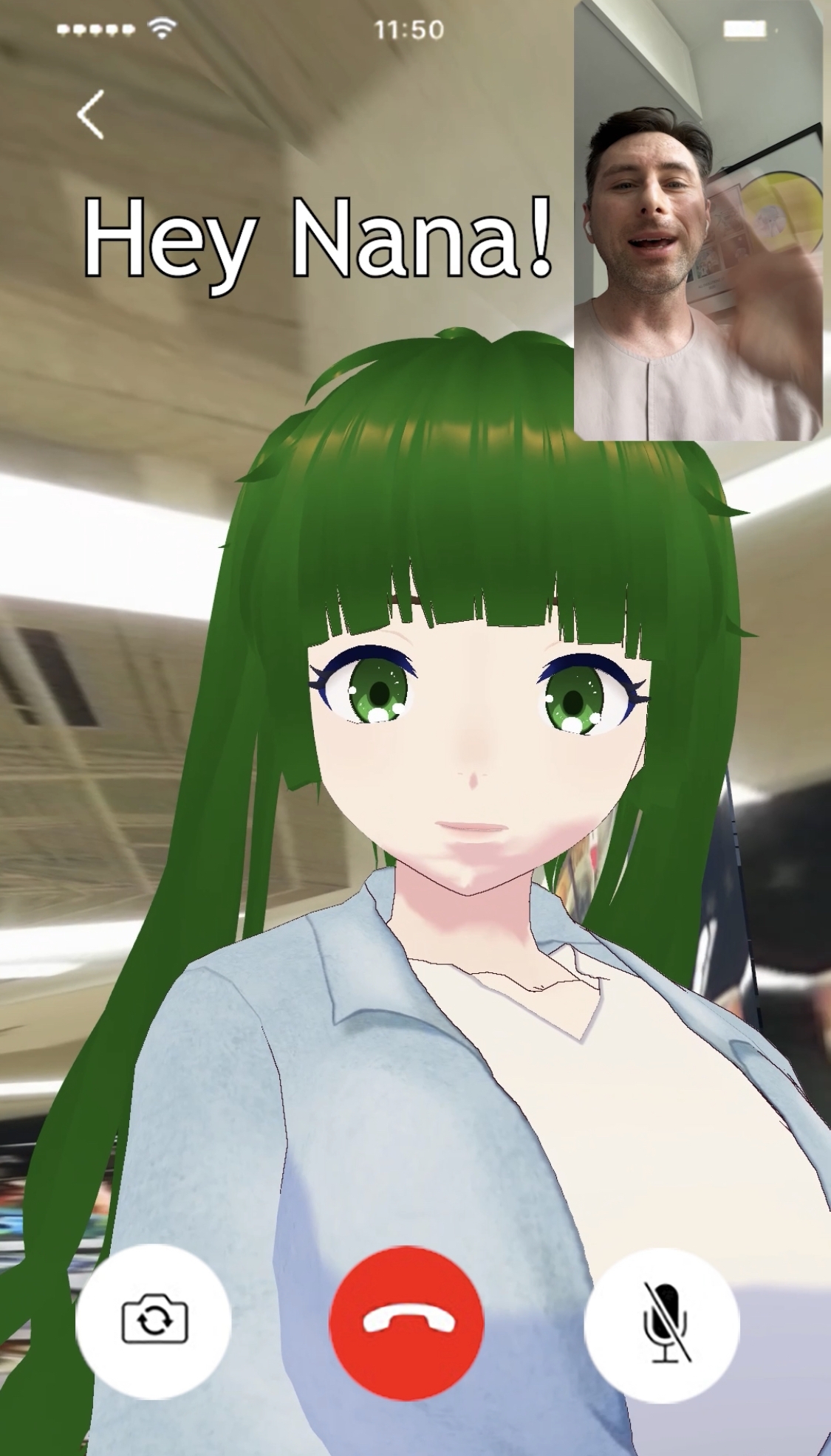 “So, you see Koneko or any of these other AI, virtual personalities and the exciting part about it is just the banality of life, like, ‘Woke up not feeling so good today. It’s okay, everyone has days like this. Take care of yourself, self-care day!’, you know? I think that stuff is funny, so there’s an element of satire but it’s not really all negative,” concludes Nana AE's creator.

We'll be presenting a video interview with Nana AE herself as a follow-up to this feature; stay tuned for it in February.

[Images by Enso and Freaks & Geeks]