Animal Crossing: New Horizons. Even if you’re not playing it, chances are you know somebody who is. Last month, Business Insider reported that sales of New Horizons, the fifth and latest iteration of the Nintendo title, had eclipsed the lifetime totals of previous Animal Crossing games with over 13.4 million units sold in its first six weeks, representing the biggest launch in Nintendo Switch history. Whether that’s because the game's March 20 release serendipitously coincided with the beginnings of global lockdowns from COVID-19, or simply because new features of the game mean that it is perfectly primed to leap out of the gaming world to intersect with other consumer industries (more on this later), one thing is certain: New Horizons has propelled the franchise to dizzying new heights in the popular cultural stratosphere.

Falling somewhere in between the “social” and “farming” simulator categories, Animal Crossing: New Horizons revolves around harvesting natural resources that magically regenerate every few days in order to develop a deserted island into a paradise of your own imagining. It’s a cycle that proves highly addictive (I’m speaking from personal experience here), with each day bringing fresh dopamine hits as you collect goods and in-game currency with which you can build, buy, gift or trade items with.

For all its childlike innocence, however, Animal Crossing is nonetheless haunted by capitalism and conspicuous consumption, as Ian Bogost notes in his excellent article in The Atlantic which deconstructs some of the game’s potential political and economic nuances. Indeed, New Horizons hilariously incorporates features familiar to our late-capitalist sensibilities. Firstly, the need to secure extortionate, albeit interest-free, loans to increase the size of your character’s home, or to develop infrastructure on your island. And secondly (bordering on the truly absurd), the ability to take advantage a fluctuating stock market involving the buying and selling of turnips for profit. Across the internet, websites, tutorials and forums have proliferated in which players share tips and resources on the path to Animal Crossing riches; head to Forbes, for example, where you can learn all about the Turnip Calculator or Turnip Exchange websites.

Perhaps the most conspicuous element of New Horizons, however, has been its new customisation feature — a first for the Animal Crossings series. Users are now able to design, upload and share customs patterns for in-game textiles, landscapes, furniture, or clothes. As the game’s popularity has soared, fashion brands have been quick to jump on the Animal Crossing viral bandwagon, with labels such as Valentino and Marc Jacobs officially publishing custom content codes, and even hosting digital fashion shows in lieu of those cancelled due to coronavirus. And that’s not even getting started on the tsunami of bootleg content ripping intellectual property from high fashion, high street and streetwear labels — many of which are being chronicled on popular Instagram accounts, such as the Animal Crossing Fashion Archive. 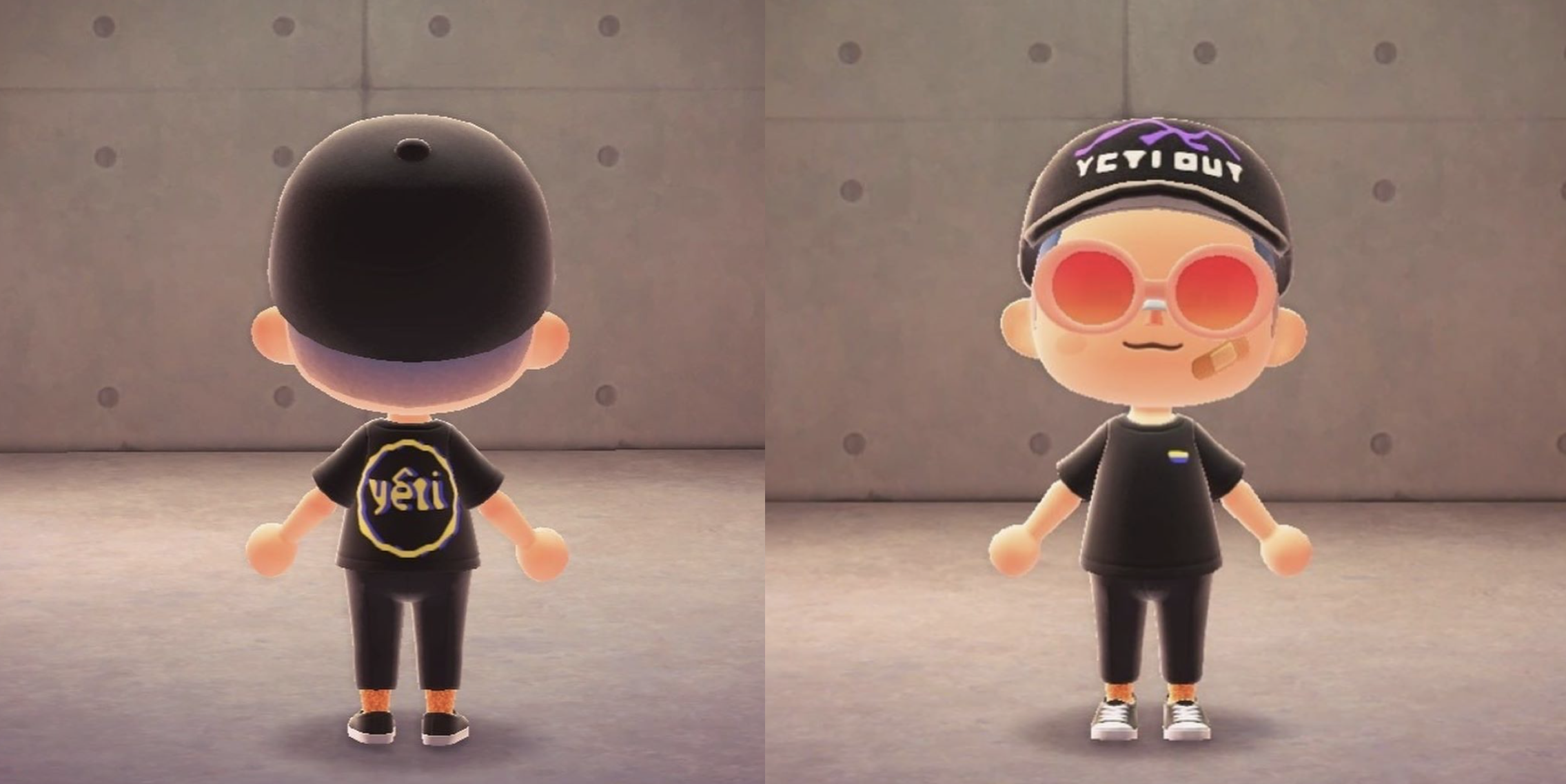 Between hanging out with adorable anthropomorphised animal neighbours, cultivating and collecting tropical flora and fauna, or flexing customised merch, it perhaps comes as no surprise that one of the most fascinating aspects of the game has been largely overlooked: the music. I’m not talking about the soundtrack of New Horizons that runs in the background while you play, but the in-game music. Let me explain… In film music studies, scholars draw a distinction between diegetic and non-diegetic music. Diegetic means that characters in a film (or game) can hear the music: think of Uma Thurman and John Travolta’s characters dancing together to Chuck Berry’s 'You Never Can Tell' in Pulp Fiction, for example. Non-diegetic means characters can’t hear the music, like 'The Imperial March' playing during Darth Vader’s entrance in The Empire Strikes Back.

In Animal Crossing, the diegetic music is all courtesy of an NPC (non-playable character) named K.K. Slider. He’s a charismatic white Jack Russell Terrier who is a celebrity in the game and a prolific musician, to say the least. K.K.’s catalogue is vast, with almost 100 different singles for sale in the game, although only one release is available per day. Each record is in the style of a major genre of music and, much like elevator muzak, the tunes are simple and child-like — pastiches that essentialise diverse global and historical styles. From ragtime and jazz, to calypso, bossa nova, rock, classical and beyond, these tracks and their album art delight and amuse in equal measure. 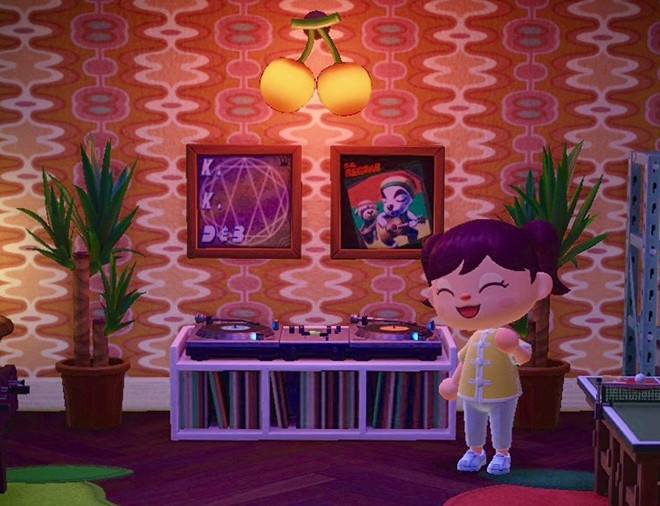 As a millennial, the experience of waiting for a new K.K. record to be available on my island, ordering and excitedly receiving it in the mail the next day is probably as close as I’ll ever get in 2020 to what previous generations of crate-diggers experienced for decades. Once the records arrive you can either display them as art on the walls or surfaces of your home, or play them on a variety of devices, including retro record or CD players, turntables and mixers, or Hi-Fi systems.

There are 96 different K.K. tracks in New Horizons, each in the style of a different genre. They are not sophisticated or authentic interpretations, per se. Instead, the compositions are humble and caricature-like; production-wise, the timbres and aesthetics sound homemade, as if produced on the kind of all-in-one keyboard synthesisers that children play with. The result is perfect for a video game, and is perhaps meant to subconsciously recall the music of earlier Nintendo releases that so many of Animal Crossing’s adult players will have grown up playing.

So, without further ado, here are the top ten K.K. Slider tracks that resonate most with dance music culture. The first five are recognisable as dance music genres, while selections six to ten represent important styles that preceded, influenced and gave rise to electronic dance music. 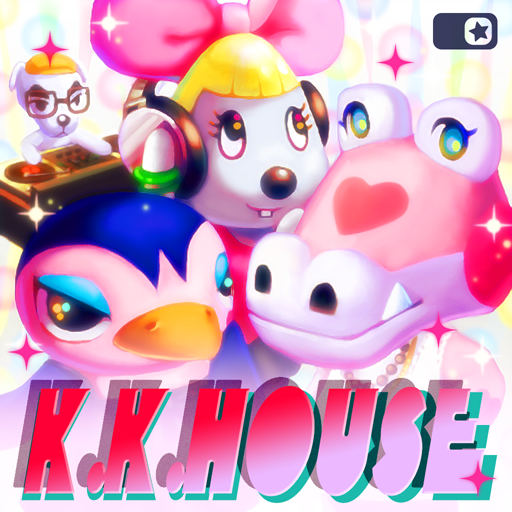 Clocking in at 125 BPM, K.K. House fits the bill for tempo and vibes as a throwback to old school house with its four-to-the-floor kick and snare pattern, funky disco bassline and Italo house piano breakdown. For the verses, enjoy the blues notes-filled melody carried on the lead synth in possibly the catchiest and most listenable of K.K.’s tunes. 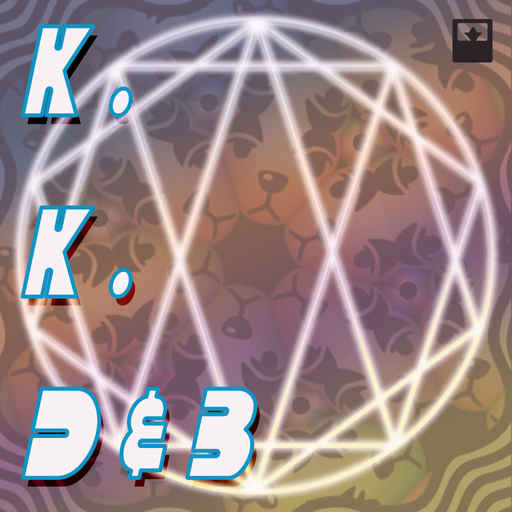 The nostalgia of K.K. D&B doesn’t stop at its geometric album art. The track, which runs at 152 BPM is more reminiscent of early jungle than contemporary drum 'n' bass with its slower tempo, pitched snare runs and Planet Rock-esque stabs in the breakdown. Be sure to check out this fan-made remaster which includes the two-step pattern that’s missing from the original, while adding more drama and punch to the other melodic elements. 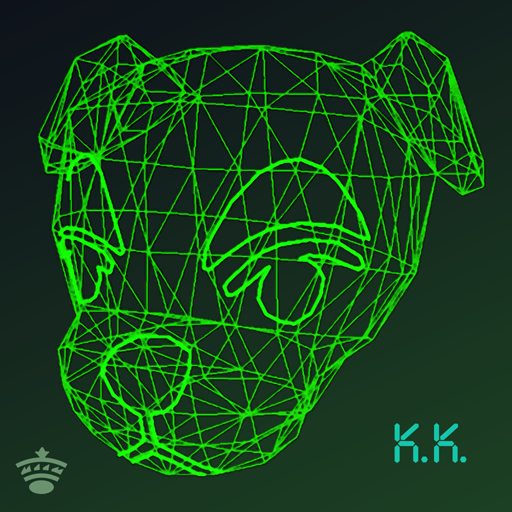 With an infantile interplay of staccato synth hits that bounce around like ping pong balls as this track’s main hook, K.K. Technopop’s edgiest feature is definitely the artwork. If you pay attention to the pad that plays in the breakdowns before the beat drops, you’ll notice that it was sampled in K.K. D&B – now we’re getting meta. 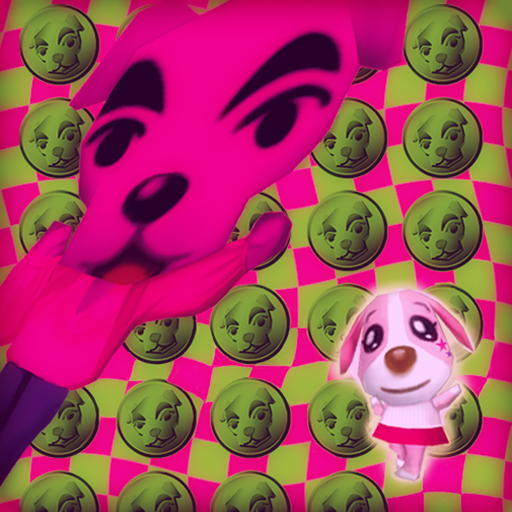 The fastest track in this selection, DJ K.K.’s highly suggestive psychedelic artwork (look at those stamped, shall we say… circles…in the background!) is definitely a trip. Unfortunately, DJ K.K. is a bit on the annoying side beyond one or two listens, which can be attributed to the its sickly-sweet melody lines and relentless alternating bass and kick that border on hardcore Gabber intensity. 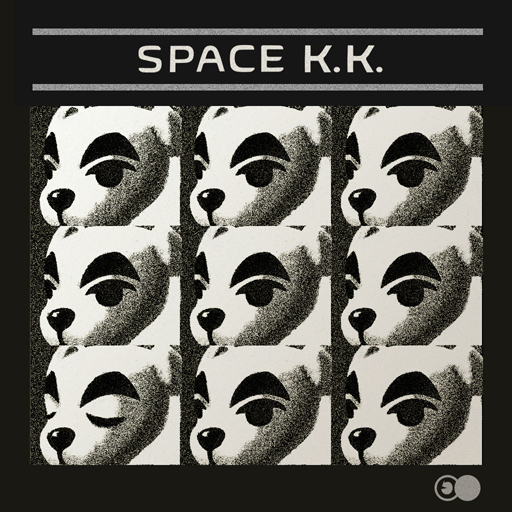 The sparsest arrangement of the lot, Space K.K. is constructed from a repetitive two-chord figure in the bass with a staccato lead once again making an appearance in the treble. Reverb and delay are applied to this staccato melody as the track progresses before the cycle repeats itself. At 99 BPM, it veers more towards the ambient, experimental side of the electronic spectrum, with austere and headsy artwork to match. 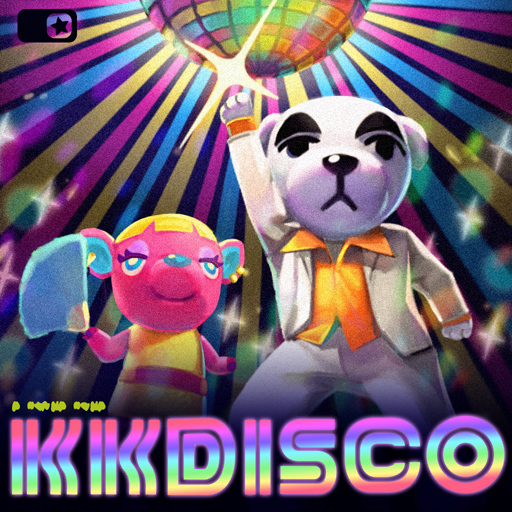 In competition with K.K. House for catchiest K.K. track, K.K. Disco could give Daft Punk a run for its money. As if the Saturday Night Fever vibe K.K. Slider is rocking on the cover isn’t cute enough, the contour of the melody is very reminiscent of Chaka Khan’s 'I’m Every Woman', making it endlessly hummable. Remix version, anyone? 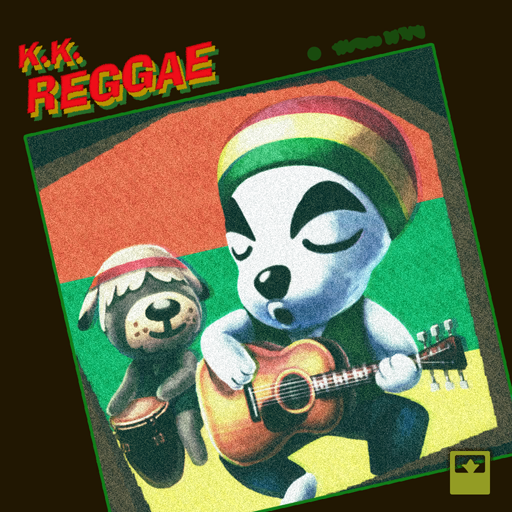 Skanking on beats two and four, K.K. Reggae is one of two tracks in this selection where you can hear the dog’s voice (or in this case, his “woof”?) singing along with the melody. Each phrase ends with a flourish on the conga and a dub fade out applied on the synth chords, giving a true Jamaican flavour. 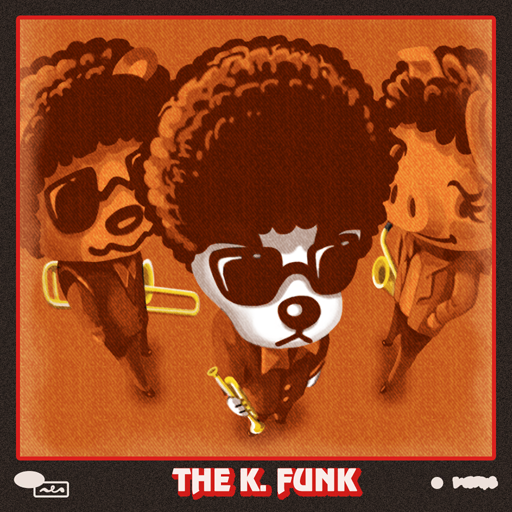 The K. Funk delivers on the coolness advertised on its cover, at least on an Animal Crossings level, that is. The drums and bassline are tight, and if there was a Guy Ritchie-directed film of Animal Crossing, this track — with its funky interplay between brass and beats — would have to be in it. 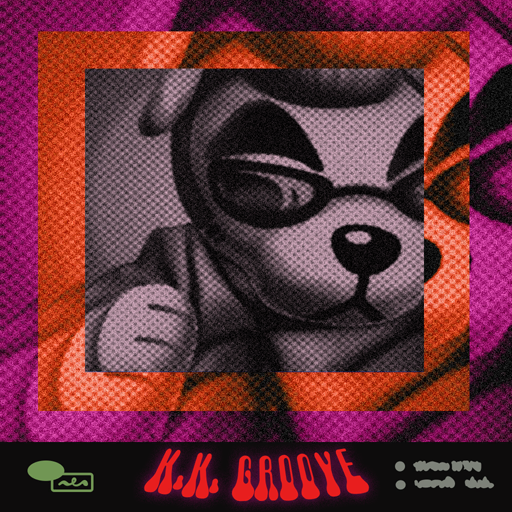 Syncopated to the max, K.K. Groove also features a wicked brass section that plays around throughout the track in a playful call and response. And then, there’s that drum break that’s begging to be sampled. Groovy… 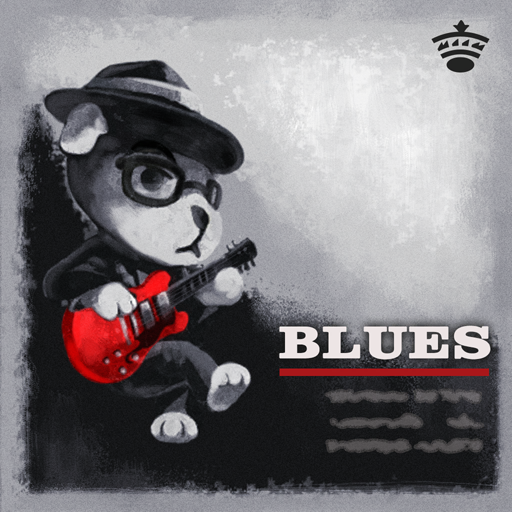 Built on a classic twelve-bar blues structure, K.K. Blues’ instrumentation is simple: bass, guitar and voice. With short, dry guitar chords and a traditional “walking” bassline, the melody takes precedence with K.K. on whistling duties. It is the last, but certainly not the least: blues music is the oldest black genre interpreted by K.K. Slider in this list, having emerged in the American South in the late 19th Century, which means that all of the styles covered above can be traced back to the blues, in one way or another.

At the moment, K.K. Slider songs can only be accessed by playing the game, or through finding uploads that risk being taken down at any time on YouTube (note that the versions discussed in this article are the “aircheck” versions for sale in-game, as opposed to the “live” versions K.K. Slider performs when he visits players’ islands, so keep that in mind when searching).

What’s next for K.K. Slider? What if Nintendo uploaded his catalogue to Spotify and other streaming services and K.K. took on a life of his own? What if leading industry producers and musicians were brought in to do an official remix album? What if K.K. Slider could then tour as a holographic concert performer? One can only dream… but in the meantime, I’ll be chilling on my virtual island.