Impact is a series dedicated to profiling raw talent that's about to turn dance music on its head. Next up: Mija

You know Mija, born Amber Giles: perhaps it's her head-turning, brightly coloured hair, her nonconforming punk-inspired style or a DJ set of hers that showcased her versatile, genre-defying musical tastes.

She first broke into public recognition in 2014 after playing a now iconic sunrise set at Bonnaroo, an annual Tennessee festival, with none other than OWSLA head honcho Skrillex. She'd only previously met the top-tier tastemaker after booking him as a local promoter in Phoenix, Arizona where she was formerly based out of. Mija was then pushing a just-burgeoning DJ persona, so in a life-changing moment, Skrillex jumped on to play a spontaneous back-to-back set with her before she was nearly nixed from the line-up entirely. Later on, they reconnected and played again together at Burning Man, thus solidifying Skrillex's powerful stamp of approval on her skyrocketing career.

She's since broken past being simply labeled a "Skrillex protege", going on to stand her own ground as a tasteful and brazen selector. Originally rooted in house and techno tastes, she's since broadened her sets to return full circle to her drum 'n' bass and bass-inspired sounds, playing at 160 BPM and above on a consistent basis.

Not one to be boxed into any one genre or role, Mija has continued to develop her DJ style while juggling her own fresh fashion line, exploring new mould-breaking events and tour concepts and working hard on rare, but exciting new originals, a few of which she's finally ready to unveil in her exclusive Impact mix. Check it out, including an exclusive Q+A, below. 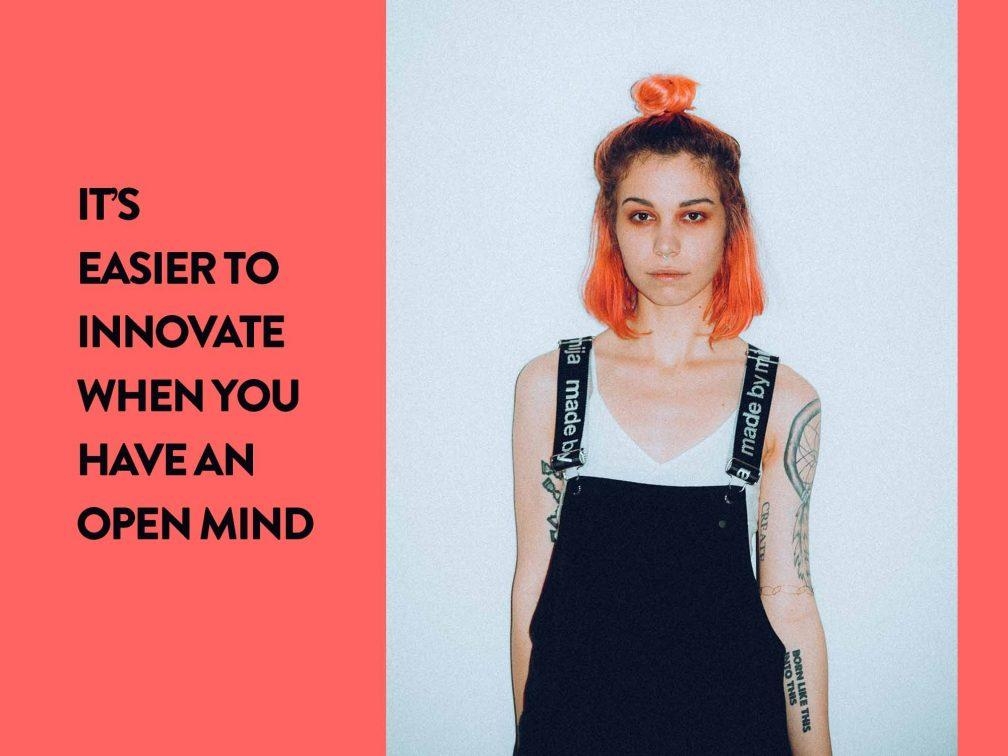 As of late, your tour schedule has been wild. Tell me about some of your favorite places you've visited recently.

Asia is always one of my favorite places to go, especially Japan. The culture there is so different than it is here and everybody is so friendly. Kids are excited too, in general. Asia is growing so much. The other place that’s my favorite is Mexico City. I’ve been there twice now, but last time I did a club and a festival and I got to actually hang out in the city and explore a little bit, and my god, they are way ahead of the curve. They have great taste in music and their youth culture is thriving.

Asia is a little more EDM still, but that’s only because they only started hosting massive festivals. Before there were weird restrictions on dancing at music festivals and all sorts of stuff, but their level of excitement is insane. And Mexico City is totally mature, taste wise.

It’s easy to see your love of Asia. It seems like your style and vibe totally fit there.

I go to Asia and feel like the level of excitement they have. The way they love really fast, cute music brings me back to when I was a kid listening to happy hardcore, just really fast four on the floor, cute chipmunk noises. It makes me feel nostalgic when I go there and play for them. Everything in Japan is so cute!

That’s sort of surprising, since a lot of your style - both fashion and music - seems very punk.

You know what, though? Happy hardcore - to me - is punk. Back in the day, that was the underground music that we’d listen to, especially in Phoenix. To me even happy hardcore felt very punk rock and rebellious. All of our parents were like, “What the fuck are you listening to, this isn’t music.” It kind of coincides in that way. The way I grew up, the way I do things is a little more punk rock, the way I create things. So they might seem very different, but they have a lot of similarities.

What did you grow up listening to?

I grew up on punk music, like metal. That’s what my family listens to, a lot of ska and punk. I started going to raves when I was 15, so I was definitely still a child. I would listen to happy hardcore, drum ’n bass, all the bass music. That was a part of my childhood.

When did you turn your love of music into an actual DJ career?

It started out as a hobby for me. I was 18 and started playing some shows, some raves, house parties and what not. I was going to school and working my first job out of high school at this power and electricity company in Phoenix, which was very boring. I absolutely hated my life while I was there. I was trying to figure out any other possible way to make money without sitting in a cubicle all day, so I started doing other gigs like working little fashion shows in the mall, or outside of parks and in store fronts, or in hotel lobbies. Once I started getting gigs, like at the Sheraton Hotel, that was enough money for me to drop out of school and quit my job and DJ full time. Even then, when I was DJing full time, my career goal wasn't to be a touring artist. I was just trying to figure out how to make money by playing music for everybody.

You've come a long way from hotel gigs. You recently had two sold-out "Glitterball" shows in Los Angeles and New York, one of your newest themed events. Tell me how that came about.

The Glitterball concept is kind of funny, how it all came about. We were picking a couple different cities to do residencies in and New York was one, and the first show was House of Yes. We thought since House of Yes is kind of a legendary place, we wanted to do something with a theme that was cool. I have a somewhat recent and random obsession with glitter, so my manager just said, “Glitterball!” and it was perfect. We made a flyer that day, did an announcement two days later and it almost sold out on the first day. We were like, “Wow, people really like glitter.”

So it came from an organic love of glitter.

Exactly. I went to a party in Brooklyn a few months ago - a disco party with Arman Van Helden and Giorgio Moroder - and when I walked in they put glitter all over my face and I swear I didn’t take it off for like, a month. I never went through a glitter phase when I was a kid, until now. 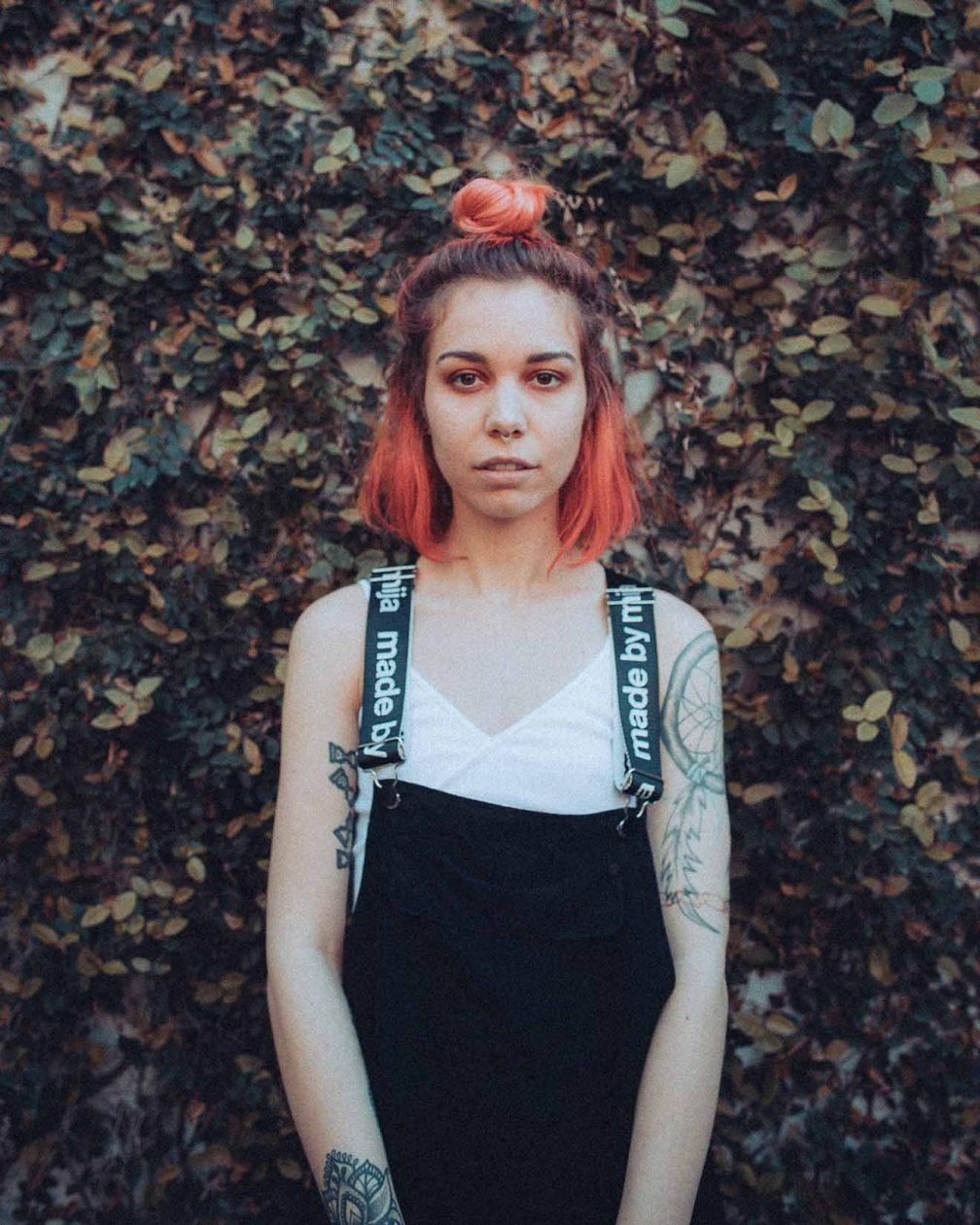