Asia’s electronic music domain has been a hotbed for groundbreaking acts, events and movements over the last few years. While some of these can be seen as generic and close to cookie-cutter recipes for success in the music biz, others are community-driven, politically aware and uncompromising of creative honesty. But treading that fine line between the two far-ends is not so easily attainable, and this a notion we’d happily like to be proven wrong about.

Fine-tuning the crosshairs while focused on Southeast Asia, it’s easy to see that all eyes are acutely focused on Vietnam’s young, barely-tampered and blooming electronic music scene. DJs are making entrepreneurial moves with the domestic music community in mind; clubs are upholding music policies. and promoters are exposing the beauty of Vietnam’s stunning landscape through conscience-driven festivals. All while young producers are soaking in the steady rise and relevance of electronic and dance music — the spectrum of musical output across the country ranges from accessible tech-house and EDM to UK-garage influences, big room and minimal techno.

There is, however, a gaping element in Vietnam’s nightlife spurt, for independent and homegrown record labels — the kind of label that should act as both aggregator and safe-space zones of creativity for avid producers to step into the light. 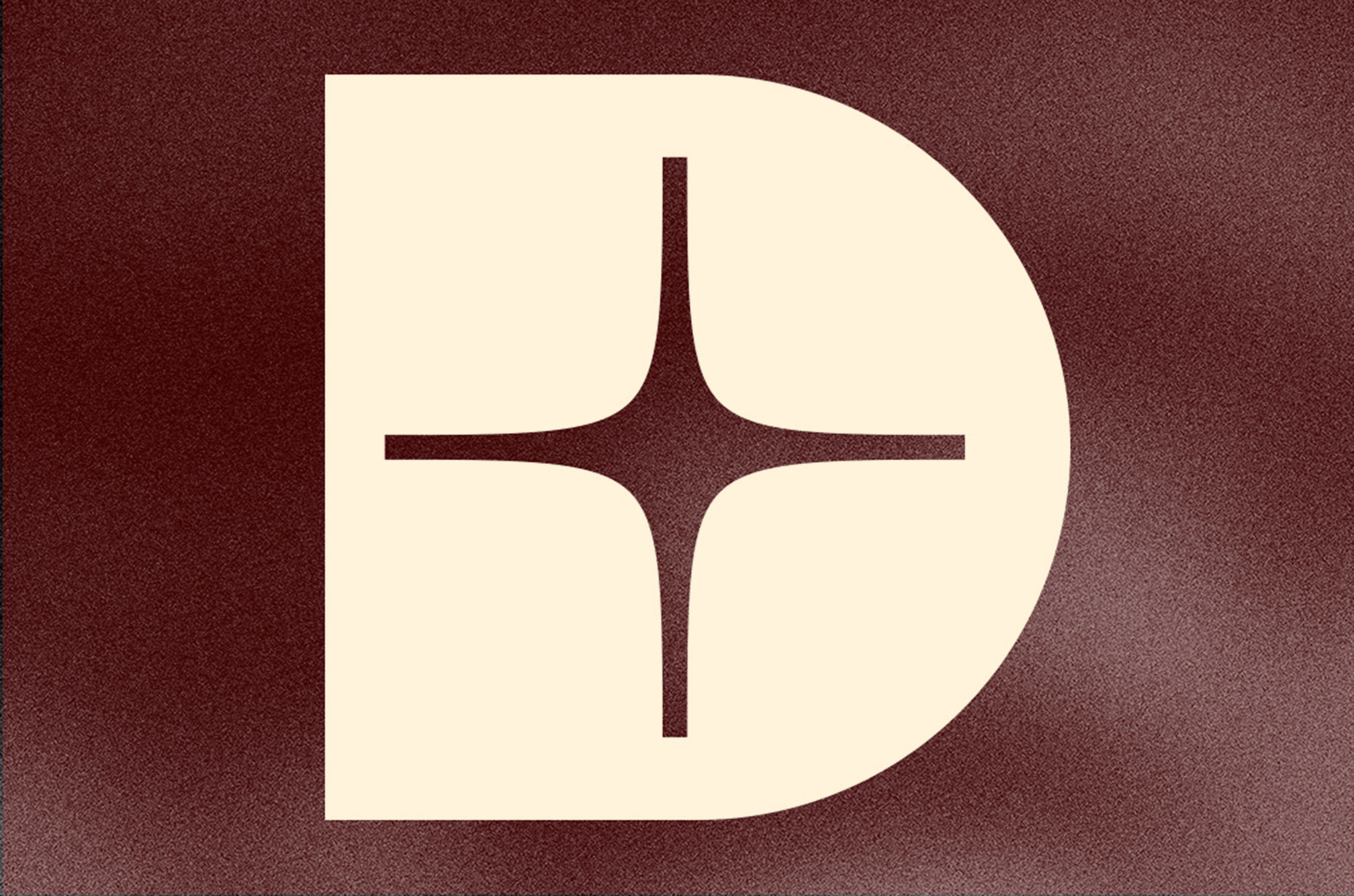 One such young label belongs to a club owner, DJ, producer and all-round propagator of Vietnam’s scene, Dustee, who launched Dusted Recordings with his team of local and like-minded dance folk just about a year ago in 2019. The motivation was simple — to serve his country and community through music. Explaining to us about the lack of label outlets geared at the club scene, Dustee tells us, “they haven't got a home where they can share their love for music, a team to assist them in releasing & promoting their music internationally and to consult for their musical orientation. That is what motivates me to bring Dusted Recordings to life after years of establishing a vision for it.”

Quality in production was a benchmark from the start, “we’re still sticking to that philosophy”, Dustee states. The first release of the label was a collaboration with fellow producer DSmall entitled ‘200k’ — it was a direct attempt at touching the epicentre of their community around the Hanoi club 1900 Le Théâtre. ‘200k’ used vocal sampling that was extracted off the popular 1977 vlog, a locally produced video channel that went viral for it’s videos of classic Vietnamese literature. “We wanted to make the track more culture-friendly to Vietnamese audiences, while the overall vibe of the track is tech house, the global music trend at that time.” Prior to that first release, Dustee road-tested a previous collaboration with the prominent artist of the moment, Touliver, which paved the way for a new journey ahead under Dusted. 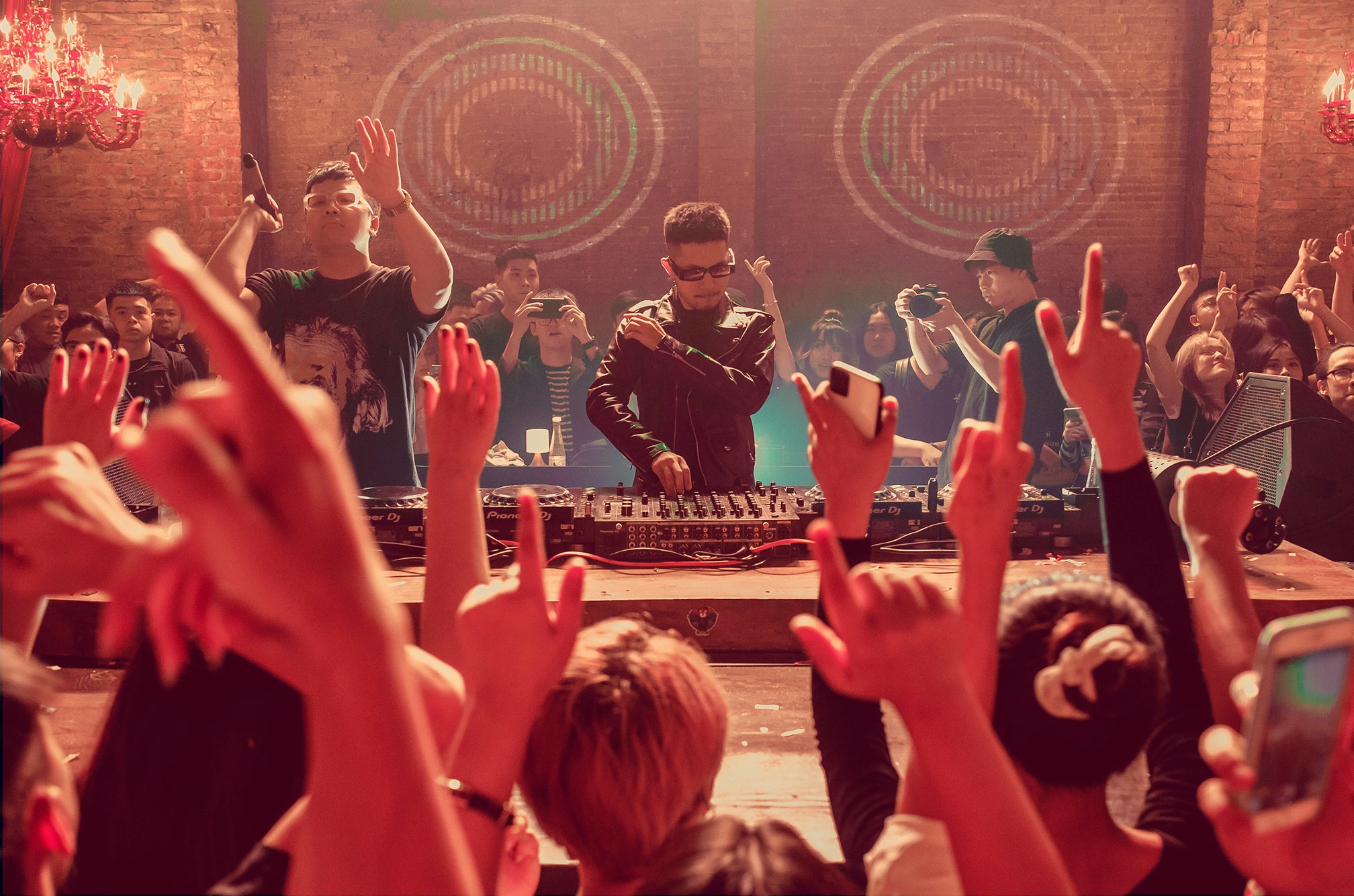 The Hanoi-based imprint runs an in-house artist roster that is nurtured through their label nights and of course, their releases. At the same time, Dusted keeps its inbox open to demos from guest producers, which Dustee excitedly comments on, “I’m very happy to receive more and more demos from local artists submitted to the label lately and I’m overwhelmed by the creativity as well as the skills they have at such young ages.” When it comes to their rostered releases, the label members all jump in and get involved in each other’s processes, offering improvements and sharing fresh ideas to achieve a unique collaborative product. Dustee elaborates, “the current label family includes Touliver, NgoKien, Dsmall, Duy Tuan, Get Looze, GLG, Kodeine, Nimbia, Monotape and Steji. We recently released ‘K-Airlines’, a great track from Teddy Doox and Minh Phong. Sometimes, one idea is executed by different producers and we’ll release an EP for that idea alone.”

Let’s take a look at the impressive discography they’ve successfully grown in just over a year.

To summarise their discography, it’s obvious that the releases have a story and carry a meaningful attachment to Dustee and his team, and he explains, “we’re trying to infuse the cultural factors, viral phenomenons among young people into the tracks to make them more appealing to the general audience. So sometimes ideas which are inspired by those trends hit us, our producers have to speed up the process of production to take advantage of the virality. But we still put quality first when it comes to a release.”

Vietnam’s scene is young, but that’s not to say that there isn’t a growing sense of maturity being fostered. The label itself could still be considered in its infancy, but with so much commitment and energy being poured into it, it’s only a matter of time before regional, followed by international, collaborations are on the way to pinning local artists on the global map. It’s clear they’re taking a grassroots approach that touches on synergies of the local culture that they embrace so proudly.

“I’m an open-minded person who is always fascinated by musical and cultural trends and I want to promote those trends to the local scene as well as introduce Vietnamese music and culture overseas. But it takes much more than just myself to make it possible. That’s why I try to encourage and to support local artists to do so with all the experience, tools, facilities and connections that I have after 20 years working in the nightlife scene of Vietnam. And I’m happy that Dusted Recordings are on track of that vision.“ 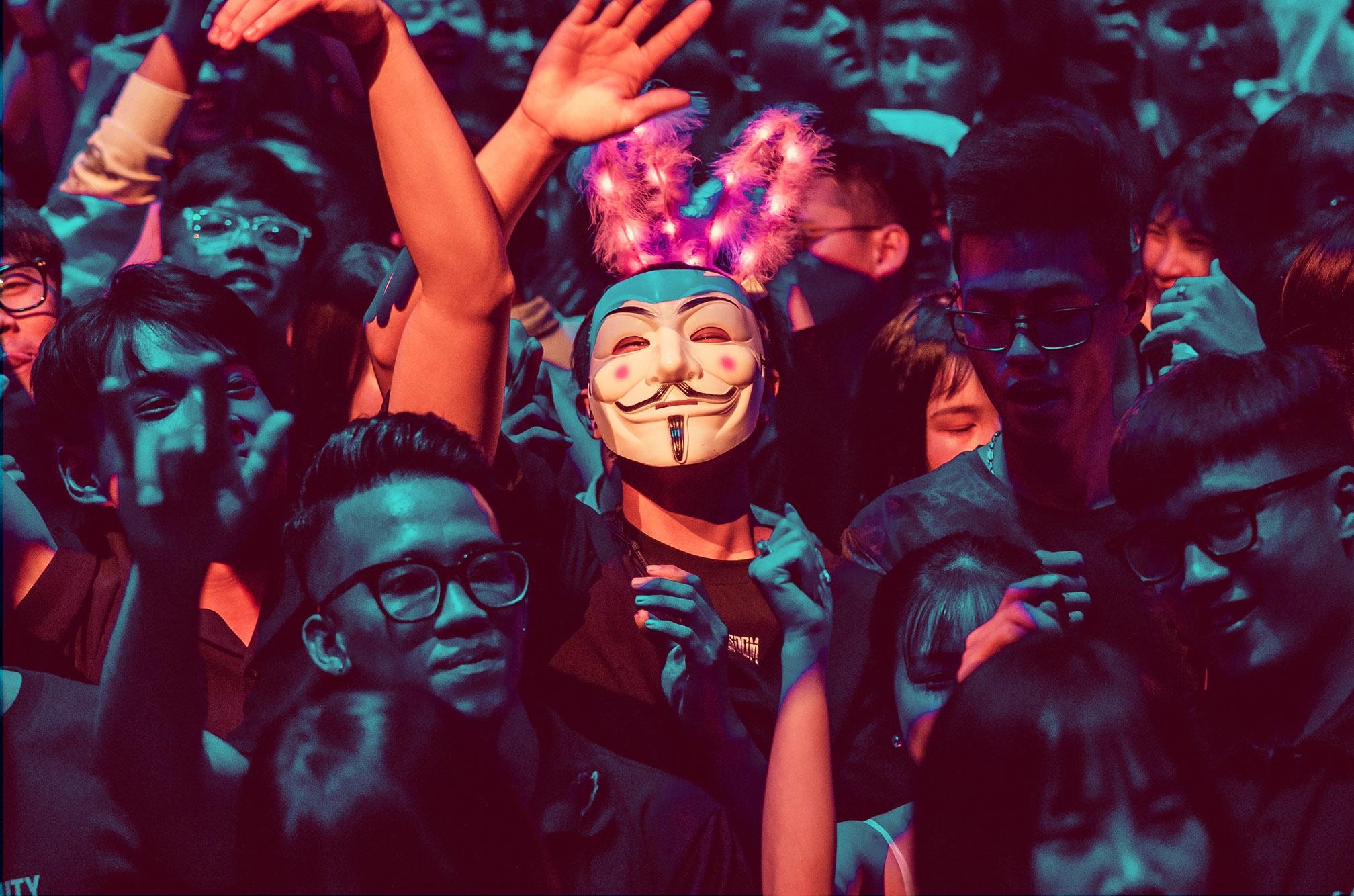 Now that you’ve explored the diversity and range of sounds the Dusted team are churning out, we already have a slight insight to what expect on their famous label nights, regularly hosted at one of the country’s biggest clubs, 1900 Le Théâtre in Hanoi. Dusted Night has a double-pronged strategy — 1. Showcase. 2. Scout.

The showcase is exactly what it sets out be like for more other labels, where Dusted artists are the headliners and taking reign of the stage, presenting their latest arsenal fresh from the studio. The limelighting is a huge educational factor in elevating the prevalence of homegrown talent, and not just keeping that space for international touring DJs. 1900 Le Théâtre is also the chosen venue in Hanoi for Mixmag Asia’s Resident Revival events — a cross-branded club night that shifts focus to a resident DJ of the club instead of on a guest DJ or an offer for a VIP table. It’s about the resident DJ, and nothing but the resident DJ.

The second scout strategy happens simultaneously to the showcase, and unknowingly. It’s the open and receptive nature of the Dusted crew that really make it inviting for local artists to pass over a CD or USB with their demos, or just to even have a moment to chat to one of the guys before or after their set. More importantly, the night itself does the work for them in the sense that, as Dustee puts it, “Dusted Night is an opportunity and a reward to motivate new producers in Vietnam to strive for signing with our label. Artists performing at Dusted Night also get sponsorship to produce a live video of their new tracks and got a huge marketing support from 1900 and other music media sites. It’s a strong push for the artists and their brands.”

Which leads us to their current and most recent project under the Dusted flag — Dusted Nation. Essentially, it’s a livestream platform for the label crew and their guests, but with some serious investment on the technology side of things. They’ve partnered with state of the art video production teams, as well as local director Tuan Saker. The videos are fully edited films that include nightlife and abstract visuals, city scenes, cuts from the streamed DJ set and a bit of a party vibe thrown in for good measure. Dustee fills us in on the programming, “each episode will feature one artist showcasing not only their musical style with their set but also their personality via the concept and script of visuals that they work closely with the video team to curate.”

You can check out the streams here.

You might say it takes no less than a twenty-year career to position yourself at every core node of the Vietnam’s nightlife globe, whether it be leading from atop, supporting from the, observing from the side or simply being the voice at the centre. But what it really takes for Dustee is a vision that’s driven by the future, “that’s why I try to encourage and to support local artists to do so with all the experience, tools, facilities and connections that I have after 20 years working in the nightlife scene of Vietnam. And I’m happy that Dusted Recordings are on track of that vision.”

Dustee takes centre stage for the next Mixmag Asia Resident Revival night at 1900 Le Théâtre in Hanoi this Friday, October 10.