It was just after 7pm when I first stepped inside ATT Showbox in Taipei, renamed the Taipei NASA Space Center for the evening. I walked into a stripped down and dimly lit minimalistic setting, furnished with only a typical club lighting system, which was in contrast with the space travel thematic and the “multi dimensional voyage of sound and vision” that was pushed during the promotional phase of the event. However, I am a firm advocate of the protagonism of the music above all else so personally it didn’t bother me but left me wanting to find how other partygoers felt.

The deco was not all that was minimalist, so was the attendance in early hours of the event while Diskonnected, Smoke Machine’s resident DJ, attempted to shape the environment with ambient and beatless landscapes that progressed into a solid and coherent warm-up techno set as people started to arrive towards the scheduled set for the main act. Taipei already being accustomed with his exemplary style, Diskonnected left the engines hot and the mood just right for what was coming.

From the perspective of the crowd, the number of people in attendance was perfect. Even in the end, it certainly didn’t fulfill the 1000+ capacity of the locale but there were enough people to create the atmosphere and energy needed for this kind of experience, leaving enough space for comfort and dancing under the power of the Funktion One sound system placed at both the front and back of the enclosure.

When Jeff Mills took over, the crowd of what felt like about 500 people rushed and agglomerated closer to the stage to pay their respects to the techno phenomenon as Mills humbly waved hello for the delight of his fans.

The countdown to the launch had now begun.

Mills, who is well known for drawing inspiration from the cosmos, UFOs and extra-terrestrial life, proceeded to sit down his elegant and almost alienistic figure on the floor in front of a mixer, four CDJs, a TR 909 drum machine and a TB 303 bass line synthesizer, as if he was in his own living room, which created a sense of familiarity and coziness before the official takeoff.

He began in an intense and strong fashion, as if the engines of a space shuttle were just starting their roar. The relation between his performance and space travel was starting to gain form. Behind him there was a projection of an almost still image that moved languidly, reminding us that the focus was not on unnecessary accessories and adornments but on the music as it should primarily be. 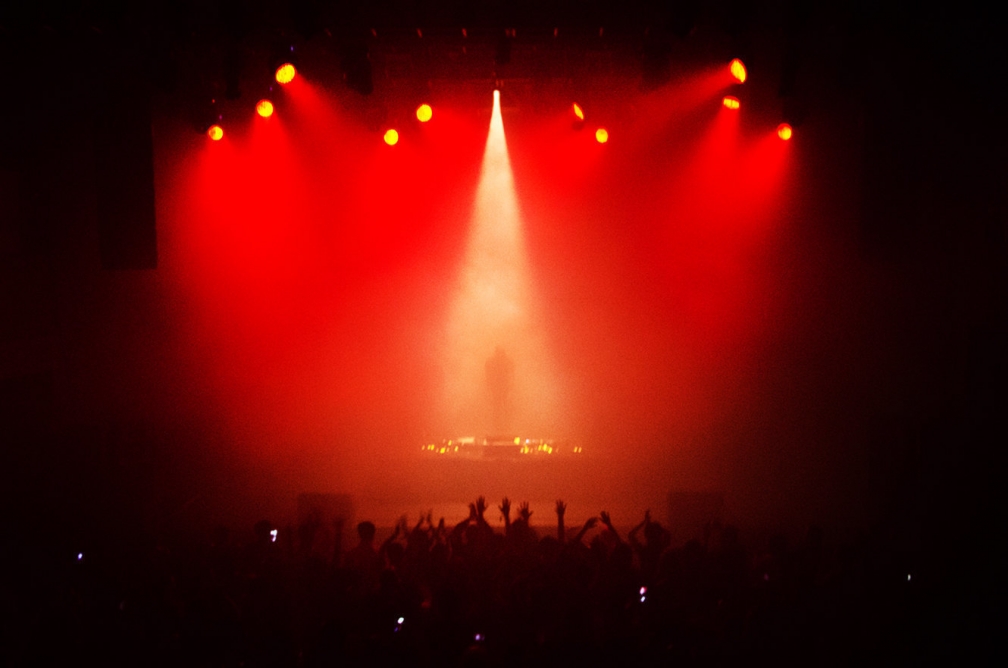 Mills’ set remained robust for the majority of its duration, layered with substance much like a painting, with stronger and softer strokes on the surface of a thick canvas.

With many DJs today falling into the trap of playing an invariably potent but linear and monotonic set, Mills kept the level of interest high among the horde without beating them into numbness. As the journey progressed, the visual behind him evolved into what appeared to be a drop of paint dissolving in water, assuming a form that resembled the iris of an eye - the formations somewhat resembling the cosmos if spectators were predisposed in finding a connection.

From time to time, the TR 909 would go into action in a more prominent way with its characteristic drums and claps manipulated by Mills, inflicting delight and exhilaration onto the crowd. His music was the only driving vehicle to outer space and it was being quickly propelled by his mastery. There were a couple of skipping beats along the journey, which were quickly and gracefully corrected, but truth be spoken, this is only normal considering the spacecraft’s vast console and the speed of his spaceship. Jeff Mills still has some human DNA, after all.

As Mills took the crowd to the far reaches of the outer space, an hypnotic spiral appeared behind the spaceship’s pilot, symbolizing, in my opinion, the musical vortex that we were experiencing. Until the end, there was probably only one more image projected and it was timed with the TR 303 delivering its acid bassline sonority and with that, the space shuttle had re-entered earth’s stratosphere. 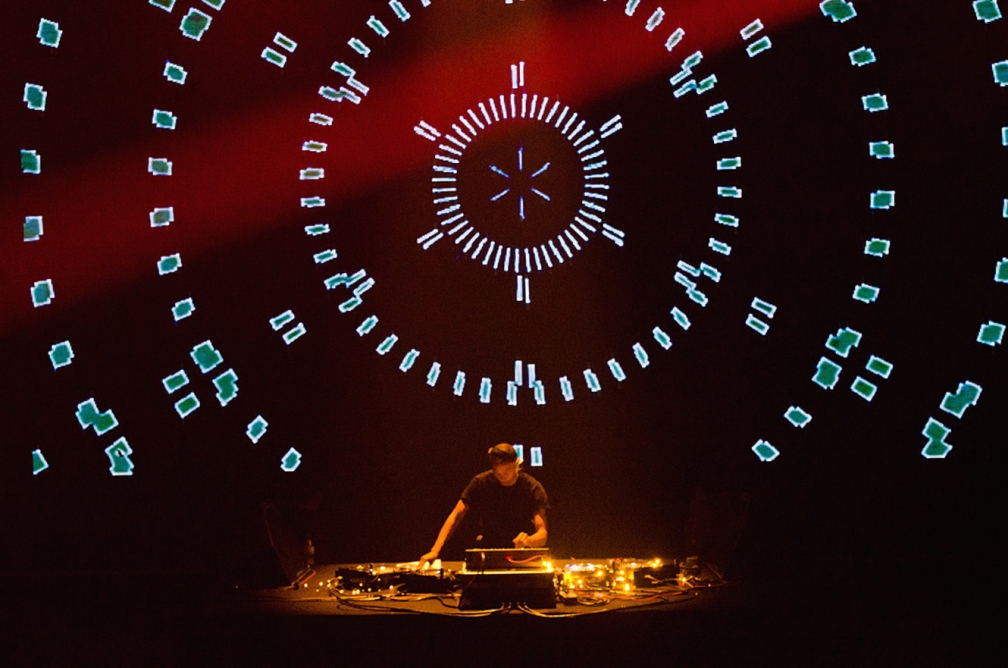 It might not have been the show that people were expecting in terms of visuals, concept and how the event was marketed, as was the general consensus among people I spoke to after the show, but nobody really seemed to mind as they were fulfilled by Mills’ music alone as it exceeded in turning on all the true techno lovers. Nonetheless, Smoke Machine deserves credit for its efforts in bringing such a big and meaningful name to Taipei, along with an excellent sound system from what is one of the best manufacturers in the market. This is not an easy feat to accomplish in a city that is somewhat new to techno and is more familiar with cake throwing than space traveling. It’s also quite likely that many didn’t fathom with a rare opportunity it was to see this outstanding DJ, producer, boundary pusher and thinker that inspired many of today’s dance music heroes throughout his career of more than 30 years. But to the dismay of fans, photography of any kind was forbidden at the event, as per usual with Smoke Machine events but on this occasion, security were actually strictly enforcing the rule and even obliging people to delete any recorded footage. It made people question if these were instructions from Jeff Mills himself as photography is typically allowed at his events.

Many artists in this industry come and go, but Jeff Mills is comparable to a possible alien presence on our planet and has reminded us once again that he was already here when we arrived, and that he will remain long after many of us are gone.