During their trailblazing 12-year career, Foreign Beggars built a reputation as one of the UK's most versatile, creative and prolific acts — with a top ten hit, hundreds of million YouTube plays, name checks at the Grammys and a reputation for scorching stages across the globe. Their pioneering story saw them evolve from underground hip hop heroes to a seminal multi-genre electronic act while retaining a furious live energy — often bouncing between hip hop, dubstep and drum 'n' bass effortlessly. They released eight studio albums, including 2018's '22 KARMA Deluxe' and their final LP 'Matriarchy' in late 2019. Former frontman Pavan Mukhi has now emerged post-split with a new solo act called PAV4N, a "living art piece" about living life as a perpetual foreigner.

And the timing seems ripe for a return for this prodigal son. With the 'gully rap' phenomenon exploding onto the scene in 2019, rappers from the slums (gullies) of Mumbai and New Delhi have stormed the Indian music industry, rhyming in Hindi and spitting hard bars about real life in the streets. Where once only cricketers, Bollywood stars or U2 could fill stadiums, now local rap stars draw massive crowds and feature in Bollywood films. We had a chance to catch up with frontman Pavan about his new solo project PAV4N and his latest single 'KARMA' dropping this week.

After last year’s final album and tour, the curtain finally came down on a pretty damned prolific touring and recording career. You guys toured with some of the biggest electronic acts, from Skrillex to The Prodigy, and became synonymous with bringing a high-energy, hip hop crossover element to just about every major music festival imaginable. Now begins your next chapter, PAV4N — an Indian mythological, blue-skinned character. Can you tell us how that transformation happened?

About a year before Foreign Beggars came to an end, (fellow MC) Metropolis made it clear to me that he wanted to do his own thing. And it was at that moment that it kind of clicked that I wanted to get back to my roots — India. Real rap music, even underground rap music, was finally really starting to have a voice in India, which was super exciting. And in one of our biggest videos, ‘Contact’, I had already appeared as a blue-skinned character, so the idea just came to me to evolve this more. And the artists that have been really inspiring me recently, like FKA Twiggs or Sevdaliza give me a lot of inspiration: the amount of artistry and presentation they bring to the table. So I decided to become PAV4N. Also, to be this character with its roots in India — represents such beauty, love, conscientiousness and service. It also means I have had to really up my game both lyrically and conceptually.

Is there a message behind adopting the identity of PAV4N?

It’s a positive message only. What this represents to me is positivity and core beliefs, like love and truth and beauty. 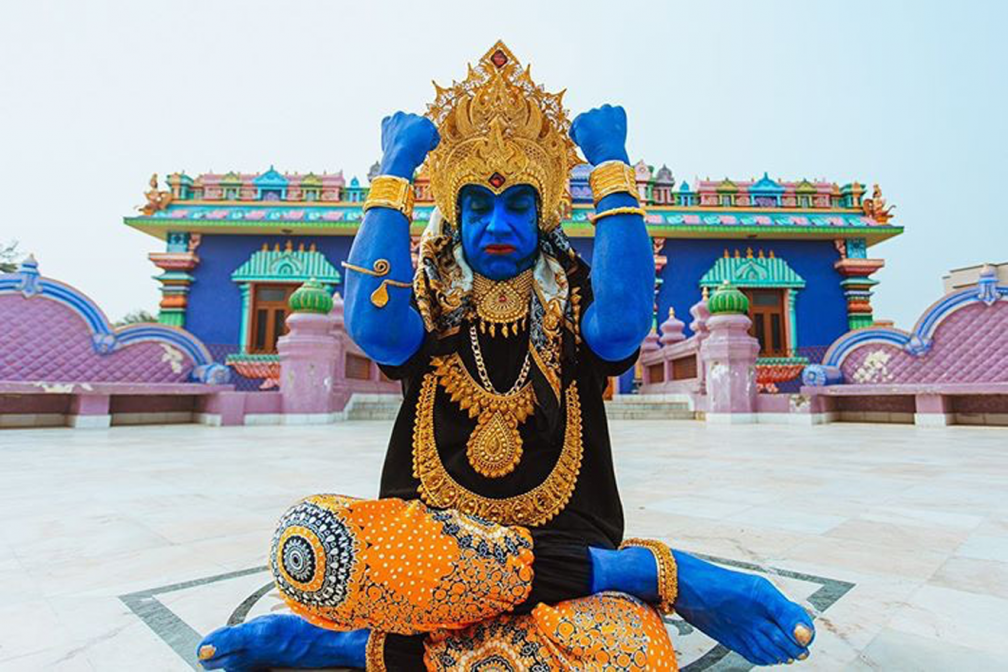 What made you decide to leave the UK and move to Goa?

Honestly, I really just wanted to come home. I have an Indian passport, and I wanted to move to Goa and have a different lifestyle. After 20 years in big cities, I wanted a different pace of life to really immerse myself in my art. I’m Indian, and the rap scene here in India is really blowing up now. I’m one of the first Indian rappers who has had longevity, a 17-year career, always being me, and doing what I do. But the hip hop scene in India has come of age now, and it finally has a voice of its own — not just the top-down, Bollywood, westernised watered-down version of hip hop, but one where the kids can actually be themselves and speak their truths, and it’s okay. For me, as an artist, it’s never been about being acceptable or palatable or being mainstream. So it’s really an exciting time to be here.

Let’s talk about the first single ‘KARMA’. It’s got Indian musical elements and a trap-style beat, and the video is visually stunning, with bold colours and Hindi subtitles. What’s the message behind it?

Well, we shot it in New Delhi, Vrindavan and Mathura — the last two being the birthplace and home of Krishna. The message is really one of self-empowerment and self-understanding — that you can be the change you want to see in the world. In modern life, social media has made it easy for people to have a platform who just talk, and that can be intimidating to people who want to take action and make a change. I’m saying you can do it, but it’s up to you. The system can weigh heavily on you, but ultimately, it’s up to us to affect our own change.

I know you have personally been taking action by helping dig wells for poor rural communities without water, through your YEH YEH Project initiative. That must be so rewarding.

Totally. It’s all about taking action and feeling the change it makes in peoples’ lives. I do it through DROP4DROP who have been doing this for a while, and I just try to direct people and fellow artists their way. I also do it on the ground. Such a small amount of money can pay for a new well and change an entire community’s life drastically.

You have always performed a lot. Will you be fully in character now every time you perform?

Yes, I’ll be fully in character, with a full visual experience and two dancers, infusing Indian classical with dancehall and ballroom moves. In fact, collaborations are key to the project — cutting edge tattoo artists, cinematographers, dancers, fashion and graphic designers have all been part of this creative mission. It’s all about inclusion and subversion. 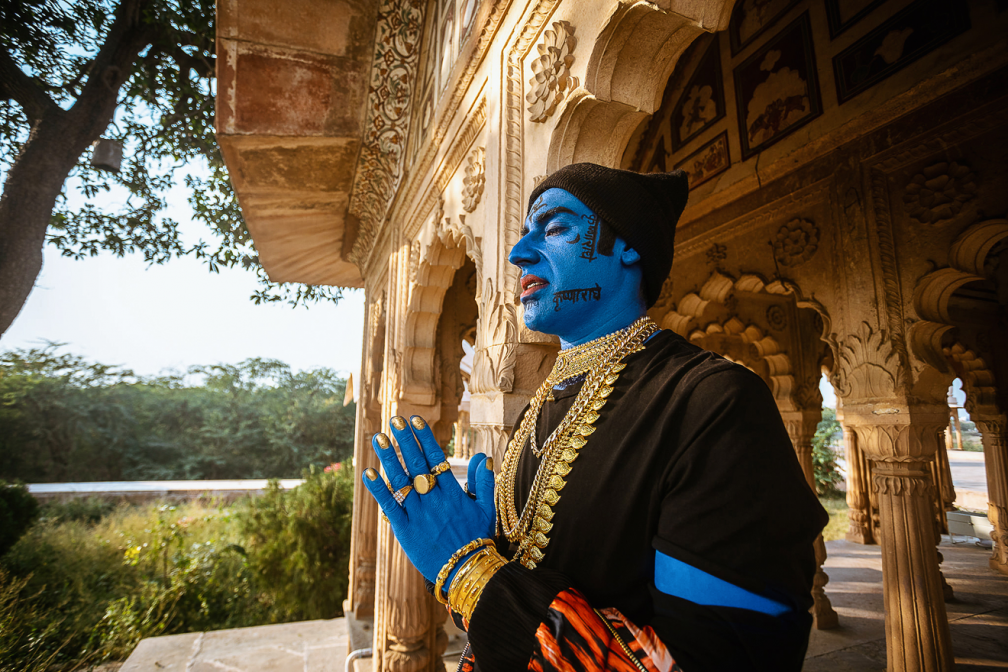 Is there a date set for the live show to debut?

I’m going to debut it the second week of April in Mumbai, I can’t really say where yet as it’s a bit of a secret.

Are you in touch with the rappers in the ‘gully’ set in Mumbai?

Yeah man, DIVINE is a good friend of mine, and I helped A&R some of Naezy's album. I'm tight with Mo Joshi from Azadi Records, and that crew. I'm in touch with the scene, and I go check it often, they know who I am. There are a few collaborations in the pipeline.

What's the roll-out plan for PAV4N?

I'm going to drop four singles, and they're all done and have some off-the-wall appearances — then we're going to get into the album, but that's a little ways off still.

Well, we go back a long way. I remember back in London when you and the1shanti were the only two Indian rappers making noise. It's inspiring to see you still going strong! Any closing shout-out you wanna make?

Yeah man, I'm bringing my whole career experience to this project. What I'm about right now is self-empowerment and pushing the boundaries of my art. The message is respect your art form and push yourself to be unique and be yourself. And once you understand you have this voice, use it to help make a change and help people, inspire and show that everything is possible.