The implications of club sound systems go farther than keeping dancers sucked into the floor. It’s meant to calibrate one’s perspective on how a night-out should be, often becoming the point of contention and competition among DJs and venues—not to forget the intention of ensuring people behind the bar are working, and the drinks continuously flowing.

In a pandemic landscape where ravers are treading between their safety and desire to release, the thought of intimate listening parties seems far-flung to most. However, if presented with a formula consisting of a small, highly-dedicated crew and a set of handcrafted, locally-made Hi-Fi sound system, the desire to revisit how music can be experienced differently can easily turn into a lifeforce. 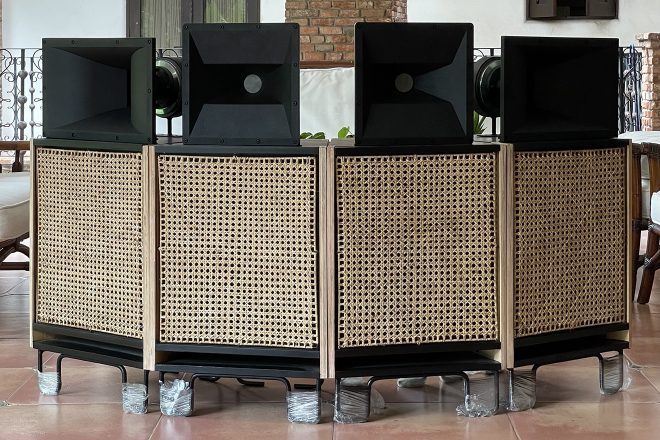 It’s only been shy of a year since Filipino collective, Fatima Sound Practice went public with their first line of bespoke speakers called the Jacinta. What a love for music and aesthetic easily became an obsession for co-founders Patrick Casabuena, Matt San Pedro, and Brian Ver.

Read this next: Headphone heaven: 12 of our favourite cans to bring out the best of your pumping playlists

“The tricky thing with designing a loudspeaker is that data and theory can only go so far and you won’t really know what you have until it’s playing a song in front of you. This tedious balancing act had us testing out different sets of drivers, box shapes and crossover configurations until we arrived at a look and sound that we were all happy with. It would’ve taken a lot longer had it not been for the guidance and patience of Noly Dy, who also designed our crossover, our manufacturing partner in Pampanga and our components supplier in Europe,” Casabuena explains.

Finally, confident to introduce their current aural devotion, which is already its third version, to an audience and growing their team to include Issa Barte, Clara Cayosa, and Lia Savillo, Fatima Sound Practice went on to hunt for an equally-compelling space for their debut two-day trunk show: one that would let guests play their own records, and for the crew to showcase the system’s capabilities. 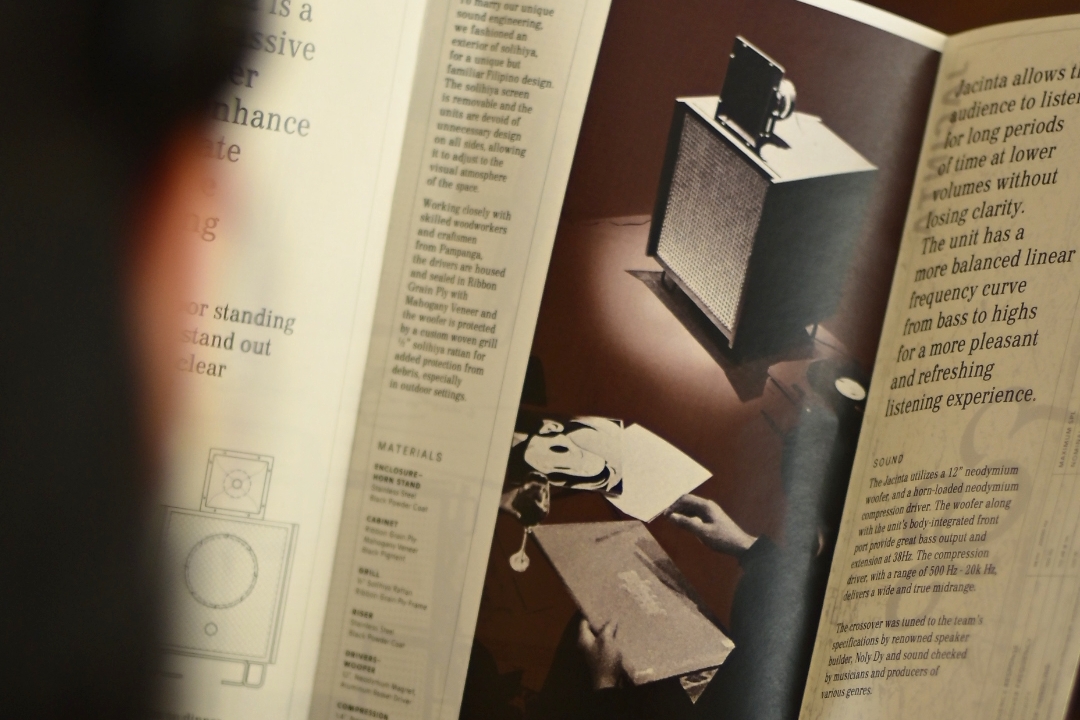 “Jacinta was designed with casual home listening in mind so finding a suitable venue for it was quite the task. We wanted our guests to easily imagine seeing and hearing the speakers in their living room so it couldn’t just be in a bar or a sound-treated space. We found all this and more in Bahay Nakpil-Bautista, a heritage house in Quiapo, Manila,” Ver shares.

The historic residence was home to Filipino General Julio Nakpil who also moonlit as a revered composer and musician. Where the Jacinta sat was also where Nakpil’s compositions were played live by an orchestra. 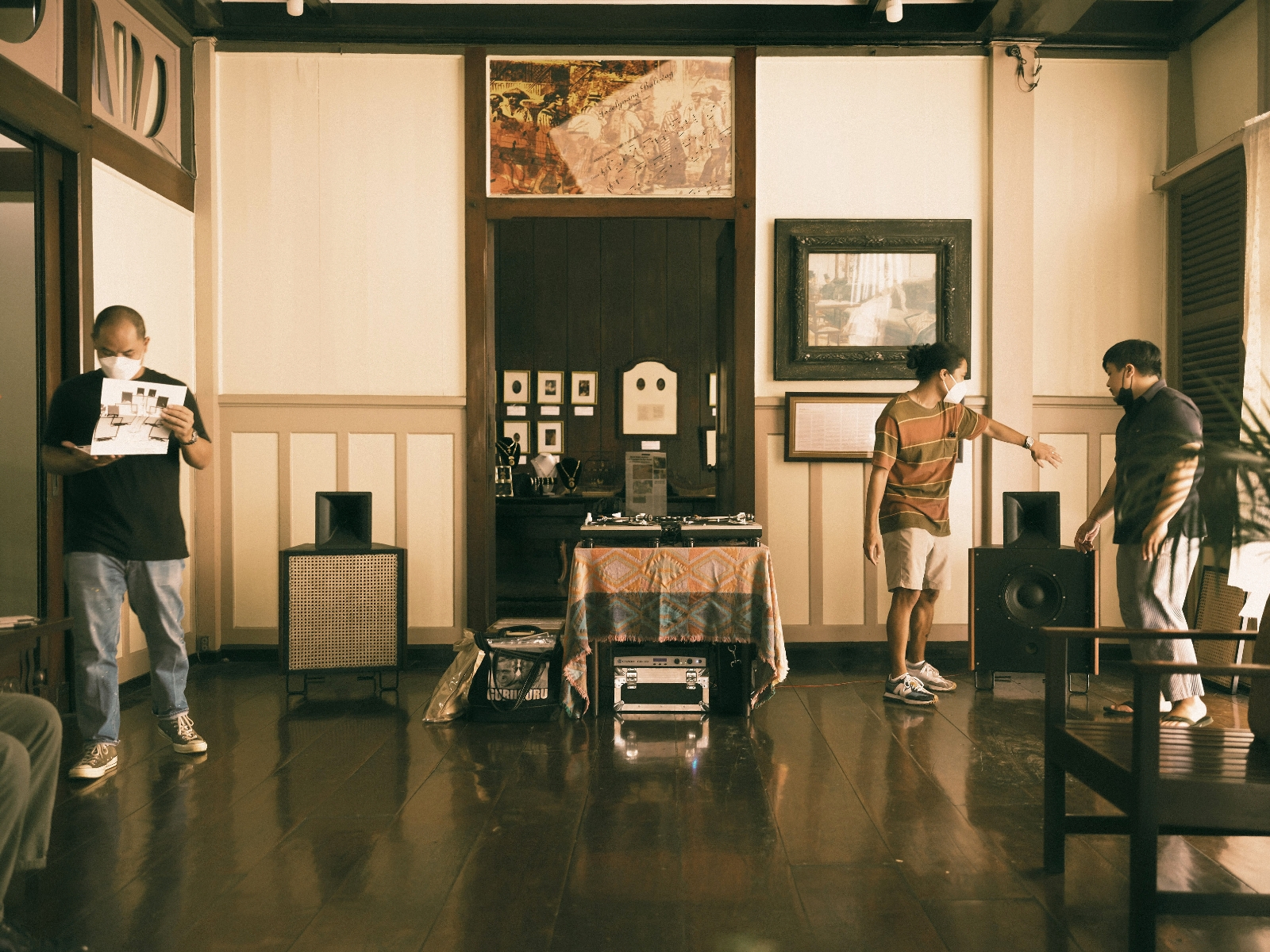 “Given how long we’d been working on the project, we all knew that this deserved an event commensurate with the quality of the sound system and the effort put into it. We’re happy to report that our first-ever trunk show more than lived up to our personal expectations,” San Pedro quips.

Read this next: How to build your own soundsystem on a budget

At a glance, it isn’t hard to fall in love with the Jacinta. It’s a site-specific statement piece that could naturally become the country’s contribution to the highly-meticulous world of Hi-Fi. Beyond its distinctly Filipino cutting-edge design, the tedious amount of work that continuously goes into the pursuit of what its founders call “accurate sound”, is what stands as their promise and proof for its price tag.

“Coming into this, we weren’t sure how our product would be received since it stems from a relatively foreign concept and the price tag isn’t what one would think of as affordable but the fact that we have a few commitments at this point is enough to keep us going. The vast majority of people who ask about price still get shocked when we tell them they retail for PHP 300,000 (around USD 5,500) introductory and we don’t blame them. Part of the mission is providing better quality sound here in the country and we feel we’re on the right path towards that,” San Pedro says. 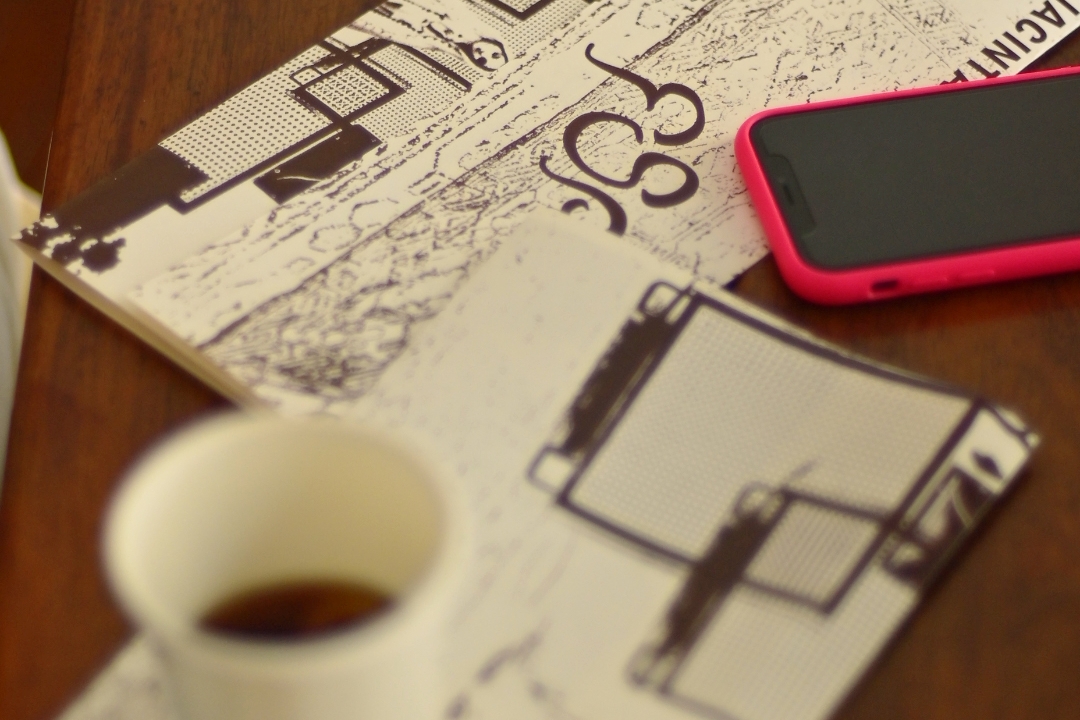 With inquiries and interests flooding from local homeowners, small space collaborators and future overseas clients, Fatima Sound Practice is welcoming a new phase into their operations— one they’re keen to take on as calculatory and as precisely as they have started. That, and expanding to design another model as well as recently opening their own listening room east of the capital in Marikina.

“At this point, it’s worth noting that the room itself isn’t acoustically treated beyond realistic furnishing. We wanted to mimic a common living space people would find in their homes. Guests are given 1-2 hours for their private sessions so they can get comfortable as we familiarize them with the system. We also encourage visitors to bring their own records or audio sources so they can hear familiar songs through the speakers, a practice we find to be an effective barometer of quality for most people. Should they not have any, we have a crate full of wide-ranging sounds they can select from. Streaming apps are also an option,” Casabuena shares. 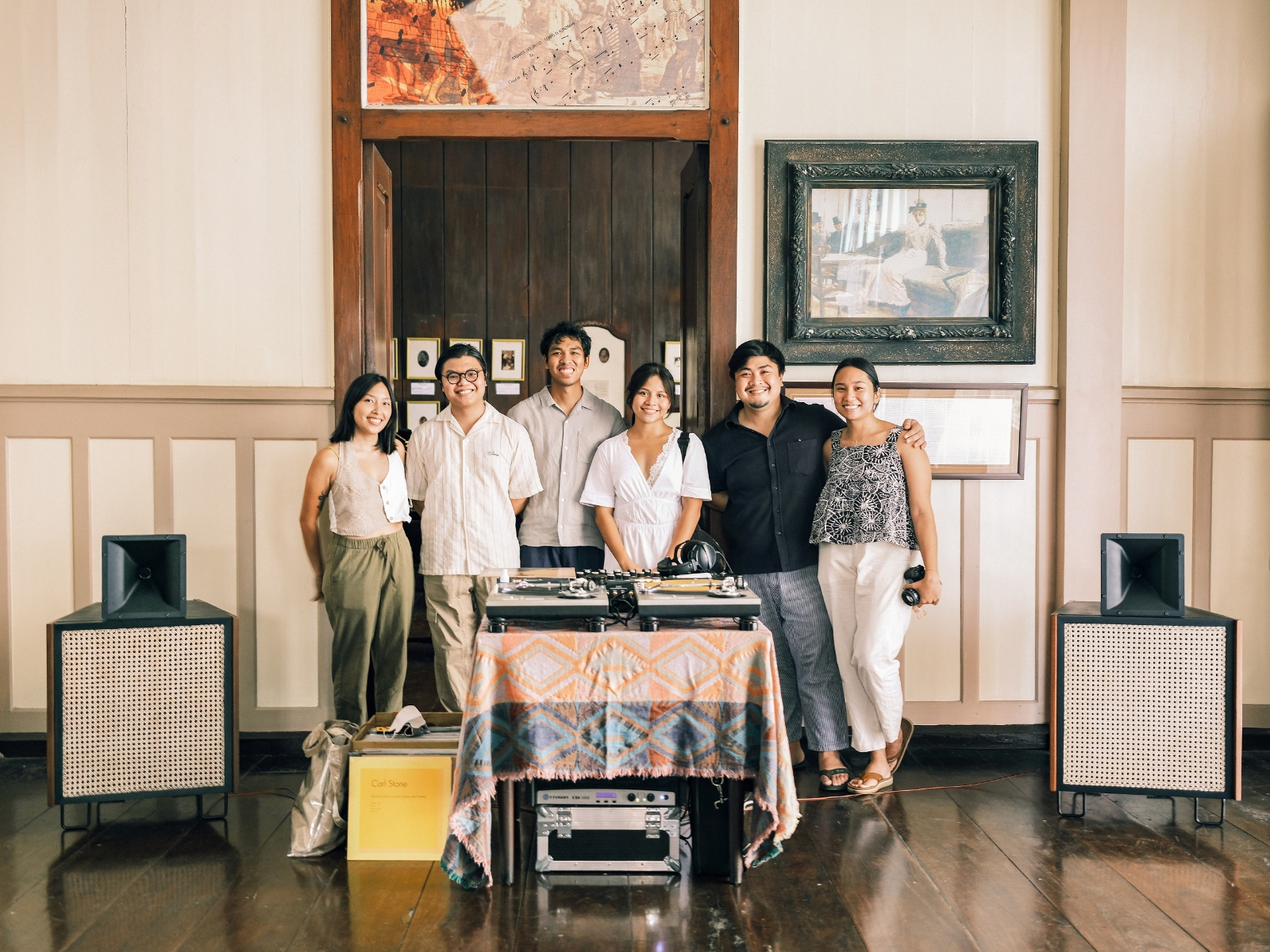 On a mission to scale back from the loudness of clubs and turning their attention towards the intimacy of home listening, Fatima Sound Practice may have their work cut out for them. However, similar to crazed albeit determined chemists in search of true formula, the collective could be destined to continuously introduce music unlike others have encountered.