The year was 2008 and most clubs in Vietnam were playing hip hop. While the rest of Asia was well on its way to transitioning from small gigs in bars to full-fledged electronic music festivals, Vietnam was still figuring out the Internet and Dustee was one step ahead planning what would be credited as one of the first EDM festivals to unfold in Vietnam: Face Off Festival. Although you could probably trace the first instances of dance music in the country to somewhere around the turn of the century, it wasn't until Face Off Festival that Vietnam really started to open its doors to the west, ultimately globalising the Vietnamese electronic dance music scene.

Today, Dustee has shifted his agenda from introducing western music trends to Vietnam to introducing Vietnamese music trends to the west — which is hard to do unless you have a label. So he founded Dusted Recordings as a way to give Vietnamese artists a platform to release music and so began a new path of nurturing the next generation of Vietnamese talent. He’s certainly got the experience to do so, having spent around two decades in clubs like FACE Club, The Bank and now 1900 LE THÉÂTRE, where he is CEO.

Dustee has inspired many young artists in Vietnam to explore this new world of dance music, one that strays from the norm when it comes to societal standards in the country. But it’s getting there, and it's with thanks to Dustee and his close relationship with Touliver, because together they work tirelessly at shaping a new kind of culture in Vietnam, one that's defined by music. It was only fitting that we tapped Dustee for the second iteration of Resident Revival. With the mindset of a true pioneer, Dustee will use the opportunity to perform a show consisting of music mostly from Vietnamese artists who are taking music to new heights in the country. Prepare for a lesson on all things Vietnam via livestream this Saturday August 1. The party end late, bringing new meaning to the words "goooood morning Vietnam!"

What’s the best thing about living in Hanoi?

My family and friends are here

I love everything here.

Take us out in Hanoi — from dinner, drinks, party to afterparty?

First, we'd go for grilled chopped fish for the dinner. Then we can’t miss out on Pavement Cafe for an iced lemon tea — a Hanoi essential — and buy some time before heading to 1900 for a party. 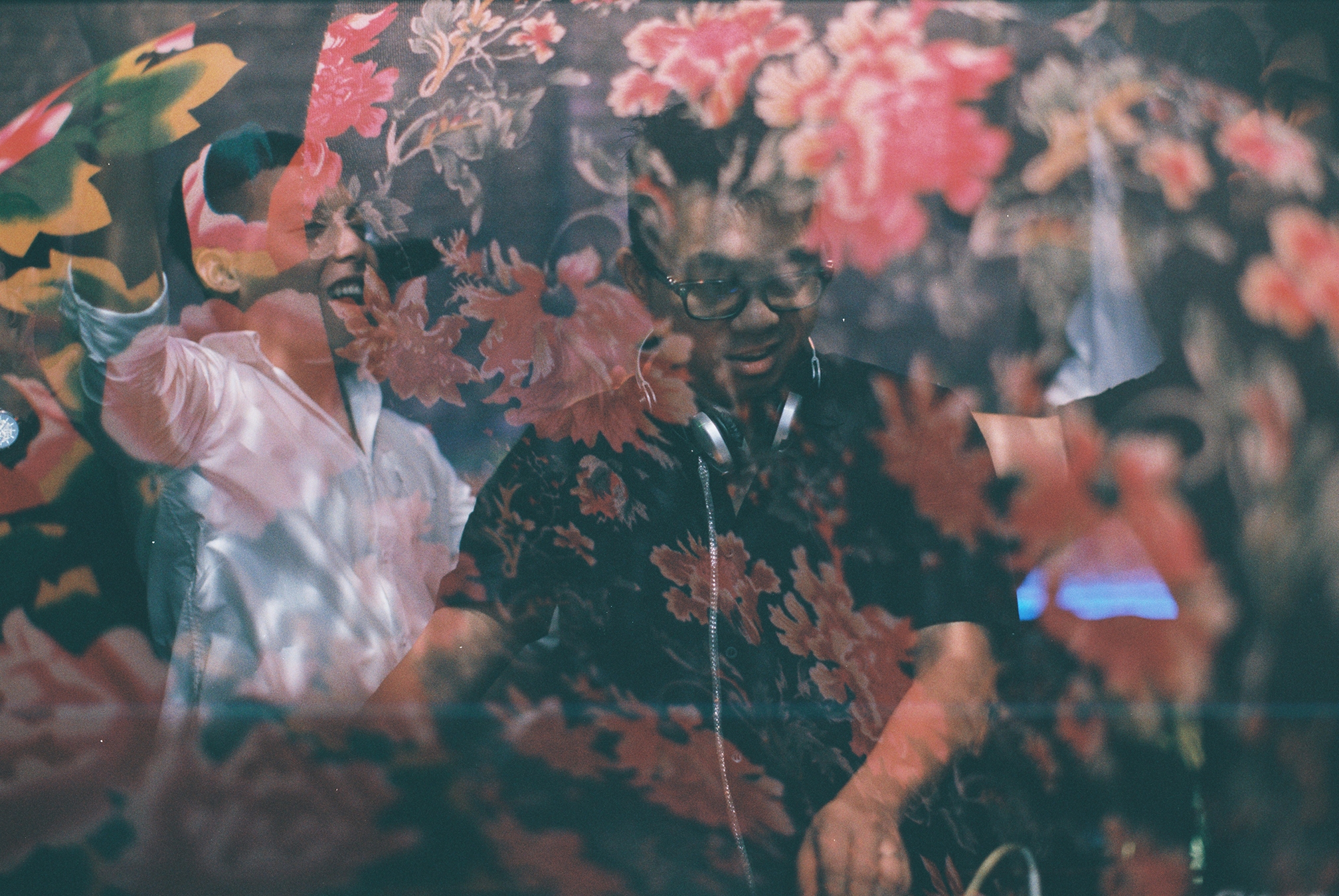 Before 1900, there was the FACE in 2008. What was the music scene like in those days? Was there even an electronic music scene in Vietnam at the time?

Both the music scene in general and the dance music scene, in particular, were less diverse and much less saturated back then. There were only a few music producers and DJs who mostly played international music.

You’re credited with globalising Vietnam’s electronic dance music scene. Does that mean that you’re more interested in bringing western trends into Vietnam or Vietnamese trends to the west?

I love doing both and try to integrate both into my work as much as possible. I use my longtime mixtape series called 'Vintage Mix' to introduce the latest global music trends to a local audience. Touliver and I started a similar project called Vmix where we work together to remix Viet Pop hits that convey the same psyche.

At 1900, my team and I try to promote local trends and artists through events with big international bookings. We do this through partnerships like like Roadtrip to 1900, Boiler Room or Mixmag Asia's Resident Revival series where resident DJs reclaim their important role.

Also, Dusted Nights are release parties for music released through Dusted Recordings, at which those artists headline. We also push the Wired Music Week session in Vietnam — the biggest dance music conference in Asia — and our DJ exchange programs with clubs and festivals in the region also help to push Vietnamese artists’ names and their music abroad.

What do you think took so long for Vietnam’s musical borders when compared to other countries in Asia?

In my opinion, there are a few key reasons for this. Firstly, Vietnamese don’t speak as much English as many other countries in the region. Secondly, good Internet access only came recently. Thirdly, clubs with international standards only emerged 6-7 years ago here, which is quite late, and clubs didn’t book international acts back then. Lastly, the income of Vietnamese was not high, people couldn’t afford physical copies of music before digital ones were available with the universalisation of the Internet.

Dusted Recordings came to fruition in late 2019. What was the topping point in getting it off the ground?

After more than 20 years working in the music and nightlife industry, I’ve witnessed many Vietnamese producers grow and today there are more and more new talents showing up on the scene — but they haven’t had any home to share their love for music, to release their music following professional international standards and to and to help them orient their career. That’s why Dusted Recordings was born.

What have been some of the standout moments with the label?

All releases and events of Dusted are memorable to me and the team. To name some highlights of the label so far, I can’t forget 'That’s Right' and 'Haus of Dus', which are collaborations by me and Touliver. These two tracks helped to set the very first bricks of the label’s foundation and to build it up significantly. Dusted Night events are also ones for the book. 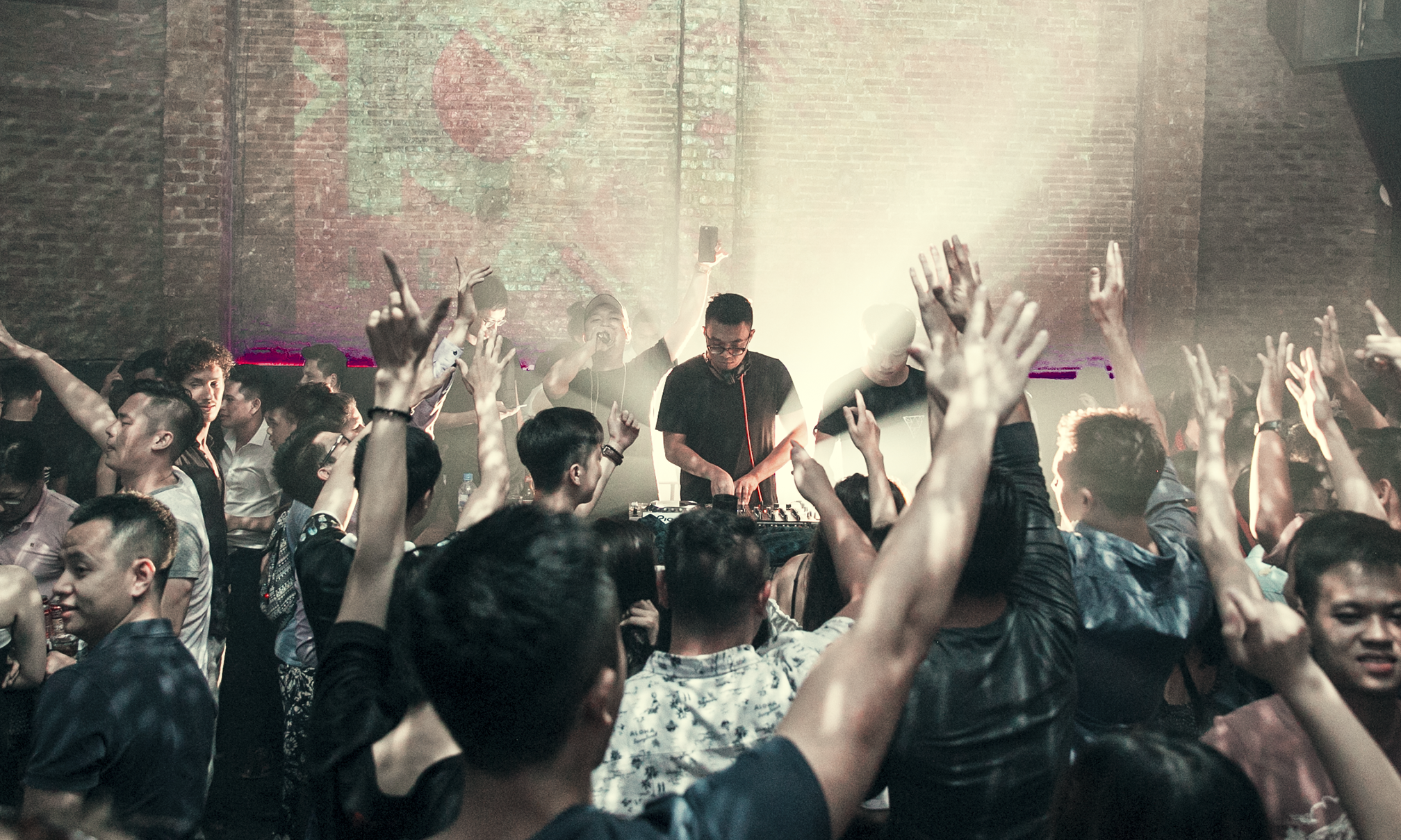 I understand your set at Resident Revival will showcase mostly Vietnamese producers. Why did you decide to go this route for your Mixmag Asia show?

I aim to promote Vietnamese talent, music and culture to the global audience with the help of a world-wide high-profile brand like Mixmag. The music made by Vietnamese producers are of the same good quality as other tracks of international ones. They also integrate local culture with trendy Viet vocals and elements and totally deserve the spotlight.

In general, there is a lot of pressure to play popular music and sell tickets — yet you seem to move away from the mainstream in 1900 and towards the underground. What’s your stance on that?

My opinion is that educating the audience is as important as doing business. You have to balance both to make your business and the scene grow sustainably.

What’s your present and future artistic agenda with your role at 1900?

I think my role at 1900 is like a vibe creator and vibe maintainer. I work closely with the 1900 team daily to keep up the fire, the passion in myself and others. Then, together we can channel that energy to our dancefloor.

1900 resident NgoKien has cited you as his greatest inspiration. Who inspires you?

Music and the 1900 team inspire me every day to live and to create. The younger generations and cultures around the world motivate me to create and take risks so I can introduce new trends to Vietnam’s youth.

Tell us about your synergy with Touliver? What are you guys working on next?

Touliver is like a brother to me both in life and in music. Our latest track is called 'Haus of Dus', which is signed to Dusted Recordings and was released two weeks ago. We have a lot more in store that I can't talk about just yet. For now, I can just say that we have a super cool animated video in the making for our next track.

As a veteran in the Vietnamese music scene, what young artists should we keep our ears open for?

The Dusted team and the 1900 resident DJ team includes several talented artists that you should definitely check out. Shout out to our two female members in the team, Mya and FungFung, for their special dynamics, their great work and their constant effort.

House because it reaches younger and larger audience.

If you could give one piece of advice to a younger you, what would it be?

I would tell my younger self to listen to music more, to travel more to gain as much knowledge and experience as possible. That would become your own resource and stay with you your whole life.

What three songs could you play in your DJ sets forever?

It’s too hard to pick. Next question please!

In five years, I will be…

And if the world were ending, what’s the last track you would play?

‘Till The Sky Fall Down’ by Dash Berlin