After two years of travel restrictions I was super excited to come back to Asia, my agency Araï and I had planned for some months to tour the continent knowing some countries were about to finally open their borders again. This was going to be my fourth Asian Tour but this time I was travelling with my wife DJ Jade (CA) and we were going to share the stage for a couple of shows on that adventure. On the menu this time — Thailand, Bangladesh, Cambodia and Japan. So thrilled!

Travelling from Toulouse in France via Paris and directly to Bangkok, equipment all packed up and all geared up for the next 10 days, we are heading to the airport with big smiles on our faces.

After a smooth flight and an undeniable jet lag we finally arrived in amazing Bangkok, and while cruising through the city towards our hotel I couldn’t help but to notice how much the city had changed. A lot more skyscrapers have appeared since the last time I came to visit and the city itself has gained so much modernity and depth in only a few years.

What a place! so much going on, such a buzz to be exploring the narrow streets of the old city centre of Bangkok. I’ve played several times in Bangkok and couldn’t be happier to make it again in one of my favourite cities in Asia. A show at the infamous Mustache was planned the following day so after going to a couple of street markets I decided to take a few hours to prepare for my live show. We met with Olivier, the promoter, so he could show me the place where the event took place and test the acoustic. A great club, used as a whiskey / speakeasy bar during the week that mores into a full on club on the weekend.

Strolling at night around Bangkok is always such a treat; we tested a tonne of street food and explored more of the night street market until our jet lag finally got the best out of us. 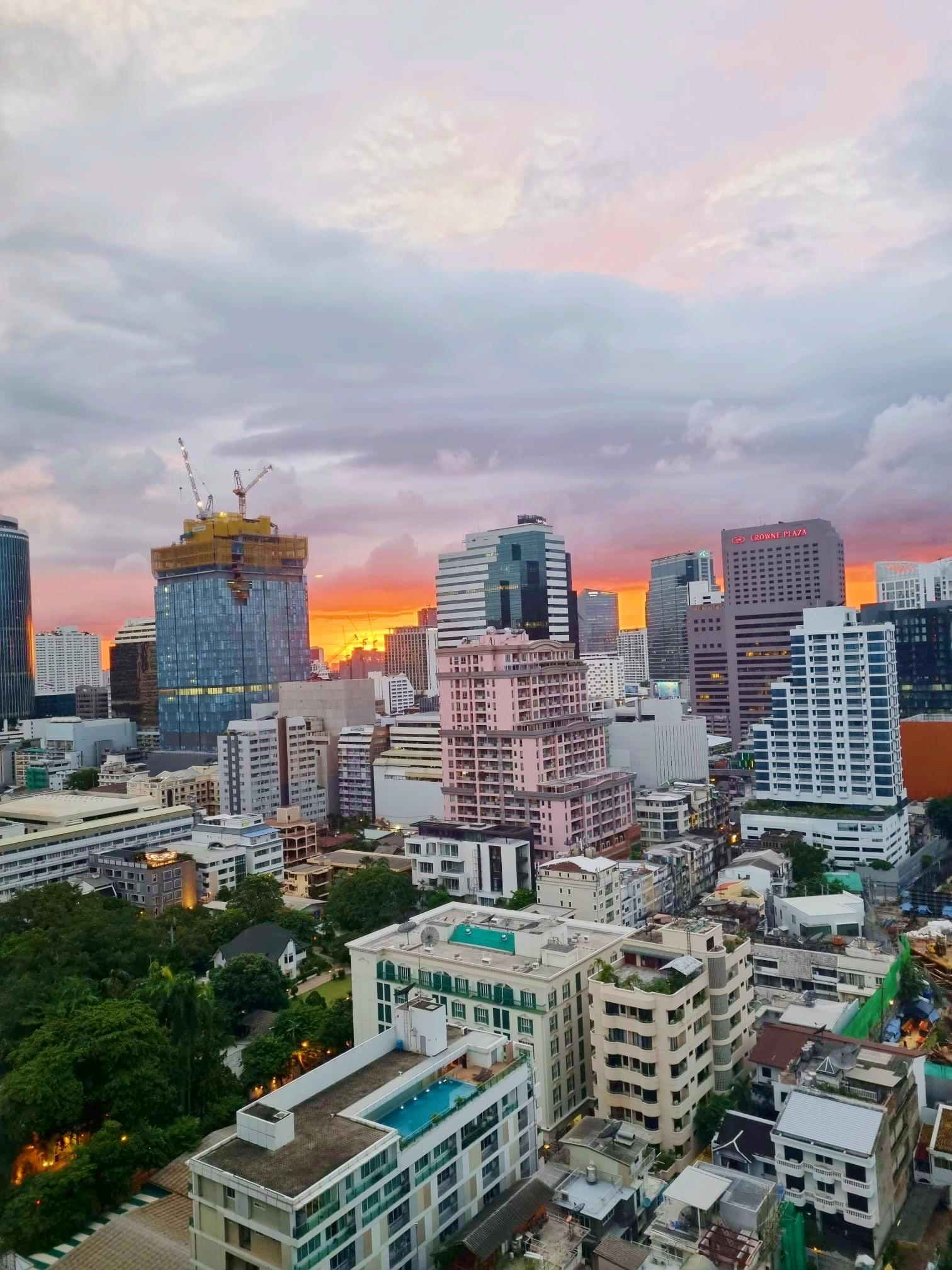 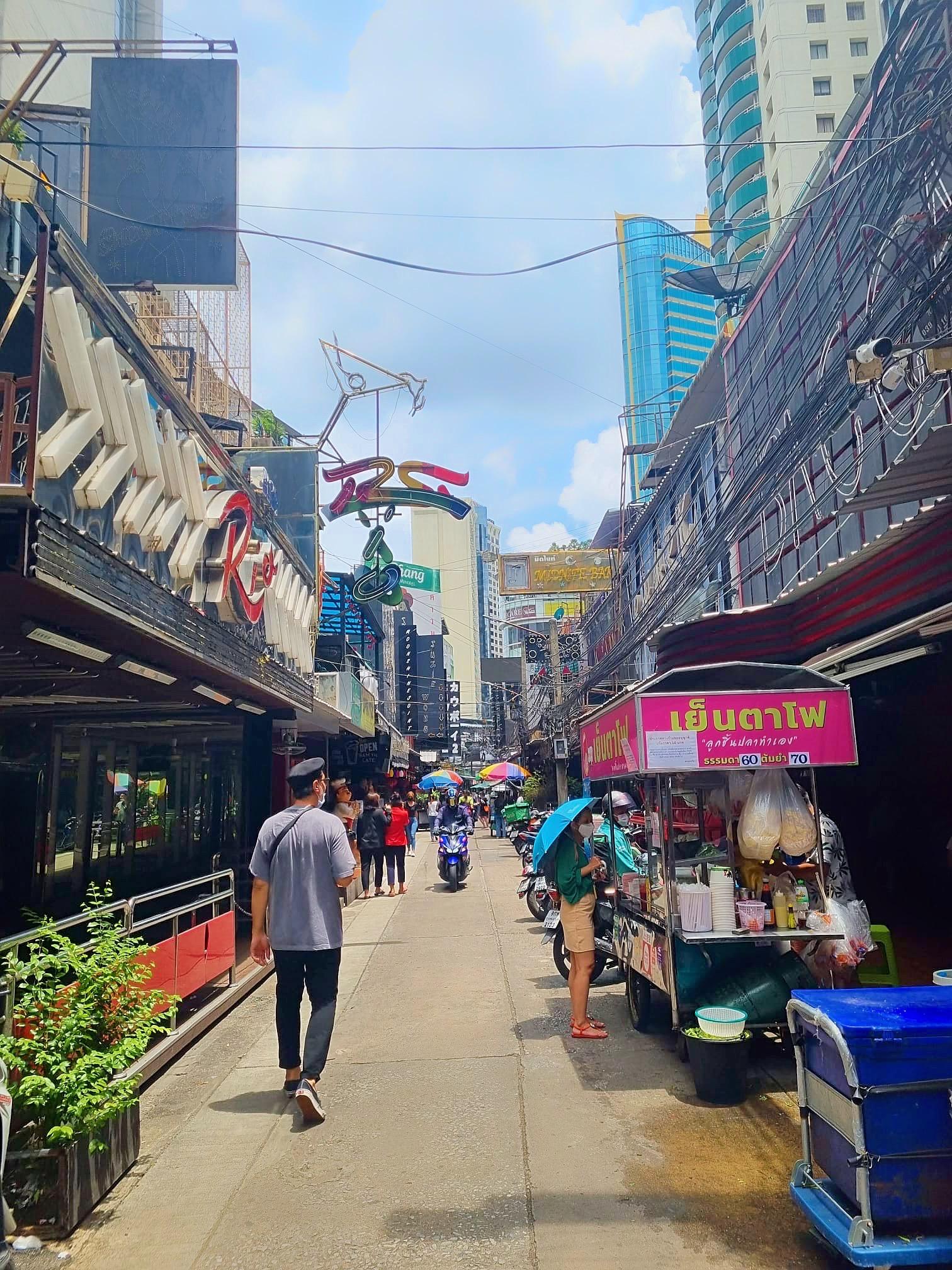 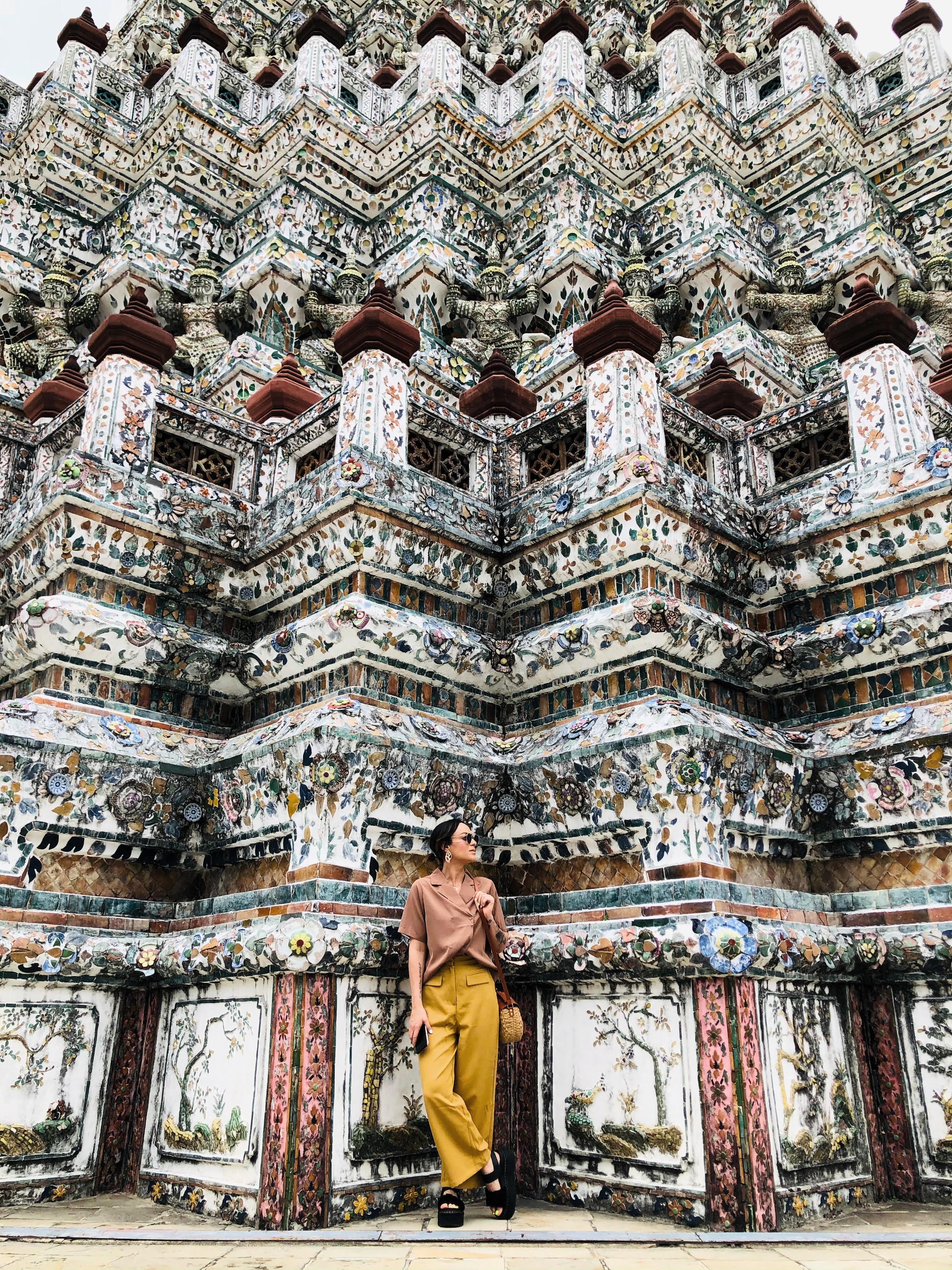 Next day is show day, waking up with a beautiful sunrise lurking between skyscrapers. We make it out for our first coffee in what becomes a very quiet megalopolis all of a sudden. The big B streets, usually so busy, are now so empty and quiet, perfect for a smooth sail to a great day of exploration ahead.

Later that evening I am meeting with the Mustache crew for a round of delicious food right next to the club. The spirits are high and it's show time! The night goes as expected, the crowd vibe is to the roof and I end my set with a big smile on my face feeling so grateful to have made it again in Bangkok.

It’s time to leave beautiful Bangkok, and this time we are heading to Dhaka for my first time in Bangladesh. The plane ride is short and sweet and while starting our descent towards rainy Dakha, I can’t help but notice how flooded the countryside is. I heard the country has faced an extremely long monsoon season and the landscape definitely shows. 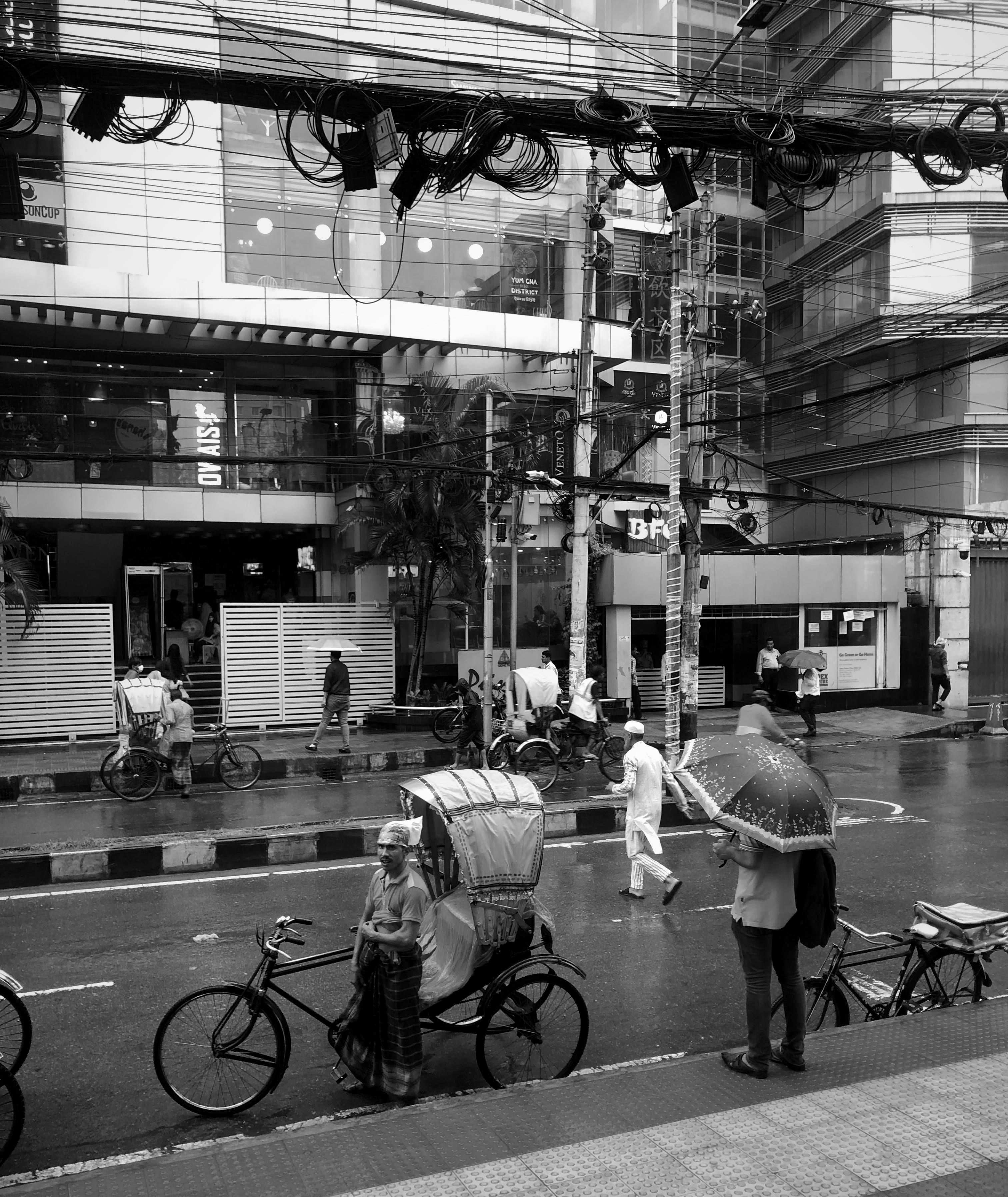 Arriving at the airport we are kindly escorted out by our host and our journey starts in the chaotic poetry of Dhaka’s traffic jams. It’s a very busy yet beautiful road trip towards our hotel and we are looking forward to cruising around town and discovering one of the busiest, most dense places on earth.

I am delighted to share some great conversations with our host, the legendary Arsi who has Brought a great number of international artists to Bangladesh over the years. Arsi takes us deep in the city and kindly invites us to have dinner at his amazing Japanese restaurant. A true trip into the trip. After a magnificent dinner we are heading to the venue, it’s a private party where only a couple of hundred lucky cats can attend. 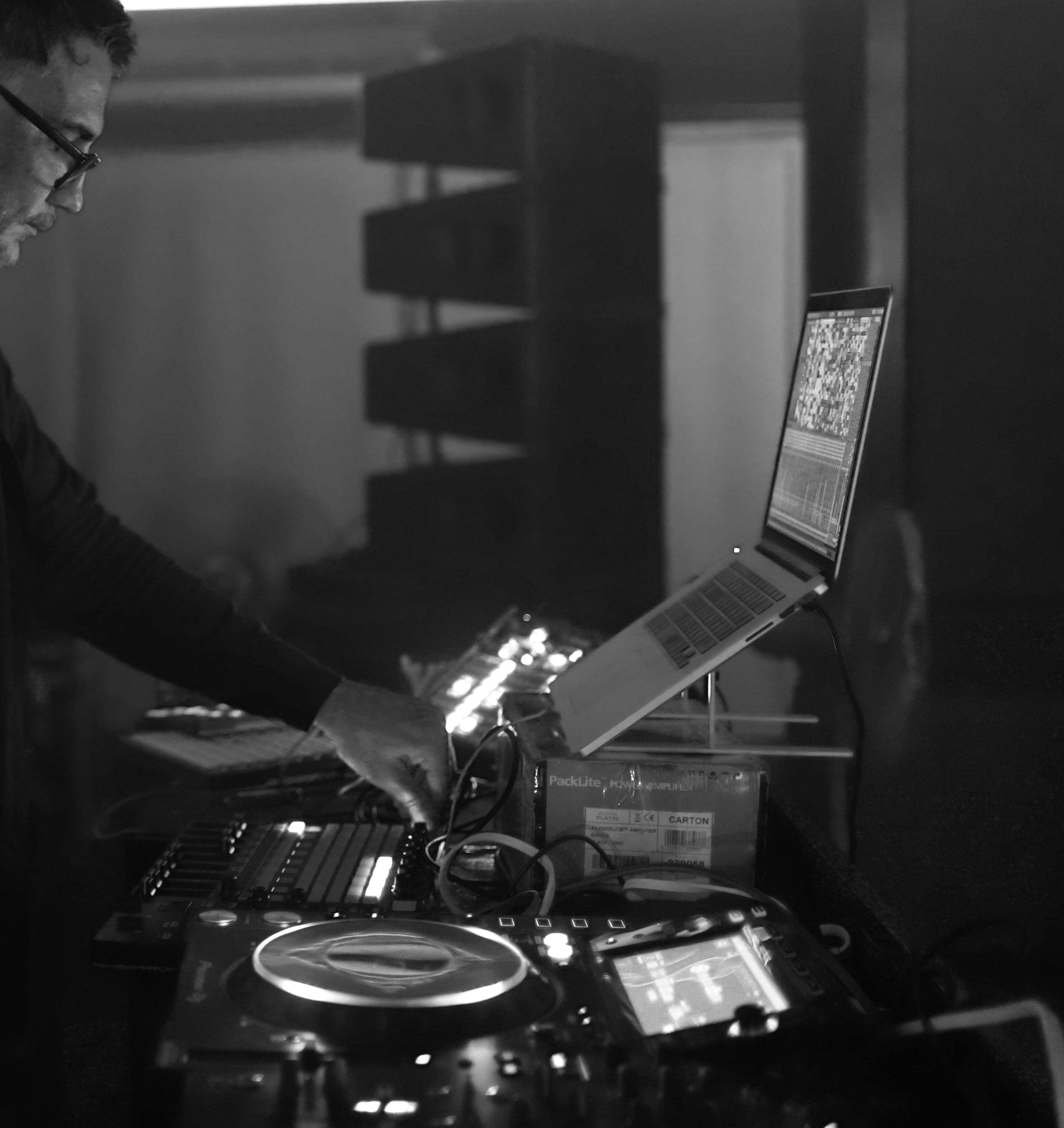 The production is awesome and me and my wife are delighted to share the stage together in this beautiful venue. The party is on! The crowd goes bananas and DJ Jade ends the show with a bang!!

After a good day of rest we put on our tourist shoes and cruise around town for another day before heading back to Bangkok where we will be based again for another 5 days.

We’re back in Bangkok! I love the city so much that I really wanted to make it our base for this mini tour. There’s so much to see and so much unbelievable food to eat — our hearts were full.

Being tourists for another four days we visited a lot of temples and went to a zillion markets and restaurants while in town for another 3 days. On day four, it was time to leave our beautiful pad in central Bangkok to head to our next show in Phnom Penh.

Another easy peasy trip to Cambodia of a couple hours of smooth aeroplane ride and we were there. It was my first time in Cambodia and I was in for a treat! Stewart aka DJ Strangefruit welcomed us with his legendary high energy and contagious smile; the man has been DJing around the globe for decades and owns his own club SO26 up in Siem Reap.

In great company, we are heading to our hotel for a few hours in mesmerising central Phnom Penh; the city is just beautiful and so vibrant — we are ecstatic. After visiting a beautiful local temple we are taken to the venue where Cyril Grouvel, the promoter of the night, is waiting for us with a glass of champagne in his newly opened venue and restaurant Le Manolis.

The place is magical — the French colonial building was renovated and decorated with exquisite taste and the food served is out of this world. Cyril and his crew made us feel right back at home and the atmosphere in the venue starts to switch slowly to a definite club vibe while DJ Strangefruit is warming up the place very nicely. DJ Jade follows the lead and the steam is on. My turn at the afterhours where the fire walked with me all the way to an amazing gin brewery right outside where the party kept on going until the first glimpse of daylight. What a night, what a crew! 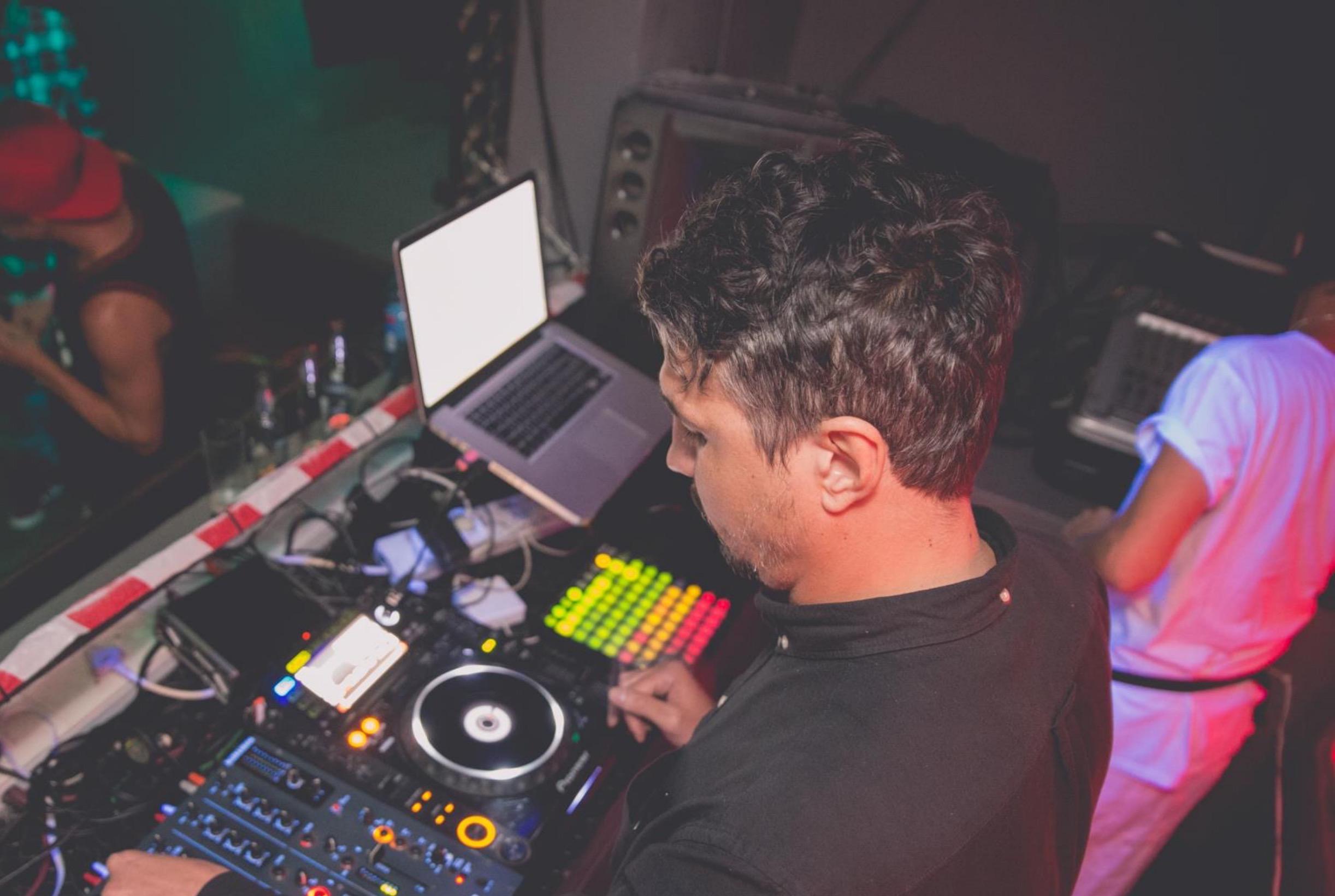 After a short stay in Phnom Penh it’s time to take the sky road again and this title is one of my places to visit on earth: Japan, here we come again!!

It's been a while since the last time I came to play at Circus Tokyo, I am super excited to make it back this time at the amazing venue Vent.

The journey is long as we have to pit stop a few times before landing in Japan and go through the extensive security, health and safety checks. The country has only started to open its borders to artists a few weeks ago and the measures are still fairly drastic. Nevertheless, the spirits are high and I can already feel the energy stepping out of the airport to enter the bullet train to Shibuya. The perfect weather is on the rendezvous and we are fast tracking through the beautiful Japanese countryside slowly fading into the Tokyo mega city architecture. 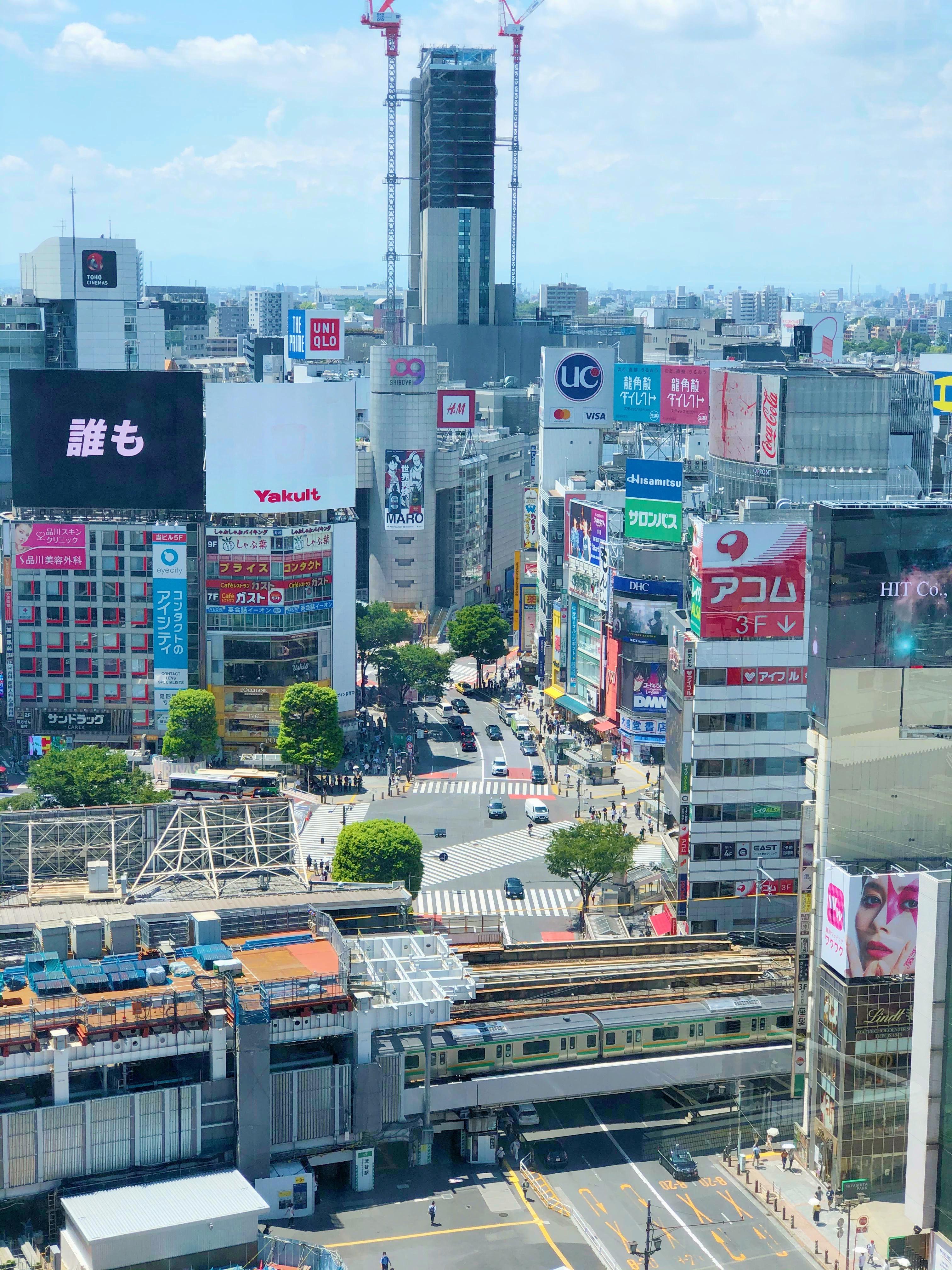 The hotel we are staying at has the perfect view over the famous Shibuya crossing where you can really see how dense the city is. Lurking around the city centre where lights and people mix in a feitoria of colours, sounds and lights, I am feeling in a daze. No matter how huge the city can be, everything feels still so small. It's a trip that I could never have enough of. Time for work!

My host Masa is gently taking me to Vent for my soundcheck. The venue is located underground on a very busy street in Shibuya. It feels like a hidden and secret place while descending the stairs down to the club and there it comes — the raw concrete walls appear in the darkness, it feels like Berlin for a second. I feel at home again!

Vent’s sound is just unbelievable, the quality is just perfect and I have no doubt that my sound will be perfect for it, and it was; playing my very complex soundscape and allowing myself to take some deeper routes throughout my show, it turned out to be a mind-blowing sonic experience of perfection.

It’s hard to leave Asia, but what a short but incredible journey, again!

Meeting some like minded people passionate for sound and music is always such a privilege and even more so when that happens in some of the furthest places from home. I just can’t wait to make it back next year for another mind-expanding journey through the ever so diverse array of Asian cultures.

DoubtingThomas 'The Promises 05' EP will be out on The Promises on 1 November. You can follow release updates here.