I was at a Hong Kong brand launch somewhere on Hollywood Road the first time I met Tedman Lee. I had just stopped in to grab a friend for some duck rice at one of our favourite hole-in-the-wall cha chaan tengs in Sheung Wan. As I walked up the stairs leading to the gallery, I was struck by déjà vu. The song tinkling out of the speakers was a 70s soul classic called 'I'm Your Puppet' by James and Bobby Purify, and I was suddenly back in Soho, New York in the early 90s.

This isn't the type of track you hear at an event in Hong Kong. Ever. I walked right to the back to investigate where I found three casually cool guys standing behind the makeshift decks. "I'm feeling you right now," I gushed. He smiled, we dapped and then had that simpatico moment that DJs and record nerds have when bonding over what is mutually deemed to be 'good music'.

After chopping it up with these guys for a few minutes, I found out they were a local Hong Kong crew who regularly DJed and threw a mythical party called ‘Night Of The Living Discoheads’. Their leader is a juggernaut of a dude named Tedman Lee, who’s variously in the band NI.NE.MO, directs videos and commercials and has his own creative agency. The other two in the crew were DJ MNI and DJ Tin Lok respectively. Their on again-off again party is essentially a homage to the Hong Kong disco era of the late 70s and early 80s, when Hong Kong artists and producers briefly turned away from sappy ballads and started ripping off western disco hits – occasionally with glorious results. Major stars like Leslie Cheung and Anita Mui were regulars in clubs like Disco Disco, alongside visiting luminaries such as Madonna, Kylie Minogue and Andy Warhol. Over on Kowloon side, the top clubs were Hot Gossip and Canton Disco, where DJs like Andrew Bull and DJ Susan cranked out the latest US and UK imports.

I caught up with Tedman Lee recently to find out what motivated him to revive this dance music heyday in Hong Kong and also get his take on the current state of affairs. 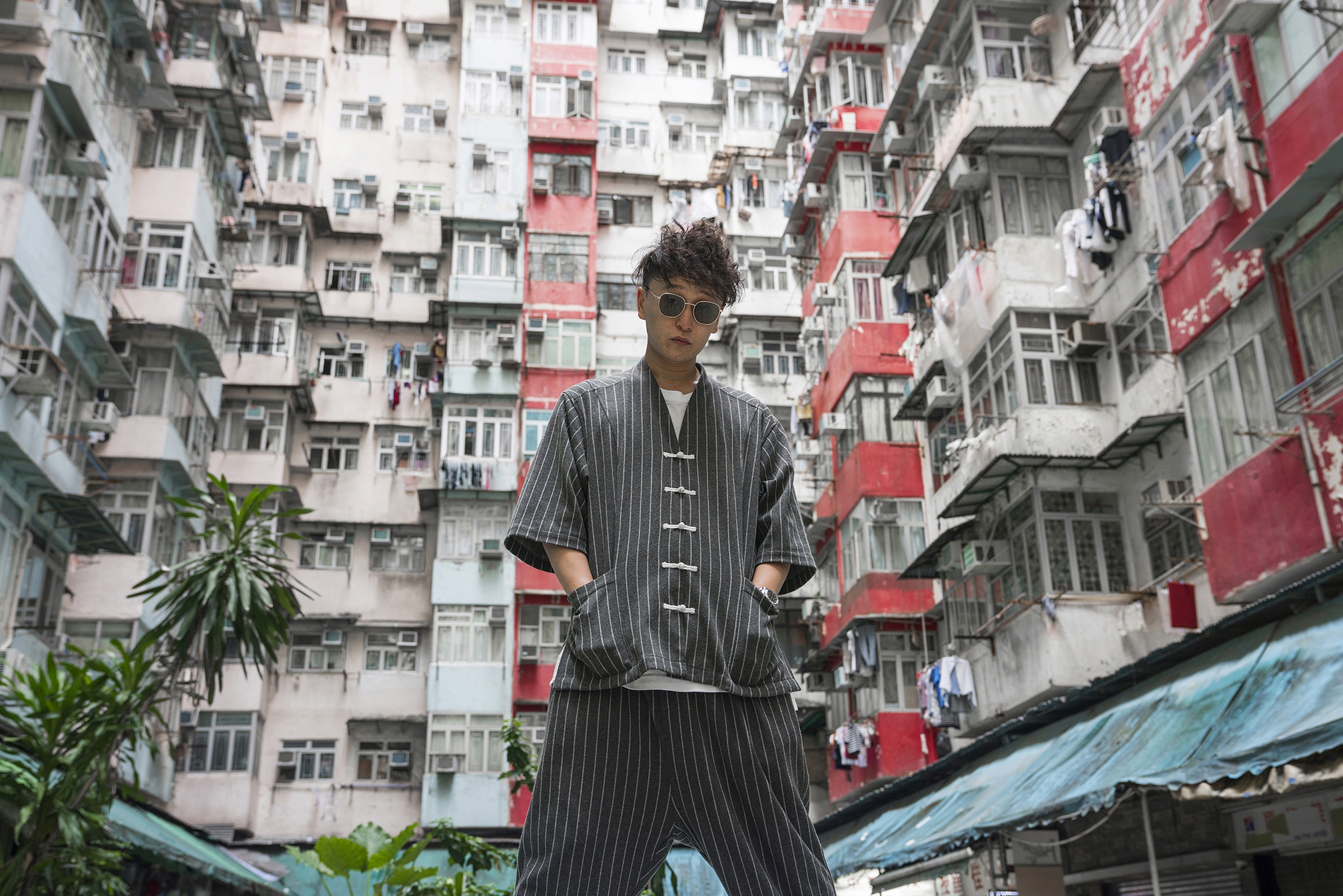 Are you a native Hong Konger? Your accent sounds pretty American.

Yes, I was born here and lived here until I was 10. Then we moved to Columbus, Ohio, and I lived there until I graduated from Ohio State. Then I moved back to Hong Kong in 2008.

When did you start DJing?

When I was around 18 years old, and still in high school in the US. My friend bought some Numark DJ gear and then realised it was more suited to hip hop. I bought it off him and started learning, mostly playing old school hip hop, funk and soul classics. I really sucked at first, haha. But I started playing around campus and at house parties and eventually got better. When I landed back in Hong Kong, I was more into the live band scene and I started my group NI.NE.MO. Then around 2012, I discovered Serato and started DJing again.

What style do you want to be known for these days?

These days I play mostly disco, funk and rare groove and I always play house music.

When did you really become aware of Hong Kong’s disco ‘golden era’?

I’d say around 2009 after I’d moved back and started meeting some old heads like Mido, a Hong Kong Indian guy who has a vintage shop in Sheung Wan called Select 18. I would go crate-digging there for funky old Hong Kong records. He had all kinds of crazy stuff like eyewear from the 60s and 70s and had been on the scene during that time. He would tell me so many amazing stories about the old days, especially about the Kowloon scene. It stoked my imagination and I got this idea to make a documentary about it — which is how I started directing actually, and where the name Night Of The Living Discoheads came from.

What I hear most from the people that were there is that the scene was really inclusive because people weren't super-rich yet. There also weren't many places to go dancing. Although Asia was experiencing a financial boom, Hong Kong was not the financial capital it is today. People got creative, dressed up, and created a scene that in many ways mirrored what was happening in New York and London, but with Chinese and colonial characteristics.

Who is your biggest influences in dance music?

Kaytranada from Canada is definitely one of my main influences. He has a smooth formula of being able to keep the music funky, fun, and dance floor-friendly, and always has the perfect balance of old and new elements. Also Bonobo, I really love. Just the other side of me – the downtempo trippy, mellow side of dance music.

What's the most epic memory you have from one of your Night Of The Living Discoheads parties?

It had to be the first one we ever did, in Kowloon. We threw the party at a place called Bar City in Jordan, which had been a club since the 80s, so the vibe was retro already. The owner was kind of amused when we told him what we wanted to do, but he was up for it. We weren't really sure what was going to happen. Still, we invited a wide variety of young club kids who all dressed kinda like it was a disco theme or 80s night. Then there were also many older, original golden era people who showed up and it got crazy on the dance floor. The young kids were hearing some old records for the first time, and the old heads were hearing lots of new stuff — but everyone just stayed with it. And the floor was packed almost from when we opened at 10pm until closing. That was beautiful. We were supposed to finish at 2am, but it was so packed, and the owner was making money, so we ended up going until 3:30am. 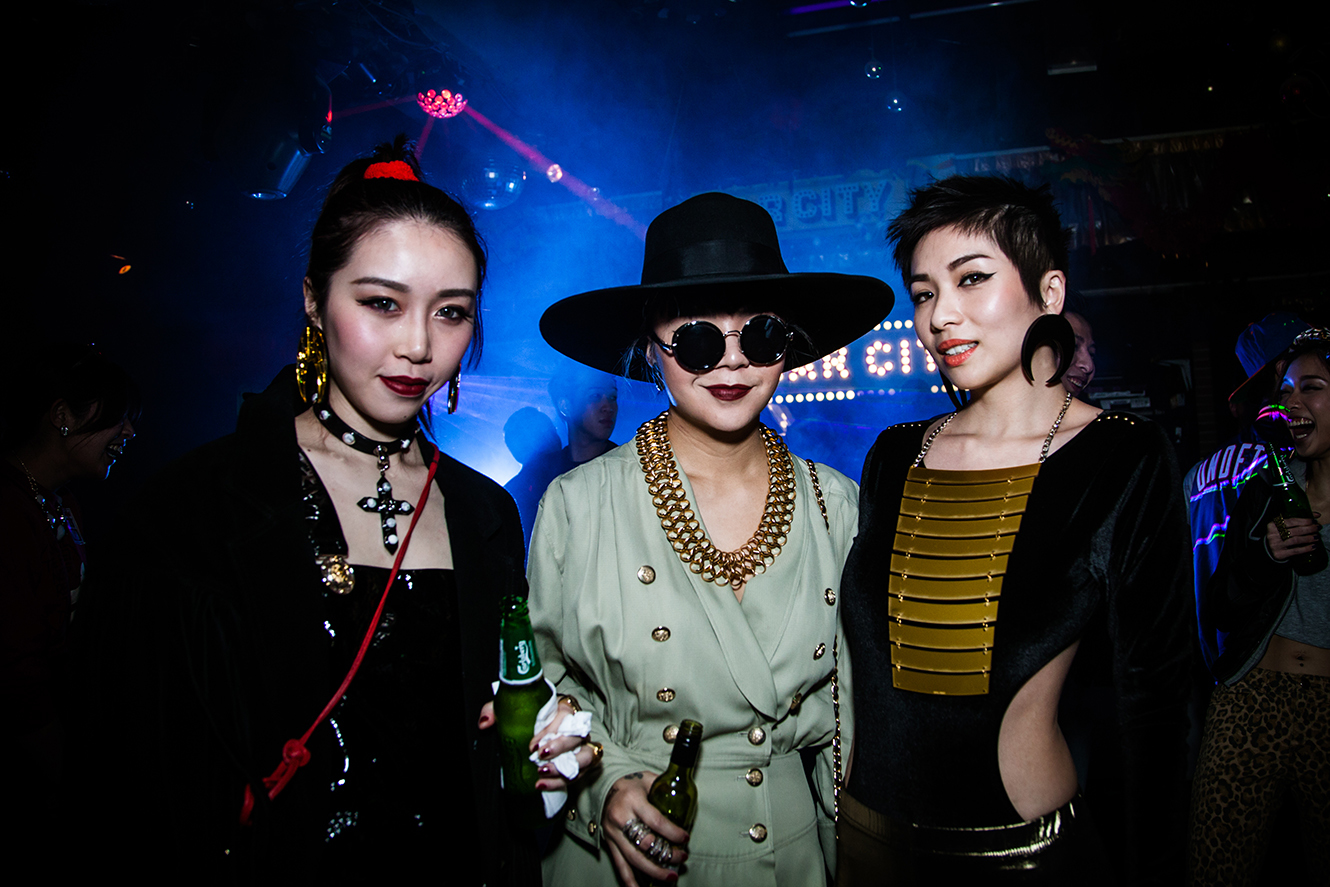 When's the next one going to be?

You know, we were supposed to do one a few weeks ago at Soho House, but with all the stuff going on at the moment in China, and people not going out as much, we cancelled it. But I still DJed and my crew was all there. I ended up spinning a bunch of that stuff anyway, plus old school hip-hop and RnB. I think the next proper Discoheads party will have to wait until everything calms down in Hong Kong.

Well, for me it's been a pretty busy time creatively. I've taken a step back from video and commercial directing and have been focused on a secret clothing line I started called The Private Label — which is club-inspired. I've been dropping things quietly since around 2017, and then last year I did a pop-up store to officially launch it. That's been taking up a lot of my focus and energy. Also, I've been in the studio working on music production, and I started a monthly playlist series in January called 'Private Radio' — sort of like music that you chill and dance to at home, which is kind of ironically perfect for everything happening right now. Have a listen to it here.