I love lists. Anyone who knows me knows that they are central to my way of life. Top 10 Action Movies of the Year. Top 10 Country & Western Songs of the past decade. Top 5 Spicy Wings places in Austin. Anything that counts down…something; I’ll take it. People — ok, I — seem to have a need for a device to help whittle down an overwhelming array of information and data into digestible bites.

A dirty little secret: You know the DJ Mag Top100 list? Yeah, I even love that one. True, they are our crosstown rivals, but their annual ranking of the world’s “best” DJs helped provide structure to a messy, disparate set of data. Sure, it’s like trying to compare apples and oranges to a birthday cake to a power saw, and then rank them against each other. But at least it’s something to hang your hat on.

Anyone living in Asia — and especially in China — over the last decade knows that this specific ranking took on an outsized importance during the rapid growth of the dance music scene in the region. For a few years, almost the only question promoters and fans ever bothered to ask was: “What’s his or her rank?” (As if to say, “Don’t even bother me with getting dressed to go out, if the DJ isn’t on the list”).

Why was this single data point so valuable? In the early days of dance music in Asia, knowledge of the genre was still relatively limited. Fans liked the sound, but they hadn’t grown up listening to the genre or the artists as many had in the West. Essentially, with a few homegrown exceptions, it was an imported product. Like the Wine Spectator rankings giving guidance (and unearned confidence) to a novice oenophile, a “number” assigned to a DJ provided an easy way for a fan to gauge the performer’s value. So, in a market that was new to the dance genre, the rankings assumed an oversized role. It was a tool, a crutch, a way to appear “in the know” for fans, and, of course, a vehicle to enable promoters to jack up ticket prices. 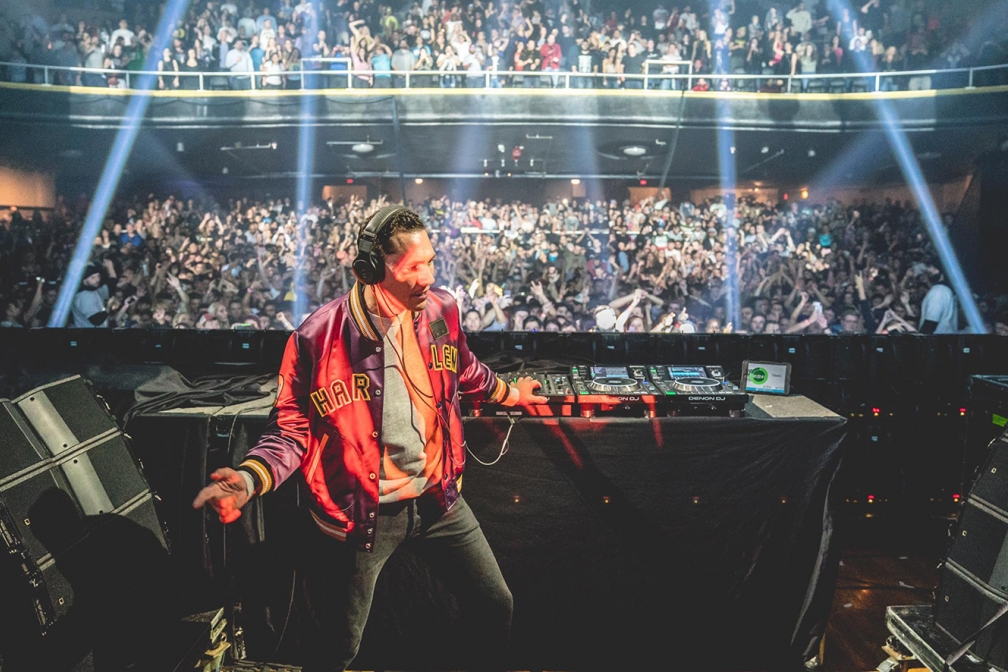 Promoters seized on the perceived credibility and infallibility of almighty Top 100 list, discovering they could charge top prices for DJs that had placed well in the rankings. Fans trusted the metric — as they didn’t have a lot else to go by, at first — and were willing to shell out for these shows. The higher up the list a DJ placed, the more fans were willing to pay. As a DJ moved down the list, they became less attractive (“Ugh, he’s a lowly #57…fine, I’ll go anyway”), and once the DJ fell off the list entirely, promoters could only charge peanuts for entry. In this still-developing market, fans had few other methods to judge the merit of an artist. It was almost binary: On List, Dance God; Not on List; Worthless. I’m not expressing an opinion as to whether the methodology of this particular ranking was valid, credible, fair, unfair, etc., just the fact that there was clearly value to a DJ in being on it.

While the reign of this single data point lasted, life was great for those on the list. How much exactly was a spot worth? Let’s take a look at the economics.

How economics come into play

It’s probably easiest to take this in groupings of ten (and let’s look at Mainland China, where it is generally agreed that the ranking effect was most pronounced). During the frothy years of 2012 to 2018, for a club gig, a Top 10-ranked DJ could expect to earn about US$110,000 a show (actually, the top few spots could get multiples of that, but, let’s be conservative). A DJ in the #40-50 range could take in about US$60,000 at the same venue. Finally, an artist in the #90-100 range could squeak by with a payday of about US$30,000 (still not bad for a couple of hours work). But, once we moved outside the Top 100, prices plummeted. An average gig for a solid-but-unranked international DJ might be something like US$2,000-5,000. Pity the DJ at #101 spot; so close, yet so far.

The income differentials? As an international DJ moved up from #90-100 to #1-10, he or she would earn, on average, an extra US$80,000 per show. Let’s assume said DJ played twenty shows in China in a given year. That’s US$1,600,000 in extra income that year — just for China. In other words, every one-spot increase in rank was worth about an extra $888 per performance. Again that’s $888 extra revenue per every single spot increase in rank, for every single show played. It adds up fast. As a result, one can see why managers were willing to invest to ensure their clients placed well in the rankings; there was a significant return on investment.

It was good while it lasted, but by 2018 the economics began to change. To see why, as usual, follow the profits. There was a seesaw of shifting oversized returns to different players in the industry as the market developed and rationalised over the decade from 2008 to 2018. At first, promoters benefited the most, as they were able to increase ticket prices for top-ranked acts, convincing fans it was worth the extra money. But the highest-ranked DJs caught on fast, realising they could raise their prices to stratospheric levels, as the promoters were relying on their “number” to fill up the clubs. Hence, over time, a good portion of the excess profits shifted from the promoters to the artists. By relying exclusively on the rankings as the selling point rather than cultivating a diverse market, the promoters had created a monster that came back to bite them. Hard. In time, the promoters realised this business model wasn’t sustainable and started to look to break the monopoly of this single data point, as the market had become top-heavy and unsustainable. They had no choice but to try to convince fans that other acts, outside the Top 100, were “worth” seeing.

Actually, the fans themselves helped topple the system. As the market in Asia matured, dance lovers began to search further afield for more interesting, esoteric music. True, the Top 100 artists were still interesting to many, but consumers wanted more variety. They started to dive deeper, exploring the nooks and crannies of the genre, which helped create a healthier, more diverse market. Fans were increasingly willing to seek out – and even pay to experience — interesting emerging artists, even if they weren’t on the Top 100 list.

Do lists still have room in the current music climate?

Which brings us to today. As I said, I love lists. In my view, the Top 100 DJ list still has value. Credit where credit is due. It’s a guide and a great entry point for new fans seeking to learn about the genre. But, luckily, it’s no longer the sole data point that defines perceived value. Yes, it still has some marquee draw, but the market has matured and diversified beyond that. Dance fans now rely on multiple data points, including charts, peer input, social media chatter/reviews and, refreshingly, individual judgment. Accordingly, the value of a spot has declined over time.

As I often say to my snooty wine drinking friends: “If I like to drink “low rated” vino, that’s my prerogative. It’s personal”. (Seriously, there’s nothing wrong with wine-from-a-box). Fans have come to realise the same with dance music. They don’t need to rely on someone else’s list to tell them what they like. So, maybe it’s not Ding Dong the Witch is Dead with respect to the rankings; it’s even better: Now there are multiple “witches” (ahem, sources of data and points of view) floating around, informing a healthier market, where both ranked DJs, as well as unranked-but-talented artists can thrive. Good news indeed.

“A clear head on a Sunday morning is a gift”: Why DJs & ravers are embracing sobriety