For more than a decade, Conrank has been mashing up the place by establishing himself as a bass music artist who loves to break new ground. His productions can go from melodic to frenetic at the drop of a hi-hat, and he’s earned quite a reputation for tearing down any and all dancefloors he encounters. Conrank caught the ear of DJ shadow in 2016, and since then has performed alongside Skrillex on Boiler Room, worked with The Prodigy on an official remix, signed to legendary record label Circus Records and performed at some of the biggest festivals around the world including EDC and Shambhala.

With Covid cancelling touring and international travel for the foreseeable future, Conrank is hard at work on his second album. “I’ve obviously had a lot more studio time on my hands, so I’ve been working really hard on my second album. I’ve been singing on a lot of my new stuff which is something I’ve wanted to do for a long time, plus also working with more musicians like guitarist Gwen Latiffe has been really liberating.”

With his wife in tow, Conrank decided to move to the French countryside. “It was a spur of the moment kind of thing, and we weren’t sure how it was going to go, but the quiet has really given me a ton of headspace and time to be creative. My wife and I bought a house built in 1611 on the southwest coast of France, which was kind of mad because we did it over the internet. We hadn’t seen the place or visited the area but you have to take risks in life sometimes and just go with your gut. It’s how I got into music and that paid off. Luckily this gamble has paid off, too. We are so happy here and love the house.”

Besides music and home refurbishing, Conrank has his hands all over cryptocurrency. Here’s a beginner’s guide straight from man himself:

First of all, before we discuss cryptocurrency, BIG DISCLAIMER! I am definitely not a professional - amateur at best - so please no DMs telling me my advice lost you your life savings. This is not financial advice, just my personal view on things.

I started getting into crypto about four years ago. A friend of mine, Spencer Tarring, told me in a quick Facebook chat that I should buy Ethereum. Shortly after, I was chatting to Ivy Lab and they told me they were involved. I was intrigued so pretty quickly I grabbed one ETH coin. I was nervous and didn’t really know anything about what the whole crypto game was all about, but it seemed really interesting to me. This whole idea of decentralization was kind of mind-blowing, so I decided to get involved.

To be honest, after that I just sat on a few coins and focused on my career, every so often taking a look to see if I’d made anything. It’s only been during 2020 and lockdowns and having time at home instead of in hotel rooms and airports that I've taken a closer look and learnt more about the whole thing. 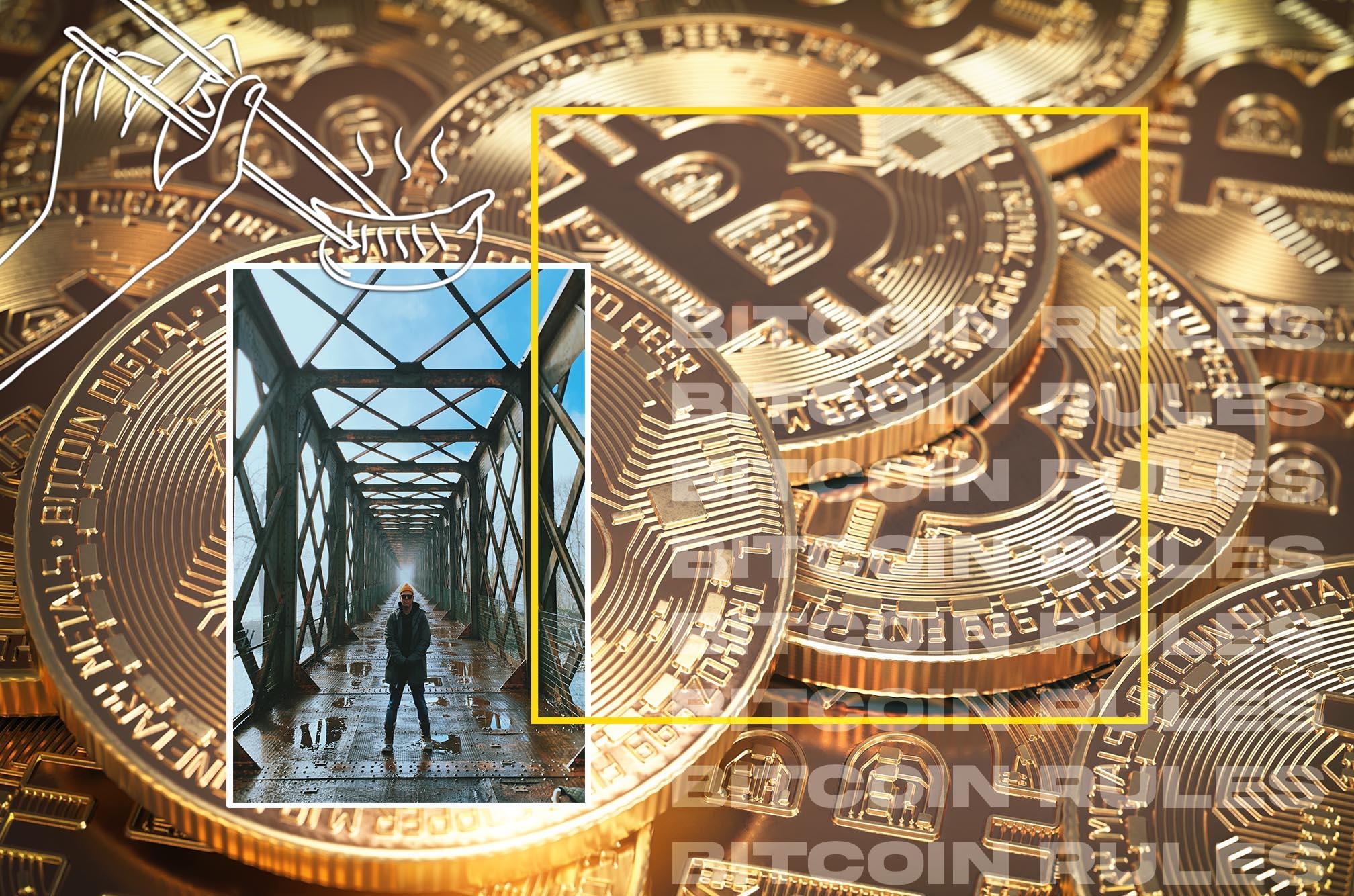 Bitcoin is the number one for me. It’s so solid. I mean Elon Musk just started accepting it for Tesla and word on the street is Apple is next. I have friends who have bought houses with a year’s worth of BTC growth. That’s so crazy. I was told to buy some when it was a few hundred dollars a long time ago. I thought, ‘Nah, how can one going possible be worth more than a few hundred’…. let’s just say, that’s one big regret I have. 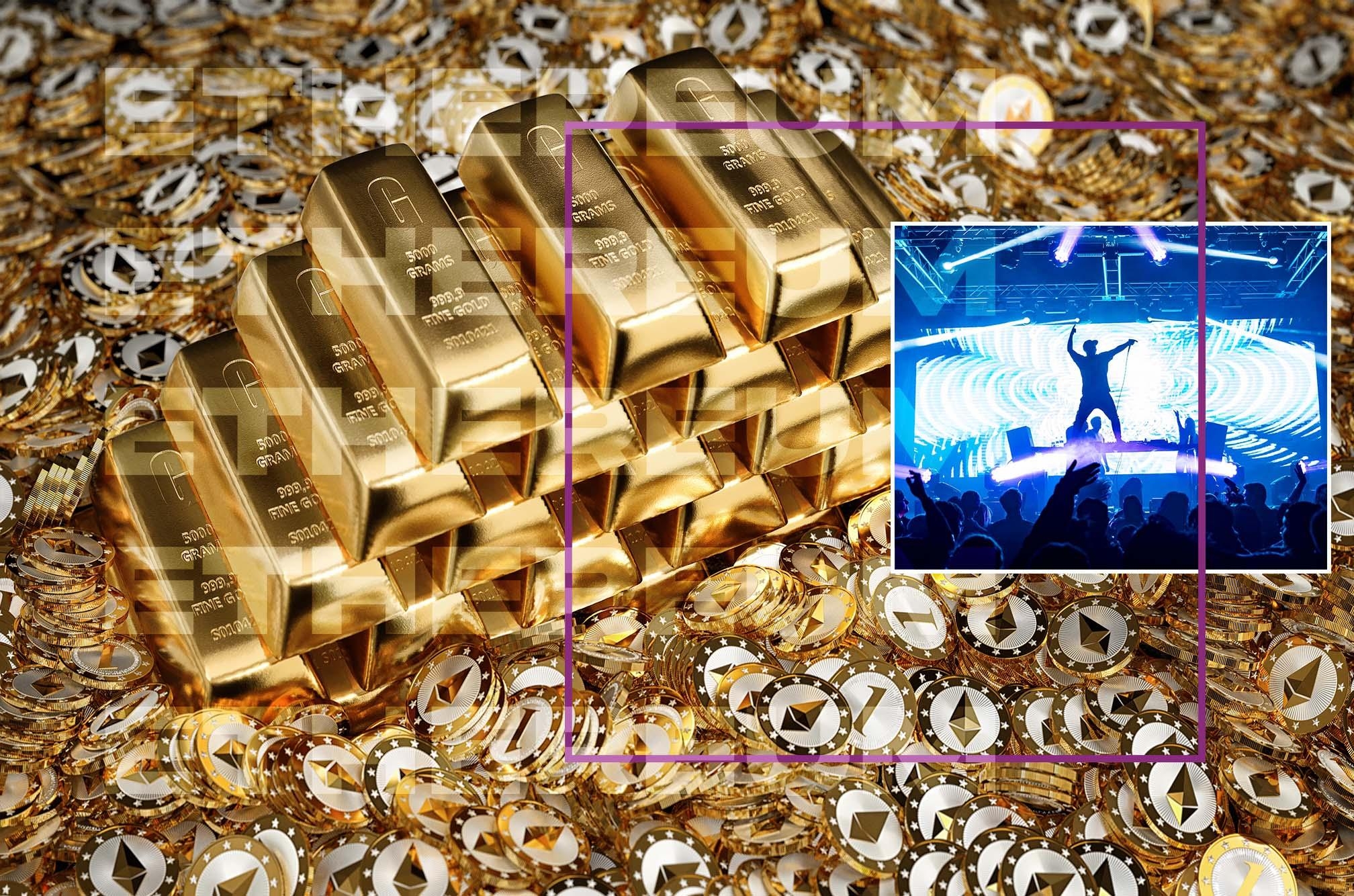 Ethereum is where I made my first bit of money, and Ether 2.0 is on it’s way, which will be a big step with lower fees and much more processing capabilities, Ethereum is definitely a close second to Bitcoin. My little brother had a stack of them, and in a house move lost all his logins and wallet addresses. After three years he admitted defeat and then a month ago he was unpacking a small box and on a tiny scrunched up bit of paper at the bottom were the details, I got a voice message from him just screaming with joy about five minutes. 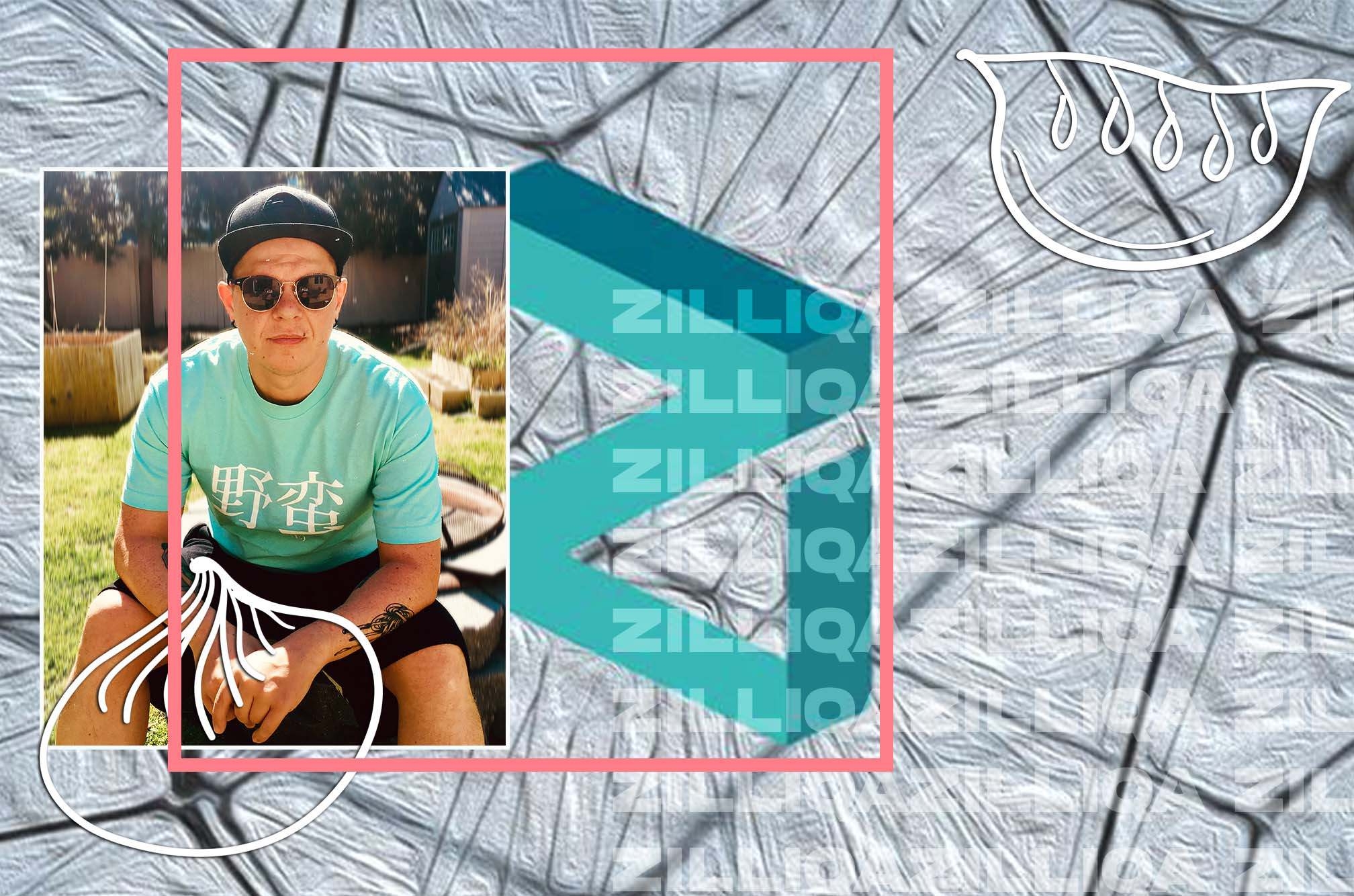 I’ve been buying Zilliqa recently. I think it still has a lot of growth to do, and is a great bit of tech that helps make blockchains faster and more scalable. For example Bitcoin and Ethereum can make use of this to make their transactions faster. Some worry that Ethereum 2.0 tech may make Zilliqa obsolete, but I personally don’t see that being an issue for a long time, if at all. We will see though, no one knows the future. 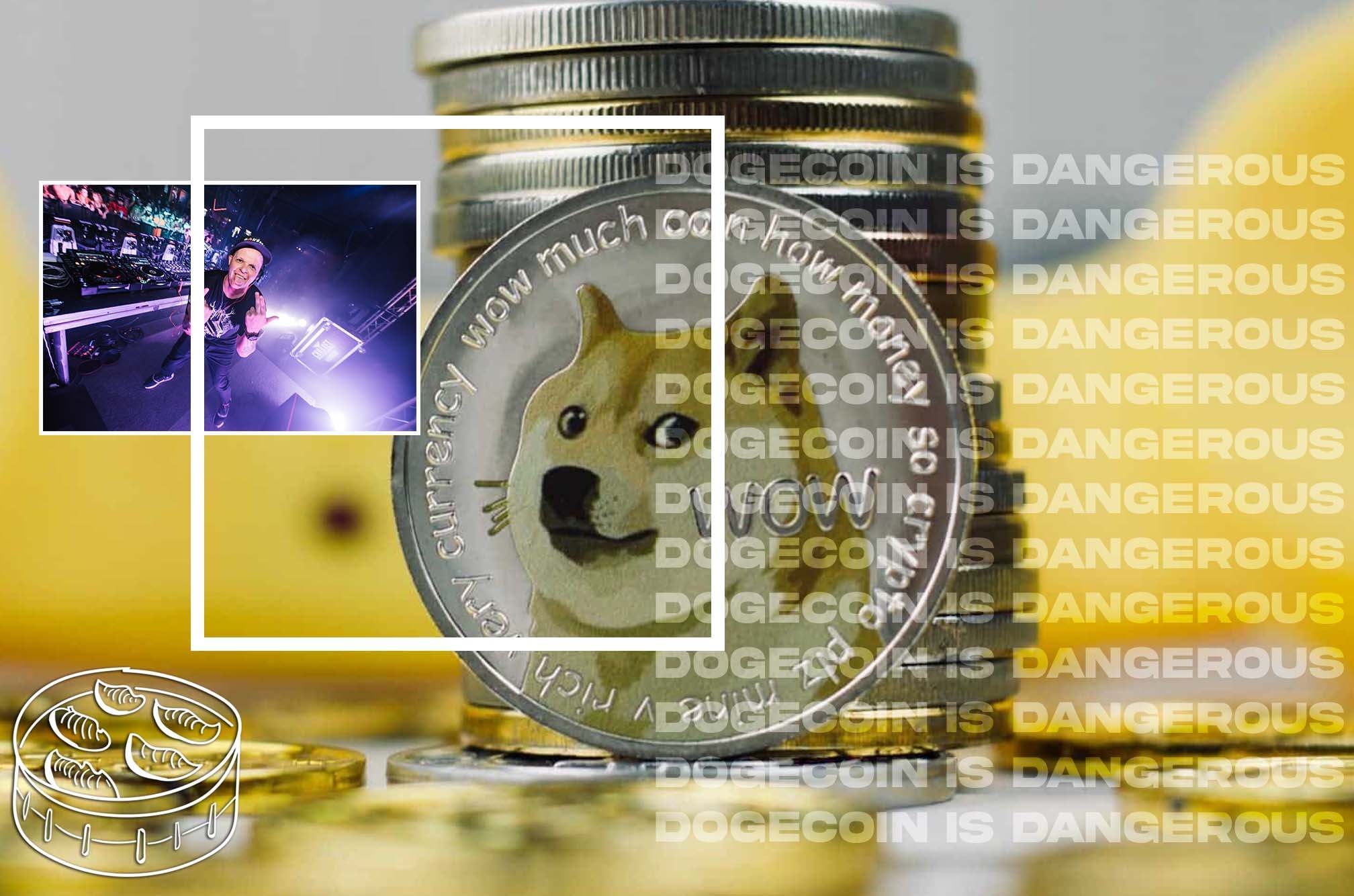 Well, a couple of weeks ago late at night I went against all the advice I was given and, in the middle of the night, I stuck all my crypto into DOGE...aaaaand quickly lost 80 percent of my portfolio. Not fun, however, I’m clawing it back as we speak. Phew! 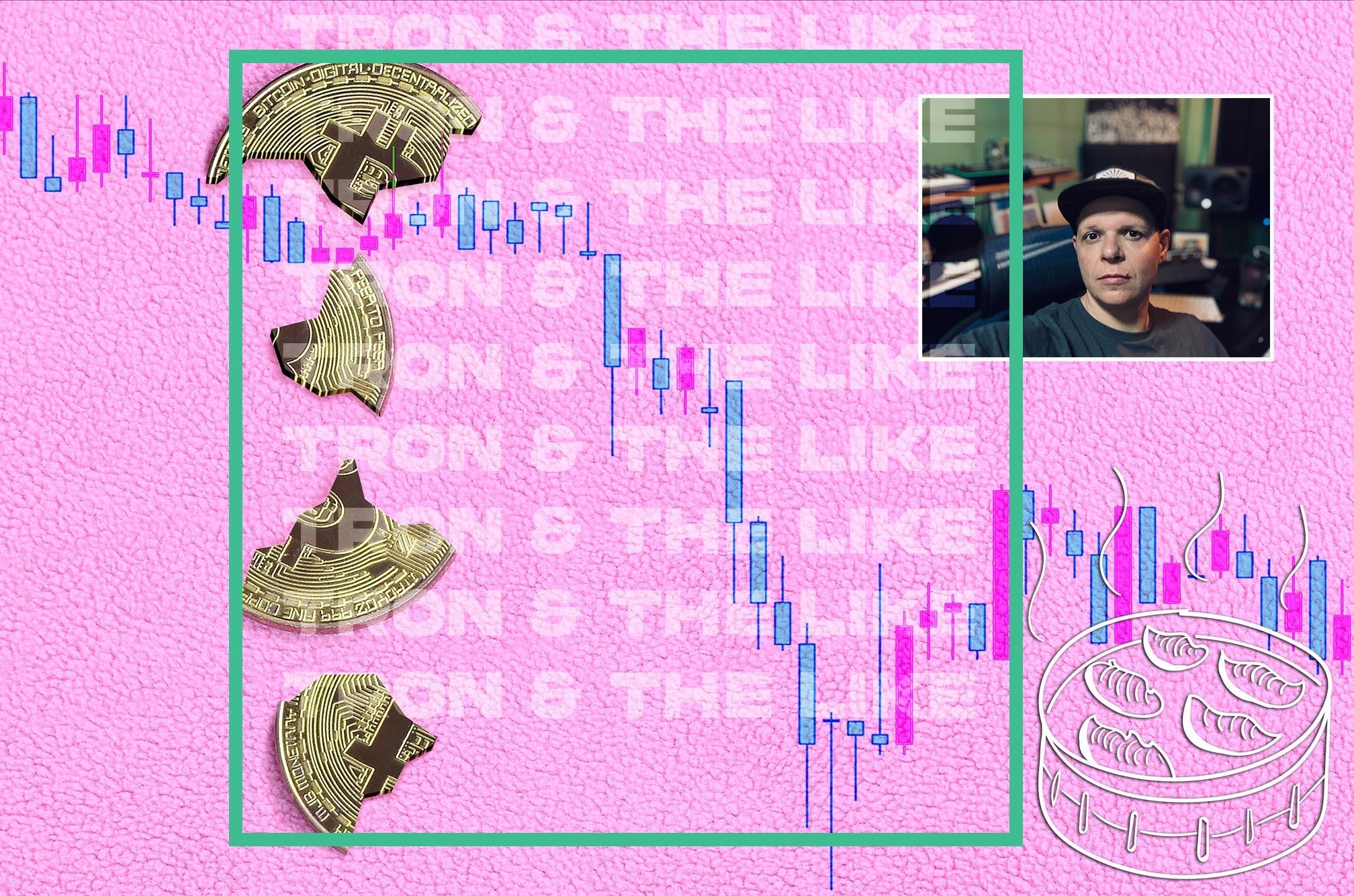 To name the worst crypto would be hard. I mean TRON got called out for plagiarising and DOGE lost me a chunk of money and was made as a joke basically, which is actually kind of cool. It’s hard to say what not to touch, but if you see something pumping or being pumped and Reddit groups and Twitter telling you to buy it, the best thing to do is not touch it because you are probably too late by that point and will end up with a loss.