For an Asian kid growing up in one of Glasgow’s roughest council estates in the 1990s, there wasn’t much to look forward to. The local police station knew my family well, seeing as they were at our house at least once a week due to the racism my family endured. When I was eight-years-old playing outside with my siblings, a local white teen pulled out a machete on us. The police did nothing and it didn’t make sense to me. It didn’t even cross my mind at a young age that there were others like me out there. I thought it was impossible that anyone could relate. Then I came across Asian Dub Foundation and their 1998 album, 'Rafi’s Revenge'. I realised that they were connecting Asian generations.

The album’s raw sound hit home. Here were a bunch of visibly Brown guys making music about colonialism, police brutality, politics, racism and what it means to be a British Asian. It was pretty much unheard of. Combined with their beats and fast lyrics, it made them stand out more than the generic all-white Britpop and indie bands circulating at the time. Each member of ADF had their own diverse background and they used the influence of the music they learned about from their parents and combined it with acid house, dub, hip hop, reggae, post-punk and any other genre born out of the underground to fight back.

They wouldn’t ever shy away from the message they wanted to get out. Music journalists were confused at their level of directness and didn’t know how to take it. As for me, when I saved up my lunch money to buy a copy of NME to read more about them as a kid, I realised I wasn’t alone. For any South Asian growing up in racist Britain in the 90s, 'Rafi’s Revenge' made us know we’re not alone. 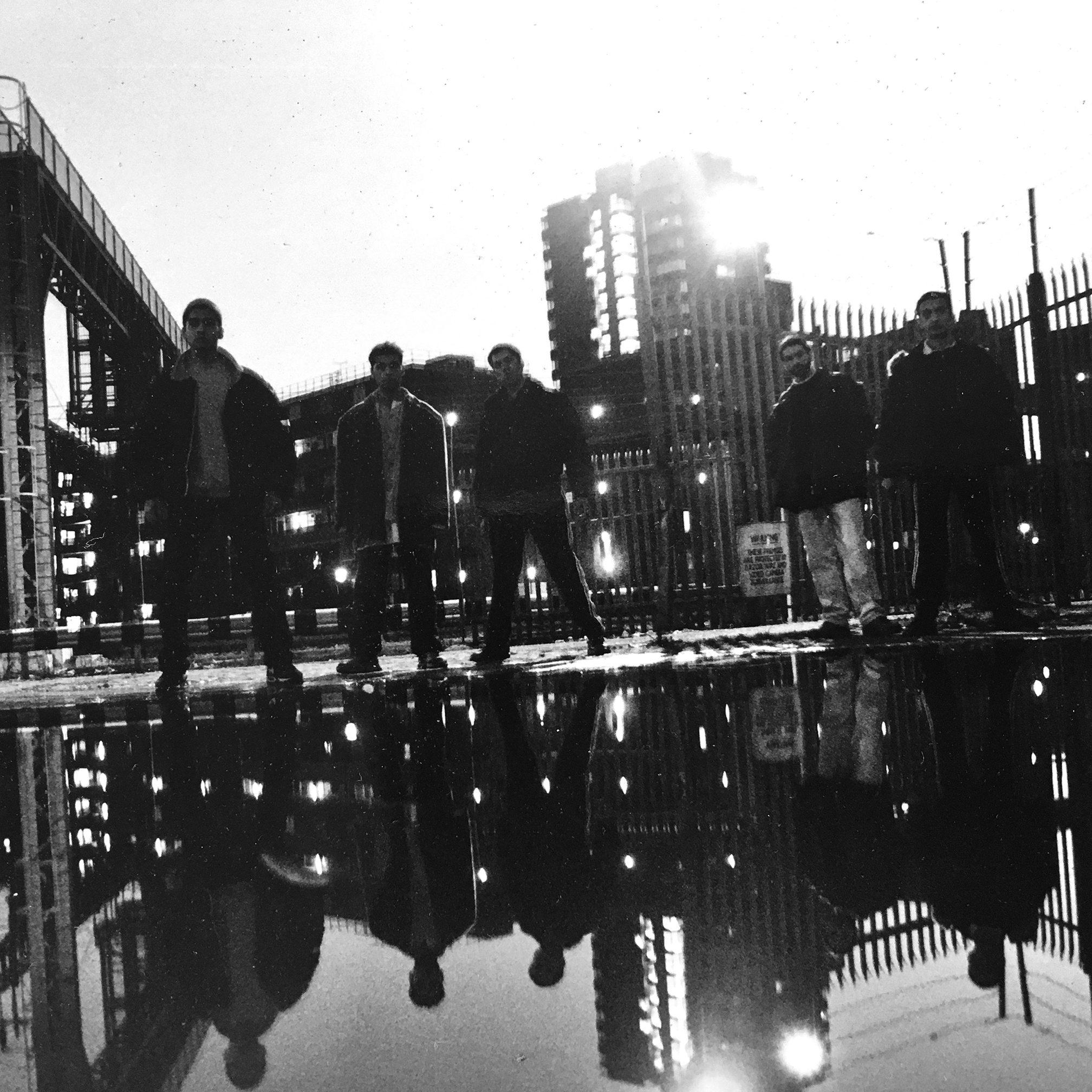 “I think what is an essential part of British Asian culture, is having to deal with bloody horrible racism growing up, not just being bullied in school, being pushed around, but turning on the television in the 1970s, every comedy show where Asians are ridiculed — and it’s ok, you’d see a comedy show and the next day you’d get pushed around and that joke would be thrown back at you,” says Steve Chandra Savale, also known as musician and singer-songwriter Chandrasonic. He has been a member of Asian Dub Foundation since 1994 and grew up on the outskirts of London in the 1970s. Back then, he was attacked by skinheads, hassled by police and saw the National Front on a regular basis. “People always complain about political correctness - you want to try living in a politically incorrect society. It took a longer time for people like us to start expressing our identity and say we’re not going to put up with this.”

Music journalists didn’t know what to do because when they think of Asian music, it’s either Bollywood love songs or 'Mundian To Bach Ke' by Panjabi MC. But Asian Dub Foundation were miles away from the stereotype that South Asians are usually boxed into. When ADF was formed in 1993 by Pandit G, Dr Das and their 15-year-old Bengali student, Master D, it was still very much a community project. Chandrasonic joined a year later. One thing was clear for the early members: they wanted rid of the misconceptions.

“In the early days, ADF was dead set against - in fact, we were very aggressive and confrontational about the stereotypes of Asian people,” Chandrasonic says. “We were either pretty bhangra dancers or we were hippies or we were the smelly P*kis down the road. We set out to literally smash that, all three of those.”

It wasn’t just about what was happening in the UK, either. The song 'Naxalite' was deliberately done as a re-addressing of Indian history away from the narrative of old, white, English historians who romanticised Gandhi.

“Gandhi is just one figure in Indian history. But it’s very convenient for the British colonial history to say: ‘we were friends with him’ and it was nonsense. My father was opposed to Gandhi. So we did the song 'Naxalite' which is about revolutionary Maoist insurgent guerillas, which goes totally against the stereotype of India,” Chandrasonic adds. 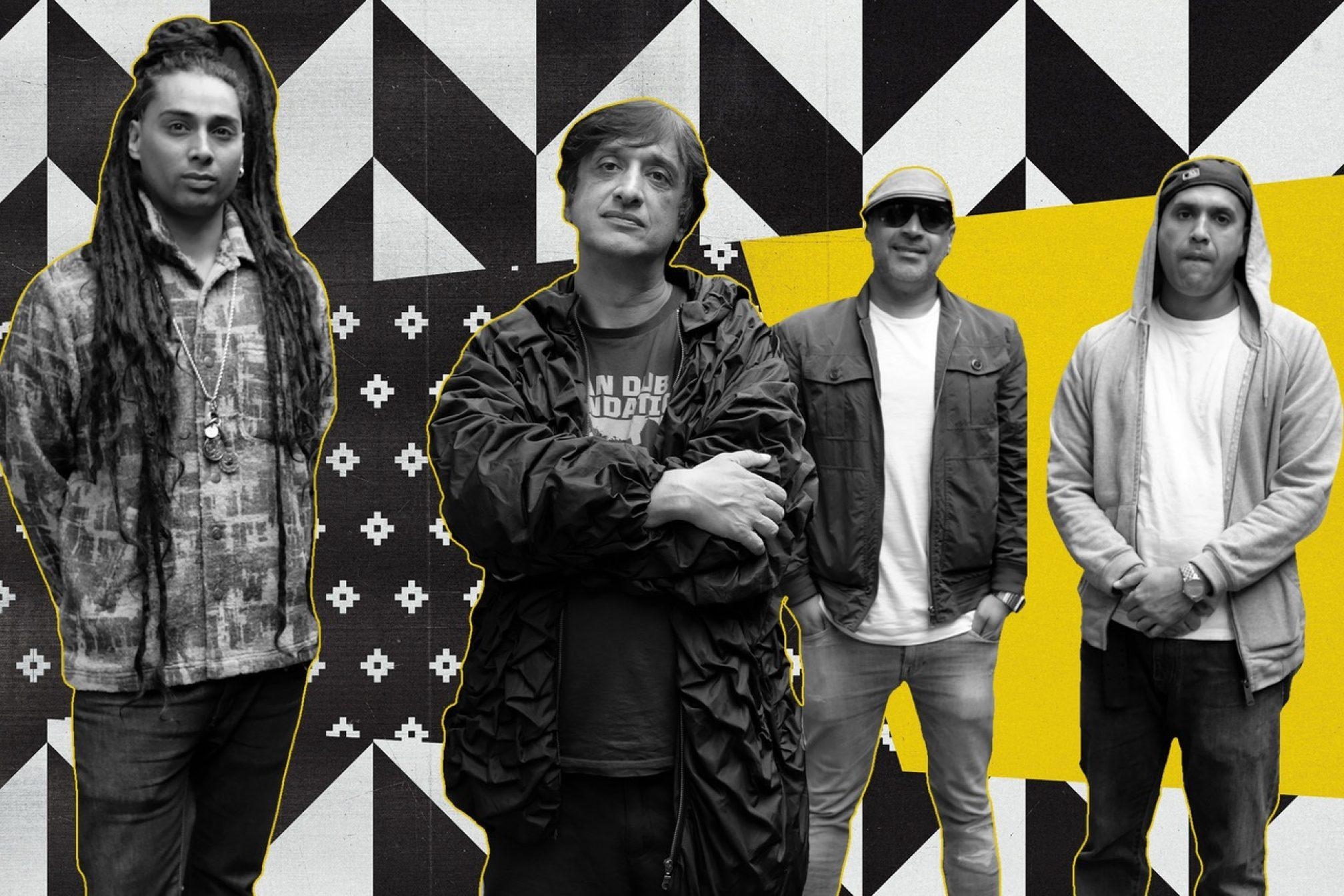 Every song in 'Rafi’s Revenge' was wired to getting justice. 'Free Satpal Ram' was about a 20-year-old son of Punjabi immigrants who spent 15 years in prison for killing a man in what he said was self-defence during a racist attack. He was mistreated by the prisons and failed by the justice system. When the track was released, Primal Scream and Radiohead got behind the campaign for his release, something that ADF played a big part in. And it goes back to their grassroots and own lived experiences. To resonate with that, it doesn’t really matter what generation you’re from.

“I was born in the 80s and racism was still pretty much in your face in that period and even in the 90s. I was in the heart of where it was at its worst,” band member Aktar Ahmed, who also raps under the name MC Aktarv8tr, explains. “You’d see your neighbour casually ask about the ‘P*ki shop’. I remember in the corner of Brick Lane back in the day where it met Bethnal Green Road, that was the hangout for the NF and BNP. Every Sunday they used to be there intimidating everyone going to the market. It was finally when the Anti-Nazi League got together and thousands of people marched to get them out of that road and never come back again. Since then it still exists, but it’s just not in your face. A lot of plastic smiles and it’s all behind closed doors now. Since Brexit happened, it’s given people the green light to come out again with casual racism. When 9/11 happened, shit started getting in your face, and then later Brexit happened and that’s just given everyone the greenlight to say what they want. But we survived. It’s made us who we are today by coming out of those experiences.”

The visibility of British Asians forming a group in the 90s wasn’t in the interest of the mainstream. Racism within the music industry was ignored for decades and even as Chandrasonic was growing up. When he was 14, he wrote a letter to a music publication after a feature led with member of Madness reportedly saying, “we don’t care if people are in the NF, as long as they’re having a good time”. Chandrasonic didn’t send the letter in the end because he was “timid as fuck” but remembers writing that it wasn’t right if the NF were present at Madness gigs, as it put people of colour in danger.

In the near two decades since Asian Dub Foundation formed, they’ve connected Asian generations and what their lyrics stated back in 1998 very much resonates with the generations to come. For many young people of colour, we remember coming to terms with a world full of discrimination post-9/11. But then Brexit Britain made racism even more open-air than before. 'Access Denied', which was released in September 2020, echoes what newer generations are facing in the same way 'Rafi’s Revenge' did back in the 90s. It targets the climate crisis and hostility towards refugees. The ardent social media campaigning to get the single 'Comin’ Over Here' featuring comedian Stewart Lee to number one was a success, topping the Number One spot in the official singles downloads chart spot in the first week of 2021 as the UK formally left the EU.

“ADF inhabits a different space,” says band member Nathan 'Flutebox' Lee. “There’s young producers who I’ve talked to doing their stuff and they will understand the continuity between 'Rafi’s Revenge' and what it stands for and I think that will be how they relate. They will understand where it sits artistically and politically.”

That’s because young people of colour will always care about these issues.