For a third culture kid like Angela Steps aka Angelita, growing up meant traversing across continents too often. Having lived in five different countries by the time she turned 14, it was inevitable for the now 30-year old artist to fall in love with visual narratives; to commemorate memories of places and people she’d soon leave behind. 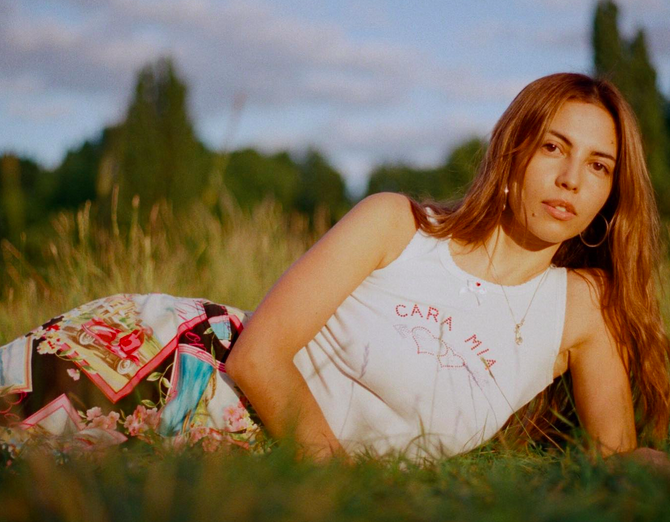 Angela’s life-long exposure to multi-faceted cultures and communities — and her ardent desire to document — would then land her a five-year full-time job as part of Boiler Room’s video production team. On top of monitoring thousands of DJ sets, she directed the BR feature film, To Live and Die in Manila, an introspective documentary that highlighted the Philippines ’ political unrest through the eyes (and music) of local underground artists.

Born in Hong Kong to a Filipino mother and British father, Angela is currently based in London as a freelance filmmaker and photographer. However, it took the first lockdown of 2020 for a newfound passion of hers to unravel.

“Like a lot of people, I lost passion for what I was doing at the time which was visual art, and I found more meaning in challenging myself to try something new. I was sharing a studio space with Bone Soda at the time, and suddenly the CDJs looked good to me when I’d previously never gone near them,” she explains. “Instead of editing video, I was editing music, and there was a real satisfaction in that transition, and it kept me inspired during such a disorientating time. With a lot of encouragement and advice from my friends, I finally recorded my first mix and I have to credit the music community around me for believing in my selections even though my skill is still catching up.”

It wasn’t long until she was doing shows for Rinse FM and NTS, and owning the sweatbox at Colour Factory, Spanners, The Cause and Tate Modern.

Despite living over 6,000 miles away from her motherland, it was her regular trips to the Philippines that helped carve her creativity, and further her connections with local underground communities. Her most recent trip had her behind the booth and belting out heaving tracks during Tektonik at Futur:st, one of the very few subculture spaces left in the metropolis.

“I spent so much of my childhood here in Manila and a lot of who I am as a creative person is informed by those memories. Every moment I spend here as an adult provides more context to those memories, and when I learn more about the Philippines culturally, I’m also learning more about myself. I’ve made some really good friends here through music and I’m just excited to share their talents with people at home in the UK. That extends to the talent here in filmmaking which I’m really looking forward to working with further. I’m very grateful for the people I’ve met and I’m so indebted to them for allowing me in, the least I can do is create bridges between Manila and where I live in London. It would be a dream to be able to bring all of my favourite DJs here to experience nightlife up and down the UK.” 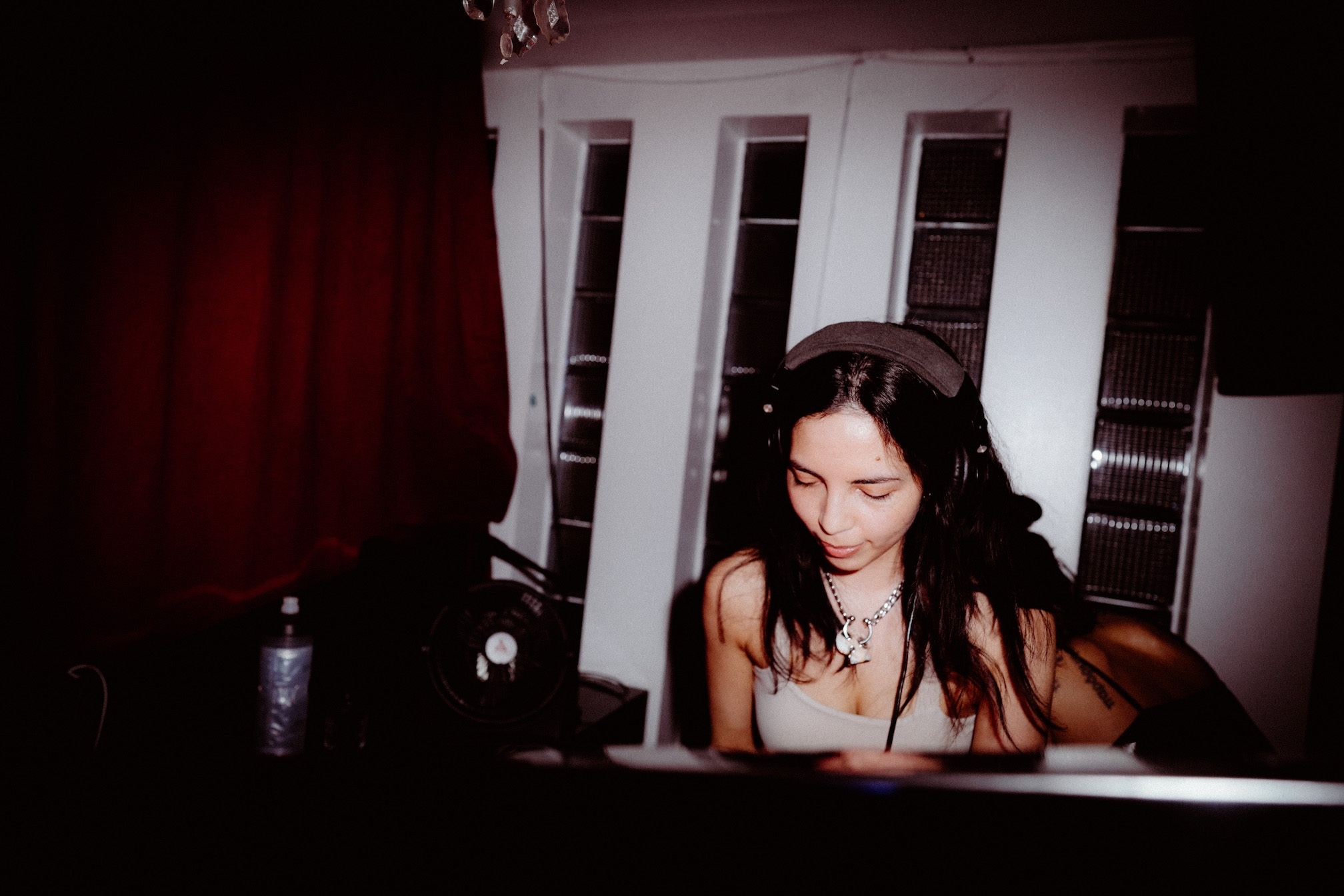 “My British dad grew up in Coventry loving rock and music festivals which is where I get that from, but he hated pop. Whereas my Filipina mum loved 90s radio ballads so we’d have compilation CDs playing Toni Braxton and Celine Dion on the way to school. I’ve kept all of those CDs and still listen to them in my car now. I also have a huge family in the Philippines and karaoke is such a big part of the culture, so I grew up watching my family take turns on the mic and dreading when they’d put me in front of it, but I enjoy it so much now and my dad really bonded with my mum’s family over it because he actually loves the old crooners. My uncle will livestream himself on Facebook doing karaoke for two hours that’s how deep it is, and I always tell people the story of the ‘My Way killings’, which is a phenomenon in the Philippines where multiple people have been killed in separate incidences for butchering the Frank Sinatra song at a karaoke bar. Ironically, it was my British grandfather’s funeral song.”

With a support system of well-endowed creatives across the board in the UK, and increasingly fostered relationships in the Philippines, Angela’s insightful approach to her artistry stems from her unyielding yearning to learn — along with the wisdom to keep her mind wide open. It’s allowed her to continuously discover the archipelago’s infinite pools of talents, crews, and creatives.

“Even though the electronic music scene [in the Philippines] is small, it’s very supportive and open-minded. Outside of clubs, there’s a healthy scene in live music and loads of people I’ve met play in bands. People here have such a wide understanding of music as a whole and I learn a lot every time I’m here, especially about the history of music culture in Manila, I had so much fun going through [a newfound friend and Futur:st’s co-founder], Leah’s stash of music memorabilia that dated all the way back to her mum’s collection of party invites from the 60s and a really well-preserved collection of gig flyers from the 90s/00s.”

She continues: “In terms of the cultural exchange of course there are differences and it’s been fun to finally party again post-pandemic and watch how the night will play out in such a drastically different environment to the UK, but the takeaway is always the same which is that nightlife is so integral to communities and watching the reintroduction of nightlife in both cities was proof of that. I watched venues reopen in London last year and then landed in Manila just as they reopened here.”

In a still male-dominated industry, Angela is no stranger to discrimination, whether she was working behind the scenes or at the front of it. However, she isn’t one to be discouraged by it, thanks to communities and collectives that are bent on tipping the scales in the two countries she calls home, and beyond. 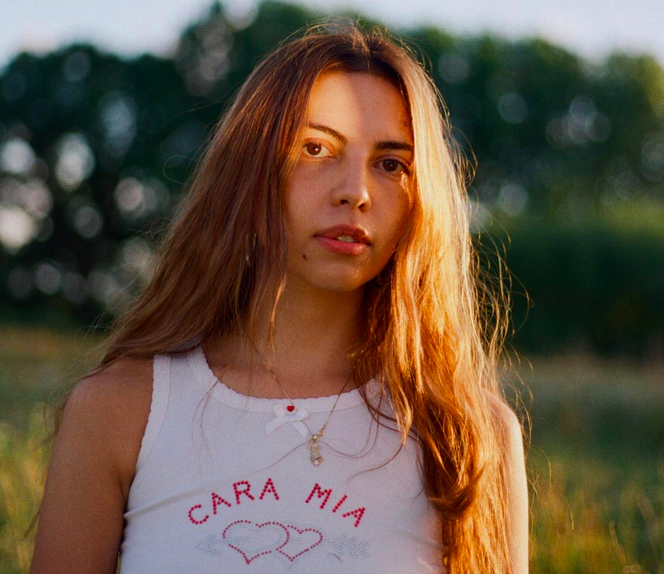 “The sad thing is that it’s not just public-facing women and performers who experience that discrimination but also those behind the scenes which is where I’ve spent the majority of my career, so there have been countless times where I’ve worked in various venues around the world and been made to feel uncomfortable. I don’t feel especially disheartened by it because I know so many women at the top of their game who are constantly exploring different models of nightlife events, and for every festival bill that’s mainly males, there are increasingly more being created that highlight more women-identifying and queer artists who can perform unapologetically in new spaces carved out, especially for us. Those are the events that we can be excited by and by showing support for them we can create more demand.”

Angela’s recent six-week immersion in the Philippines was anything but dull, with a discovery that’s as surprising as it is re-affirming.

“The scene in Manila is really nurtured by women and that’s refreshing to watch, women are really pushing it forward and building the spaces for it to thrive. I think the lack of nightlife infrastructure presents a challenge that people here are willing to tackle because Filipino culture is so resourceful and that shows up in all creative industries. Club spaces come and go but I’ve heard of raves happening everywhere from old colonial Spanish forts to beaches to church basements.”

Zooming out, it’s crystal clear that Angela’s love for music and film has always been intertwined. Though she may be new to DJing, it shouldn’t come as a surprise that she’s bound to find herself across continents again. Only this time, it would be her commanding a crowd of long-deprived ravers with a bevvy of floor fillers and still, a camera to capture the moment.