As the drop date for the third volume of Billboard Presents: Electric Asia draws near, I wanted to go back and re-trace the journey so far. It's been a rewarding and groundbreaking experience, and we're only just getting started. The groundbreaking part was convincing Billboard in the US to trust us in curating the 'Best of Asia' series when they had never done anything similar previously. The rewarding part is working with such an iconic (for this Yank) company and meeting all the outstanding talent that we've assembled on the albums over the past three years.

When we started b2 Talent Asia in 2016, we were concerned only with managing and developing emerging Asian music talent and helping them find success in the West. Three years on and we do a lot more than that, but nothing tells the b2 story better than the evolution of our Billboard branded compilation series: Electric Asia.

Luckily for us, my partner Jon Serbin also happens to be the head of Asia for Billboard — so we had a special relationship with the 125-year-old brand to begin with. Over our first year, we talked a lot about how difficult it had been traditionally to get the US to pay attention to Asia’s music scene. Of course, that’s been blown out of the water now by K-pop and even more recently the growing acceptance of Asian hip hop. But it’s still an uphill battle and as we started to manage a couple of very talented acts, we hit upon the idea of creating a compilation series that would showcase the best new and established Asian Dance and Electronic music — but branded by Billboard, which we hoped would be attractive to both the East and West. We pitched it to the New York team, and to our surprise, they were all for the idea.

In June of 2017, we released Electric Asia Vol. 1, and it was indeed a moment in the evolution of the aforementioned East-West musical divide. We secured original and exclusive tracks from an array of talent from all over the region — and pretty much everyone was excited to get on board. From our own roster, we locked down tracks from Korean heartthrob DJ Soda ('Stay Sweet') and Ex-Wondergirls' Jessica Jung ('Wonderland').

How we did it is another thing, as Soda wasn't really making music yet, and Jessica wasn't making dance music. So we got DJ Soda in the studio in Seoul and asked her to make music that she would want to spin. She took her 'sweet' time (while I acquired more than a few grey hairs), but we emerged with a funky, trappy and bouncy record that we all really liked. Jessica, on the other hand, had a massive single that was sweet and airy, but it was definitely not electronic. After some pushing, we found out that her company had commissioned a house remix by highly respected Korean DJ Punch $ound. We asked to hear it and bless him, it was sublimely housey and very danceable.

We had so many great tracks on that album, especially SILVERSTRIKE feat. Shimica's EDM explosion 'Drop Me in the Air'. SILVERSTRIKE appeared on the album a second time this time remixing Thailand YouTube queen Jannine Weigel's 'Raindrops'. We also heard from India's Bass king Nucleya with 'Bass Rani', Ksuke from Japan with his own hit 'Pool Feat. Meron Ryan' and Miss Yellow from Hong Kong with her haunting, syncopated 'Satellites' to name a few. 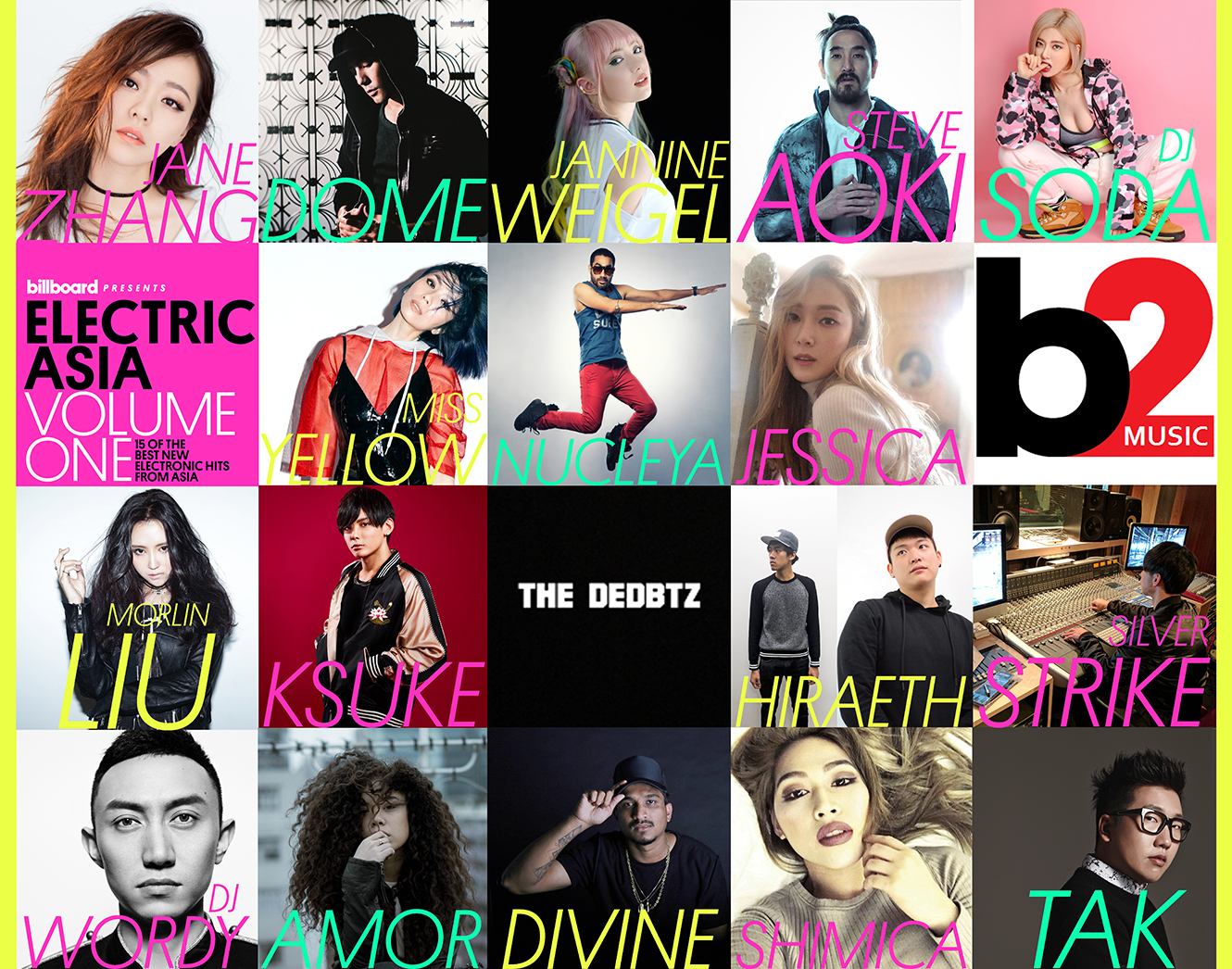 But as we were getting ready to close out the album, we still needed one final track and went back and forth over a few options. As this was going on, we were also helping Chinese superstar Jane Zhang put together a prominent New York event for the Grammy Awards. One day, in conversation with her manager, we found out that she was sitting on a Steve Aoki remix of her smash hit 'Dust My Shoulders Off'. What? Had it been released? No. Why? It wasn't hip hop enough, or something along those lines was the answer we got. This begs the question, why go to Steve Aoki for hip hop in the first place? It didn't matter, what mattered was if we could license it for Electric Asia. We got the green light and in our hands we now we had a massive tune to lead with. That remix went on to be QQ Music's song of the year in China, with thanks to Jane and Steve.

The success of volume one taught us a few things.First, we learned that these collaborations between Asian and Western artists were a great way to go. Secondly, we needed to make an exclusive deal in China, as that was where the most love was coming from. After some back and forth, we made an exclusive distribution deal with NetEase Cloud Music in China — mainly because they were so dedicated to dance music, hip hop and RnB (by now we also had a new license with iconic US Urban magazine VIBE). With a NetEase agreement in place, we had begun paving the way for volume two. By now, we were getting a lot of call as placement on the compilation was starting to be seen by Asian artists as an excellent way to get their music out in the West, and through collaborations, the opposite was true for Western acts. 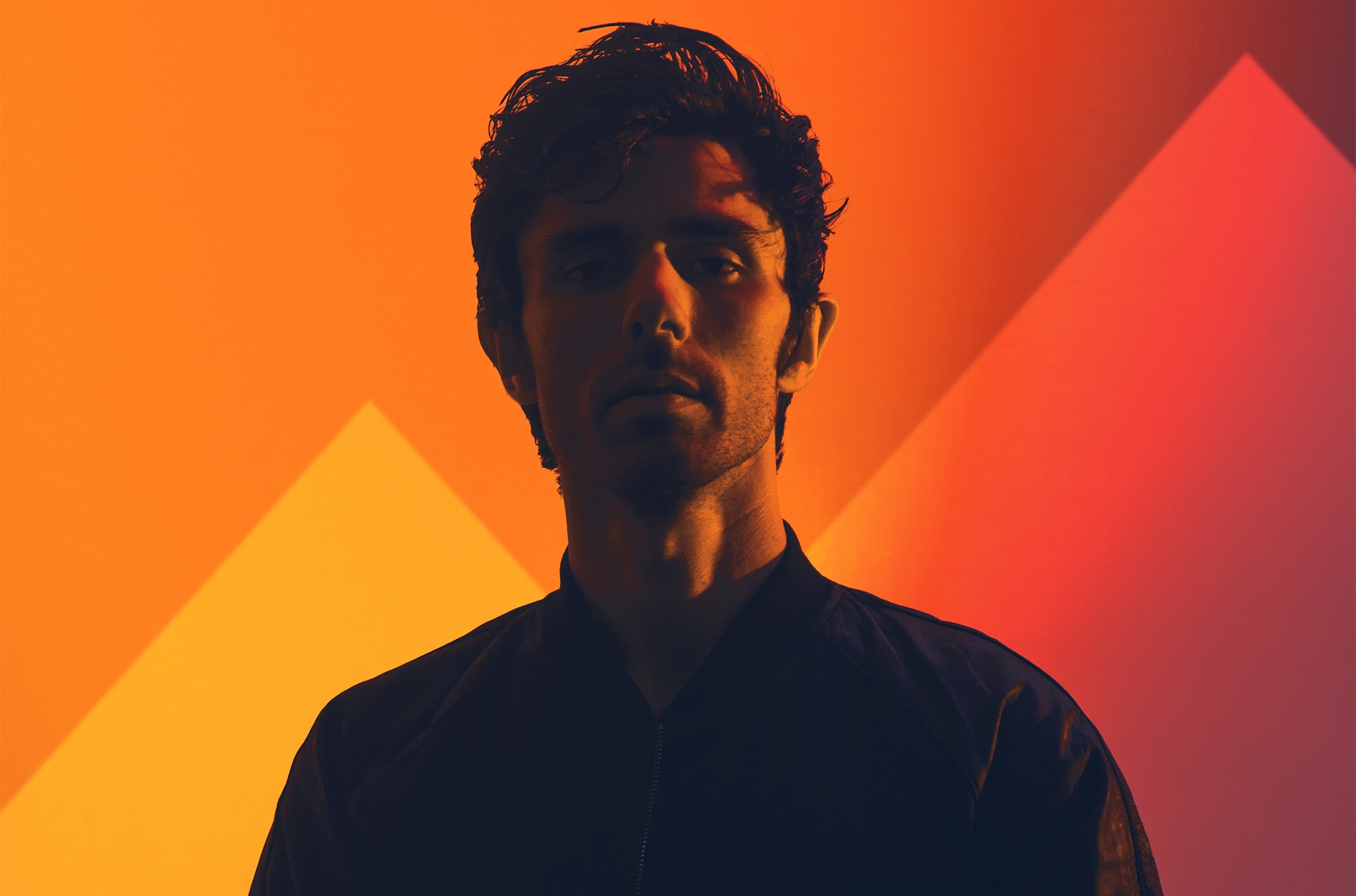 We took our time with volume two. In fact, in between we dropped VIBE Presents: Urban Asia Vol 1 and by September of 2018, we were just about ready to release Electric Asia Vol 2. This time, we worked even harder to create a massive East-West collaboraton and this time it came in the form of KSHMR x Bali Bandits feat. Jason Zhang's 'Lucky Chances'. Talk about win-win from a marketing perspective: KSHMR has a huge social following in the West, and China being China, Jason Zhang has over 30 million Weibo followers. As a lead single, we couldn't have really ticked any more boxes. Eventually, it was released with great fanfare, and the two artists took over Billboard Dance's Instagram for the day creating huge reactions and comments, both from KSHMR fans and the worldwide Chinese dance music diaspora. This song also topped NetEase's charts and became one of the top streamed tracks of the year. 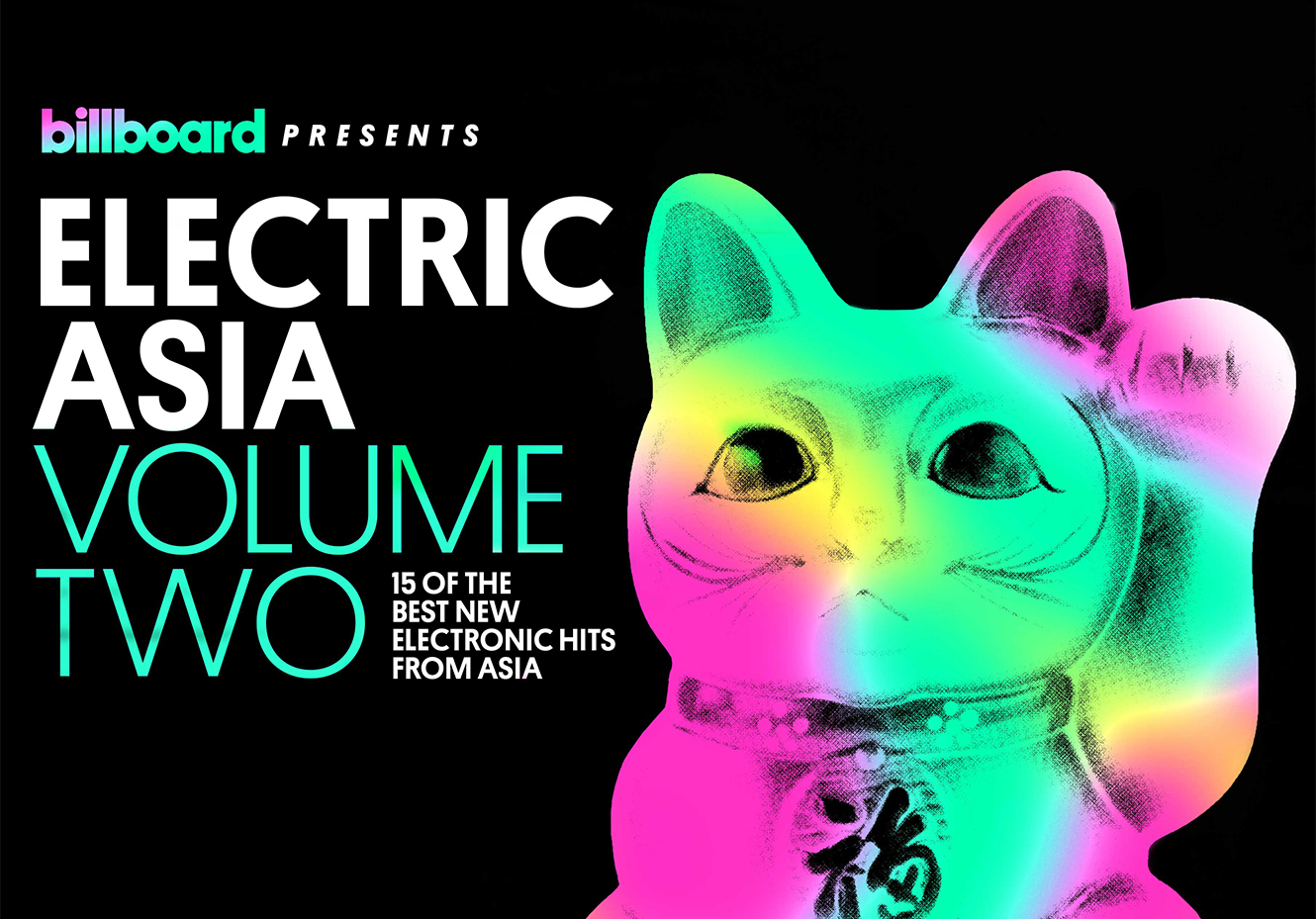 The rest of the album was also an incredible journey, and very eclectic — something we take great pride in for all these releases. Chinese DJ Lizzy Wang provided her EDM anthem 'Chasing the Light', Vietnam's top DJ Hoaprox gave us 'I Can't Find You', India's Bollywood playback King Sonu Nigam delivered a Jim Beanz (Timbaland) penned monster 'Hall of Fame Feat. MC Yogi' and two generals of the dance floor, Ken Ishii from Japan and Beijing's Mickey Zhang collaborated on 'One 9 in Sanlitun'. By then, there was already so much talent assembled on this album, we thought it would be hard to top, but we did. Tia Ray from China's Voice of China gave us 'Pink Power' (remixed by our old friend SILVERSTRIKE), Former K-pop star JIA gave us the beautiful and throbbing 'Weapon', iamSHUM from Japan crashed the party with his Big Room/Festival beast 'Let's Carnival' and so many more. In the end, Electric Asia Vol 2 out-sold Electric Asia Vol 1 two to one.

And here we are nearing the premiere of Electric Asia Vol 3. Without revealing too much, it suffices to say that everything we’ve learned over the past three years is going into this one —which doesn’t necessarily mean bigger names and blockbuster collabs (but it might). Sometimes less is more. Sometimes more is more. The dance music scene shifts and evolves — big rooms turn into secret parties, and festivals turn into eclectic, word of mouth affairs that often turn into the best parties of the year. We’re following what’s happening on dance floors and decks around Asia, as well as the new releases from new and old names that make their way across our desks and through our speakers — it’s always exciting and always fun. So keep an ear out for Billboard Presents: Electric Asia Vol 3 —dropping in late November 2019.