A little over a year ago a secret construction was taking place on Hanoi’s historic Ta Hien street, that once completed would immediately change the face of Hanoi’s nightlife forever.

Ta Hien is a short narrow thoroughfare crammed with side by side little shop fronts, known to travelers and locals alike as the place to go for beers and people watching. Close to Hoan Kiem lake; the heart of old quarter, Ta Hien street is also the heart of Hanoi’s nightlife.

At night businesses hawking food and drink flood the street from either side with customers cramped together on low plastic stools, filling the avenue almost to the middle so that you can only traverse from end to end by walking single file in a zig-zagging motion - an iconic and unmissable part of the Hanoi experience. But beyond that there is nothing unique about this street, it is small and the architecture is French colonial… just like all the other labyrinthine streets of Hanoi’s old quarter.

Rumors of an entirely new nightclub concept were scoffed at, locals thought it would feel totally out of place in Ta Hien’s charmingly down to earth old Vietnam style. How could it be possible when the street is so small and the buildings are so narrow and short? Where would a nightclub fit? 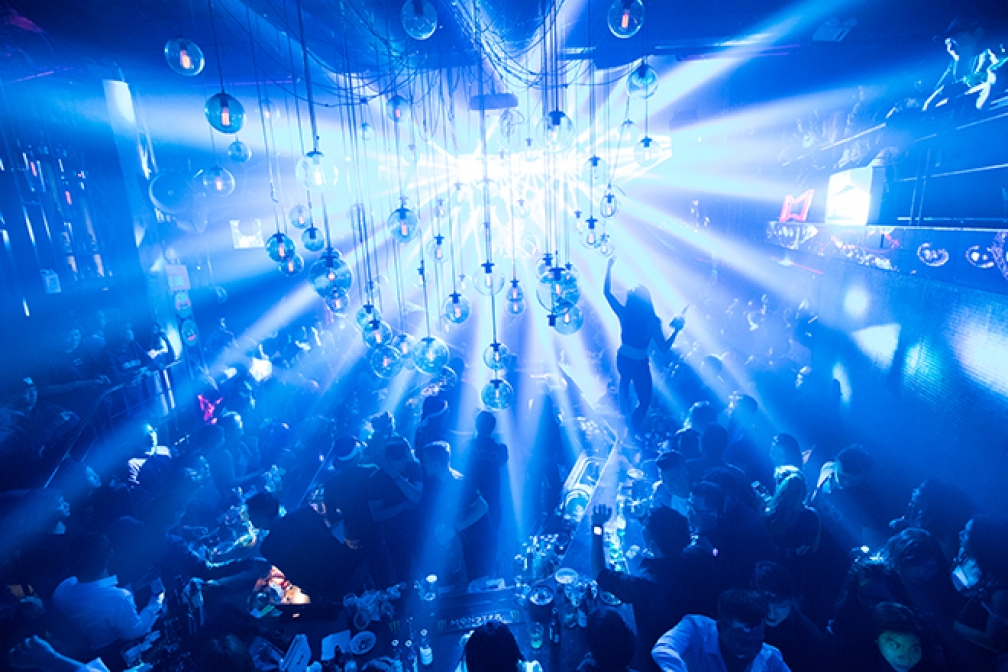 Quang Lac Theatre was the answer. Somehow one of these small business fronts was actually an entrance and hiding behind it was a vast space. An almost forgotten theatre that was built at the start of the 20th century, it had previously been a renowned space for cultural performances, music and dramatic shows. However, successive wars of independence a civil war and a well known American war, followed by decades of tight gripped Communist control fearful of the dangerously subversive power of the arts meant the theatre became closed up, abandoned, and dilapidated.

Now reopened with a new energy and named 1900 (subtitled “Le Theatre” to pay tribute to the memory of its former glory) from the outside it blends with the rest of the street with perfect subtlety. However inside the décor is a heady mix of styles and themes, with history and art being the main influencers. First paying homage to its location, the fixtures mimic the iconic details of the historic old quarter streets outside. Steel frame girders, Identical to those found all over Hanoi’s streets, are seemingly part of the structure, old-school public address speakers and street signs adorn them. Wall art ranging from Vietnamese traditional portraits to communist propaganda and modern abstract street art give the place eclectic splashes of colour. Beyond the foyer the venue opens out to the cacophonous former theatre further inside. Gone are the seats and the stage and the only lingering reminder of the playhouse that once was present are the heavy velvet stage curtains, running down from the ridiculously high ceiling, funneling your vision towards the dais stage. There stands a raised central podium for DJs to perform on, with 360 access all around. When the venue is packed, the DJ seems raised up and surrounded in the middle of a baying crowd. 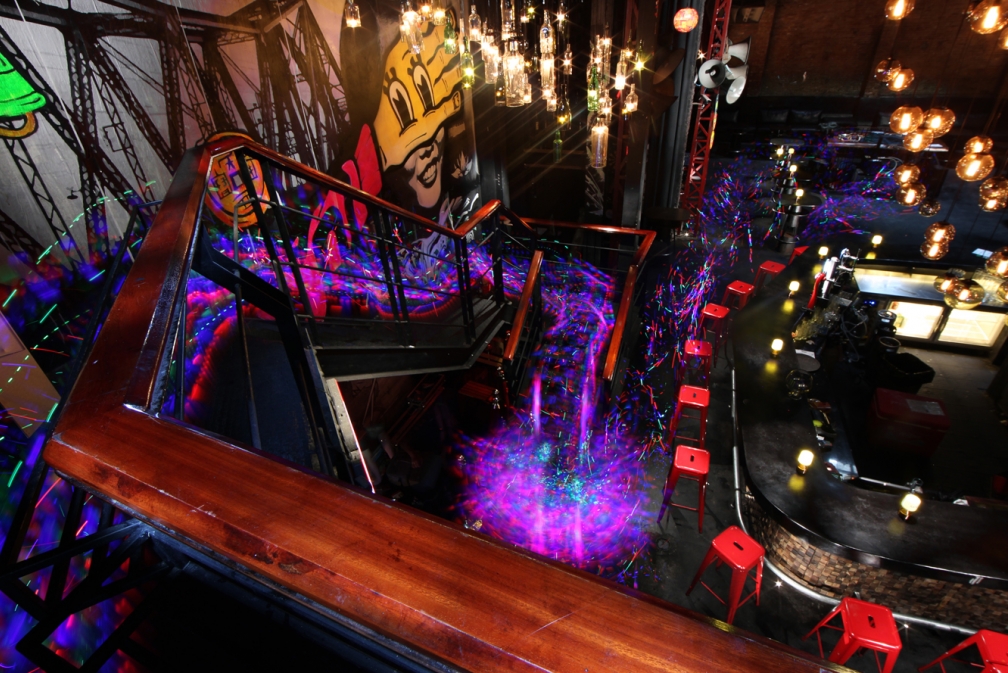 Originally the club opened with full Funktion 1 sound, but just this month upgraded entirely to a L-Acoustics system, the favoured sound system of clubs like Omnia, Hakkasan and even arena shows for the biggest live touring acts in the world.

Not wanting to put the best club sound Vietnam has ever seen to waste, the venue has played host to some big names in its short time in existence. Acts like JAUZ, Ookay, NGHTMRE and Headhunterz have played here. Continuing to push the envelope they are also this month hosting Boiler Room featuring the enigmatic and always entertaining Egyptian Lover and Juan Atkins (widely credited as the creator of techno).

This club changed the game in Hanoi. 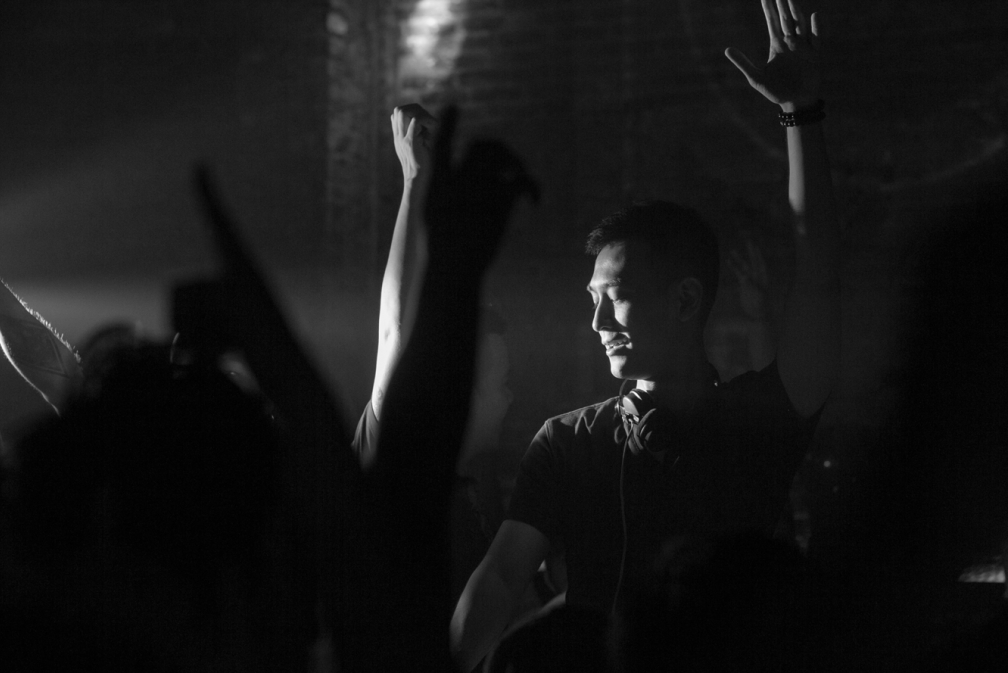 Hanoi has sadly had a long reputation for its lack of a proper nightclub scene for travelers. Most venues were exclusive feeling, table service with reservations only, garish design, misguided over use of LED screens everywhere and a feeling of not being welcome to just rock up to the door. This has definitely been changing recently, but many have been clearly afraid of straying too far from status quo.

1900 is a huge leap forward from the norm. No LED screens and no need for reservation. There are tables, but fewer than is usual in a Hanoi club and there is also an actual dancefloor around the stage. A standard for nightclubs you would think, but not so usual in Hanoi. Its the first Vietnamese targeted club where the locals go to the bar to order their own drinks. Walk-ins are common and welcome. It's also the first big club in Hanoi where you can just arrive alone, wait for friends or meet new ones and not feel out of place chilling at the bar or exploring the club.

The opening also closely preceded the recent changing of opening hour laws in the old quarter in a bid to attract more nightlife seeking travelers. The face of the old quarter has since changed drastically, with many venues investing in makeovers to embrace this new identity as a party capital. But the 1900 influence can be seen in a lot of these renovations. Some have blatantly attempted to copy the décor and feel of the place but like with most rip offs a lot of these attempts seem cheap and hokey in comparison and the essence can never be imitated. Especially when the inspiration came from a very innovative and creative team who seek to change the perception of clubbing in Hanoi.

And that’s what they aim to continue doing. They are heavily motivated to continue innovating and leading the way. If there are imitators that can only be good for the local scene in the long term. And Hanoi is a rapidly changing place in recent years. As new concepts emerge and are embraced, these concepts pick up speed very fast. So if you plan to come to Hanoi soon be sure to give 1900 a visit, and this is said with no hyperbole, witness the future of an entire’s cities nightlife in the making.